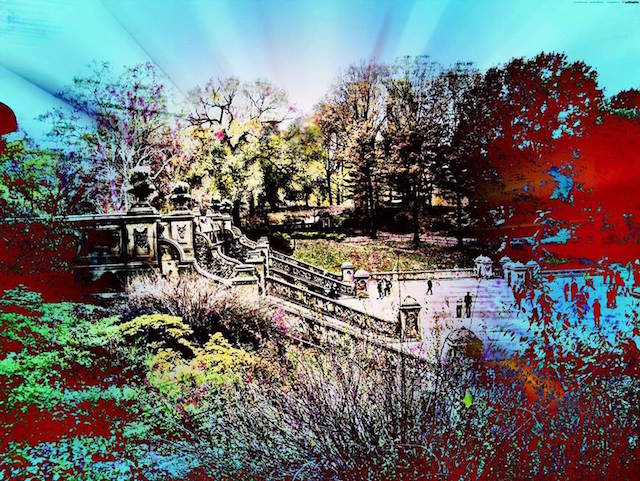 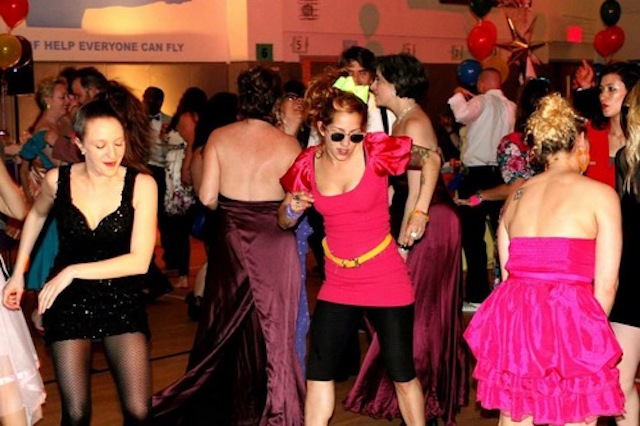 The Red Hook Prom is back this weekend. Photo: Cora Dance

Hope you guys like cold, wet rain and GOP presidential nominee Donald Trump, because both are settling in for a bit and almost making me want to temporarily rename this column “Your Less Than Ideal Week.” Fortunately, we found heaps of cool stuff happening around these parts to distract you from some of the grimmer aspects of life, so go on and get right into it.

I told everyone a while back to buy a ticket to see Gillian Anderson and Ben Foster in the St. Ann’s Warehouse revival of A Streetcar Named Desire, but now that it’s officially opened and the Times dropped this intriguing review, consider this a PSA to secure tickets before they’re all gone. I’m going tomorrow night and can’t wait. It’s also Cinco de Mayo on Thursday, as if you needed an excuse to eat tacos and the other riches of Mexican cuisine. La Lobo Cantina, which we featured recently, is doing  $8 margaritas, $6 micheladas, and $8 Ilegal Mezcal pours.

If you’re looking for a good place to watch the Kentucky Derby on Saturday (not to mention avail yourself of a proper mint julep), there are parties going on at The Bell House, Union Hall, Humboldt & Jackson, Berg’n, and Mabel’s Smokehouse, to name a few (seersucker and silly hats optional). Check out our other ideas to make the most of your week below, and try to hang on to those umbrellas for the next few days! See you next week.

Support Jobpath and fill that blank space on your wall, Thursday night.

Got a white space on your wall that you’ve been hoping to fill with some actual artwork? Sign up for the Jobpath Art Heist Show, which is being billed as a night of cold beer and hot art, happening at Brooklyn Brewery on Thursday night. With a $200 or $65 ticket, you’ll be guaranteed all the beer you can drink and a bona fide piece of artwork to bring home with you (the more expensive ticket just means you get an to choose from among the available canvases earlier). If you aren’t in the market for art, you can still support Jobpath’s awesome programming to support developmentally disabled adults by buying a $30 ticket for unlimited beers and light refreshments.

I’m not one of those people who vehemently hates cats, but being mildly allergic means that I am not huge fan of felines crammed into diminutive New York spaces, so the Cat Café concept is not one that has a lot of immediate appeal for me. Based on my Twitter feed, however, it appears that I am in the minority on this score, so I would be remiss to not mention that Brooklyn’s first permanent cat café is officially opening its doors on Friday in Brooklyn Heights. They are celebrating with a grand opening bash from 6-8pm, hosted by comedian Ophira Eisenberg, so if you are looking for a kitty fix this is a great bet.

In addition to all the Kentucky Derby parties listed above, Saturday presents a couple of great ways to be active and support deserving local causes at the same time. First up, you can kick off cycling season at Bike the Branches, a daylong biking event and fundraiser for the Brooklyn Public Library that encourages participants to ride to as many of the library’s 60 branches as possible for food from Smorgasburg vendors, special programming, and the chance to win prizes. This year, you have the option of taking one of four guided tours being offered in collaboration with Get Up & Ride for $40, or simply paying the basic $20 registration fee and going at your own pace. Later on, head to Red Hook for the fourth annual Red Hook Prom, and 80s and 90s costume dance party and silent auction to benefit Cora Dance’s pay-what-you-can dance instruction. You can expect all of the advantages of a real prom (awesome DJs, a photo booth, food, spiked punch, and a prom king and queen) without any of the cons (being in high school).

Crown your mom with flowers on Sunday. Photo: Red, Rose and Lavender

Grab your favorite mom on Sunday and treat her to a special Mother’s Day, mimosa-fueled flower arranging workshop at Threes Brewing starting at noon. An $80 ticket provides you all the materials and instruction you need to make a gorgeous bouquet and two mimosas.   Alternatively, head to Liddabit Sweets’ headquarters in Industry City at 2pm for a chocolate and flower-crown workshop. A ticket for two is $85, but you will go home with a box of delicious chocolate made by you and a beautiful headpiece of fresh flowers from Rose Red & Lavender.

Start the week off with some Monday night laughs at the Savage Comedy Show, a new stand up showcase at Cobble Hill’s Fawkner bar. Produced by veteran comics Cipha Sounds, Chris Distefano, and Lukas Kaiser, and hosted by Aalap Patel, the show features a stellar lineup this week, including Kerry Coddett, Seaton Smith, and Boris Khaykin of Broad City, who will be presenting a guest lecture on the topic of physical fitness. The fun starts at 8pm and admission is totally free.

On Tuesday night, Bushwick’s House of YES is hosting a special screening of The Warriors, the controversial cult classic depicting 70s-era New York City gang wars. Part of the Little Cinema series, the screening will be partially scored live by music collective Black Lodge, and selected subway performers from all five boroughs will provide additional entertainment. Tickets start at $12.

One of the best things about living in Brooklyn, and NYC in general, is the remarkable diversity of the people you meet every day on the street, the subway and the supermarket, and a certain politician’s efforts to shut down our borders is a stark reminder of how vulnerable some members of our community truly are. On Wednesday, Brooklyn Historical Society is offering a unique opportunity to expand your horizons and learn about the challenges faced by Brooklynites who came here as refugees escaping persecution in their home countries. City Limits Executive Publisher Jarrett Murphy will moderate a panel discussion featuring experts who work with and advocate for local refugee populations starting at 6:30pm. Tickets are just $5.