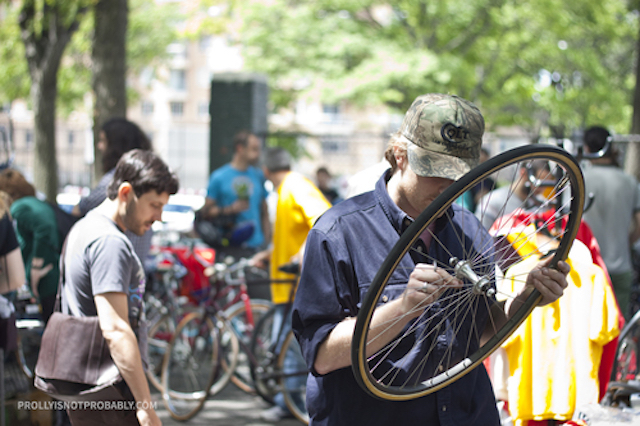 Greetings BB’ers, it’s Wednesday again and it’s gorgeous outside! One of those days that makes you stop for a minute on your walk from the subway to work, take a look around at the greenery, the sunny skies, and the hum of activity going on around you, and thank your lucky stars for putting you here, in this unparalleled city, at this wonderful time of year. And just then, some livery cab driver lays on his horn right next to you and blows your eardrums out and you realize you are late for your meeting, and you forgot to pay your ConEd bill, and you walk into a cloud of dog pee smell (or is that human pee?) and you suddenly become incensed at everyone and everything, and the crazy New York City cycle of life continues. . . One thing that we know can help ameliorate the stress of the regular day-to-day in this town is to make sure you have lots of fun activities scheduled to keep you busy, and that’s where we can be of service.

Are you into meeting new people, exploring a new neighborhood, and getting great deals on booze, bites, and other stuff? If so, definitely grab a $25 ticket to our Cobble Hill Immersion before they sell out. The first in this summer’s series of immersions will take place next Saturday, May 21, and involves specials at places like 61 Local, Angry Wade’s, Fawkner, Stinky Bklyn, Diptyque and One Girl Cookies. But getting back to this Ideal Week ahead of us, please take a pass at all the good things we found to get into between now and next Wednesday, and make sure to take some time to literally stop and smell the roses, with Claritin if necessary.

Israeli cuisine is something I only really discovered within the past several years, and it’s now one of my favorite kinds of food to make and to eat, so I’m definitely down to check out the Brooklyn Museum’s tasting and special screening of In Search of Israeli Cuisine on Thursday night. The 2016 documentary is shot in Israeli homes, restaurants, and street vendor stalls, and explores the myriad cultural influences on the delicious food found there. The screening is at 7:30pm and is free, but if you can get there earlier and have $44 you can part with, you should sign up for the 6:15 pre-show dinner featuring 11 small plates of Israeli-inspired dishes (think tabbouleh, chicken pastilla, and grilled, marinated eggplant) prepared by award-winning chefs. Tickets are available here. For a totally different Thursday night option, make your dreams come true at Brooklyn Bowl when Hall & Oates tribute band, HmfO, takes the stage with some of the all-time best hits from the 80s at 8:30pm. Tickets are just $10.

You might know comedy veteran Greg Proops from Whose Line Is It Anyway?, his standup specials, @midnight on Comedy Central, or one of many other projects to which he has lent his talents over the years. This Friday night, you can see him live and in person at The Bell House, where he will be recording an episode of his popular podcast, The Smartest Man in the Room, at 8pm. Tickets are a bargain at $15. Also on Friday, Amy Haimerl, whose rehabbed home you may have seen recently in The New York Times, will be in her old neighborhood, Red Hook, talking about her new home in Detroit, during a Q&A for her new memoir, Detroit Hustle.

On Saturday, the bikes are taking over, starting with the 7th annual New York Bike Jumble near Park Slope’s Old Stone House. A few years ago, I scored a Bern helmet for almost half off at the gathering of gear vendors, and you can also pick up whatever you need to up your cycling game (including a new or used bike), as well as lots of tips from the experts. Once you are outfitted like a pro, grab whatever you own that glows in the dark and head out to Greenpoint by 7pm for the start of the Brooklyn Bike Rave, a 7.5-mile long night ride and dance party to benefit the Brooklyn Greenway Initiative. A cheaper option is Time’s Up’s free moonlight ride through Prospect Park, which begins at Grand Army Plaza at 9pm.

If you want to get a bead on what nearly 75 local, painters, printmakers, jewelers, woodworkers, textile designers, photographers, and other artists, makers, and manufacturers are up to, they will all be throwing their doors open to the public during Industry City Open Studios this Saturday and Sunday. Drop by between 1pm and 6pm on either day and you will be treated to an intimate tour of a bustling hub of creativity right here in Brooklyn–who knows, you might just be inspired to embark on an artistic endeavor of your own. If you’re there on Sunday, consider a stop at the Royal Palms on the way there or back for the Brooklyn Taco Takedown 2016. For just $20, you get all-you-can-eat tacos and a chance to help choose the winner of the top taco title. 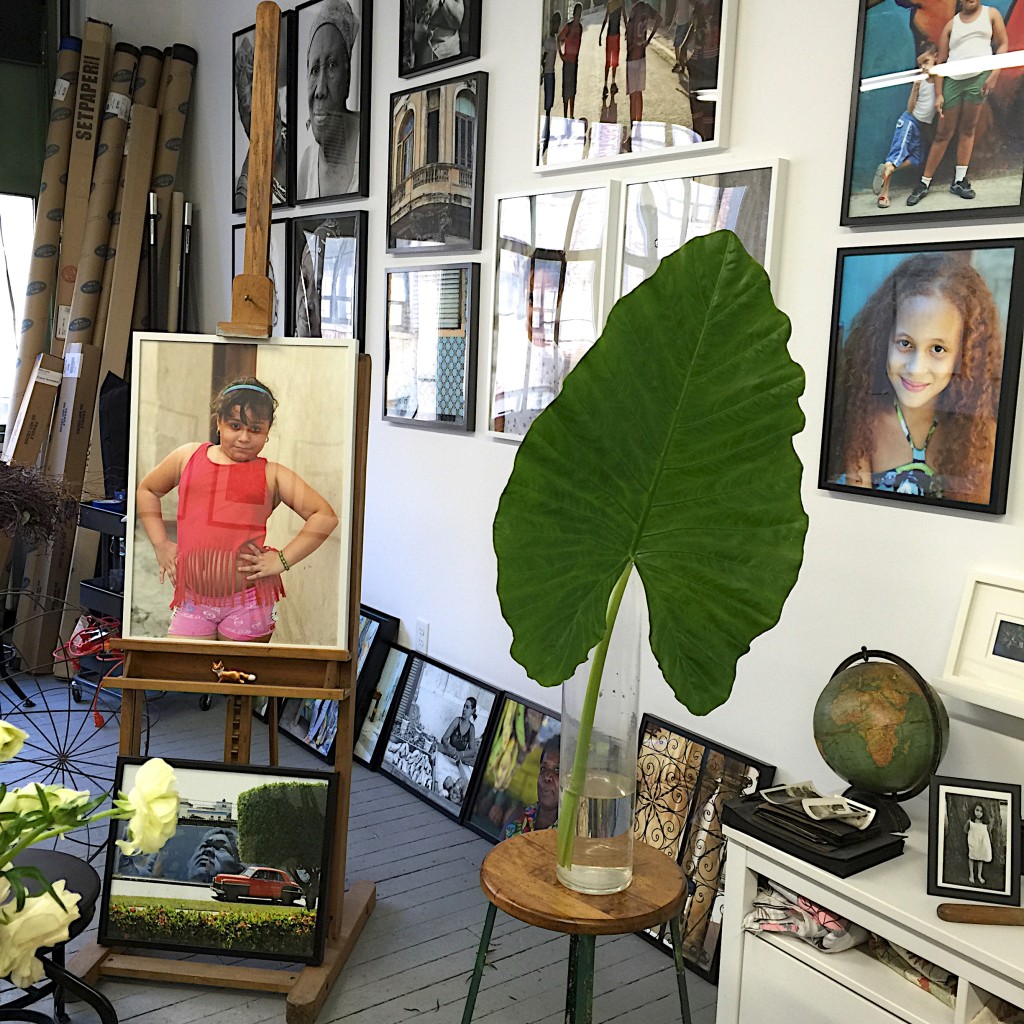 Carol Dronsfield’s photography work will be among the studios open to the public at Industry City this weekend. Photo: Industry City

For obvious reasons, most people aren’t clamoring to really blow it out on a Monday night, but there’s no reason to hole up with takeout and crappy reruns tonight either if you don’t feel like it. Why not pop over to Federal Bar for Americana Monday, which involves fried chicken, live music, and drink specials on all American whiskeys and beer from Gun Hill Brewing Company Gold?

Tuesday night brings The IFC Brooklyn Backyard Comedy Showcase to Littlefield, and it looks like a pretty super lineup is on the slate. The very funny Aparna Nancherla hosts, and Jo Firestone, Joe Pera, Joyelle Johnson, Anthony DeVito, Bonnie McFarlane, and Matteo Lane will be performing stand up, and you get to see it all live, for free, with your RSVP. But wait, there’s more– your entry also gets you a sneak peek at the pre-premiere screening of IFC’s Comedy Bang Bang!, free BBQ, games, prizes, and more. Doors open at 6:30 and the show starts at 8.

If you’re familiar with the work of writer/feminist/pop culture maven Lindy West, who has contributed to Jezebel, GQ, The Guardian, This American Life, you already know that she has an unusual gift for injecting some pretty substantial topics with her strong, unshakeable voice and masterful use of humor.  Her much-anticipated debut book of essays, Shrill: Notes from a Loud Woman, hits the shelves on Tuesday and she’ll be at WORD Brooklyn on Wednesday night to read, talk, and sign copies. An RSVP is encouraged but not required.