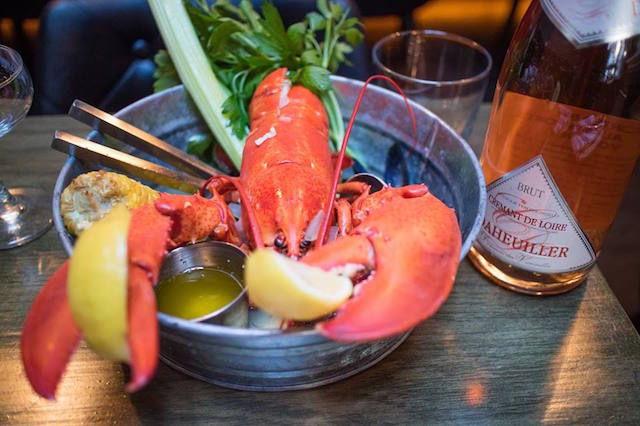 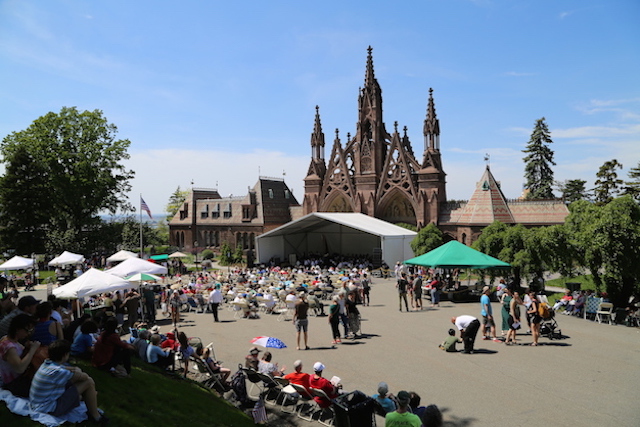 Yippee! It is AMAZING outside today, and I have to tell you that this weather couldn’t be better timed as far as I’m concerned. I’ve spent the last 36 hours and counting in that special place in hell known as the UPS customer experience, and have needlessly missed a day of work, endured an abysmal journey to the dispatch facility in Canarsie that was clearly the inspiration for this, and spent about half my waking hours on the phone, all in my ongoing attempt to own an actual bed frame for the first time in my adult life.

Point of my boring tale being: It’s high time for this week to start feeling a little more ideal! And it already does–we’ve got certified flip-flop weather and a three-day weekend looming. Not just any long weekend, either, this one includes the opening of city beaches and Governors Island for the season, so there are lots of great ways to get outside and enjoy the outdoors even if you never got it together to plan a trip out of town. If you are looking for a good read to bring to the Rockaways, hit up Greenlight Bookstore’s sidewalk sale on Saturday at 10am before you head out to Riis Park or Coney Island. And, while we’ve got your attention, you might want to snag a ticket to Birds, Beers & Burgers, a special dinner and viewing of Creative Time’s Fly By Night that’s going down at Brooklyn Grange Farm next Saturday, before they’re gone. But we really shouldn’t be talking about next week when there is so much immediately approaching stuff to set our sights on. Read on for our best tips of how to keep yourself occupied in the Ideal Week stretched out in front of us, and have a very happy and safe Memorial Day weekend!

The weekly lobster boil at The Regal might just be the best deal in Brooklyn. Photo: The Regal

Thursday, May 26  Edible Brooklyn has been throwing their popular Brooklyn Uncorked! event, a smorgasbord of vino from New York State wineries and great food from Brooklyn and Manhattan restaurants, for an incredible 10 years. It’s back again on Thursday night, and while the early bird deals have all sold out, you can still pick up a GA ticket for $70. This might sound like a hefty price for a regular old weeknight, but it’s actually still a pretty good deal when you realize it affords you access to this extensive wine and food menu. The best part is that we are heading into the first long weekend in a while, so who cares if you are a little bleary-eyed at work on Friday?

Friday May 27 Brooklyn-based movie buffs have been chomping at the bit for months now since the beloved-in-other-places Alamo Drafthouse Cinema announced that it is opening a new location in Downtown Brooklyn later this year. Starting this Friday, the stylish restaurant/bar/movie theatre will give us a small taste of what’s in store when it presents the first of three live outdoor screenings in Fort Greene Park. On tap this week is the quirky and hilarious Christopher Guest cult classic, Best In Show, and dog owners are encouraged to bring their dogs along to participate in a pre-screening IRL dog show. The movie will begin at sundown, and the event is free to everyone.

Saturday, May 28 Regulaaaaaators, mount up! It’s the last Saturday of the month, and that means that the glorious event known as Hip Hop Karaoke is returning to Brooklyn Bowl to give you a chance to show off your amazing flow and mastery of the lyrics to the best rap and hip hop tracks from the mid-90s to now. Check out the song list and start practicing now–your rendition of anything by Big Daddy Kane needs to be extra tight, because the man has been known to drop by! Tickets are $7 if you buy them online and $10 at the door, and the karaoke kicks off at 9pm.

Sunday, May 29 Everyone secretly dreams of chucking the subway commute and moving to Red Hook, right? Frequent summer visits will have to suffice for most of us, and this weekend is a good time to plan one of those because the Brooklyn Waterfront Artists Coalition is opening their 24th annual Spring Pier Art Show on Saturday and Sunday. The show consists of three different exhibits: Roode Hoek, which focuses on Red Hook’s Dutch roots and its current diversity; Wide Open 7, a national juried show selected by a Metropolitan Museum of Art curator; and Recycle, which celebrates the new re-use genre. On Sunday, rock/folk/blues outfit Fitz, Callan & Biggs will be performing live at 1pm, and The Repressions, a funk-rock vaudeville band, are up at 3pm. While you’re in the area, check out Home/Made’s airy, newish space on Commerce Street–it’s a lovely setting for brunch.

Monday, May 30 Do you have a list of “quintessential New York things you say you are going to do every year and yet somehow, years and years later, you have still NEVER done, not even once, and you kind of can’t believe it?” At the top of that list for me is the annual Green-Wood Cemetery Memorial Day concert, and my lack of attendance is even more inexplicable since I moved literally three blocks away from the cemetery entrance. With you all as my witness, I proclaim right now that it is HAPPENING this year. I mean, who do I think I am anyway? A person who doesn’t want a free outdoor concert featuring works by notable Green-Wood “permanent residents” like Fred Ebb, Louis Moreau Gottschalk, and Leonard Bernstein in one of the most beautiful spots in all of New York City? Well, I’m not, and the fact that I can grab food and drinks from vendors and get a picnic in the mix makes it all more enticing. Monday’s concert is totally free, although you should register if you can, and it starts at 2:30pm.

Tuesday, May 31 If you’re a fan of comedian Jo Firestone and her wildly popular Punderdome 3000 game show, which plays to a sellout crowd every month at Littlefield, you probably already know that the pun-stress extraordinaire is releasing a play-at-home card game version of her hit show next month. What you might NOT know is that our pals over at Brokelyn are hosting a pre-launch party at Halyards on Tuesday night, and attendees will get a sneak peek at the game and the chance to challenge fellow word nerds to a head-to-head battle for best sigh-inducing joke. The grand prize is your very own advance copy of the game to take home and play with friends whenever you want. Firestone herself will be joined by other pro punsters for a special panel on the art of the pun, Punderdome’s official parodists will be providing live music, and the barkeeps a Halyards will be mixing up themed cocktails just for the occasion. The fun starts at 8pm, and entry is free, but you should plan to arrive early if you want to compete.

Wednesday, June 1 We’re officially in a summer month, even if we’re still a few weeks out from the solstice, and that means it’s time to start hitting things like lobster bakes real hard. Williamsburg’s The Regal is hosting one every Wednesday night through September–for just $30, you get a whole lobster, a pile of steamed clams, a baked potato, corn on the cob, and, if you buy your ticket online ahead of time, a beer or a specialty cocktail too. OK, so eating dinner in the shadows cast by the BQE overpass might not be as scenic as a summer picnic on the Maine coast, but it can be just as delicious!