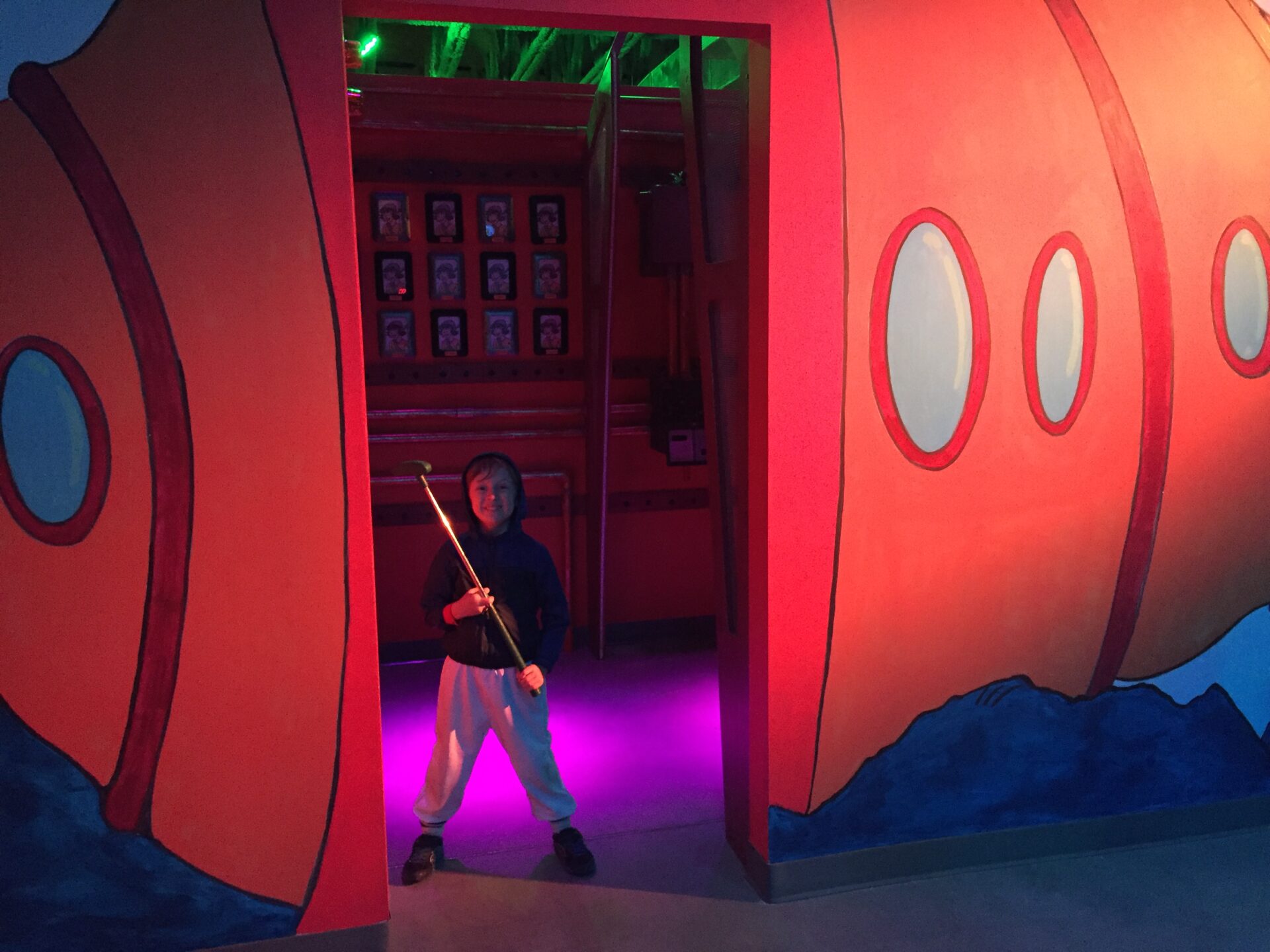 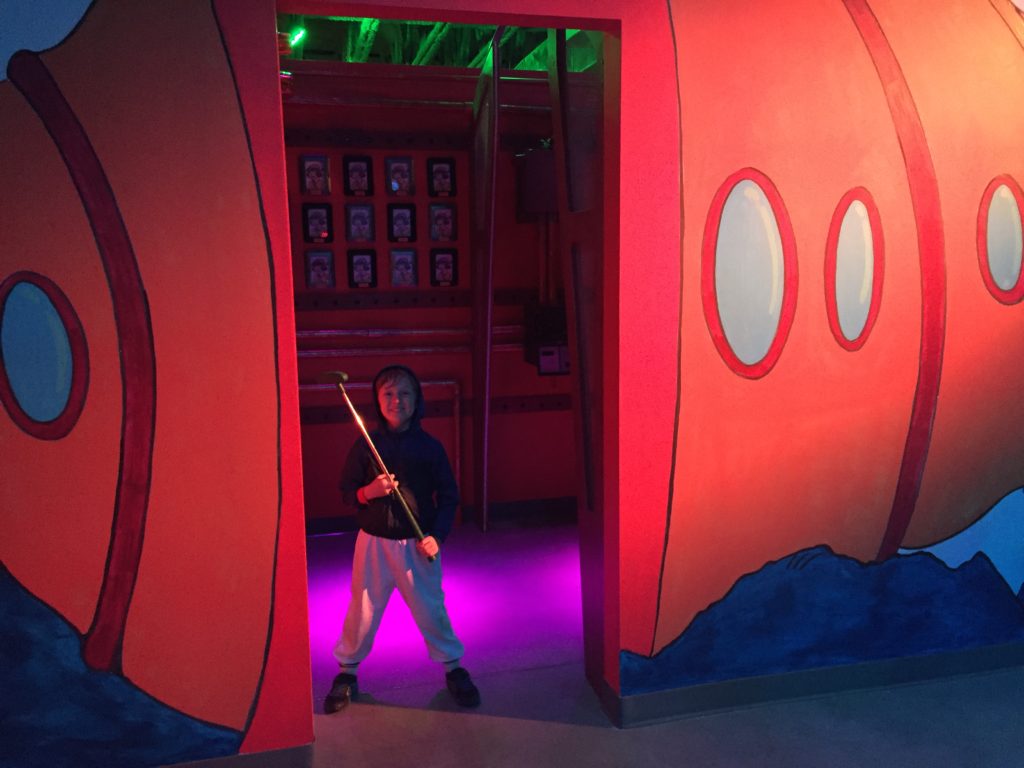 One of the nautical themed “courses” at Shipwrecked. Photo: Janah Boccio

As big fans of mini-golf, my family doesn’t have many options in the city to play as much as we’d like. We were so excited to hear that Shipwrecked had finally opened, we set sail for Red Hook as soon as we had a Saturday afternoon free.

Located in an unassuming beige building at the southern end of Court Street, you’ll think you’re at the wrong place, but you’re not! Inside there are signs directing you to the elevator, which you’ll take to the second floor. Upon entering, you’re transported to a maritime scene, complete with lobster traps, fish nets and eye patches. My 5-year-old was immediately hooked. “Be careful of the giant crab lurking behind the 5th hole!” he warned us, and made plans to steal the pirate’s treasure.

If it’s your first time, it’s worth the extra $5 for a bag of coins to dispense along the way. You’ll hear mixed-media tales of pirate ghosts, sunken treasure, volcanoes and train rides.

The 18 holes are spread out over four rooms, each with its own theme. The underwater room has shiny blue beads hanging from the ceiling and water ripples projected onto the floor. The desert volcano room directs you to set off a TNT explosion. The Coney Island room is full of shiny baubles and glitter. Sounds of waves and seagulls provide the perfect nautical soundtrack to your adventure. Some holes required you to hit your ball over a stream, or through a pipe, which necessitated going over par. My son took great pleasure in hitting the ball, no matter how many swings he needed to take. So did I, for that matter.

Shipwrecked also has private rooms for birthday parties and company retreats alike, and they will soon be offering musical acts and juggling performances in addition to mini-golf.

If you and your mateys get hungry, on the weekend you can amble down Bay Street and choose from the assortment of food vendors and trucks serving Central American fare. My favorite is a bean and cheese pupusa with a side of crema and pickled slaw. If you’re looking for a more formal meal, head over to Van Brunt. Brooklyn Crab and Hometown Bar-B-Que are great choices for seafarers and landlubbers alike.