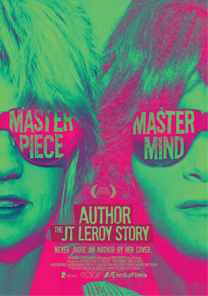 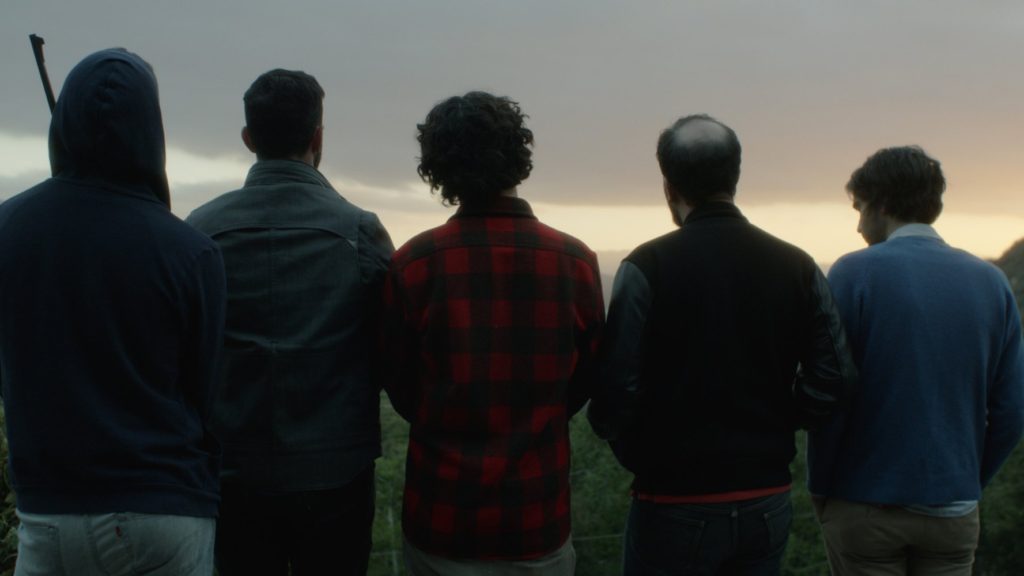 You probably don’t look at DVD covers much any more, or movie posters either. If you did, you’d notice that pretty much every movie that could plausibly be called “indie”–it was shot with just a premise and no script, the only camera used in filming was an iPhone, Ethan Hawke is in it–comes emblazoned with medallions announcing that it was featured in a whole pile of film festivals. The problem is that appearing in a festival is no guarantee that the movie is actually any good (just like having a $100 million budget isn’t a promise that a movie will even make sense).

Luckily we have BAM to sort through the festival scene and select the best, most thought provoking, most of-the-moment films to play at BAMcinemaFest, which kicks off next Wednesday, June 15.

Since it started in 2009, BAMcinemaFest has found its identity as a curated cut of movies that tap into some set of larger conversations happening in our culture. Past picks have included Boyhood, Tangerine and Ain’t Them Bodies Saints and each year’s program includes feature-length narrative films as well shorts programs and documentary. This year’s line-up is packed with movies that challenge ideas of identity, gender, adulthood, and what a film should accomplish. And yes, there’s some Ethan Hawke in the mix. Here are few that will keep you deep in conversation after the movie ends. 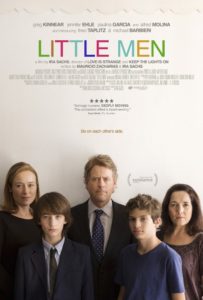 If you want to debate gentrification after the movie: Little Men

I’ve loved Greg Kinnear ever since he hosted Talk Soup on E! back in the 90s. His comedic genius has never really come across on the big screen, and maybe that’s because he tends to play sad, frustrated dudes. Or maybe making fun of talk shows is just shooting fish in a barrel. In any case, in Little Men he plays Brian, an actor married to a psychiatrist (Jennifer Ehle). His father has just died, leaving him a building in Brooklyn, which he, his wife and their son, Jake, (Theo Taplitz) move into.

Jake immediately bonds with Tony (Michael Barbieri), whose mother runs the clothing shop on the ground floor of the building. (Graham Avenue locals will immediately recognize Treehouse Brooklyn as the actual shop, and Café Capri across the street.) Brian’s father and Leonor (Paulina García), the shop owner, were very close, but she and Brian do not find the same connection. While Jake, who is charmingly shy and slightly weird, and Tony, an extroverted social butterfly who wants to be an actor, become fast friends, Brian and Leonor become increasingly entrenched in an ugly dispute over her lease.

Though that premise may sound like an overly pat gentrification narrative, it’s actually a nuanced conversation about how to make a life in New York City and how that affects our closest relationships. Brian and his family are not rich; they and Leonor could both be broadly considered middle class. While his sister is a bit of a monster, neither Brian nor his wife relish the idea of raising the rent on Leonor, and they try to find some sort of middle ground.

Most of all, Little Men exposes the gap between the dreams of adolescence, when all things seem open, and the reality of adulthood and the compromised and sucky decisions we’re forced to make to simply keep moving forward.

If you want to have a conversation about what it means to create a work of fiction after the movie: Author, The JT LeRoy Story

Do you remember JT LeRoy? If not, let me briefly catch you up. LeRoy became the toast of the literary world in the early 200os as an outsider artist, a wild teenage talent who had grown up hustling at truck stops alongside his mother, Sarah. His novels, Sarah and The Heart is Deceitful Above All Things made him THE literary talent for a time, and his androgynous beauty–LeRoy identified as gender fluid–and reclusive habits attracted celebrity attention from all corners. Before he started making public appearances, Lou Reed read an excerpt from The Heart at a book party at the Dietch Gallery. He made out with Michael Pitt after a lunch with the actor and director Gus Van Sant. It goes on and on.

Except JT LeRoy did not write those novels. JT LeRoy didn’t even exist. He was, get ready, the sister-in-law of Laura Albert, the woman who actually wrote both novels. If you want to see a documentary that is an investigation into how she fooled so many people and how they felt about it, this is not that film. (That movie is called The Cult of JT LeRoy.) Author is a deep dive into the world of Laura Albert, perhaps the least reliable narrator imaginable.

Interviews with Albert, interlaced with footage from events that LeRoy attended, and archival photos and home videos of Albert’s early life form the framework of the movie. There are also dozens of recorded phone calls with LeRoy’s agent and editor, and celebrity friends like Courtney Love, Billy Corgan, Gus Van Sant, as well as his calls to therapists and help lines, and other figures in this complex constellation. Albert’s explanation for LeRoy, she dislikes the term “hoax” because it implies that trickery was her central goal, is that she was traumatized by physical, emotional and sexual abuse as a child and that she felt more comfortable speaking in a male voice.

From the time Albert was a child, first in an abusive home in Brooklyn then in a group home, she would call help lines and pose as an abused teenage boy, she says. Later at the New School, she took creative writing and persistently wrote in the male voice. She speaks of these boys as “coming through” her and argues that as an overweight, insecure survivor of life-long abuse, this was the only way she could safely express herself.

She also points out that her work was always labeled as fiction, and if you want to reach back into that lit theory seminar you took junior year of college, Roland Barthes and his post-structuralist pals would have a field day with Albert and her crew. That alone is worth at least two post-movie drinks. Back in the real world, LeRoy’s confidants and friends, predictably, felt foolish and betrayed once the truth came to light, and activists in the gay community took issue with the idea that LeRoy, who Albert had identified as HIV-positive, had used that diagnosis for sympathy.

In the end, there are no easy answers to what JT LeRoy meant, to Albert or anyone else, but she is a brilliant storyteller, and watching her weave the tale of her own crazy life is even more compelling because she is completely aware of how weird the whole thing is, and, at least in this telling, takes complete and masterful ownership of that weirdness.

If you want to feel really awkward after the movie: Joshy

To be fair, this title could also apply to Wiener Dog, which is very loosely a sequel to Welcome to the Dollhouse from Todd Solondz. But I’ve just had it with his movies so I’m not going to talk about Wiener Dog here, other than to say it’s not like any other movie you’ve seen recently, and indie darling Greta Gerwig plays Dawn Wiener, not Heather Matarazzo as you might expect. Onward.

Joshy is a supremely awkward movie about a group of chill bros at a cabin in Ojai, California for a weekend, for a supremely uncomfortable reason. Their buddy, the titular Joshy (played by Thomas Middleditch of Silicon Valley fame), was engaged. Then his fiancé committed suicide on his birthday. They couldn’t get back the deposit on the cabin they rented for his bachelor party. And so.

I was expecting a real man-child festival with Joshy, and while that is in the mix, there’s something I found weirdly touching about the movie. It’s definitely not because of the insightful conversations any of characters have or the fresh way Joshy deals with loss. The movie’s charms are somewhere in the details–the mix of people who show up to this not-bachelor-party really nails the strange group dynamic that springs up when friends who are not a natural group, but rather all in the orbit of one person, hang out together for an extended period. There is also something real about the way that Joshy’s friends strenuously avoid speaking about his dead fiancé, resisting a big cathartic moment. The characters don’t so much grow as wallow in their quirks, but then, the framework is a three-day weekend, so that feels appropriate.

Let me be clear that this is quite possibly the worst date movie of all time. A subplot with Joshy’s best friend Ari (Adam Pally), coupled with his David-from-Rosanne terrible hair and his near constant bong rips, will enrage 90 percent of the women in the audience to the point of distraction. See it with a friend and debate whether measured detachment is a valid coping mechanism for grief, whether this is fair portrayal of the emotional lives of 30-something men, and how much you actually want to know about the interior lives of your friends and lovers.