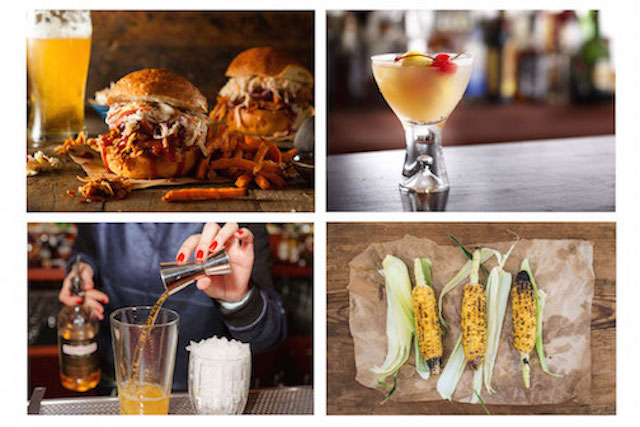 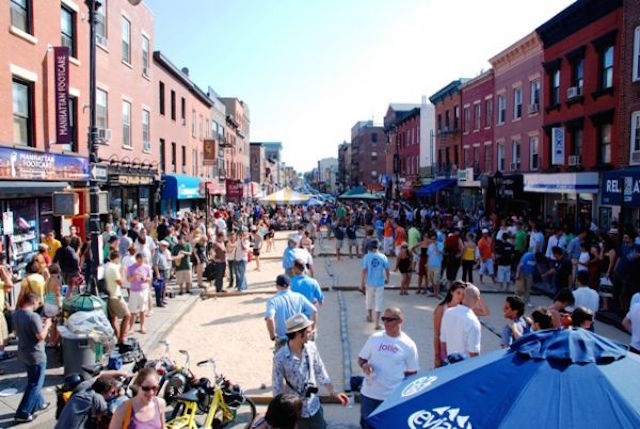 Welcome back from the long weekend, everybody! Hope you are really ready for summer, because based on the temperature outside we are fully, 100 percent IN IT this week. The good news is that we’re also 100 percent in the annual outdoor summer movie extravaganza that happens in Brooklyn. McCarren Park’s Summersceen kicks off tonight with a screening of the classic slasher flick Scream at sundown. If you want to keep track of this and all the other free outdoor movies that will be showing throughout Brooklyn over the next two months then, we’ve got just the calendar for you, and it’s been newly updated as of today to add The Sandlot, which will be screened on August 8 in Fort Greene Park as a special fundraiser to benefit the Brooklyn Hospital Foundation.

We’re also bringing our traveling progressive/block party/scavenger hunt-style Immersion to one of our favorite nabes, Red Hook, this Saturday starting at 1pm. That’s when you’ll pick up your envelope full of tickets that will get you four Brooklyn Brewery beers at Brooklyn Crab, Rocky Sullivan’s, Ice House, and Botanica, lunch at one of our four participating restaurants, special tours and more beers at Pioneer Works and Supersmith, plus deals at the brand new gelateria Dolce Brooklyn and more local spots. Get a ticket and join us if you are around this weekend–the Red Hook Immersion is a can’t miss affair that is always a great time.

There are scores of other great times to be had going on all throughout this Ideal Week, so read on for more suggestions of wonderful ways to while away the time ’til we meet again next Wednesday. Happy summering!

Thursday, July 7 Close out the short week in style by treating yourself to a delectable, seasonal meal served under the stars at Thursday’s Joint Venture dinner at The Farm On Kent. Danny Newberg and Nialls Fallon, two world-class chefs with serious seafood chops, have teamed up for a pop-up collaboration that is sure to blow your usual weeknight fare out the water. Tickets are $85. If you still have energy afterwards, you might want to swing by Brooklyn Bowl, which is celebrating its seventh year in existence this week, for a special anniversary edition of Bowl Train featuring a DJ set from hip hop legend Talib Kweli. Tickets are $7 and the show starts at 11:30pm.

Friday, July 8  Every time I pass by Floyd Bennett Field en route to the Rockaways, I peek in at all the fun going on in there, make a silent note to myself to investigate further how to get involved, and then promptly forget to follow up on it because that’s how I operate. It’s a good thing, then, that the people behind all the action at the Aviator Sports Complex reached out to me so I could let you all know about the summer music series they are hosting on select Friday nights between now and mid-September. This Friday the center is bringing B Street Band, an acclaimed Springsteen cover band, straight from Jersey to play all the hits from the Boss at its newly-renovated outdoor venue. Tickets are just $20, and food and drink will be on hand for purchase. You could even camp out at Camp Gateway, which is basically right there. On the other side of town entirely, Brooklyn Fire Proof, the creative complex of movie studios, artists’ workspaces, and galleries, will be be kicking off its first-ever free summer screening series, which will run all summer on on Friday nights in its giant outdoor courtyard in Bushwick. This week’s inaugural screening is a Best of Bushwick Film Festival starting at sundown.

Saturday, July 9  Having just experienced a pretty lackluster backyard bbq to celebrate the Fourth of July (think: dry, hockey puck-like cheeseburgers and a dearth of tasty sides), I am sort of jonesing for the real deal and am thinking it might be time to turn to the pros. Lucky for me, the Whiskey Fried Classic, a booze and southern food-driven bacchanalia brought to you by the folks behind the popular Bacon and Beer Classic, is taking over the Brooklyn Expo Center this Saturday. Tickets start at $85, but that includes unlimited samples of beer, whiskey, and dishes like pulled pork, whiskey fried chicken and waffles, and deep-fried bourbon marshmallows. There will be over 20 local food vendors slinging down home eats, tons of drinks, live music, a mustache bar (whatever that is), horseshoes, cornhole, and more, and you can choose between afternoon and evening sessions. Elsewhere in North Brooklyn, Rough Trade NYC will be throwing a themed end-of-season screening party featuring 23 short films all inspired by a single exclamation: SHHHH! and all produced by members of local collective Filmshop. The event will include a section of silent films live-scored by Elxclub, silent dancing by Creator’s Collective, and a special live performance by Brooklyn band, Painted Zeros. Tickets to the 7:30 show are $15 each.

Sunday, July 10 Bastille Day, which is the French version of the Fourth of July (meaning, presumably, there’s a lot less Bud Light and fewer hot dogs involved) falls on Thursday, July 14 this year, but Bar Tabac is throwing its annual block party/celebration on Smith Street this Sunday from noon to 6pm. As always, the thoroughfare will be covered with sand and transformed into a cluster of regulation petanque courts to host a tournament with more than 70 teams in competition, and there will be food, drinks, live music, and booths from local shops to browse. Vive la France!

Monday, July 11 Monday seems like as good a night as any to explore life beyond the border in our neighboring borough, Queens, and it’s especially tempting when there happen to be two kickass outdoor cultural events going on to choose between. First, if you missed the Metropolitan Opera’s free outdoor performance in Brooklyn Bridge Park a few weeks back, you can try for take two in the equally beautiful (and, we’re guessing, slightly less crowded) setting of Socrates Sculpture Park in LIC–it’s free and starts at 7pm. Alternatively, our new favorite outdoor drinking spot, Nowadays in Ridgewood, is hosting its weekly Maysles Cinema Mondays series, which means a free outdoor screening of an excellent documentary film starting at sundown. This week’s selection is the acclaimed Stretch and Bobbito, which explores the groundbreaking cult radio show from the 90s that introduced the world to little-known acts like Nas, Biggie, the Wu-Tang Clan, Jay-Z and Eminem before they hit the big time. 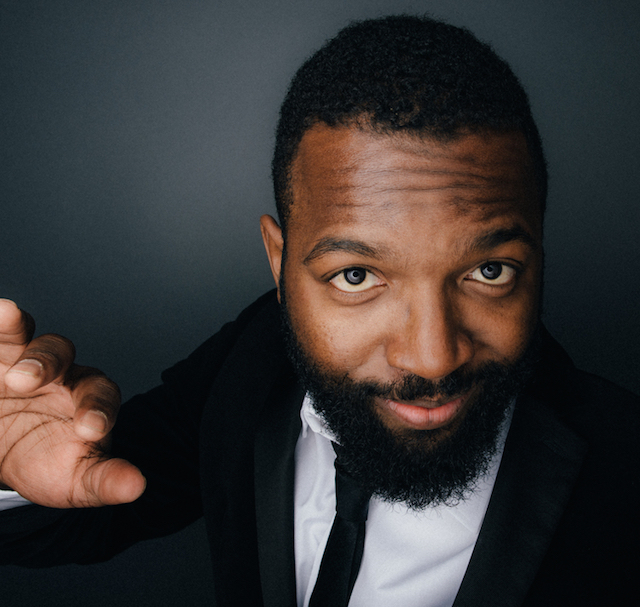 Tuesday, July 12 If you’re a regular Slate reader, you’re probably already familiar with the work of features editor Jessica Winter, but you might not realize that she’s penned a new novel, Break In Case of Emergency, that sounds like it totally nails the emotionally fraught experience of being a 30-something in NYC who hasn’t quite figured it all out yet. She’s appearing with Rebecca Traister, author of All the Single Ladies, which I haven’t yet read but has come up in conversations I’ve been a part of at least 10 times in the past two weeks, at BookCourt on Tuesday night for a release party, reading, and signing of the book starting at 7pm.

Wednesday, July 13 Although reasonable minds are in agreement that it is important to us as a society to have frequent and sustained dialogue around race, it’s not always easy to initiate conversation around a topic that is so highly sensitive and affects individuals on such a personal level. One particularly effective way to break down the wall is to bring some intelligent humor into the otherwise dead-serious discussion, and there are few that are as skilled at doing as Baratunde Thurston, who has held high-level positions at The Daily Show with Trevor Noah and The Onion and wrote a best-selling book called How to Be Black. On Wednesday, Thurston will be joined by actor and comedian Judah Friedlander (you know him best as Frank from 30 Rock) to talk about about white privilege and how it fits into the modern American racial and political landscape. Tickets are $10 and the event starts at 8pm.