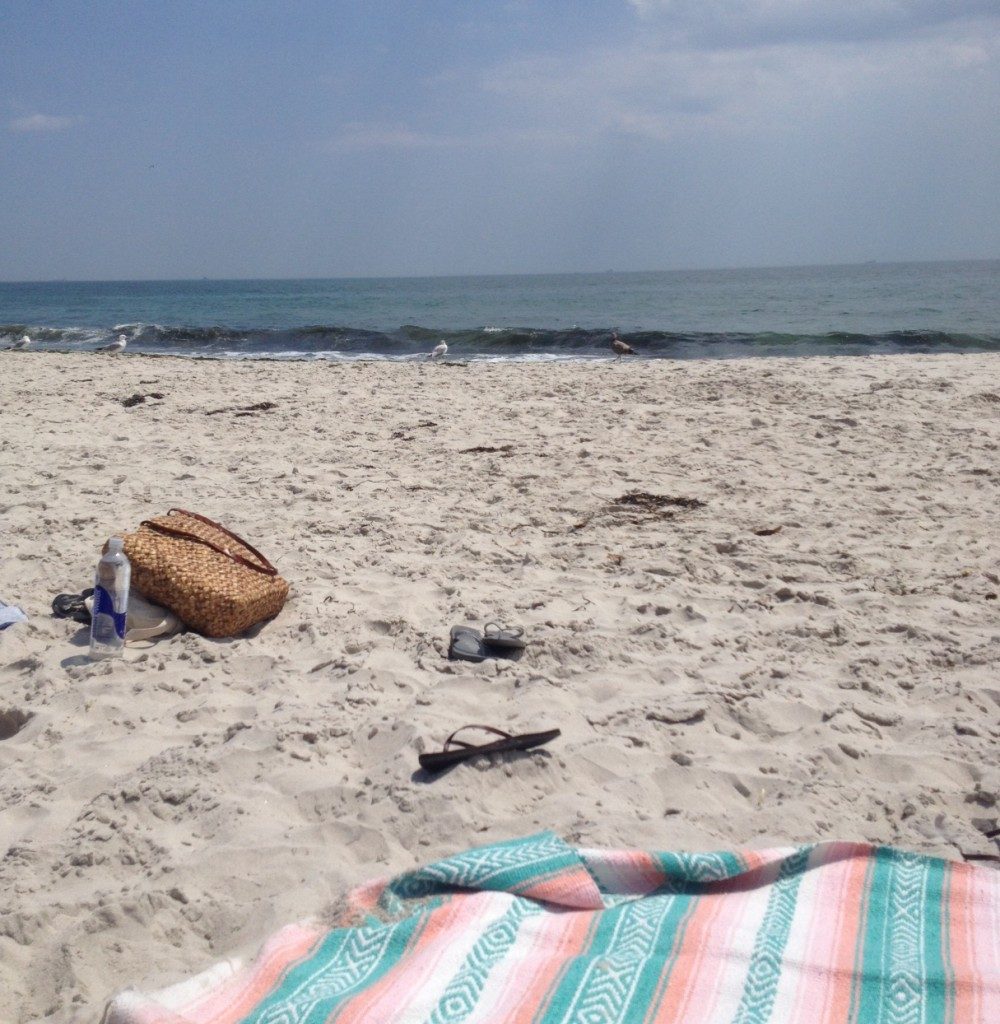 Head to Long Beach on the LIRR. Photo: Annaliese Griffin

Summer is here and that means it’s time to go to the beach! It’s a little counterintuitive, but it’s actually easier to take my five-year-old to beautiful Long Beach on the LIRR than taking public transportation to most of the beaches in New York City. Plus, there’s a sweet beach and train combo deal–when buying your ticket, choose the Deals and Getaways option which includes train fare plus a day pass to the beach all for $24. Consider that if you drove and paid for parking and for a beach pass (yes, you have to pay to get on to Long Beach). All you have to do is exchange your train ticket for a day pass to the beach at one of the kiosks along the boardwalk. Children under five ride for free and ages five to 11 ride for $1.

Off we went on the sunny Saturday of Memorial Day weekend, starting at Atlantic Terminal, making an easy transfer at Jamaica, and ending up at Long Beach Station. The entire trip takes about an hour, but for my boy and his friend the train ride was almost as much fun as playing in the sand. The front of the train will be crowded as that’s where the exit is at Long Beach Station. If you want a seat, head toward the back.

When you exit the station, you’ll be on W. Park Ave. If you want to pick up lunch, there are a number of options (Five Guys Burgers, Brands Delicatessen) and from there it’s about a five-block walk straight down Edwards Avenue to the beach. Near the ramps onto the sand, there are beach umbrellas and chairs for rent, and the guys will install the umbrella for you–major bonus. The Beach Bum package with one umbrella and two chairs is $32, a family package of two umbrellas and four chairs is $64. You can also rent individual umbrellas ($15) and chairs ($12).

Long Beach can get crowded, but even though it was Memorial Day Weekend, it didn’t feel oppressive to me. There was a mix of families and young people and nobody was blasting music. We sat by the water’s edge, the kids dug holes and we decompressed. Since it was so early in the season the water was FREEZING so we didn’t go all the way in. There were some brave souls out there, and lifeguards on duty keeping a close eye.

Since I like to be early for things, I convinced everyone to that we should start packing up an hour before the next train departed. When you factor in the time it takes to wash the sand off (there are spigots with fresh water at the end of the ramp onto the beach), change out of wet bathing suits, and make the walk back to the station, with two tired little boys and their tired parents, an hour was perfect timing. Bring a sweatshirt for the ride back–the AC is blasting and if you have damp clothes on it can get uncomfortable.