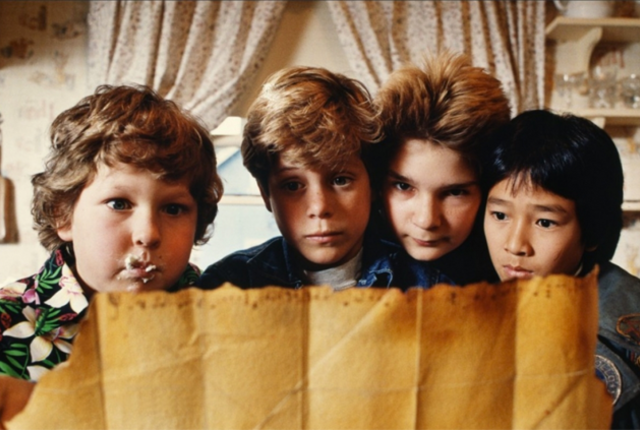 Welcome to Your Ideal Week: The Dog Days of Summer Edition. I don’t know about you, but whatever fatigue I was feeling from the relentless heat and humidity (today is actually kind of lovely, in the shade) is no match for the sheer exhaustion brought on by the relentless coverage of the RNC. How has it only been 2.5 days of this?! I’m honestly not sure I’ve ever felt more compelled to get outside and away from my TV. Or at the very least to watch something else on TV–I highly recommend Mr. Robot and UNReal, both of which are having pretty engaging sophomore seasons so far, and I’m totally engrossed in The Night Of, the new HBO crime drama series.  If you’re feeling like you need more than a date with your cool couch or the hot sand this week, we’ve got a lot going on to scratch your social butterfly itch.

In addition to the usual schedule of outdoor movies, summer concerts, and other cultural musts happening around town, check out our tips below on how to squeeze the most out of this Ideal Week in Brooklyn. Stay cool (and cool headed) and we’ll see you next week!

Thursday, July 21 What’s the best thing about revisiting one of your favorite movies from childhood 30 years later? Now you’re old enough to add a drinking game into the mix! On Thursday night, truffle shuffle your way over to Littlefield, where A Drinking Game NYC will be presenting a live staged reading of everyone’s favorite 80s pirate adventure/comedy classic, The Goonies, starting at 8pm. Here’s how it works: When someone says one of the catch phrases on the predetermined list (we’re guessing that “Hey, you guuuuuuys!” made the cut for this flick), everyone has to drink, meaning that things are bound to get increasingly silly (and fun) as the night goes on. Tickets are $8.

Friday, July 22 Well, the weather report for Friday is basically the surface of the sun, so why not give in, grab a picnic, and go see a fun outdoor theater production combining 60s beach flick camp and horror? The Piper Theatre is staging Psycho Beach Party, a comedy about beach bunnies, surfers, and a dangerous lunatic, at Park Slope’s old Stone House at 8pm, admission is free, and food, beer, and wine will be available for purchase.

Saturday, July 23 So this Pokemon Go thing is still hanging on, huh? I know I’m old, but I really don’t get it–do you actually GET anything if you catch ‘em all? My Twitter feed and all the kids at my office assure me I am alone in this not really being my jam, so I imagine lots of you will be interested in the Pokemon Go North Brooklyn Bar Crawl taking place at 1pm this Saturday. Due to overwhelming interest, there are now three different starting points for the progressive that will move down Manhattan Avenue in search of Pikachus and Squirtles. Spritzenhaus, Greenpoint Beer & Ale Co., and Brooklyn Bowl have all signed on, and the organizers say that they plan on adding more as the big day draws close. What the hell, maybe the uninitiated among us should go check it out anyway–sounds like some pretty entertaining people-watching. If it gets too crazy, we can always head over to Fort Greene Park, where there are chiller vibes to be had at its seventh annual Jazz Festival, which runs from 3-7pm.

Sunday, July 24 Before the heat of the day sets in head to Red Hook on Sunday morning for the last few hours of the Ragas Live Festival at Pioneer Works. In its fifth year, the annual festival celebrating classical Indian music, (check out our recent feature on Brooklyn Raga Massive for more on the raga scene) features more than two dozen performers over a 24-hour period beginning at noon on Saturday. Your $40 ticket gets you admission to any and all of the performances.

Monday, July 25  On Monday night, the Brooklyn Historical Society is concluding its series of films focused on food justice and equity with a free screening of Fed Up, a documentary that explores the way in which the food industry contributes to America’s obesity epidemic. George Weld and Evan Hanczor, the food activists and restaurateurs behind Williamsburg’s farm-to-table stalwart, Egg, will be on hand for what is sure to be a thought-provoking (if somewhat enraging) follow-up discussion. The screening begins at 6:30pm and you can register for tickets here.

Tuesday, July 26 Tuesday marks the return of BackFat, comedian Emily Winter’s free monthly variety show, to Cobble Hill’s 61 Local. The lineup month sounds extra promising, and includes Julio Torres (who writes for SNL, Billy on the Street, and The Chris Gethard Show), as well as Doogie Horner (America’s Got Talent), Casey James Salengo (Bridgetown Comedy Fest), and Samantha Bednarz (She Devil Comedy Fest). The show starts at 8pm and is free, but you’ll want to bring some cash to partake in the bar’s sweet craft beer list and its stellar avocado toast.

Wednesday, July 27 Beloved literary, art, and political journal Guernica Magazine is planning a big relaunch this fall, and it’s time to celebrate independent publishing and help raise some money from 7-10pm next Wednesday night at King’s County Distillery in the Navy Yard. Tickets to the Guernica Summer Party are $25 and include whiskey, revelry, and readings from the Guernica community of writers special guests like Tea Obreht. All proceeds go to the relaunch and the goal of keeping Guernica’s award-winning content free and available to all.