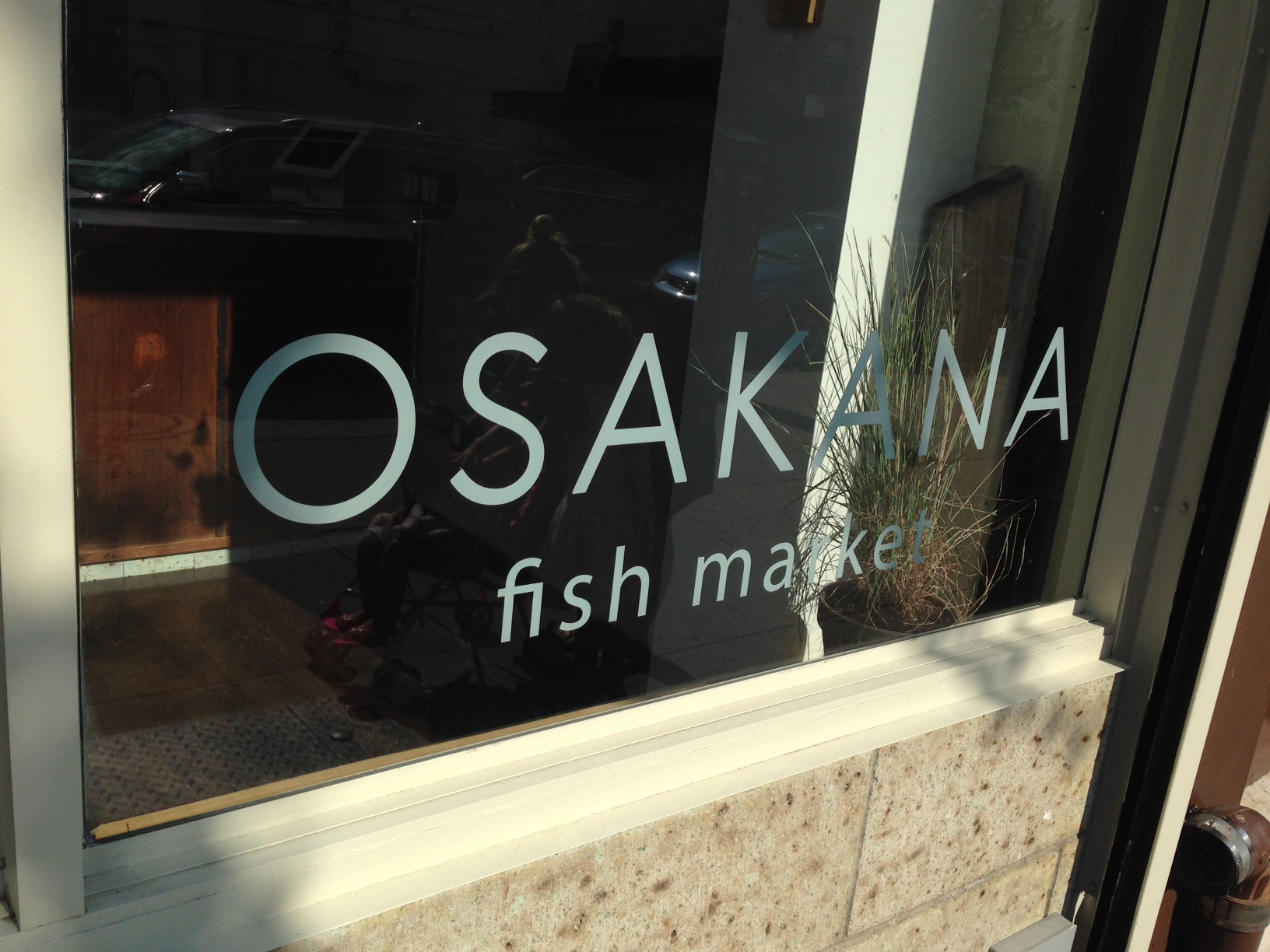 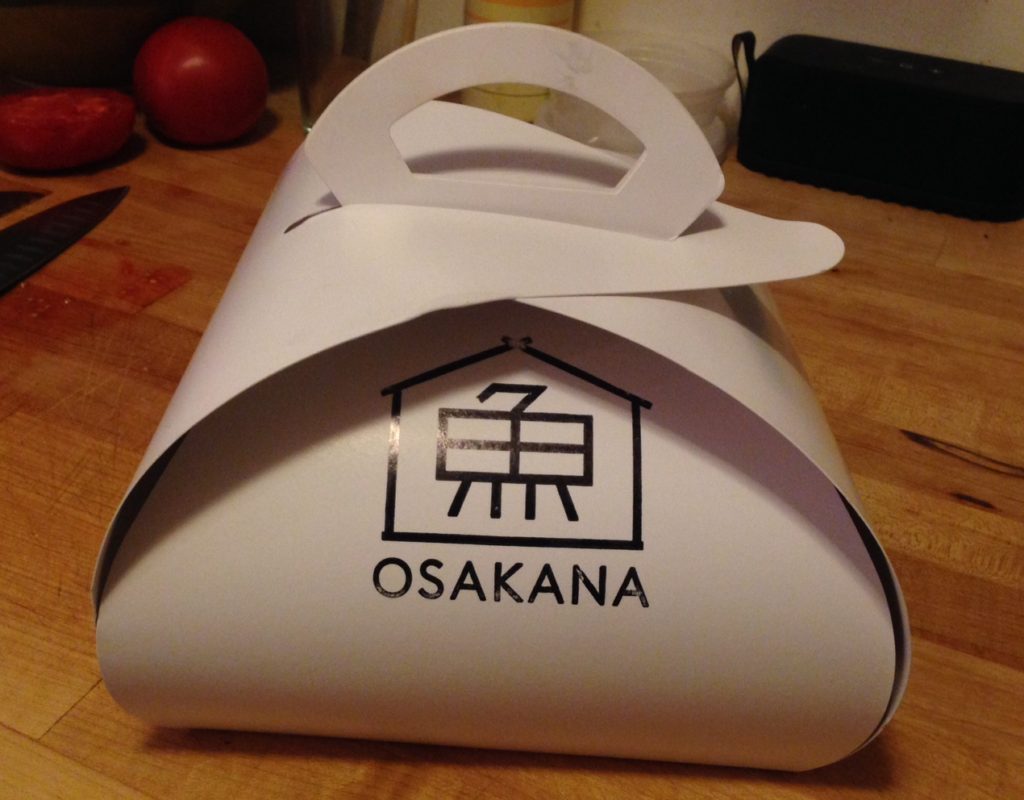 The omakase box from newly opened fish shop, Osakana, could not be prettier. Photo: Annaliese Griffin

In a borough known for its artisan butcher shops, bakeries, purveyors of fine mayonnaise and small batch ice creameries, Brooklyn is surprisingly underserved by fishmongers. For the past several years, my go-to for anything from the ocean has been Fresh Direct, in part because they will refund you if your fish isn’t as fresh as promised or your Gulf-caught shrimp has that awful iodine flavor, and because once in awhile their lobsters are very cheap.

So I was thrilled when Osakana, a new fish shop from the owners of Okonomi, the tiny Japanese restaurant with the enormous lines, opened in my neighborhood earlier this month. Located on Graham Avenue, between Powers and Grand, Osakana offers an array of fresh fish that rotates, depending on what’s locally and seasonally available. On a recent weekday afternoon steaky slabs of fatty tuna sat on an earthenware pottery plate next to yellowfish collar and miso-marinated dogfish in a display that looks like a refrigerated jeweler’s case. 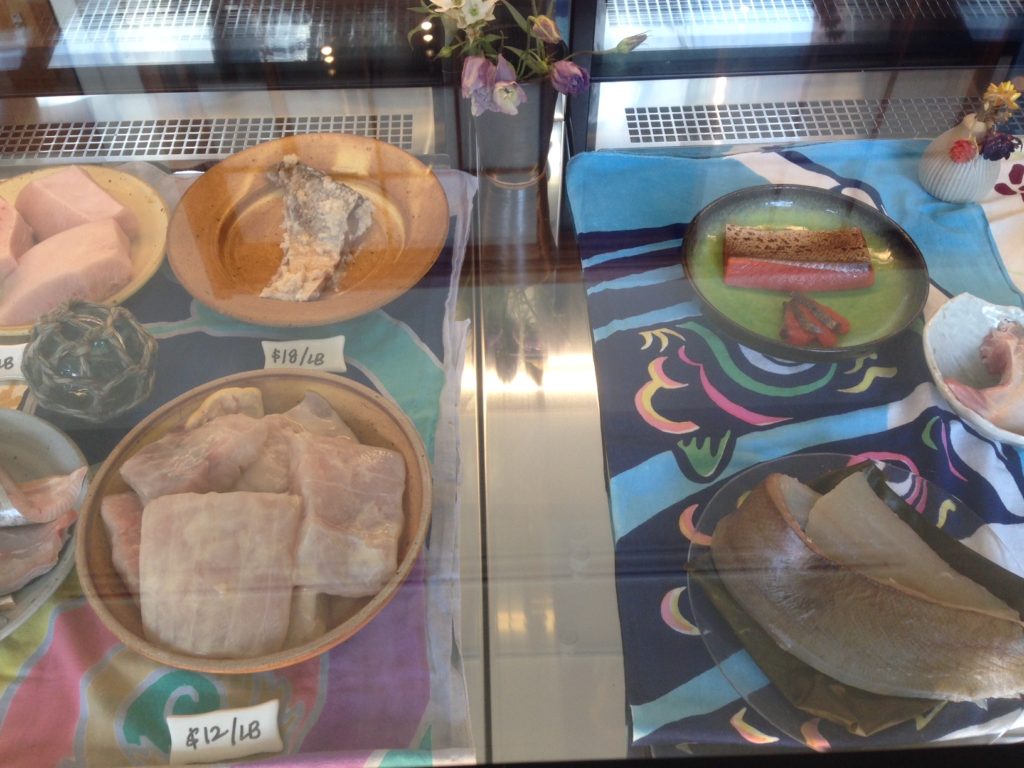 They’ll soon offer prepared foods, including sashimi, ramen broth and noodles, but right now you can order their omakase box to take home. And if you like to cook, I highly suggest you do so. (They also offer classes in fish butchery, sashimi and Japanese knife skills, so you could also start there.)

Order the omakase box online for in-store pickup–place the order and they’ll email you to ask when you’ll be by to get it. For $50 you get the fish course for three meals for two people; the precise contents will change depending on what’s fresh that day. Each box contains sashimi, a traditional Japanese preparation like the miso-marinated dogfish, and fish that you can prepare to your liking. 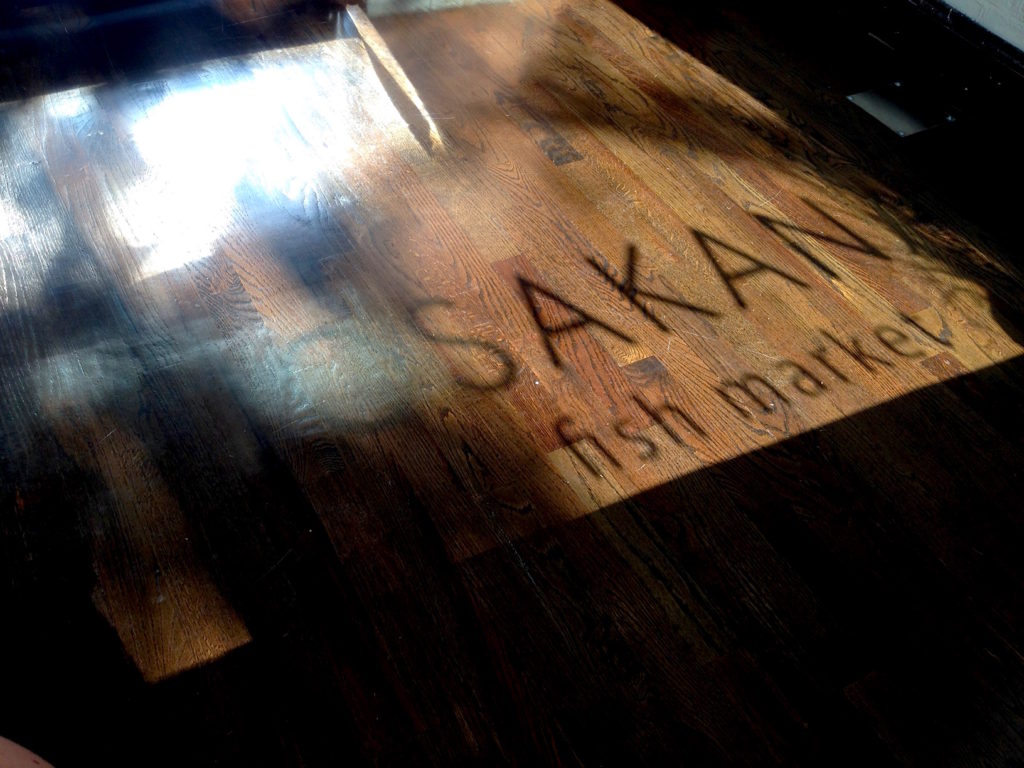 My sashimi consisted of perfect slices of Boston mackerel and fluke. We also got the dogfish and a slab of bluefish that had been marinated in sake lees–a magical Japanese trick that mellows strongly flavored fish–as well as a generous portion of King mackerel. If you’re not entirely confident in your fish cookery, talk to your fish monger. I received very specific instructions for how to best cook each fish and they were spot on. Also note that there are no sides included here. You’ll need to make sushi rice and provide any other accompaniments for the sashimi, and you’ll want sides for the other fish. With a couple of bright vegetables sides I would suggest this as a three-course fish extravaganza for three or four, rather than three successive nights of fish for two. You’ll be sharing, much as you would at an izakaya, but that’s really the fun of it.

The dogfish and bluefish my husband cooked in a cast iron pan on our grill and both were incredibly delicious. The dogfish was firm and flavorful from the miso, and with a different marinade would be perfect in fish tacos. The bluefish, which I usually find a little challenging, was sweet and savory and tasted like something I ordered at Sake Bar Hagi, not like something that was prepared in my home. We also cooked the King mackerel in cast iron on the grill, giving it a quick coating of harissa and following the fishmonger’s instructions to start it skin-side down and let the fat render out to cook the other side when flipped. The skin came out perfectly crispy, the flesh was firm and the flavors all worked together beautifully. (For more fish cookery tips, check out Liza Queen’s guide.) 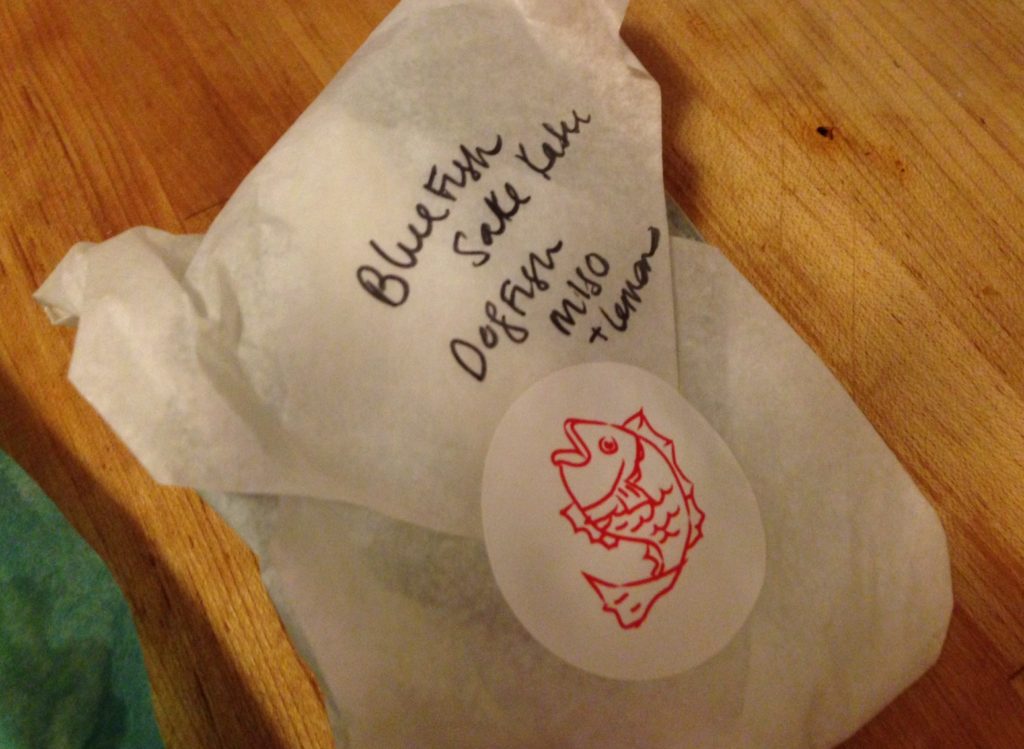 Even the wrapping is pleasing. Photo: Annaliese Griffin

While pristinely fresh, the sashimi felt slightly underwhelming compared with the bigger flavors of the other fish. When I picked my box up they told me that this was only the second they had made and asked for feedback. I emailed them later to suggest a sashimi how-to card in the box. It’s deceptively simple, but there are lots of small things like making good sushi rice, salting certain fish and letting it come to room temperature that are key. I also wished that there was a special dipping sauce in the box to go with my bowl of fish and rice.

If the omakase box is too much of a commitment for your particular lifestyle, or it just sounds like fish overload, my recommendation would be to go and sample whatever they have in the case that has been marinaded. That delicious dogfish was just $12 a pound, and was very simple to prepare at home. Or ask your fishmonger–they’re there to help.