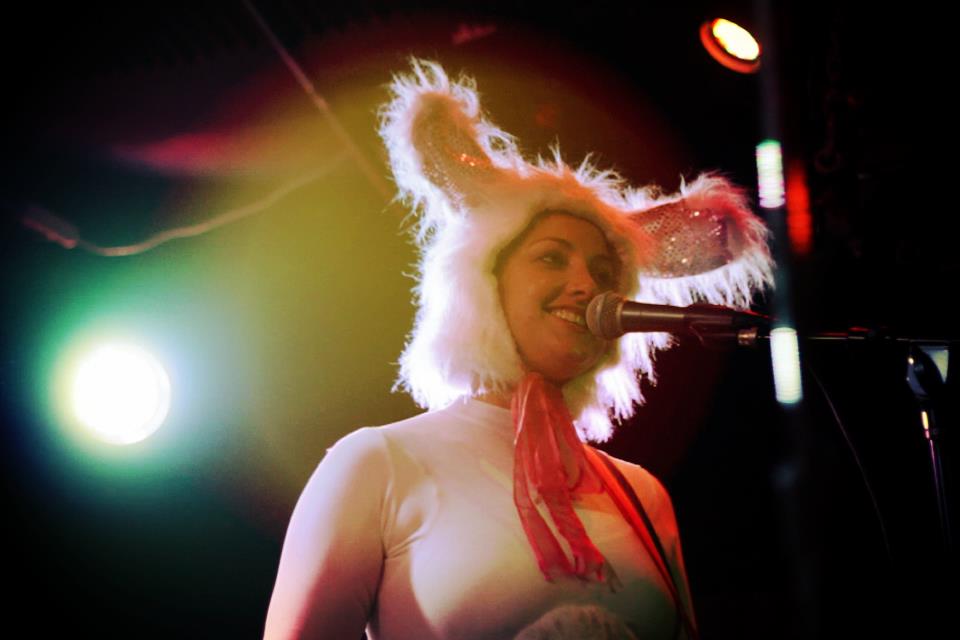 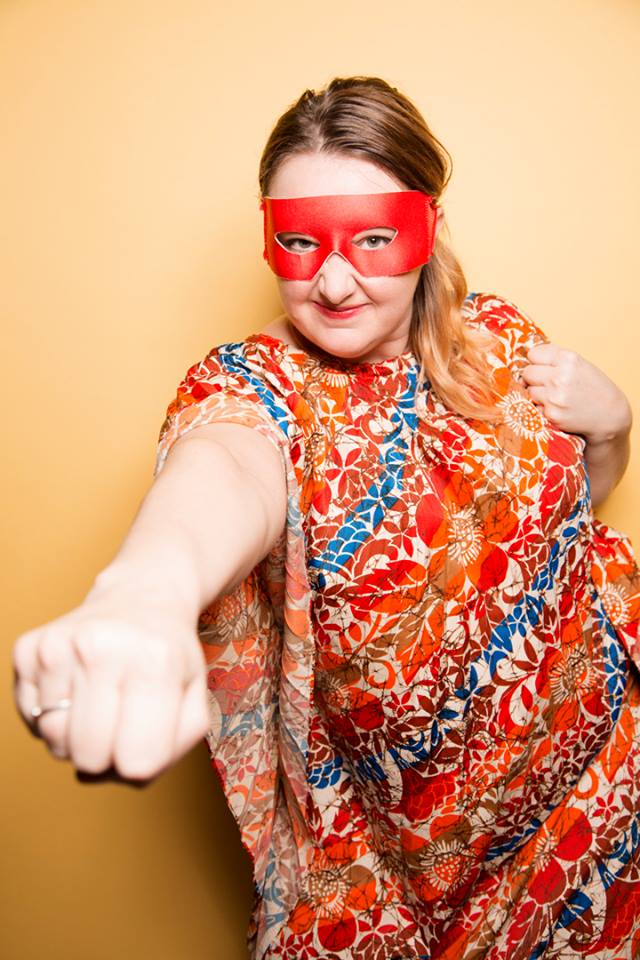 She had been ensconced in the New York comedy scene for five years, doing stand-up, producing live shows at Joe’s Pub (including Women of Letters), 2A, and the Ace Hotel, and working in the restaurant industry to pay the bills. One sweltering summer night three years ago, the restaurant she managed was selling food at an event on the Williamsburg waterfront and Nelson found herself, she says, “serving chicken in waffle cones, covered in mashed potatoes and truth be told not pleased, looking at my life thinking, Is this it? Is this the choice that I’ve made?”

One of her customers however, turned out to be an AEG Live executive, and the chance meeting transformed a moment of despair into an opportunity, leading Nelson to an internship, a new position, a crash course in producing live events (including Amy Schumer’s and the Broad City’s national tours), and eventually, to BanterGirl. 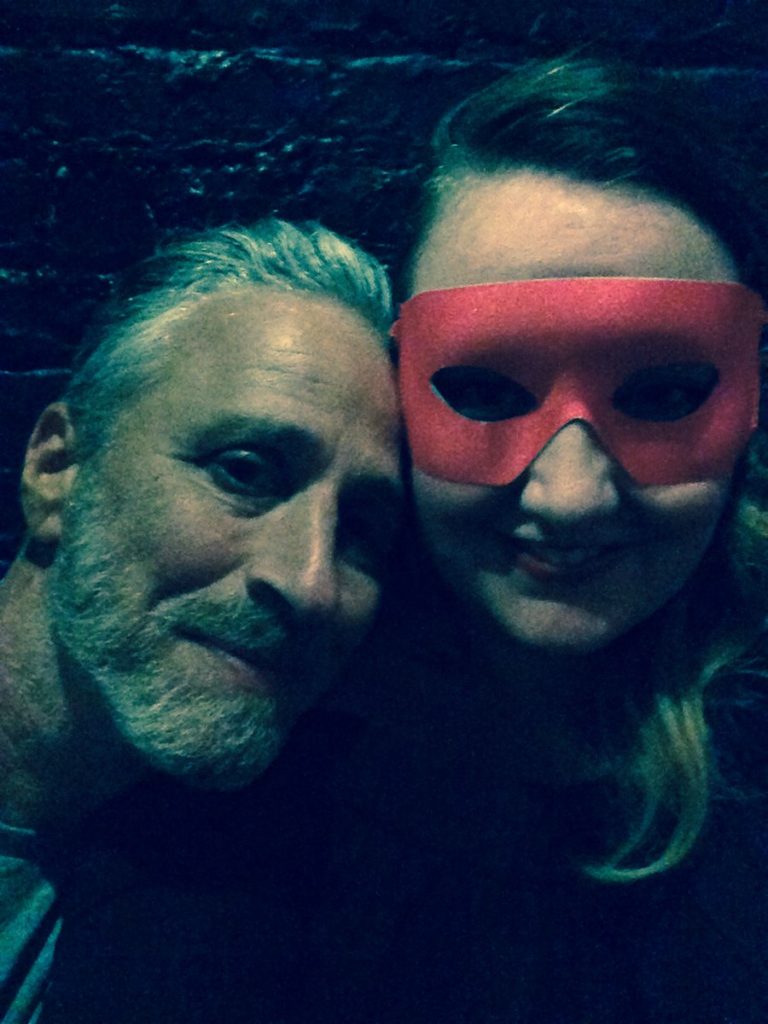 BanterGirl is Nelson’s new production company dedicated to helping women in comedy create film, television, podcasts, and other projects that make up for what Nelson says is a lack of representation, both in the sheer number of women in Hollywood, and in the types of roles available to them. “There’s a standard formula that Hollywood uses,” she says. “I along with a lot of other women are trying to dismantle that.”

BanterGirl LIVE, Nelson’s new podcast, is the company’s first official project. Each episode features guests who Nelson describes as, “brilliant multi-cultural women, comedians, and icons who have been inspirations and have helped to bust down, or are currently busting down, the doors for women and diversity in the entertainment industry, and beyond.”

As of now there are just six episodes, but she’s managed to pack them with musicians, comedians, and writers like Jean Grae, Akilah Hughes, Michelle Buteau, and Carolyn Castiglia, with whom she’s developing a television project. Discussions have ranged from the lack of roles for women of color, to sex and dating as a real grown-up, to overcoming health and career obstacles. In terms of picking guests, Nelson says that she always strives for diversity, as well catering to more personal concerns. “Who do I want to hang out with?,” she asks. “Who do I want to drink wine with and discuss personal things?”

Nelson is also committed to keeping these conversations unfiltered, and is particularly grateful that her podcast network, Revolver Podcasts, has been supportive no matter what the topic is. In the sex episode guests cracked each other up over creative uses for an Oral B Pulsar toothbrush, and Jean Grae offered to screen Carolyn Castiglia’s potential suitors. The show has also delved into honest conversations about addiction, being broke, mental health, and other struggles. 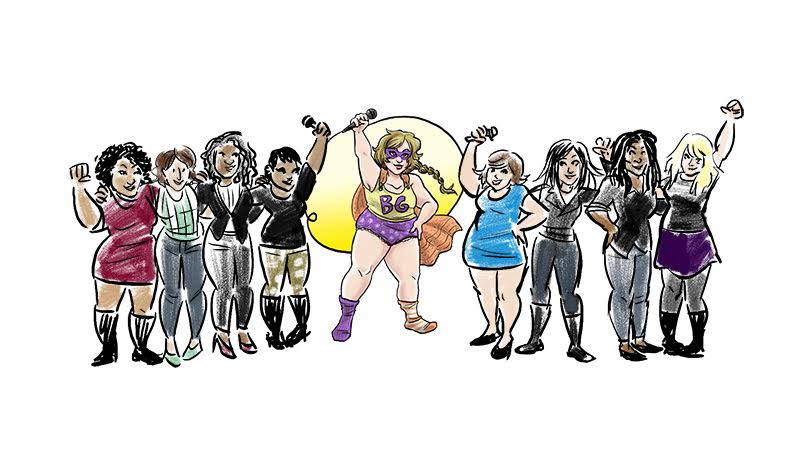 “I’m a comedian and BanterGirl’s brand is real women, we talk about real things,” Nelson explains. “How to overcome obstacles was the last podcast, and you know, people have been through some shit and overcome those things. Akilah Hughes, who just had liver tumors removed, [was on the episode] she’s a huge internet personality, and…she’s just had liver surgery three weeks ago and discovered she now has Lyme disease. And she’s still kicking ass.”

Nelson says she wants to spend the next three months building the audience and establishing the brand and figuring out just what the podcast is, before she pivots and moves on to television projects. In addition to support from Revolver, Joe’s Pub has been sponsoring BanterGirl for a year through their Pub Club program, and helping to develop the concept. “They’ve been an invaluable resource, connecting me to anyone I could possibly need to be connected to,” says Nelson. 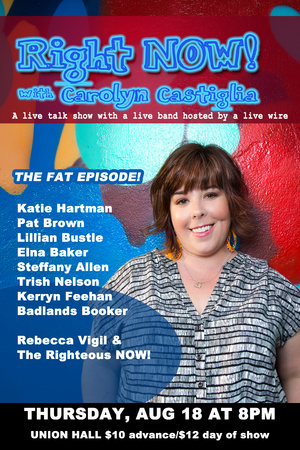 One of the television projects Nelson is working on is a late night show concept with Carolyn Castiglia called Right NOW! Currently there’s a monthly live version at Union Hall (the latest edition is tonight, Aug. 18). The two developed the show before Samantha Bee got her contract because they were frustrated with a lack of female-hosted late night shows. Nelson calls Castiglia, “a powerhouse beyond measure…she’s just got a gift when it comes to hosting a show.”

Nelson envisions an entire network of hilarious content from talented women including, “a BanterGirl Live channel, or a comedy channel for women that I can start to curate and produce other female comedians’ podcasts. If you’re looking for female content, brilliantly funny women, you go here and this is where you find it, at the BanterGirl Channel.”

And for women who want to create their own companies, Nelson’s advice is: start your own show, whether it’s a podcast or a live event. “I had a long running show with my comedy partner Beth Hoyt, who now actually lives in Los Angeles, at 2A called Big F’ing Deal that ran for like five years,” she says. “If you want to get involved in stand-up comedy, do open mics, sure, but book your own show because that’s really how you build the relationships and it also gives you some sense of control of your own destiny.”

Ultimately, in a world of podcasts, web series and live comedy shows of every tone imaginable, Nelson is helping break down even more boundaries in the entertainment industry for funny women. “We’re not going to wait around for some gatekeeper to let us do it,” Nelson says, speaking for herself and her fellow female creators,  “We’re going to do it ourselves.”