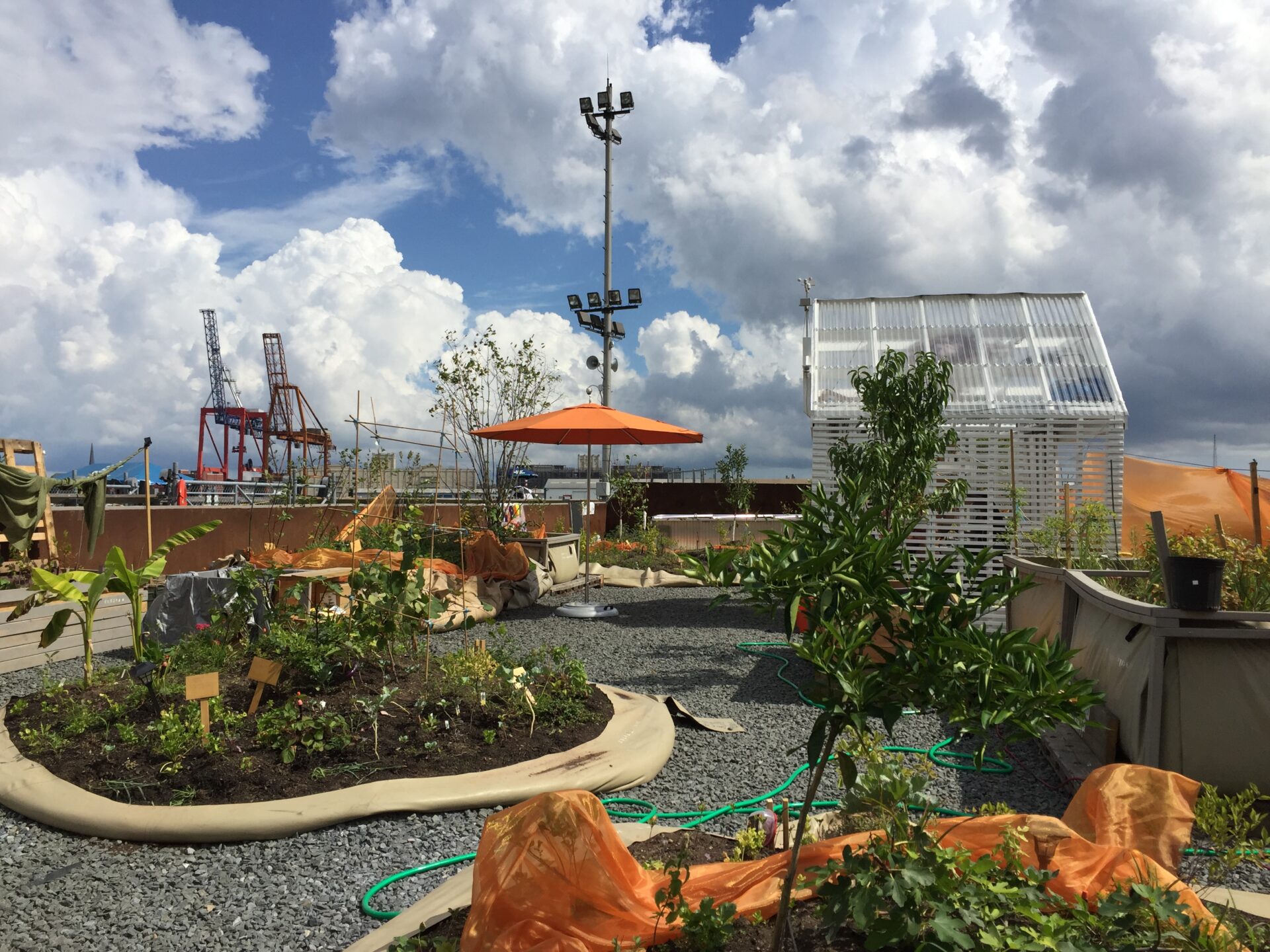 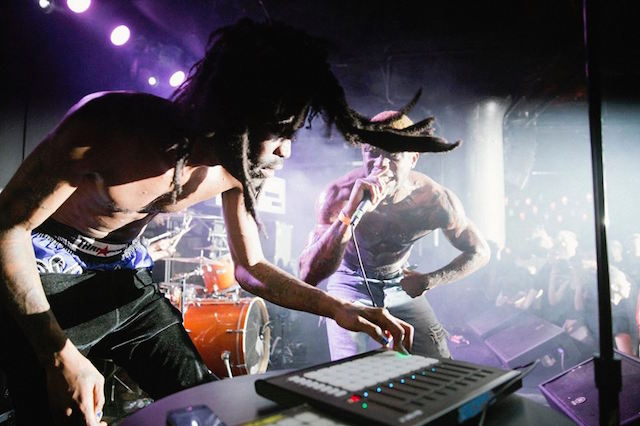 Afropunk is this weekend and promises to be nothing short of amazing. Photo: Afropunk

It kind of feels like we are the only ones in Brooklyn at the moment, I Am Legend-style, so if you are reading this, rest assured that you aren’t alone and there is plenty of stuff going on around here for the next seven days to round out your Ideal Week. (Also, no actual vampiric-zombie beasts. That we have first-hand knowledge of.) Who needs the Hamptons or Maine or Cape Cod?  In case you haven’t noticed the weather right here is downright amazing, and we’ve got perfect conditions for all sorts of outdoor activities, including the annual Afropunk Festival at Commodore Barry Park. The multicultural live music showcase returns for both days this weekend, and the incredible lineup includes acts like Ice Cube, TV on the Radio, Fishbone, Janelle Monae, Tyler the Creator, George Clinton, Living Color, Ceelo Green, and Shabazz Palaces. There are still some tickets left, so snap ‘em up while you still can.

If you’re more of a comedy aficionado than a music junkie, the Brooklyn Comedy Festival is also in town this week, bringing all kinds of talent to venues scattered throughout the borough. Check out the schedule here and pencil in a show or two to ensure you pack a good dose of laughter into your plans. 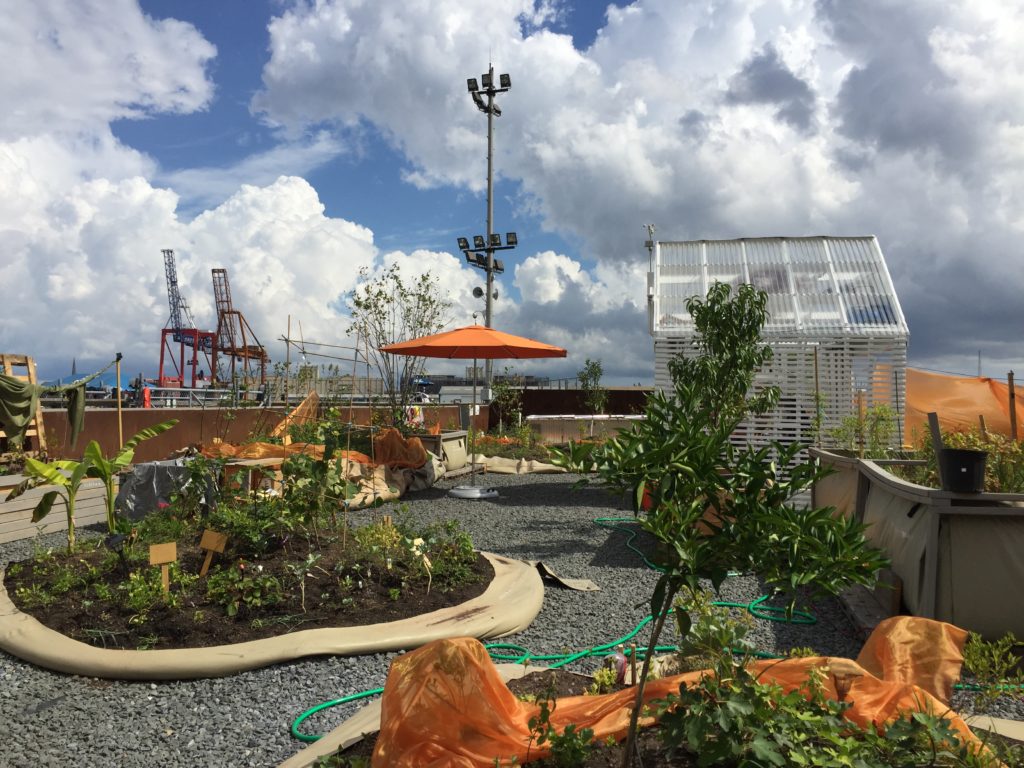 It appears that we jumped the gun last week on the opening of Swale’s floating food forest, but it is open to the public at Governors Island as of this Friday, so that’s another option for your weekend adventures. We’ve got a lot more on our hit-list too, so please read on and have a fabulous Ideal Week! We’re taking next week off to squeeze the last drops of fun and relaxation out of summer, though we’ll be keeping our Facebook and Twitter updated with options. We’ll be back in full force after Labor Day, rustling up the best tips for how to spend your free time in Brooklyn, now and forever. 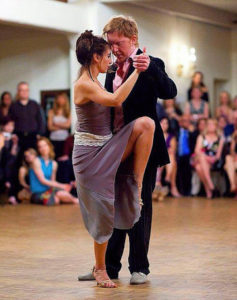 Thursday, August 25 If you haven’t had a chance to check out this summer’s Live at the Archway music and art performance series in DUMBO, this Thursday night is a good time to give it a whirl, literally. Bring your dancing shoes and learn how to tango from renowned dance instructors Adam & Ciko, with live musical accompaniment from Stratos Achlatis and Trio de Arraaba. The event starts at 6pm as is free.

Friday, August 26 I have a weak spot for watching classic flicks on a big movie theater screen, so it’s sort of weird that the only times I’ve seen one of my favorite films ever, The Wizard of Oz, have been on a crappy non-HD TV set. Not for long though, because BAM is kicking off its month-long MGM Musicals film series with multiple screenings of celebrated 1939 Judy Garland breakout vehicle all weekend. Friday’s showtimes are 2pm, 4:30, 7 and 9:15, and tickets are $14 each.

Saturday, August 27 The first time I ever heard of Reggie Watts was when I saw him open for Conan O’Brien’s Legally Prohibited from Being Funny on Television Tour at Radio City several years back, and I immediately knew I was watching a totally unique and innovative talent at work. Since then, I’ve tried to catch any show the comedian/beatboxer/accent master does locally, which includes Saturday’s two-set run at the Music Hall of Williamsburg featuring comics Jena Friedman and Michelle Buteau as openers. Tickets are $25 if you buy them in advance, and the shows start at 7pm and 10pm. 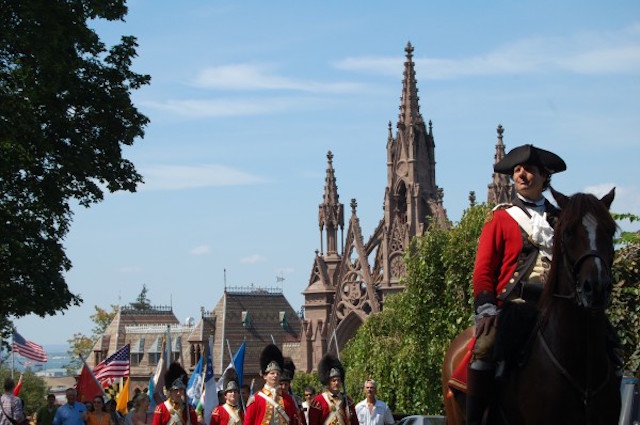 Commemorate the Battle of Brooklyn at Green-Wood Cemetery on Sunday. Photo: Lisa Alpert

Sunday, August 28 On Sunday afternoon, get a crash course in local Revolutionary War history at bucolic Green-Wood Cemetery’s 240th Commemoration of the Battle of Brooklyn. From noon to 4pm, re-enactors will be on hand to usher you back in time to 1776, complete with cannonfire, soldiers, horses, colonial cooking demonstrations, and a parade honoring the very first battle of the American Revolution waged after the signing of the Declaration of Independence (on the cemetery grounds!). The demos are free but you should rsvp here. Later on, unwind at Rooftop Reds’ Ribs and Rose dinner featuring BBQ from Fletchers. Tickets start at $50 and include four hours of smoked meat and vino served atop a beautiful rooftop in the Navy Yard.

Tuesday, August 30 This fall’s Brooklyn by the Book speaker series features some pretty big names in contemporary lit, like Jonathan Safran Foer appearing on Sept. 6, Patti Smith on Sept. 15, and Jonathan Lethem on Oct. 19. Now is a great time to pick up tickets to these just-announced readings, but if you need to get your fiction fix this week, the Manhattanville Reading Series returns to Crown Heights’ Manhattanville Coffee on Tuesday night from 7:30-9pm. This month’s installment features Laura van den Berg, the author of Find Me, as well as Saxon Baird, Jen Choi, and Bruna Dantas Labato and attendance is, as always, free.

Wednesday, August 31 Relax and restore mid-week with a free Tai Chi session sponsored by the Brooklyn Greenway Initiative on Wednesday morning in the Brooklyn Navy Yard. Led by instructor Miranda Maher, the class is focused on a Yang-style form that repeats only 13 movements, so it is especially well-suited for Tai Chi newbies. All you have to do is grab a pair of light, low-grip shoes and show up at 8:30am, and you’ll be one step closer to body alignment and enlightenment.