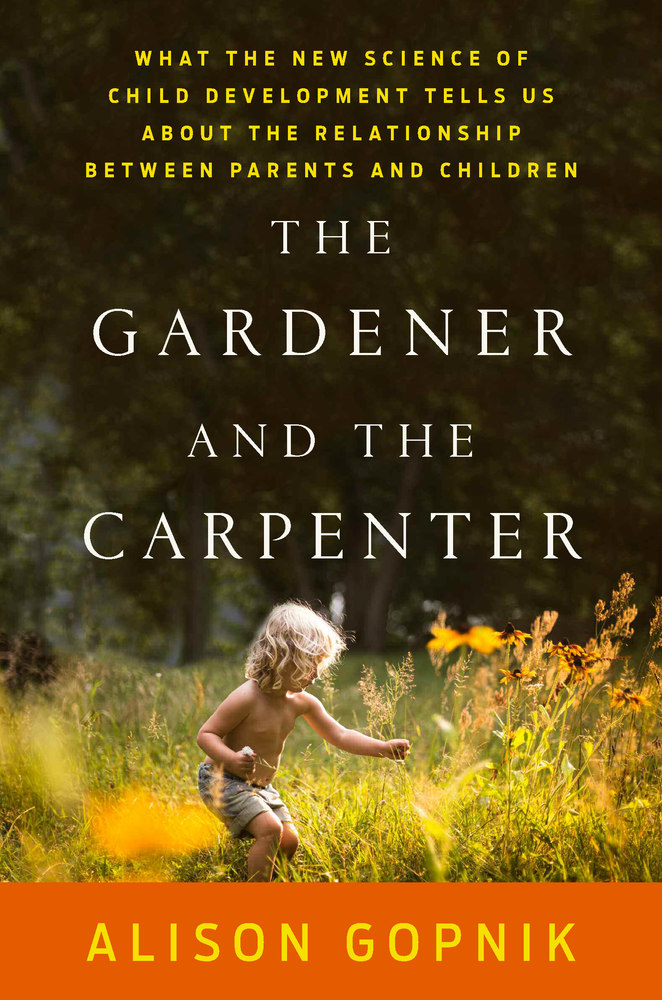 When you are expecting your first child, well-meaning friends, family members and total strangers love to regale you with horror stories about how difficult it is to have an infant. How you’ll never sleep again. How the baby will cry for hours on end. How life as you know it is soon to O-V-E-R. (The last part is absolutely true, though not necessarily in a bad way.)

I actually found my son’s early months to be mellow and almost soothing compared to the intense anticipation and anxiety leading up to his birth.

No, I find his toddlerhood–he just hit 18 months–to be much more challenging than his infancy. And part of that is due to the fact that I’m not just supposed to be caring for him, feeding him and making sure he gets enough exercise, stimulation and sleep. According to current educational trends and aspirational parents everywhere, I’m supposed to be cramming his little head with numbers, letters, colors and shapes at every turn. It’s a weird pressure that has cast a pall over playtime for me.

Or I should say, DID cast a pall over playtime, until I read The Gardener and the Carpenter, a new book about the way children learn by Alison Gopnik, a developmental psychologist and author of The Philosophical Baby  and The Scientist in the Crib.

Gopnik argues that the whole idea of “parenting” as a modern task that we are supposed to master, like whipping up gourmet meals each night in our chef’s kitchens and cultivating a yoga practice that includes various acrobatic feats, has little to do with what young children actually need to learn about the world around them. If you think about this for a minute it’s a very liberating idea, and one backed by an immense body of research, both from Gopnik’s child psychology lab at U.C. Berkley and from her colleagues in the field around the world.

In one section describing the role of imitation in learning she cites research by Barbara Rogoff, a cross-cultural psychologist, who found that children who grow up in cultures where they learn complex adult tasks at young age are very rarely explicitly taught these skills, like cooking, farming and animal husbandry, in lesson form. Rather, the adults simply slowed and exaggerated their normal routines, while the children observed or participated. Rogoff found that children used to learning in that way picked up skills more quickly when watching adults perform new tasks–the experiment involved folding origami birds–than children used to being explicitly taught. Gopnik writes:

A common practice of parenting instructors is to prescribe a series of actions that parents–or more usually, one parent, or even more usually, Mom–should perform when the are alone with the child. The parents are supposed to do something that is directed only at the child, something the parents would never do otherwise, like holding up cards and naming the objects on them…But for children, observing and imitating their parents and others as they behave in skilled and useful ways is an education in itself.

Let that be permission to never buy another set of flashcards for your pre-schooler.

The Gardener and the Carpenter cites a wide variety of studies that, even if you don’t agree with all of Gopnik’s conclusions, provide a fascinating look into the way young brains develop and how children learn. She spends a great deal of time suggesting reasons why human brains may have evolved this way, and what our exceptionally long periods of childhood accomplish for us as a species.

One particularly compelling theory she proposes suggests that even within the closely related family unit, humans display a remarkable amount of intellectual and temperamental variability–that we’re more different than you would expect. She believes that this broad diversity of types of intelligence and manner of approaching the world is actually useful, that our famous human adaptability isn’t just found within individuals, but within groups, where we all contribute different skills and innate types of intelligence.

As we saw earlier, from an evolutionary point of view this variability is a route to flexibility and robustness. It ensures that a community, a village, or a country can deal with shifting circumstances. It’s a recipe for cultural evolvability.

But the goal-directed “schooling” perspective makes that same variability into a disadvantage. If you think of schools as institutions that are designed to produce children with particular characteristics, variability is a drawback, not a strength. In fact, in the worst cases, variability goes beyond just being a problem–it becomes a disease…And this “disease” model is especially prevalent because many of the skills that are most important for school are far removed from the natural abilities and inclinations of most children.

The name The Gardener and the Carpenter refers to Gopnik’s idea that modern parenting has been cast as a task with a specific outcome–a carpenter carefully builds a specific structure, while a gardener tends and nurtures a garden, watching with delight as the best-laid plans go awry when a riot of color erupts in an unexpected location. While Gopnik’s argument is compelling and her research fascinating, some readers may be frustrated by the lack of prescription–she doesn’t outline what it looks like to be that gardener.

In place of thinking about parenting as a task, Gopnik calls the care of children a very particular kind of love. This should be obvious, but somehow, in our world of pre-school application essays and anxiety over every aspect of a child’s life from conception through college graduation, it’s a big idea. I think that’spart of why my infant was so much easier than my toddler (in addition to my infant not wanting to squeeze every tube of sunscreen, toothpaste, tomato paste and lotion onto the floor)–it felt natural to care for him when he was tiny. It was obvious what he needed. Now that his innate set of skills and unique intelligence is emerging the parenting model, which demands that he learn his letters and numbers and how to sit quietly, is in direct conflict with his actual interests (deep investigation into messes and chaos).

While The Gardener and the Carpenter doesn’t lay out a specific plan for parents, I feel like reading it helped me rediscover that feeling of the natural relationship with my son. Now when he dumps an entire bag of lentils on the kitchen floor I recognize that he’s exploring the world (and imitating me cooking). I’m not saying I don’t find it exasperating, but there is also a measure of delight and deeper understanding mixed in that wasn’t there before.