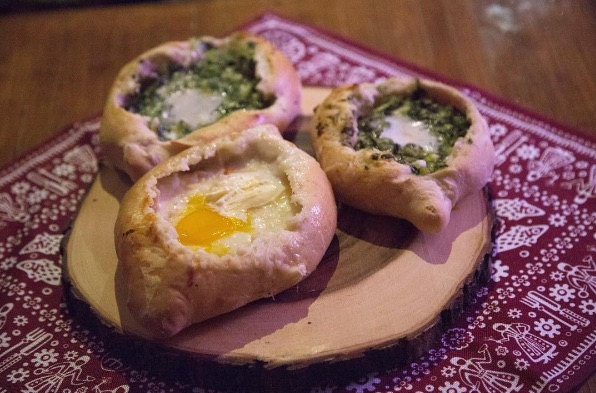 After a slow summer season, fall is traditionally the busiest time of year for restaurant openings, and this year is shaping up to be no exception. Yes, Brooklyn, you’ll have a new place to scarf down kale salad and burrata in almost every neighborhood this autumn. But forget the standards–here’s an advance look at seven spots that have us chomping at the bit. 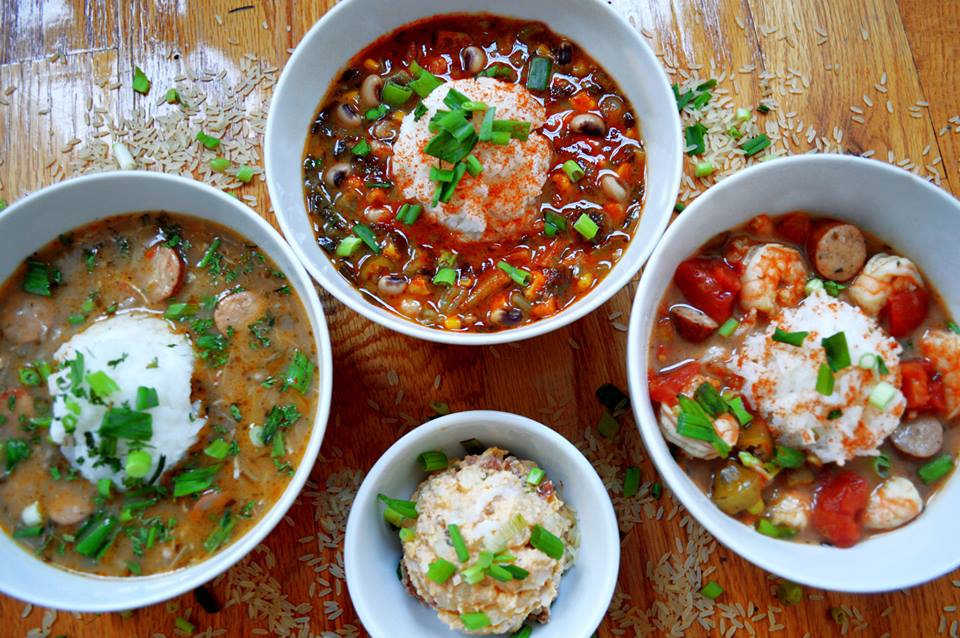 Where you’ll be warming up in cold weather It’s hard to imagine wanting winter-warming stews right about now, but when the snows blow in we’ll be ready for some Louisisan gumbo fo’ sho’. Two fresh-faced LSU grads are set to bring a little Cajun flavor to Kings County with The Gumbo Bros. After operating pop-up locations at various food markets around the city, their centrally located Boerum Hill brick-and-mortar store debuts this November-ish, with authentic gumbo and po’boys, plus chicory coffee and — for when it heats up again–Abita root beer floats. 224 Atlantic Avenue (at Court); thegumbobros.com 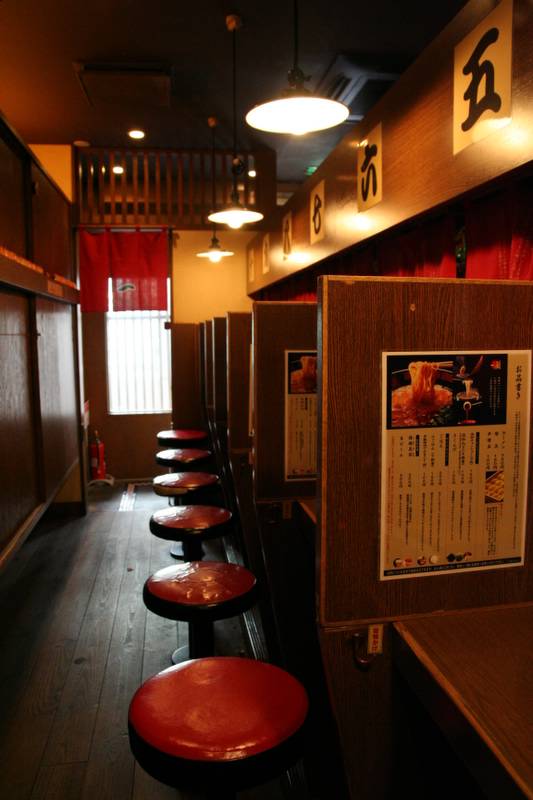 Where you can eat without saying a word If you detest dinner party chitchat, you’re gonna love the concept of Japanese ramen chain Ichiran, which lands in Brooklyn this October. The restaurant is made up of wall-facing “flavor concentration booths” that block you off from other patrons and allow you to focus on slurping. Their porky broth, chewy housemade noodles and spicy red pepper-based sauce are supposedly worth the attention–Ichiran’s locations in Asia draw dearly devoted followings. Note: probably not the best date night spot. 374 Johnson Avenue (near Bogart); facebook.com/ichiranny

The reason your diet won’t last Thanks to the utter ubiquity of Dough Doughnuts and their hibiscus-flavored awesomeness (seriously, my heart doctor would greatly appreciate it if these calorie-bombs were just a little harder to find), it’s not so easy to impress a Brooklynite with a crazy doughnut these days. But if anyone can, it’s Wylie Dufresne, the mad-scientist chef behind the sadly shuttered WD-50 and Alder. Chef Wylie just dropped the news on twitter this week that he’ll be opening Du’s Donuts and Coffee at Williamsburg’s new William Vale Hotel this fall. No word on his flavors yet, but it’s safe to assume they’ll have some of his very whimsical flair to pair with the hotel’s not-just-for-tourists public rooftop green space. 111 N 12th Street (near Wythe) 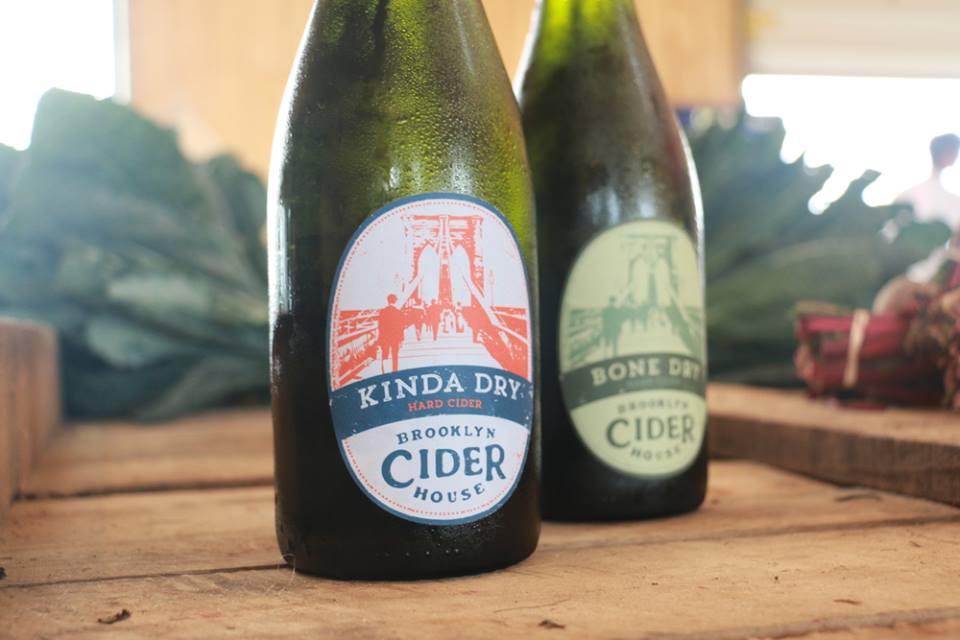 Why you won’t need beer Tart, not-at-all-sweet ciders have already been pushing ales out of the tap line at many a trendy Brooklyn bar these past couple of years, driven in part by their gluten-freeness. If there was any doubt that cider is the new beer, just wait for Brooklyn Cider House, a 15,000-square-foot Bushwick warehouse space slated to open in a few months, complete with a lineup of three signature dry, Basque-style hard ciders made from apples grown in their New Paltz orchard, along with snacks like chorizo cooked in cider. 1100 Flushing Avenue (near Varick); brooklynciderhouse.com

Where to nurse that hangover Northside Williamsburg may be the land of high-priced condos and $200 dinners these days, but most of us first went there for dirt-cheap dive bars and booze-absorbing brunches. You can still get the later at the just-opened Cheeseboat, which celebrates khacapuri, the traditional specialty from the Republic of Georgia consisting of a crispy bread-bowl cauldron stocked to the brim with cheese (like five pounds of it), plus a runny fried egg in the middle. This is still the new Williamsburg, so yes, of course you can add truffle butter. Open now for dinner, with brunch coming soon. 80 Berry Street (at North 9th); 929-295-8401; cheeseboatbk.com

Where to get a cheap lunch It’s increasingly difficult to find an affordable midday meal in or around Cobble Hill, so it’s nice to see White Maize getting ready to open on Smith Street, with Venezuelan arepas to stay or go, at under $10 a plate. The soft white-corn patties will be stuffed with traditional fillings like pabellon–shredded beef, plantains and black beans. 277 Smith Street (between Sackett and Degraw); whitemaize.com 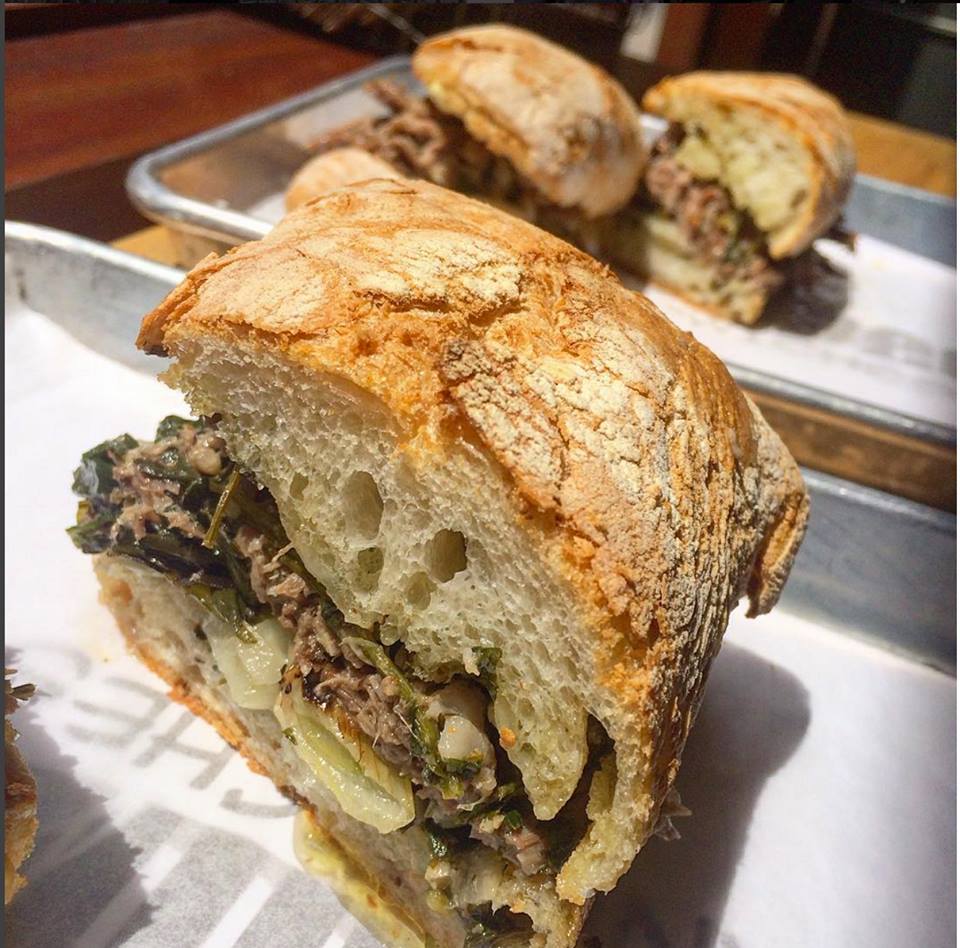 One more reason why you never need to go to manhattan There aren’t many Midtown restaurants we’re eager to export to Brooklyn, but Untamed Sandwiches is an exception. With high-quality meats like braised lamb neck paired with exceptional veggie toppings like walnut nettle pesto, gruyere cheese, pickled spring onions and charred onion tops (yep, that’s all one sandwich), this grade-A sandwich shop is prepping to open a BK location in what realtors are trying very hard to dub “Dumbo Heights”–the formerly desolate area between Cadman Park Plaza and the Manhattan Bridge. Untamed is one of a bevy of lunch options opening soon in between the new Etsy headquarters and WeWork outpost across the street (Glaze Terikyaki and Taco Dumbo are on tap for the same building). 117 Adams Street (on Prospect); untamedsandwiches.com