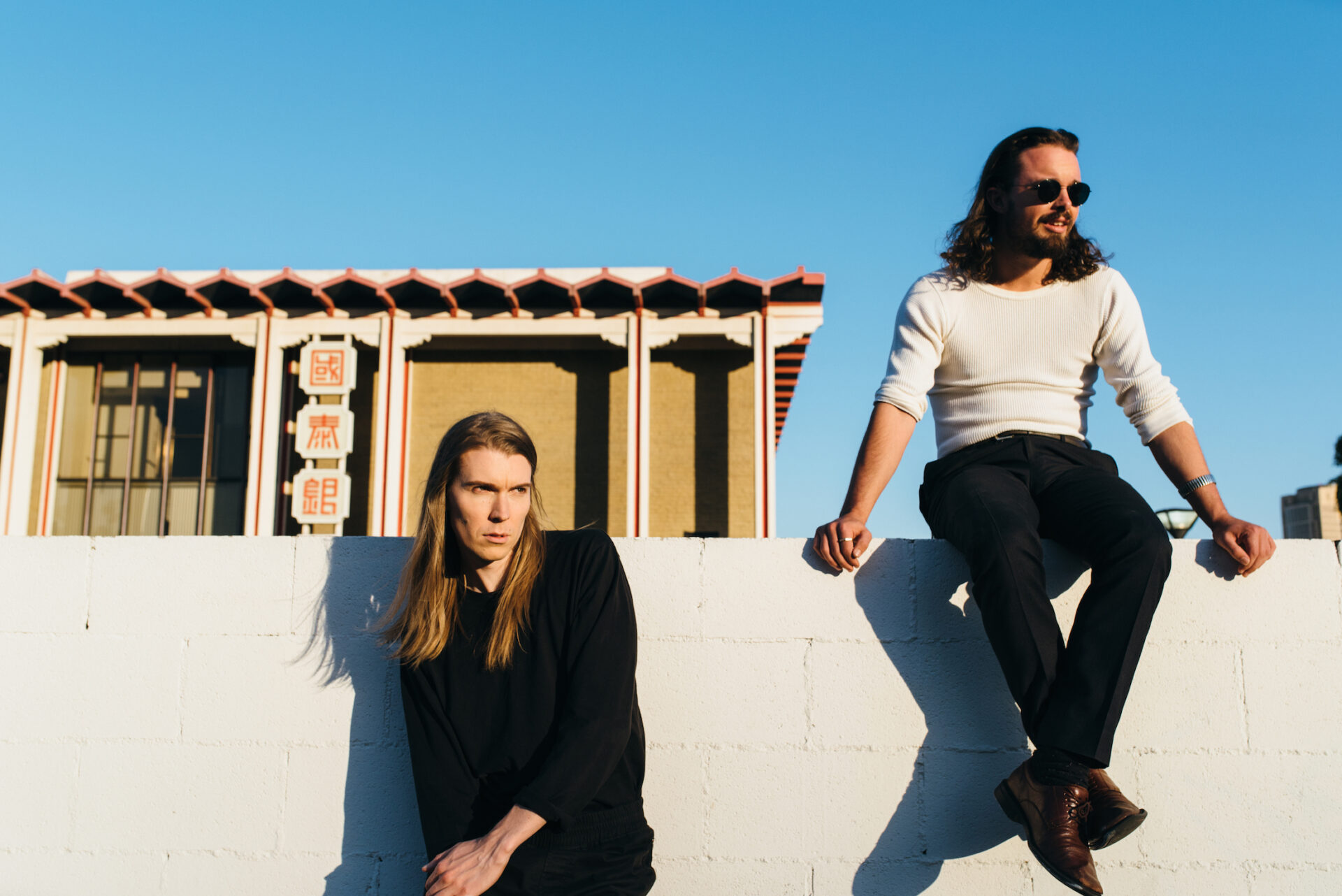 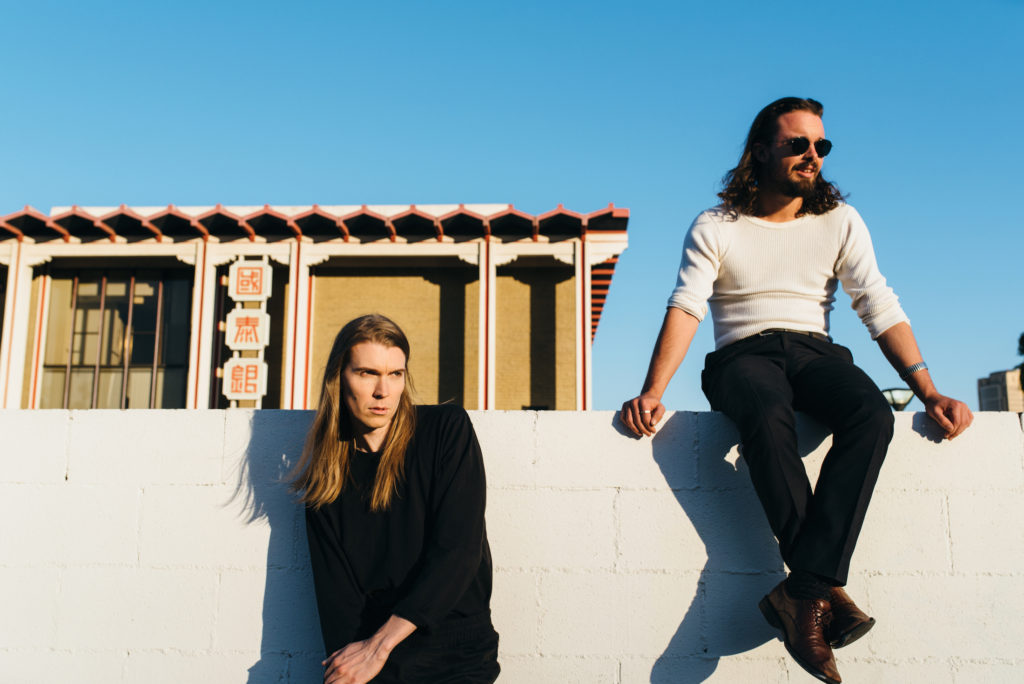 You have to admire an artist with a cutting sense of humor, who doesn’t take himself too seriously. The first indication that Australian musician Alex Cameron might fall into this category is his website, which looks like it was made in 2000 on Geocities. On the site, Cameron states his policy about press interviews. His rules include: 1) that the interview has to be conducted inside a bowling alley in Randwick, Australia; 2) that it must done during two rounds of bowling, and that the reporter cannot bowl while doing the interview 3) that there should be no questions about Cameron’s teeth, which is a sensitive issue with him; and 4) the interviewer should avoid eye contact with Cameron.

Unfortunately I didn’t have the luxury of traveling to Australia to interview Cameron surrounded by the sound of rolling bowling balls and falling pins, but he still talked to me. If Cameron’s interview policy sounds pointed (along with some other thoughts he shares on his site), so are the lyrics on his most recent album, Jumping the Shark.  The album draws from his experiences in show business, an industry that’s not nearly as glamorous as it might seem, and, if his track “The Comeback” is to be believed, can be quite cold and cruel.

Cameron’s sharp observations are the basis for his unique style of storytelling, and he has crafted a very arresting, minimalist electro-pop record that recalls elements of Suicide, early Depeche Mode, and the Cars. His deep and charismatic vocals at times recall Suicide’s Alan Vega, the Cars’ Ric Ocasek, and Nick Cave.

In advance of his gig at AVIV this Friday, Cameron spoke with me about his latest album and his career up to this point.

When and how did you meet Roy Molloy, your musical and business partner?

I met Roy when he moved in two doors down from me in 1994. He was stuffing lemons in a drain. A whole sack of lemons, one by one. We became enemies and then a decade later we became friends. He played me some Lou Reed in 2004 and that changed things for me. Then another decade later I was short on cash and Roy got me work in a pizza joint pounding dough. We talked about the music industry and decided to go into business together.

Can you talk about when and how you got into show business? Were you previously in bands?

Yes, I played in other bands. I started on the pub scene in Sydney playing kit drum for a surf rock band. I was about 17. I was a noodle of a teenager. But I had all these thoughts and I understood the rhythm of words so I figured I should be out front and not up back. First time I sang in public was at a Karaoke bar in Sydney’s Chinatown. Second time was to a sold out Sydney Opera House. Third time was to four people at a bar called the Hollywood Hotel. I sang through their announcement PA and was not paid.

What part of Australia are from you originally from? Were you always writing and/or playing music growing up? Who were your influences?

I’m from the state of New South Wales. The east coast. I was raised split between Bondi Beach and a small cattle town called Deep Water. I was always writing. My mum made me write down all my thoughts on paper because I was always talking to myself. Then I started to record melodies on a Dictaphone in secret because I was very embarrassed about my compulsion. Big names for me as a kid were Buddy Holly, Split Enz, George Harrison, Nina Simone, and Lou Bega.

Let’s talk about the making of Jumping the Shark. How did it come about?

Jumping The Shark started as a short story based on a set of photographs. My friend McLean Stephenson called me up and said, “Hey kid, I’m coming over to take some photos of you and you should be completely prepared to be naked in them.” We ended up in a storm water drain with him encouraging me to take certain shapes and forms. He is more of a director like that. Anyway, I looked at the photos and realized what was happening. I saw myself as the character. Then I turned my short story about a talk show host that loses his job because of the Internet and reality television into a record. The words came first as poems. Then the music was made with the words in mind.

I love the ’80s minimalist synth-pop sound on the record. What made that an ideal vehicle to present the music lyrics as opposed to a conventional guitar rock sound?

I suppose the characters. None of them are guitar players. They’re all keyboard enthusiasts and drum machine collectors. Small and focused and dealing with some anti-social sadness.

From what I read about the album, it deals with the dark and vacant side of today’s entertainment industry, and perhaps society at large. What did you want to convey to the listener through these songs?

Just that failure is terrifying. Not necessarily negative, just terrifying and gratifying and real.

“She’s Mine” is one of several uptempo tracks on the record, kind of New Wave-ish—lyrically it’s very poetic. Can you talk about the backstory of that song?

I used to live and work in the entertainment district of Sydney. Strip clubs, sex stores, bars and live venues. Some Saturdays I would be hiding from booze in my apartment – watching DVDs and nutting out bad song ideas. I’d take a walk around 2AM and see the drunk people trotting about. Seeing drunk people when you’re sober is pretty isolating. I guess I was feeling pretty good about myself, like I’d figured everything out. And knowing that I was completely sober and deluded, it made sense to write a song about a horny young guy trying to hand out love advice to strangers. I saw the creeps and made believe that I wasn’t one myself.

The music on “Internet” is very ethereal and haunting (I love that fuzzy bit at the end that evokes the sound of a modem). It’s kind of a chilling take on a technology that has been so pervasive in our lives.

That song is like if you slow down the sound of a dial up modem by 2000% – like that’s the song hiding in amongst the noise. In some way the Internet is a mouthpiece for mental illness. It’s quite eye opening.

“Taking Care of Business” kind of reminds me of a little bit of Joy Division and New Order. Is it based on something personal or a metaphor about something?

It’s based on my upbringing in Australia. My mum is a very kind woman. She treated me right but her and her family and friends were farm girls so they know how to get a job done. I was a small skinny boy running around on a property with snarling dogs and hog breathed bulls. At times I didn’t feel like one of the boys. But I also didn’t feel like one of the girls. I just felt scared. And my mum protected me.

I enjoyed the videos for “Taking Care of Business” and “The Comeback” on the basis of your performance and the simplicity of the concept of just you on a stage.

Every director that’s approached me has just wanted to capture what I do live. I like it like that. My songs tell the stories so we don’t need some sprawling visual narrative to confuse everyone. It’s about showing people into the world I’m creating.

Have you performed in America before? And if so, what are your impressions of the States?

Yes I’ve played in America before. Not a lot, but enough to know I like it. It’s a troubled place. But so is anywhere that the British ravaged. That’s the challenge. Overcoming a violent nature. The audiences are warm and excited though. This is where things are real. So that’s inspiring.

I take it from your interview policy that you’re a bowling fan—or maybe not? Have you done press interviews in bowling alleys?

Yes I like bowling. I am naturally very good at it. I have conducted many interviews in many bowling alleys.

Alex Cameron will be playing on Friday at AVIV, 496 Morgan Ave., Brooklyn, 9:30pm, $10.  His latest album Jumping the Shark is now available.