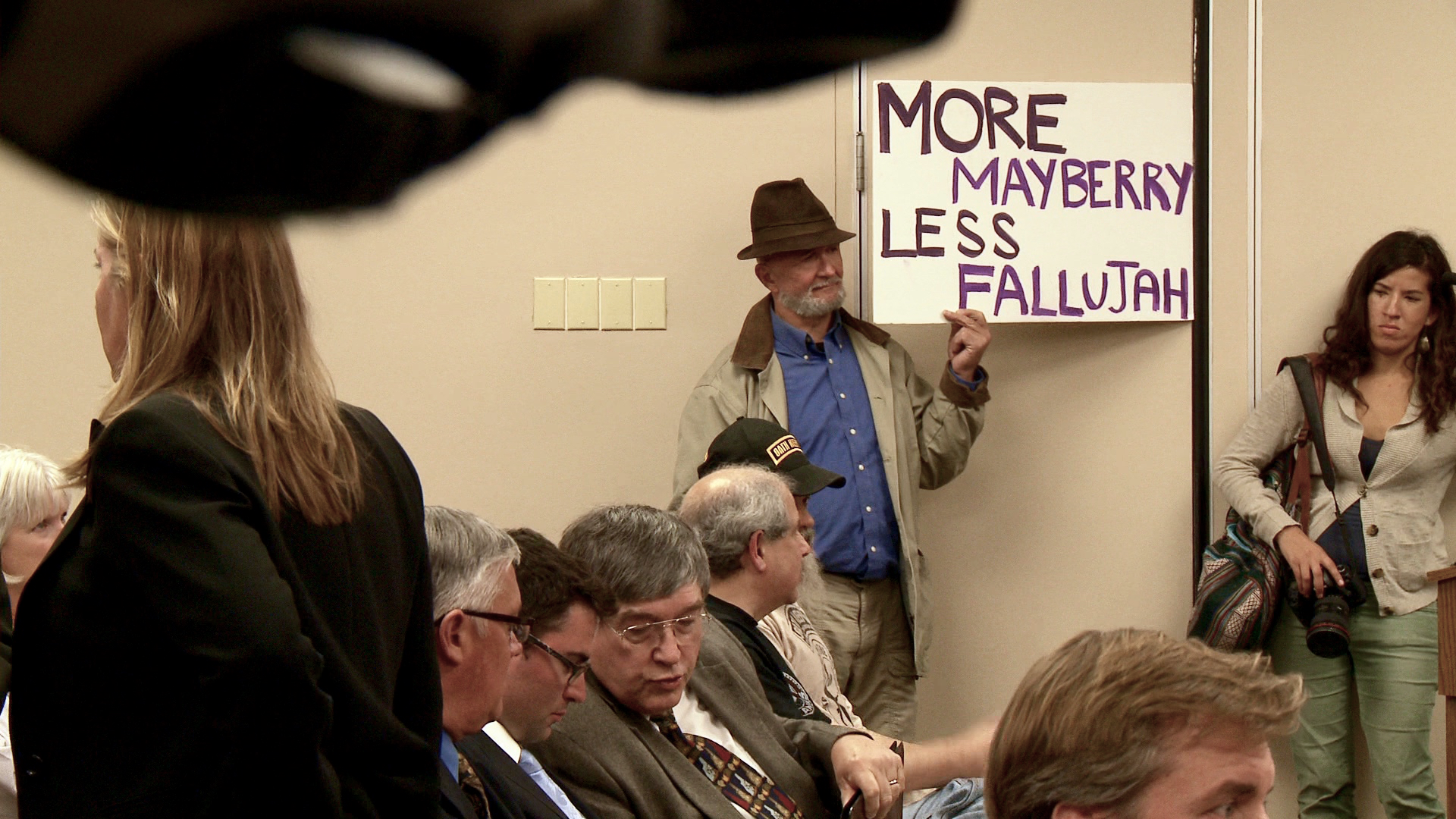 If it wasn’t for the strip mall parking lots in the background, it would be easy to mistake Missouri for Mosul in the opening shots of Do Not Resist, Craig Atkinson’s, infuriating and important documentary investigating the militarization of American law enforcement.

The film opens on Friday, Sept. 30 at Film Forum, and feels incredibly timely in the wake of the deaths of Terence Crutcher and Keith Scott last week at the hands of police officers, and the police response to protests in Charlotte where Scott was killed. While Do Not Resist screened as part of the Tribeca Film Festival earlier this year, and at the Nitehawk in July followed by a Q&A with Atkinson, this is the first extended run for the film in New York City.

Atkinson takes a fly-on-the-wall approach to documentary filmmaking. There are very few talking heads and aside from several moments when police departments ask them to stop filming, say, in the middle of a drug bust, the filmmakers are not present in the footage.

Despite deep family connections to law enforcement–his father was a SWAT officer for 29 years–Atkinson’s footage makes a clear case against the militarization of local police forces. As he explained at the Nitehawk in July, that family history, and his willingness to attend a 2013 police convention during which he formed connections with various officers, helped to ingratiate him with law enforcement, who eventually gave him broad access to make the film. 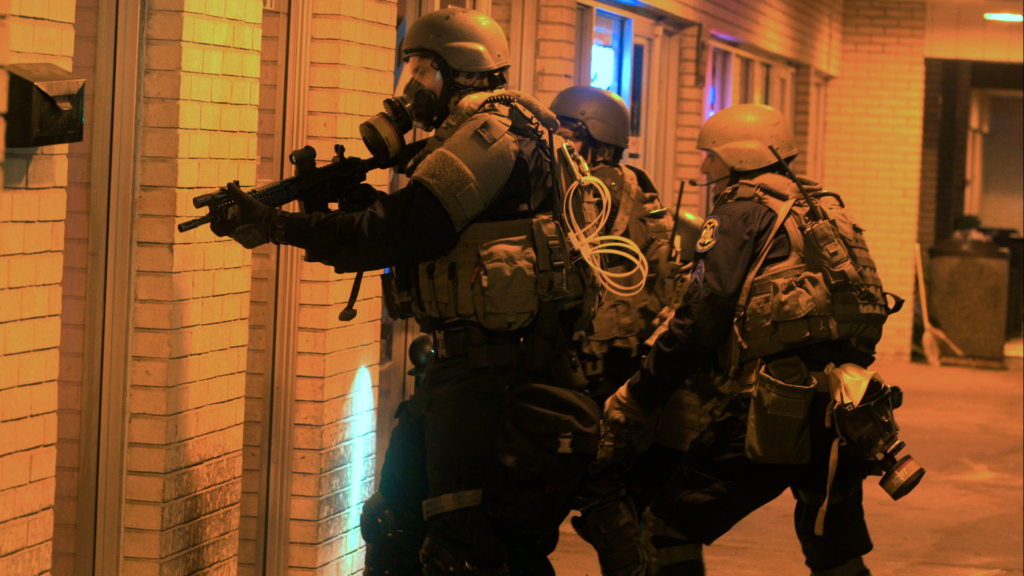 Cops in Ferguson, Missouri prepare to raid a storefront. Courtesy of VANISH Films.

Do Not Resist begins with protests on the streets of Ferguson following the 2014 death of Michael Brown. Armored tanks built for the desert roll down a suburban street, staffed by men in camouflage and gas masks who hold machine guns the size of toddlers. The camera quickly zooms out to tear gas, smoke, and the sound of gunshots. Getting done with their patrols, two officers celebrate by bumping their riot shields and chat casually about their upcoming work schedules.

The next stop is a Florida conference room full of police officers listening intently to a lecture from Dave Grossman, a retired lieutenant colonel in the U.S. Army, who is the director of a company called Killology Research Group (no, really). Killology puts on presentations for law enforcement agencies all over the country arguing that these are violent, brutal times we’re living in, making a case for law enforcement officers to treat their jobs like soldiers engaged in war. He psyches up crowds by telling them that many police officers go home and have amazing sex with their partners after shooting a suspect. Grossman subtly, and not so subtly, ties sex and violence together in the minds of the officers, who seem to leave ready to believe they’re warriors against terrorism and tyranny. Who are about to get laid.

At a city council meeting in Concord, N.H. it becomes clear that these combat techniques and equipment are not being used to fight ISIS, but rather, to add unnecessary fire power in, for example, low-level drug busts. That city council finds itself in the odd position of voting on whether or not accept grants from the Department of Defense that would come with Mine-Resistant Ambush Protected vehicles (MRAPs).

Atkinson’s New Hampshire footage is a crash course in how the government, faced with a surplus of vehicles and other equipment left over from our ongoing conflicts in the Middle East and around the world gives them to local law enforcement for use in day-to-day police work. They do so even in a city like Concord, with a population around 40,000, which by all reasonable estimates has a non-existent land mine problem.

Atkinson’s film makes clear that it’s not just law enforcement gear that that has become more extreme; there’s a mindset that goes along with the equipment. One particularly chilling example comes when a South Carolina SWAT team roughly handcuffs and forcibly moves a man in a wheelchair into a police vehicle. They dehumanizing way they deal with him is such a mismatch for his unassuming demeanor that it seems incomprehensible that the officers allowed the cameras to remain rolling.

In the final third of Do Not Resist Atkinson pivots to an element of militarization that some viewers will find even more upsetting than local officers manning mine-resistant armored tanks, focusing on the role of technology in police militarization. The film includes an interview with a data analyst who believes that he can predict whether or not a child will be likely to commit murder later in life, as well as with LAPD officers in change of constant social media monitoring, plus a look at a police car that gives cops access to broad surveillance tools at the click of a button. It’s not as visceral as the earlier footage, but just as effective in its creepiness.

Back in July, Atkinson emphasized that the both the militarization of police equipment and the war zone mentality that seems to go along with that are ongoing issues in the U.S., pointing to the murders of Philando Castile and Alton Sterling. Two months, and too many police shootings later, his point about the steady escalation of force, and disintegration of trust between law enforcement and civilians feels hauntingly on point.