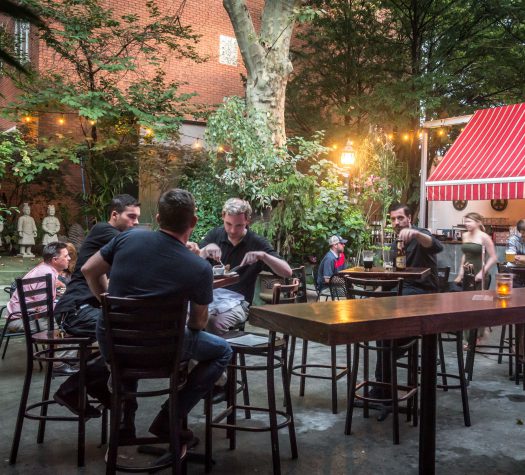 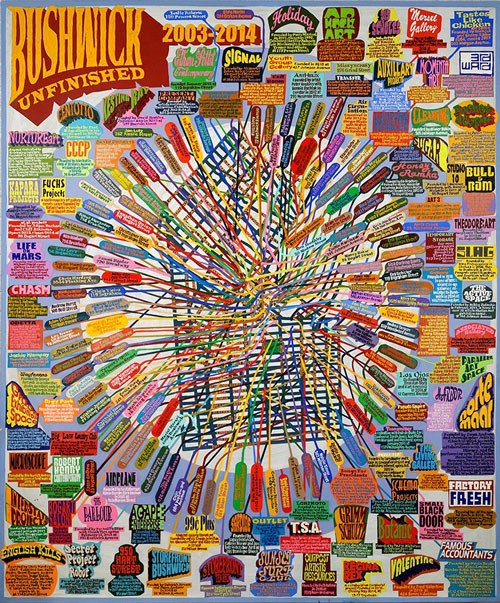 “Making the Future” is the theme of the Arts in Bushwick open call show at DAVID&SCHWEITZER CONTEMPORARY. It opens Friday night to kick off this weekend’s Bushwick Open Studios. Illustration: Loren Monk

Welcome to another edition of Your Ideal Week, our regular Wednesday post wherein we cull together our favorite ideas of what to do with your free time for the next seven days.

This week started out with crushing anxiety/despair as we anticipated the first debate between the two presidential nominees, because it’s impossible to feel confident when the adversary is as chaotically craven as he who I will never refer to seriously as “Mr. Trump.” Now it’s all over and Hillary clearly won, but more importantly won so handily that even people who would normally deny the fact of her victory, like Giuliani and Trump himself, are left resorting to eminently dignified tactics like claiming the questions were unfair or Trump’s mic was broken. (Sidebar: When I was 7 or 8 a kid in my class had a birthday party at our local bowling alley and invited his neighbor who didn’t go to our school. For the entire 3 hours, this kid complained after every turd he threw into the gutter that someone had put “grease or something” on his– and only his–bowling balls and ultimately dissolved into an epic, red-faced, tear-filled tantrum that caused a minor stir in the snack bar area. I unfortunately have forgotten the mini McEnroe’s name after all these years, but I certainly wouldn’t be surprised if it turned out he is now a Trump campaign strategist. But I digress…)

The point of this all is to say that there is a tentative, tiny sense of hope this week that we might get to the other side of this thing, and that is reason to celebrate and take advantage of the fun stuff going on around here this week.

Bushwick Open Studios is happening this weekend, so be sure to check that out if you’re hankering for some artistic inspiration (or maybe a new piece to go above your couch). And if you always get shut out of the Moth when it comes to the Bell House because it sells out so fast, take note of the fact that tickets to next Wednesday’s show go on sale today at 3pm.

Finally, here’s something to plan ahead for: Wilderness Field Notes is running another all-inclusive fall weekend retreat in the Adirondacks on October 14-16 and it sounds like the best of summer camp in a fall setting upstate, so what’s not to love? The weekend promises quiet, whiskey, delicious communal meals, late night bonfires, and daytime activities that include archery, arts and crafts, kayaking, and chopping wood. The cost for the whole shebang, including cabin lodging with a comfy bed, starts at $435 per person, but our readers get 15% off if you use the code BROOKLYNBASED.

Setting our sights back on this week, we’ve got more tips to fill up all your days, so be sure to read on and start making plans. Happy fall to all!

If you’re still reeling from the debate on Monday, maybe it’s time to get engaged in politics in a slightly more enjoyable way– with comedy! On Thursday night, Littlefield is hosting A Hyde Unhappy Hour, a night of standup and activism to benefit the Reproductive Health Access Project and its efforts to get rid of the Hyde Amendment, which has been used for 40 years to deny abortion coverage to women on Medicaid. Not only is the cause a worthy one, but the lineup of performers  is pretty great and includes one of my personal faves, Josh Gondelman, as well as Sydnee Washington, Subhah Agarwal, Ana Fabrega, Eve Peyser, and Melissa Rocha. Tickets start at $15 and the show starts at 7.

This weekend marks the traditional close of Oktoberfest (why it takes place mainly in September and yet is still called Oktoberfest will never fail to confuse us). Celebrate it Friday night by heading over to the Brooklyn Bavarian Biergarten (that’s the one connected to the venerated Grand Prospect Hall in Park Slope). The massive indoor/outdoor watering hole is hosting a night of beer, brats, games and live music starting at 7pm, and which sounds like an ideal way to close out the work week. Admission is free but you might want to register here just to be sure you have a spot. 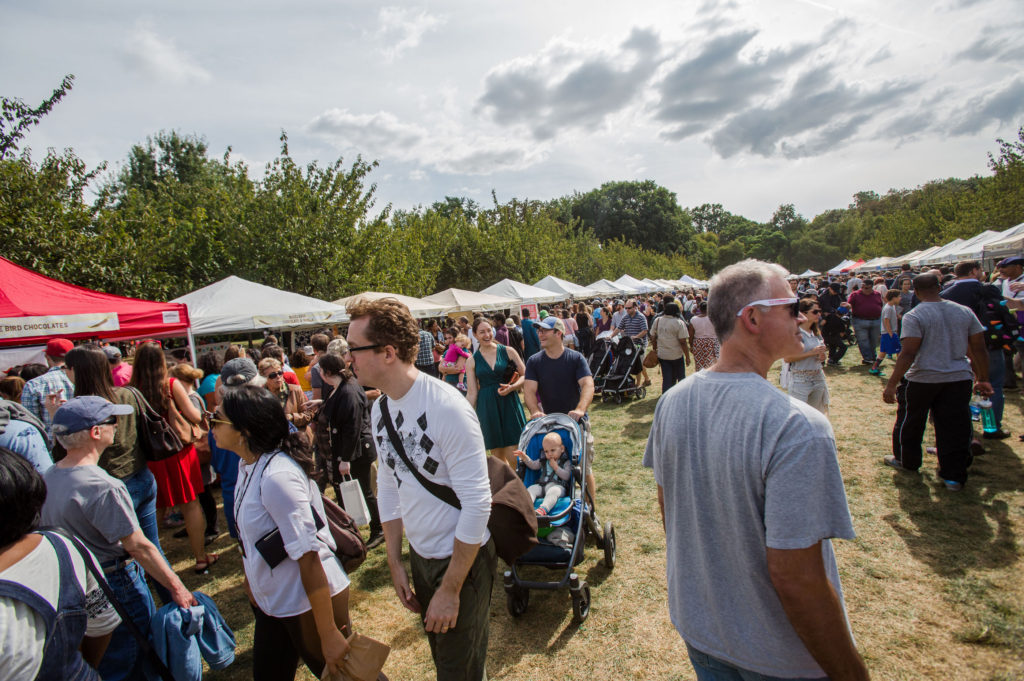 If it’s got heat, it will be at the Chile Pepper Festival on Saturday. Photo: Liz Ligon.

Saturday presents two awesome opportunities to feast upon some great grub. First up, Ditmas Park’s Sycamore Bar is teaming up with Insa Korean BBQ and Fleischer’s Craft Butchery to host a Pig and Goat Roast in its backyard. There are three seatings, at 1pm, 3pm, and 5pm, and your $30 ticket includes a plate of food, a pint of beer, and two raffle tickets to win prizes like karaoke at Insa, butchery classes, and more. From 10am-6pm on the same day, the Brooklyn Botanic Garden is welcoming the 24th Annual Chile Pepper Festival to its grounds. Over 60 artisanal food vendors who specialize in the spicy stuff will invite you to taste their wares, which are grouped into categories like “Chile-Chocolate Debauchery,” “Piquant Pickets,” and “Combustible Condiments.” In addition, there are live performances by six scorching global bands on the slate, including the Lost Bayou Ramblers and Aurelio. Tickets are $20 for adults. 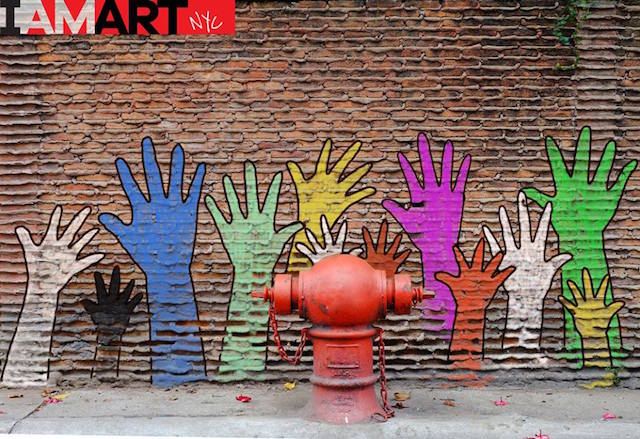 Industry City is hosting a new art, food and music festival with an urban twist this weekend from noon to 7pm on both days. IAMART*NYC will feature works by a diverse array of urban visual artists, including some super talented kids, beautiful culinary creations from a carefully curated group of chefs, and music from the likes of Les Nubians and Grammy-nominated Eric Roberson. Tickets are $20 for a day pass and all ages are welcome to attend.

If you don’t have a Rosh Hashana dinner to attend on Monday night, flex your creative muscles at this month’s installment of the Brooklyn Draw Jam at Shoestring Studio in Crown Heights from 7-10pm. All are welcome to come participate at a spontaneous and collaborative drink and draw event that regularly includes projects like jam comics exquisite corpses, and drawing games. A $5 donation is suggested and beer and some art supplies will be available, although you should feel free to bring your own as well as snacks. 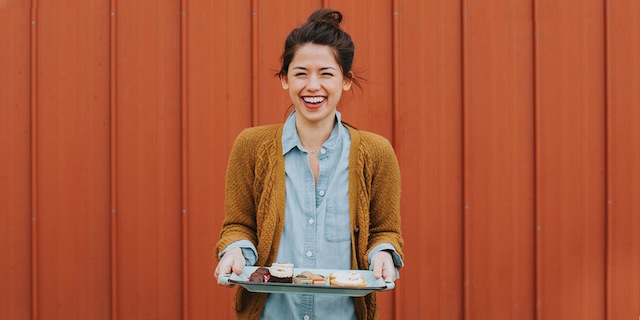 Molly Yeh is celebrating her new cookbook with a beer, wine and treat-filled launch party with Deb Perelman of Smitten Kitchen on Tuesday.

There are tons of aspiring home cooks out there who count chef/bloggers Molly Yeh of My Name is Yeh and Deb Perelman of Smitten Kitchen among their heroes, and both women are appearing in conversation on Tuesday night at West Elm in DUMBO to promote Yeh’s new cookbook: Molly on the Range: Recipes and Stories from an Unlikely Life on the Farm. Your $45 ticket includes a copy of the book, a treat made using one of its recipes, and complimentary beer and wine. If that’s too steep, there’s also a free panel about craft beer going on at BRIC House Stoop at 7pm, and it features experts from Bitter & Esters, Threes Brewing, and Strong Rope Brewery. It’s Brewing in Brooklyn will touch on topics like home brewing advice, entering brew contests, and launching a successful commercial brewery, and includes a beer tasting and food pairing from City Farm Cafe. Although attendance is free, an rsvp is required.

Anyone who regularly watches NY1 probably feels like they hang out with morning anchor Pat Kiernan more than some of their actual friends, but what if I told you that you can spend Wednesday evening with him IRL? The Canadian correspondent (and his signature dry wit) will be joining Bill Helmreich, author of The Brooklyn Nobody Knows: An Urban Walking Guide, for a discussion about the wonders of our favorite borough at the Brooklyn Historical Society at 6:30pm. Tickets  are $10.