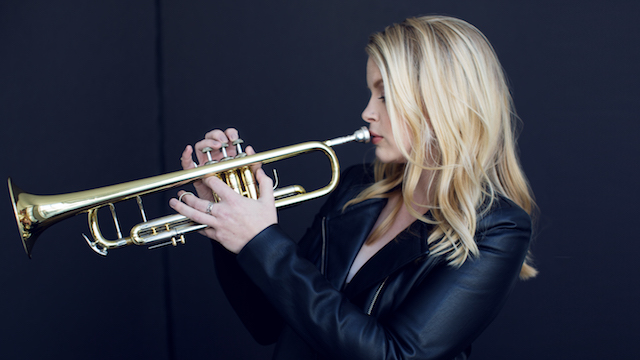 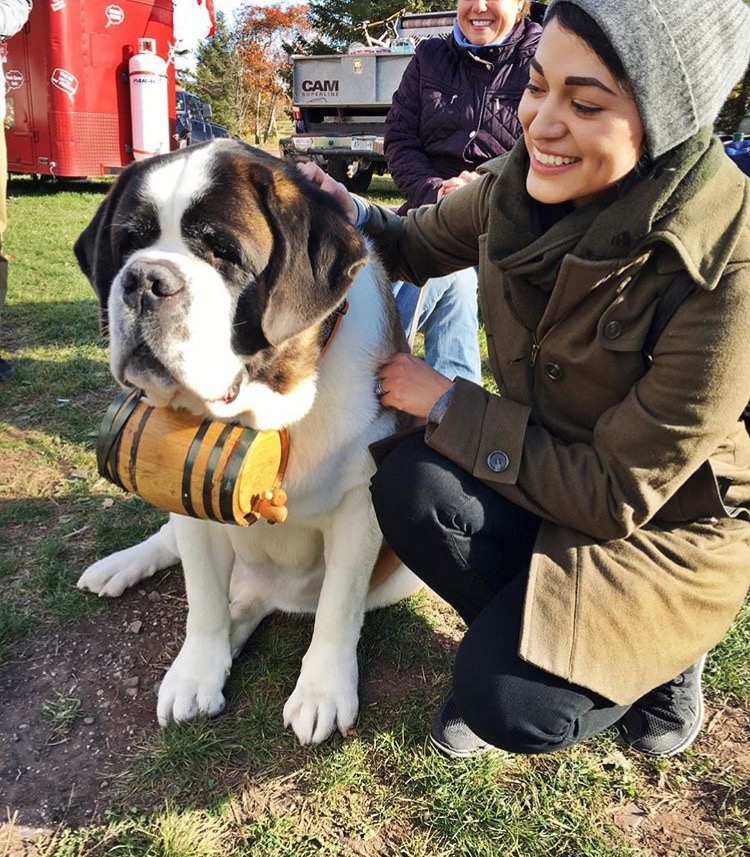 This is the week that introduced us to Ken Bone, the bespectacled, mustachioed hero who injected some humanity and levity into the otherwise thoroughly depressing second presidential debate. The tweets about him alone have been, for lack of a better word, art. If Bonemania has left you curious about other civilians who have tried to add some cultural context and even beauty to the nightmare that is Trump’s ultimate reality show, you might want to check out Two Face, a solo exhibition by Mark Abramson on view at DUMBO’s United Photo Industries Gallery through Oct. 29 that explores the complicated emotional landscape surrounding the 2016 presidential race.

The 5th annual Beers for Beasts, which is a can’t lose situation involving one-of-a-kind craft beer collaborations from Sixpoint and special guests, food from Calexico, Pizza Moto, and Dub Pies, and fundraising for adorable puppies and kittens who need homes, is back at the Bell House on Saturday. Tickets are $70 but include food and drinks and excellent karma, as 100% of the proceeds will benefit the Humane Society. And our friends at LoftOpera have started selling tickets for their December run of Verdi’s MacBeth, which will be performed in the MAST Chocolate Factory at the Brooklyn Navy Yard (yes, there will be chocolate to eat), so you might as well get that on the books now in case it sells out.

Otherwise, there is an abundance of activities to choose from during this pleasant mid-October stretch in Brooklyn, so read on and start making plans for your Ideal Week.

Bria Skonberg is just one of the many musicians performing at BRIC’s Jazzfest this weekend. Photo: BRIC

BRIC’s Jazzfest is back again after its well-received run last fall, and Thursday night kicks off a three-night Jazzfest Marathon featuring an incredible 27 jazz legends and up-and-comers from Brooklyn and beyond performing staggered sets throughout the venue. Tickets to the Friday and Saturday night shows will run you $25-30 each, but you can see Thursday’s lineup–which boasts the David Murray Infinity Quartet, Ben Allison & Think Free, Taylor McFerrin & Marcus Gilmore, Krystle Warren, Jason Marshall, Inyang Bassey with special guest Binky Griptite, Michael Leonhart Orchestra, Kenyatta Beasley, and Bria Skonberg–for free if you RSVP here. The evening is designed so that you can move around between performances and enjoy snacks and drinks from the bar.

The black arts beckon on Friday night, when Brooklyn’s own widely acclaimed mentalist and mindreader Vinny DePonto will amaze/freak you out with an intimate, one-night-only show at Threes Brewing. I’ve never seen DePonto perform, but Buzzfeed, The New York Times, and The Daily News are all big fans of his work, and he is often hired as a consultant on TV shows and movies that feature illusions or practical effects. The Secret Show has two extremely limited seatings to choose from, at 8 pm and at 9:30 pm, and tickets are $30. 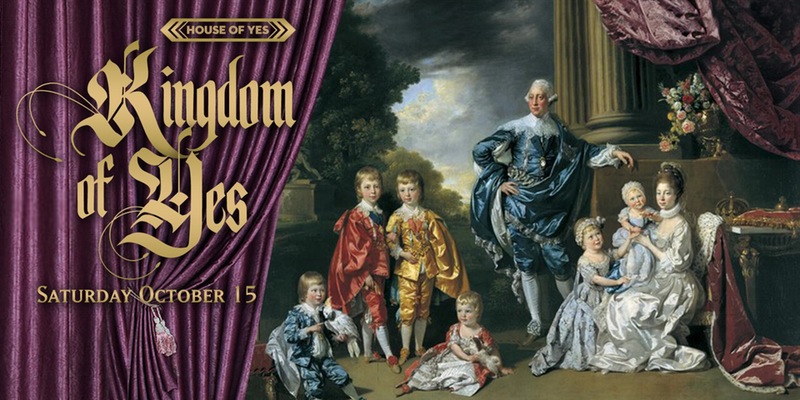 Get ready to party like it’s 1499 on Saturday night, because the House of Yes is hosting a Kingdom of Yes Royal Ball starting at 10pm. Costumes are encouraged, so expect to see knights, princesses, dragons, serfs, and wizards taking part in the night’s dancing, jousting, juggling, foolery, and magic. There will be “courtly tunes” to bust a move to, as well as tons of wine, and if you arrive before 11pm with an RSVP, you are guaranteed free entry (latecomers have to pay $15 at the door). 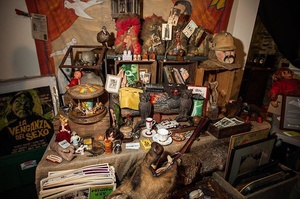 If you have any Halloween shopping to do, we suggest hitting up the Morbid Anatomy Museum’s Halloween Flea Market at The Bell House on Sunday from noon to 6pm. It’s a one-stop shop where you can find everything you need in the creepy/taxidermied/antique realm, and we’re not talking that plastic crap from Party City–this stuff is the real deal. Entry is $1, which you can pay at the door and while you’re at it, you should pop across the street for a slice of pie from Four & Twenty Blackbirds. 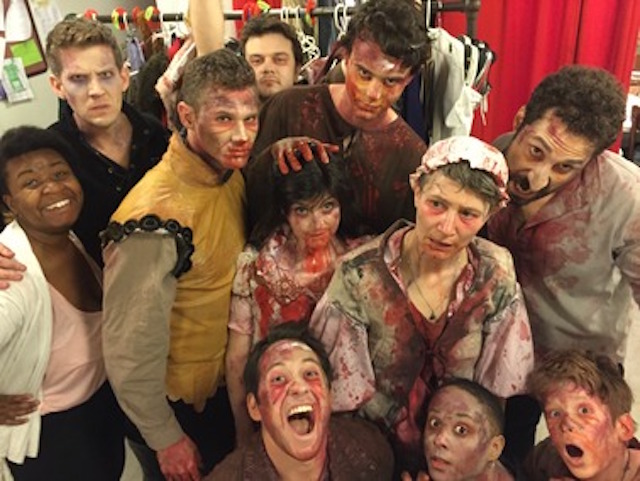 Learn how to use makeup to create realistic cuts, burns and zombie gore with the Brooklyn Brainery. Photo: Stephanie Cox Williams

In keeping with the Halloween-prep theme, you can get a head start on a truly terrifying costume this year by signing up for Bruises and Burns and Zombies (Oh My!), a Brooklyn Brainery class happening Monday night at 7:30pm at the Way Station. For just $20, award-winning FX/Gore designer Stephanie Cox-Williams will teach you how to create realistic wounds, bruising, and scratches using makeup and household supplies. After an hour-and-a-half, you’ll have the skills to transform yourself into an awesome zombie (and a makeup palette to take home with you). 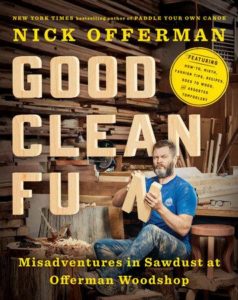 It’s a two-for-Tuesday when it comes to events involving funny people in Williamsburg this week. First up, if you’ve had a Ron Swanson-shaped hole in your heart since Parks and Rec was canceled last year, I’m happy to pass along the news that the one and only Nick Offerman will be reading from and signing his new book about his real-life woodshop, Good Clean Fun, at Artists & Fleas. The book launch party starts at 7:30pm, and your $38 ticket gains you entry, a hardcover copy of the book from WORD, and a tote bag from Artists & Fleas. Alternatively, you can grab a free draft beer and catch sets from comedians like Josh Gondelman (Last Week Tonight), Carolyn Castiglia (Comedy Central, Right Now), Ariel Elias (Someecards), and Lukas Kaiser (Chappelle Show) at this week’s edition of Ambush the Pizza Shop!, a weekly Tuesday night comedy show at Williamsburg’s Two Boots. The show starts at 8pm and tickets are free.

Wednesday, October 19
Jonathan Lethem, whose Motherless Brooklyn and Fortress of Solitude captured Brooklyn for readers all over the world, has written a new novel called A Gambler’s Anatomy that follows a professional backgammon hustler who is struck by a rare medical condition that forces him to face experimental surgery and an existential crisis. Lethem will appear in conversation with another Brooklyn literati figure, Ben Lerner, on Wednesday night as part of the Brooklyn by the Book series. The event starts at 8pm at Congregation Beth Elohim, and a ticket (which includes a copy of the novel) is $30.