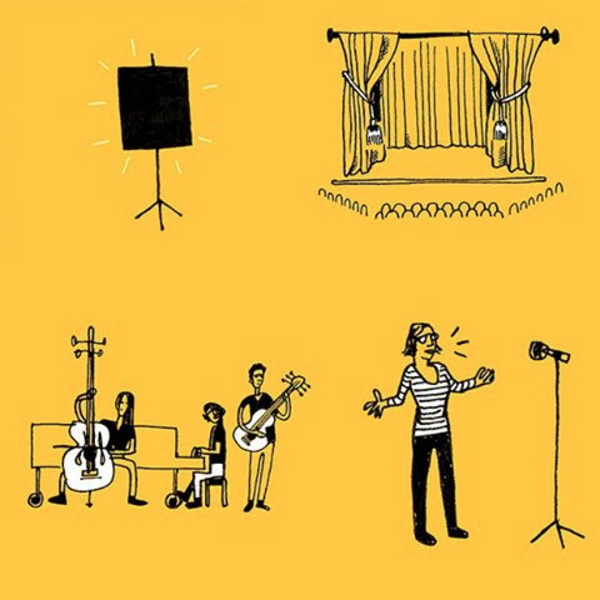 You’re right, it’s not quite November yet. It just seemed like with the ultra-long-weekend of Halloween revelry we’re looking at, plus the collective sense of dread surrounding Election Day on Nov. 8, which will likely hit a fever pitch next week, that we should provide you, the people, with some cultural touchstones to look forward to with real joy and anticipation in your hearts. No spray tans, no candy corn (unless you want it, but we’re definitely judging), no sexy anesthesiologists, no pantsuits, no puppets or bad hombres, (though there are plenty of nasty women on this list). Just 10 excellent things to read, watch, experience and enjoy. Yes, they still exist and you’re very welcome. 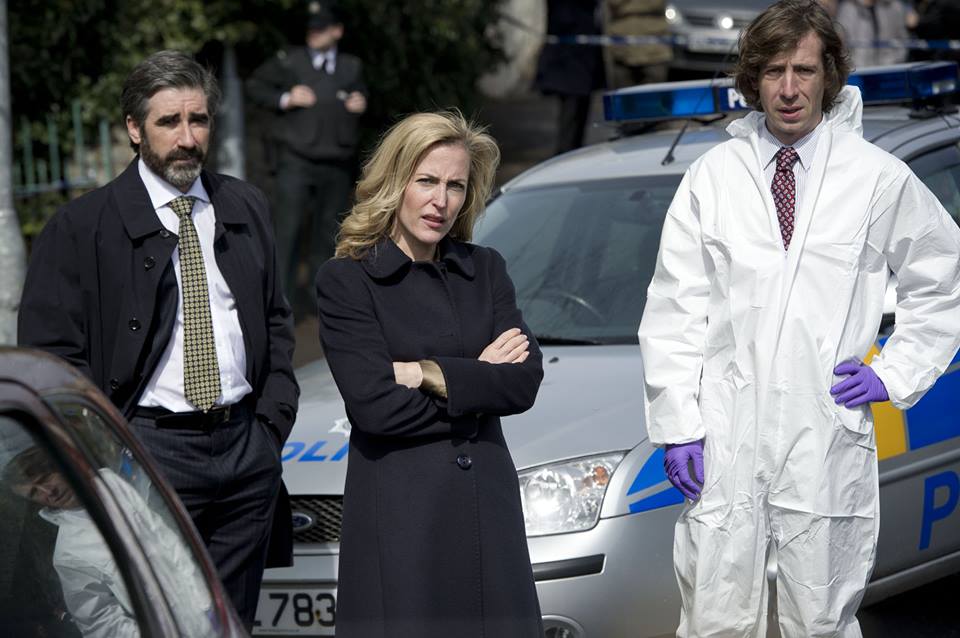 10. Season 3 of The Fall debuts on Netflix on Oct. 29, the day after the series finishes its run on BBC Two. If you aren’t already a fan of this extra creepy procedural, which stars Gillian Anderson as a driven detective who is remarkably different than Dana Scully, and Jaime Gornan as a smart, scary serial killer, go watch the first two seasons now–there are only 11 episodes total. Pro tip: If you don’t like spoilers, don’t google the show, just go and watch it from the beginning on Netflix or Amazon right now.

9. Pop-up Magazine is coming to Kings Theater on Nov. 17 and it’s one of the live performances we’re most excited about this fall. It’s like a journalism variety show in the best possible way, with live storytelling, photography, video and audio pulled together into a heady, coherent experience. If you need a media consumption reset button after reading every single op-ed about the election for the past six months, this my friend, will restore your delight in the fourth estate. Tickets start at $35 and there are still great seats available at $70. 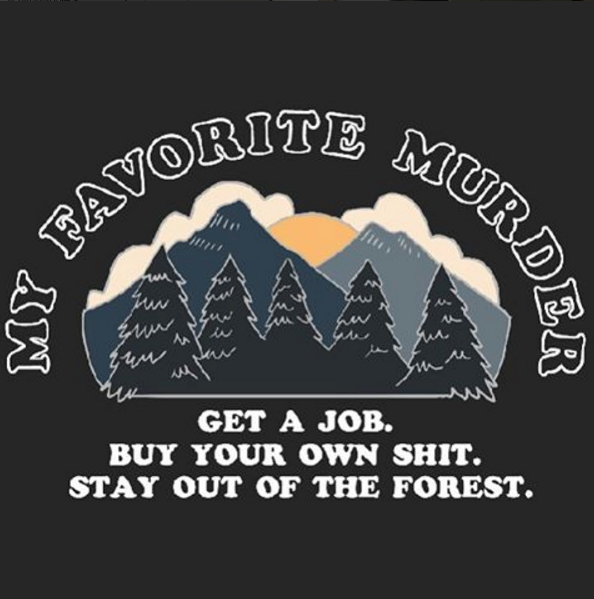 8. True crime podcasts are having a real moment right now. What started with Serial has blossomed into an entire genre. The heartbreaking, gripping and very Serial-like In the Dark is a deep dive into the kidnapping and murder of 11-year-old Jacob Wetterling in 1989, and takes local and federal authorities to task for their failures in a way that feels compassionate and principled at the same time. Criminal explores all aspects of many different types of crimes in smart, measured way that gets at deeper questions about how we define and think about crime and the law, through the lens of compelling stories. And My Favorite Murder is a hilarious and disturbing look at murder, how and why it happens, and why it fascinates us so.  Criminal and My Favorite Murder are coming to the Bell House–Criminal has a show on Halloween (and a sold-out one on Nov. 1–check back though, they often release additional tickets the day of). My Favorite Murder will be at the Bell House on Dec. 11, but tickets have not yet gone up and these babies will sell out FAST. Their twitter, @MyFavMurder, is probably the best way to keep tabs on the situation. 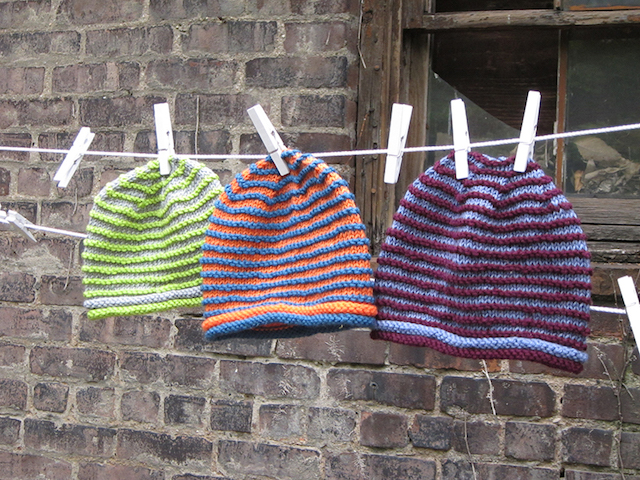 Finally, get some help on all those Wool & The Gang patterns collecting dust in your nursery. Photo: Woolyn

7. In New York City children get so much more exposure to art, music and film than the ponytailed music teacher who brought his guitar to class once a month that I grew up with in the sticks. Whether it’s a program at Lincoln Center, a trip to one of the nation’s first-ever dedicated children’s museums or a special program at El Museo del Barrio for kiddos, writer Meredith Craig de Pietro has created a wide-ranging calendar of cultural events for families for November that provides major inspiration for things to love about this city–even if you’re child-free. 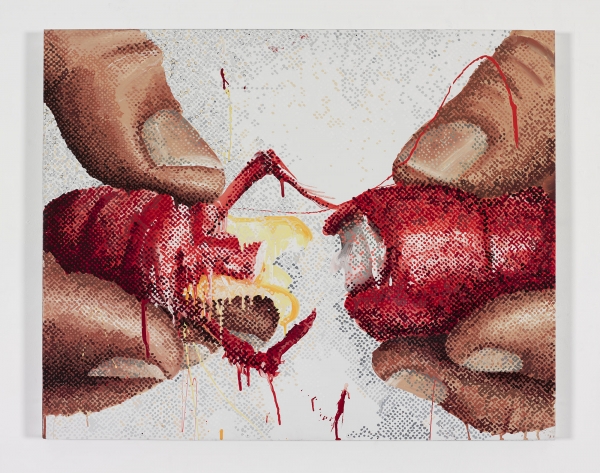 6. The Brooklyn Museum seems to be connecting to a deeper cultural moment as we sit poised to elect the first ever President who is also a woman. Throughout 2016 they have been celebrating women artists through Year of Yes: Reimagining Feminism at the Brooklyn Museum , a series that examines women in the art world, they’ve celebrated the 10-year anniversary of the Elizabeth A. Sackler Center for Feminist Art, and on Nov. 4 Marilyn Minter: Pretty/Dirty opens at the museum. Minter has long grappled with ideas surrounding feminine beauty, sex and the body, the fashion industry and the commodification of women’s bodies in her work. This is the last stop on a multi-city tour for the show, and a perfect time to go and see it.

5. Zadie Smith is one of those rare literary talents who starts out young and astonishing and just gets better over time. She turned 25 the year her first novel, White Teeth, was published and has been a continual source of lovely prose, insightful essay writing, and compassion ever since. Her new novel, Swing Time

, is the story of a childhood friendship, two young women who dream of becoming dancers, and the chasm of time, talent and the world that separates them, but also leaves them forever connected. The way that Smith writes other voices, and the gorgeous, imperfect world of her novels makes this the perfect book to escape into as we head into the holiday season. 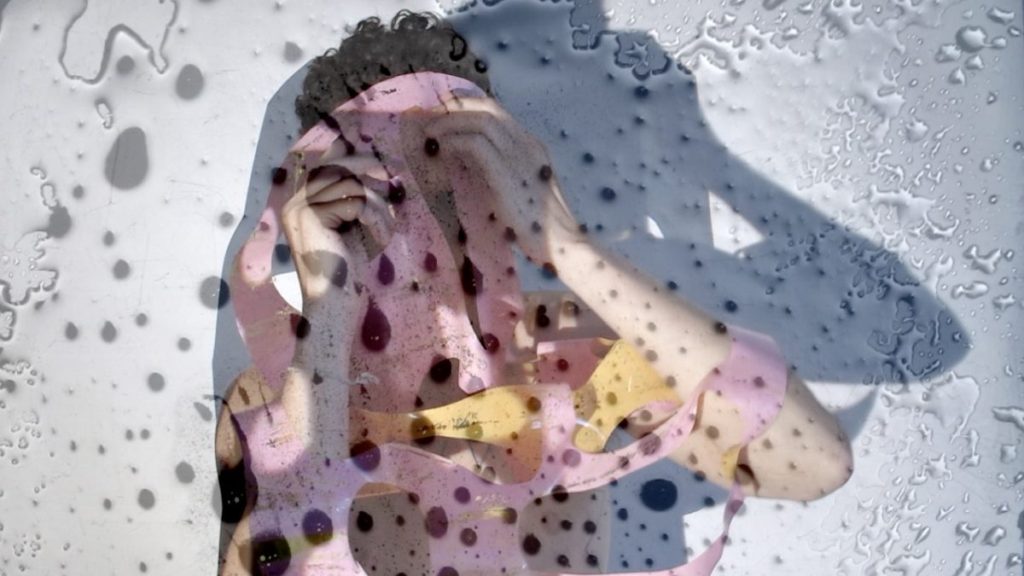 4. Read My Lips, the new multi-disciplinary show at the Knockdown Center in Bushwick can certainly be seen as being in conversation with the Marilyn Minter show at Brooklyn Museum. Kerry Downey’s video work is layered with Loren Britton’s sculptures and paintings, both exploring ideas of the body, the formation of the self, and the multi-faceted, non-binary world we inhabit. Go, get yourself off the internet and into a gallery–you’ll be glad you did. There’s an opening reception on Saturday, Nov. 5 from 7-9pm followed by a dance party at the Knockdown’s bar. See, conceptual art IS fun!

3. Let’s take a step away from abstraction for a moment, shall we? DocNYC is the largest documentary film festival and it’s taking over New York’s arthouse theaters from Nov. 10-17. There are more than 200 events on the schedule including 13th, which connects the end of slavery (the 13th Amendment, to which the title refers) to the beginning of the mass incarceration of African Americans. Other documentary subjects include Amanda Knox, the making of the Anarchist Cookbook, and a film called Beware the Slenderman, which looks like an fascinating investigation of the two Wisconsin school girls who tried to murder their friend at the supposed behest of urban legend, The Slenderman.

2. If there are five or more women between the ages of 13 and 50 on any of your social media feeds then certainly, you’ve heard that Gilmore Girls: A Year In The Life is coming to Netflix the day after Thanksgiving. In preparation you can launch into the original, much beloved series in its entirety, read this obsessive Buzzfeed list of all 339 Books Referenced on Gilmore Girls, or even make the coffee cake that Luke baked Rory for her sixteenth birthday. Yes, the GG rabbithole goes that deep, so if you don’t like it or don’t get, just quietly read a book in the other room in the interest of national unity.

1. “If ultimately the museum was a place I wanted to go, I didn’t have to abandon the black figure in order to get here,” says Kerry James Marshall in the video preview of his show, Mastry, at MET Bruer. Mastry is not just a retrospective of Marshall’s career, it’s an examination of the concept referred to in the title–on the art history idea of “Old Masters” and the conspicuous lack of black artists among their ranks, the complicated meaning of the very word “master” in the context of African-American identity, of the freedom granted by the title, and the responsibility of the artist to represent the world around us. Mastry runs from Oct. 25 through Jan. 29 at the MET Bruer, which was the Whitney before it moved downtown, and it’s suggested donation.