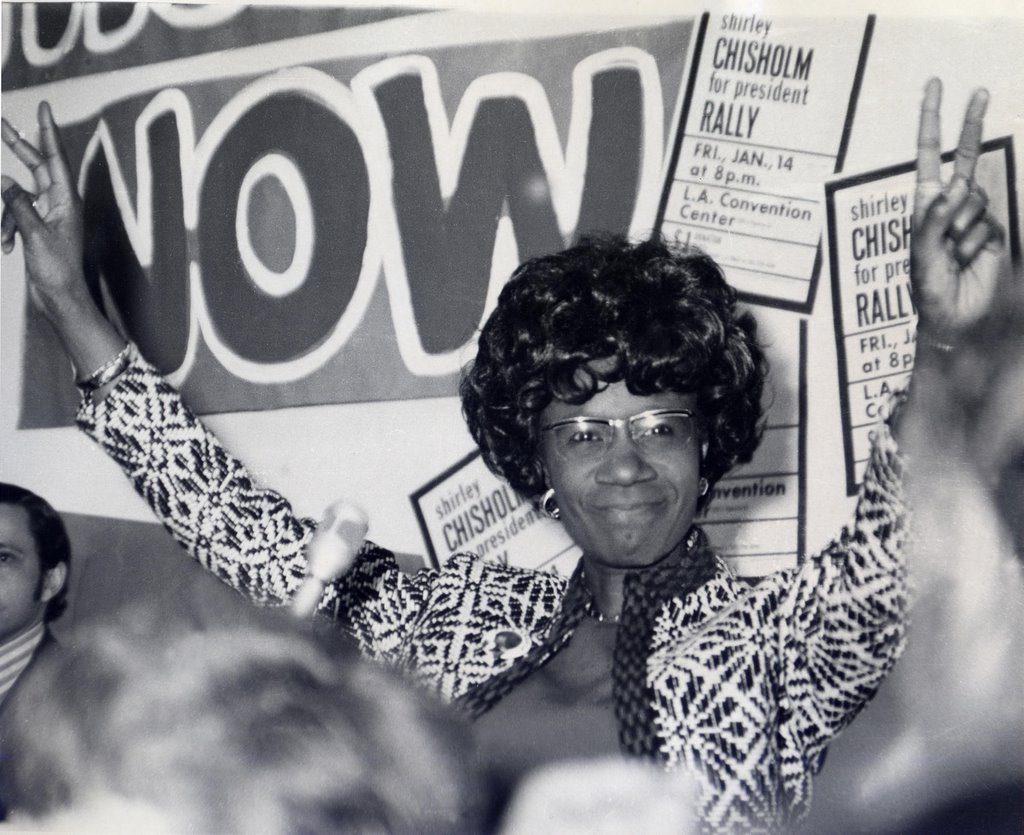 Hillary Clinton may be the latest woman from New York to seek an office in the White House, but she is not the first. Shirley Chisholm and Geraldine Ferraro, both New Yorkers, made their own cracks in the political glass ceiling. As we head to the polls today, fingers crossed and nails bitten, some wearing white in suffragette solidarity, let’s take a moment to look back at the powerful women who came before Clinton.

Chisholm and Ferraro were as different as two Democrats from New York City could be. “As fierce of a progressive and critic of the system as Shirley Chisholm was, Geraldine Ferraro was a total apparatchik. She made her way up by being a machine pol,” Amy Schiller, a political commentator and CUNY doctoral student teaching a class on women in American politics at Brooklyn College this semester, told me in a phone call.

In 1968 Chisholm became the first black woman elected to Congress. She was a progressive Brooklynite who championed expansion of social services, education, and immigrant rights and used that momentum to make a presidential run in 1972. She focused on housing as the key to confronting economic inequality and championed bills to expand childcare for families, for immigrant rights, quality education, free school lunches, and consumer protection. She was, as her brilliantly direct campaign put it, “Unbought and Unbossed.” (Her memoir and a documentary about her run for president both use the slogan as a title–consider watching the latter if the returns get to be too much tonight.)

As Smithsonian Magazine pointed out in an article from last spring, “She was one of only 19 Representatives willing to hold hearings on the Vietnam War. And she was a founding member of both the Congressional Black Caucus and the Congressional Women’s Caucus.” She sounds like everything serious progressives want in a candidate. So why don’t we remember her?

“She believed her candidacy would be felt in later election cycle,” Schiller said. “A woman, a person of color has to run for president, and [Chisholm said] ‘I’m going to be that person.’”

“The narrative of the 1970s is so caught up in McGovern, Nixon, the backlash that happened in the 1970s…the crumbling of trust in the presidency as an elite white male institution,” said Schiller. “You’d think that would have left an opening for what Chisholm was was doing.”

Schiller believes that the reason Chisholm’s legacy has been muted is that the candidate herself did not expect to win so much as move the needle for women and people of color in the political sphere. In short, she was playing the long game. “She believed her candidacy would be felt in later election cycle,” Schiller said. “A woman, a person of color has to run for president, and [Chisholm said] ‘I’m going to be that person.’ Memories of elections are tried to the horse race narrative…Shirley was always trying to plant seeds that would only bear fruit in the future.”

Her candidacy also split both women and minority coalitions. “Black political coalitions were very fractured at that time,” Schiller points out. “She went without a critical mass of coalitions even along the the lines of identity politics…Black politicians were trying to figure out how they were going to become a part of the establishment.”

According to former Chisholm staffer, Robert Gottlieb, quoted in the Smithsonian article, “Feminists were split over her candidacy…Gloria Steinem, who you would expect to have supported her, supported McGovern instead. That was significant and it hurt on a personal level quite a bit.”

Chisholm came to the 1972 Democratic convention with just 152 delegate votes and lost to McGovern, who in turn lost to Nixon in the worst defeat in presidential history. Still, she remained in Congress until 1981, and rose to become Secretary of the House Democratic Caucus, followed by Geraldine Ferraro. She died in 2005 in Florida, somewhat estranged from the Brooklyn she so fiercely represented. 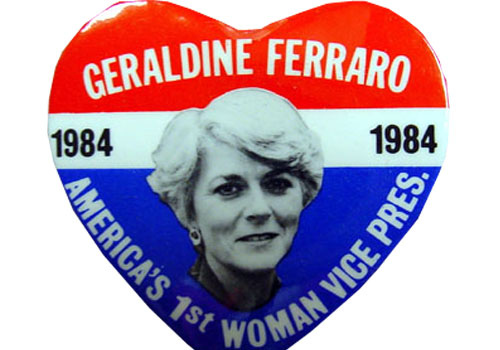 “If we can do this, we can do anything,” an ecstatic Ferraro told the audience at 1984’s Democratic Convention. The congresswoman from Queens was the first female vice presidential candidate, a former prosecutor and New York Democratic party insider who gained power through her loyalty to machine bosses.

Ferraro supported the Equal Rights Amendment for women, was personally against abortion but still pro-choice, and was against nuclear weapons, but her positions, and in particular her campaigning, often took a more conservative turn. She was eager to prove herself as a law order candidate–her slogan for her first congressional race was: “Finally, a tough Democrat,” playing with the idea that both Democrats and the left were soft on crime.

As her New York Times obituary noted, Ferraro represented “a new breed of feminist politician—comfortable with the boys, particularly powerful Democrats like the House speaker, Thomas P. O’Neill Jr., and less combative than predecessors like Representative Bella Abzug of New York.” Walter Mondale chose her as his running mate, partly because, as Alison Mitchell, who covered Ferraro at the time pointed out in The New York Times, prominent feminists had written “a manifesto to the Democratic candidates for president in 1983 warning them to agree on an agenda for issues affecting women or face the possibility of women staying home on Election Day.”

She was a safe response, Mitchell remembers, “pretty, married, 48 years old and traditional enough that party leaders thought she could excite women but might not alienate male voters.” Still, as Mitchell writes, Ferraro was up against fierce odds: “The Democrats had no female senators. (The Republicans had two.) There was only one female governor—Martha Layne Collins of Kentucky, a Democrat. Dianne Feinstein was still the mayor of San Francisco, yet to start her long Senate career.”

At the same time, Ferraro was plagued by financial scandals. She waited to release her husband John Zaccaro’s tax returns, and when faced with questions as to why not she made the unfortunate quip: “If you’re married to an Italian man, you know what it’s like.” When she finally did, there were concerns about everything from being fined by the Federal Election Commission after failing to disclose Zaccaro’s $134,000 campaign contribution (the limit was $4,000), his possible connections to organized crime, and perhaps most damningly, that the candidate who played up her working class roots had multiple homes and a maid.

Still, as Schiller reminds us, it wasn’t all about money. She and Mondale were running against an astronomically popular incumbent, Ronald Reagan. “She had the misfortune of being of being attached to an ill-fated race…[the loss] is not entirely her fault, but it’s unfortunate that that was the candidate and that was the ticket.” After a failed run for senate in the early 1990s, she was ambassador to the U.N. Human Rights Commission and a host of Crossfire in addition to business consulting and writing books and articles.

Chisholm and Ferraro’s differences shows there’s no one way to be a Democratic female politician running for the nation’s highest offices. That should be liberating, though in the 1970s and 1980s, neither the firebrand progressive nor the pragmatic party loyalist won their respective elections. It felt like women couldn’t win either way. Today, let’s hope that women win in every way.