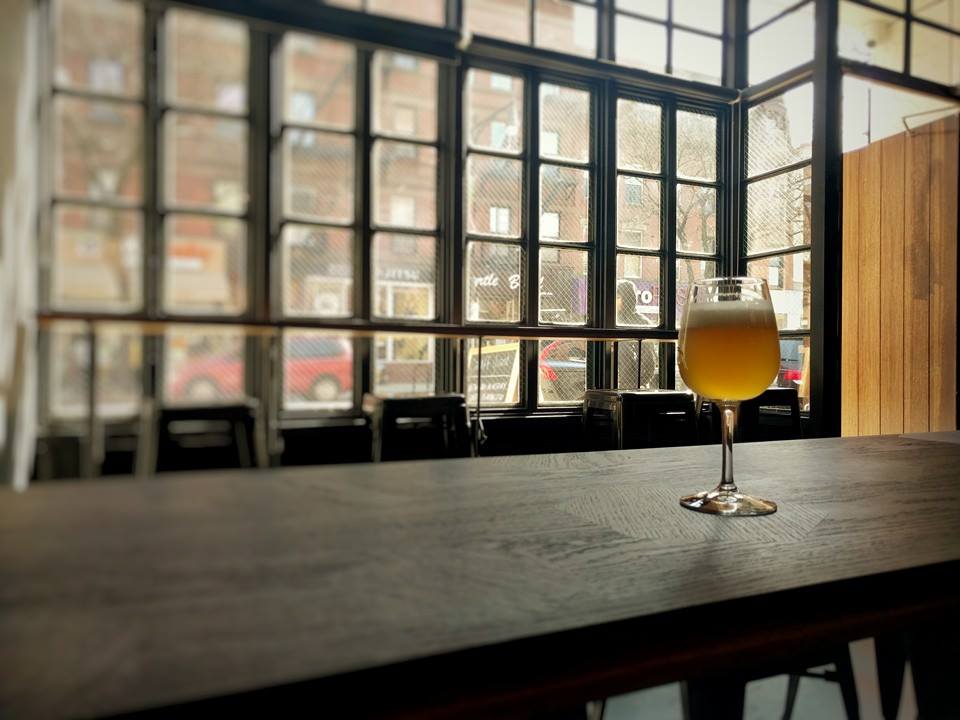 There’s a fernet that is distilled in Brooklyn, and you can drink it at Cardiff Giant in Clinton Hill. The bitter, minty, Italian-style digestif, just two months old, launched at this unassuming bar on Myrtle Avenue in a partnership with Industry City Distillery in Sunset Park.

This close relationship between a small business and a craft producer exemplifies the mission at Cardiff Giant. The bar opened last year with an intensely local premise: all the alcohol they stock–from beer to cider to wine to liquor–is made in New York state. And since the majority of craft producers only make small batches, the bar’s inventory is constantly changing giving products like Arcane Fernet a distinct home.

Owner Steven Baird, who is also a managing partner at Owl Farm in Park Slope, said that he saw the growth of New York-produced alcohol and beer as a big opportunity, an expansion that has made Cardiff Giant a viable business.

“This would not have been possible five years ago,” said Baird. 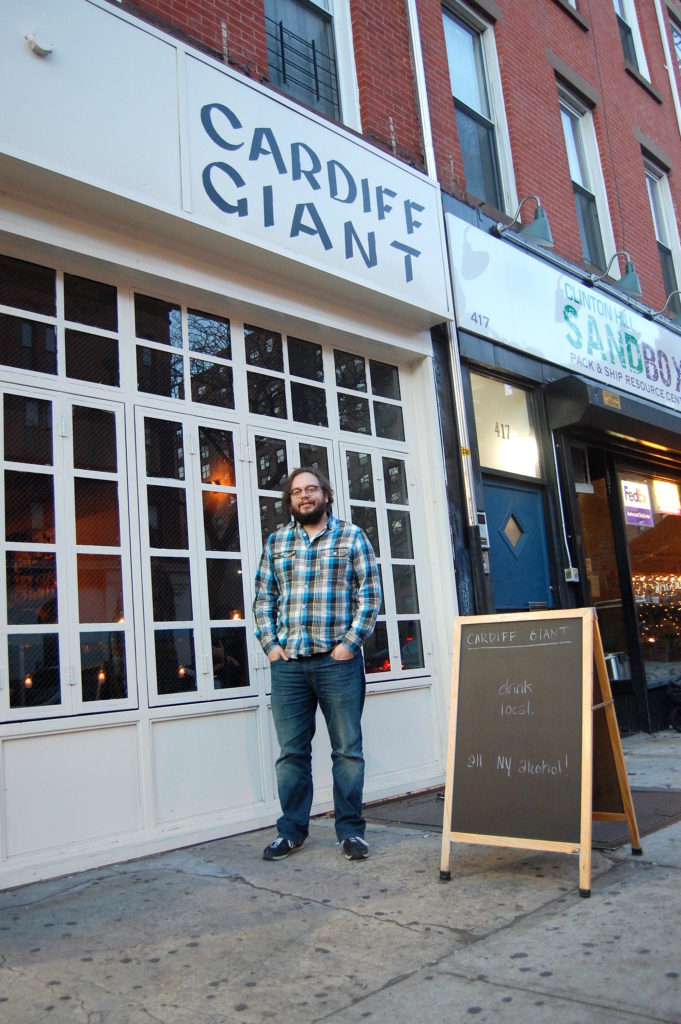 Since 2011, regulations for how to open and operate craft breweries, cideries and distilleries have relaxed due to an aggressive push from Albany to support the growing craft alcohol business. The passage of the Craft New York Act in 2014 eased licensing restrictions and included a marketing push from the state. This has resulted in an explosion of New York-produced spirits, beers and ciders.

Many of the producers are very small scale–and that’s just what appeals to Baird. The bar does not rely on major distributors to deliver product; instead often the distillers and winemakers themselves hand deliver kegs of beer and cases of wine and spirits.

“I kept wanting to buy more from local people. I wanted to support them,” he said. “I want to spend money with people I know.”

The inventory at Cardiff Giant, which includes everything from the longstanding and popular Genesee Cream Ale (a “crushable” beer from Rochester, as Baird put it) to Southern Tier Cold Press Pumking (ale made with pumpkin and coffee), is in constant rotation. This helps Baird achieve his other goal–to make booze educational.

“We get to introduce a lot of people to a lot of stuff,” he said. “I enjoy giving customers something new. And to help them enjoy it for more than just alcohol. It’s something somebody put a lot of effort into.” 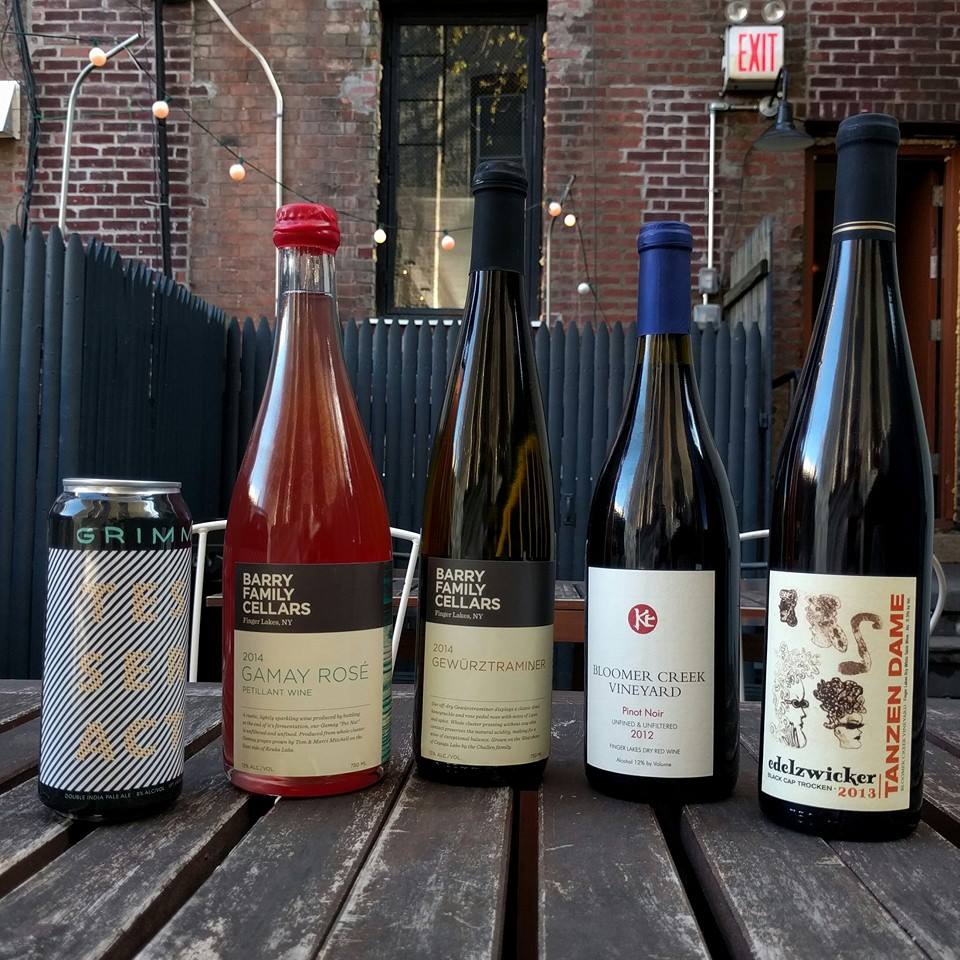 But the bar is hyper aware of the limitations of offering “unique” spirits and products and takes pains to create accessible new twists on classic cocktails to ensure there is something for everyone.

“If someone walks in off the street and wants a Jameson, well obviously we don’t have that, but we want to have something to offer,” Baird said, suggesting the McKenzie Pot Still, an Irish-style all barley whiskey from the Finger Lakes region as an alternative.

“I wouldn’t have done this if I wouldn’t be able to be an actual bar,” he added.

In addition to cocktails, which are the best sellers, there are draft beers and ciders, bottles and cans, wines and a wide-selection of vermouth made for sipping, not mixing.