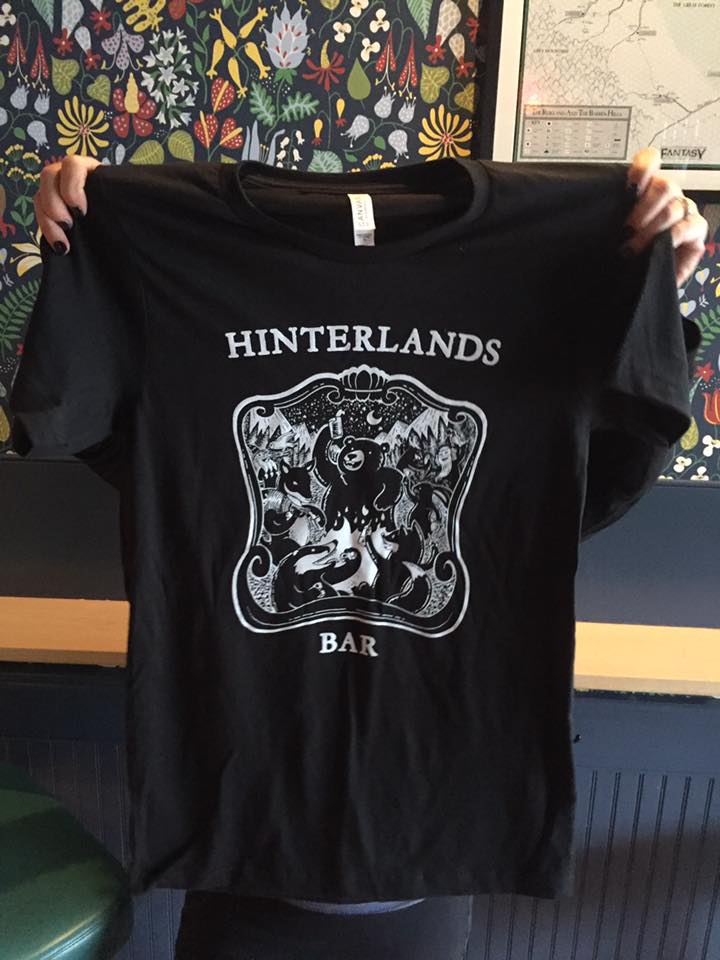 Unless you live on the south side of Prospect Park there’s a good chance you’ve never explored Kensington, Windsor Terrace or Ditmas Park. These perfectly lovely residential neighborhoods are not quite a destination for Brooklynites who fear long haul subway rides with transfers. There’s also not a heck of a lot going on nightlife-wise in this neck of the woods, a big reason why Hinterlands, which opened this summer on Church Avenue, was greeted with cheers and wide open arms by locals salivating for a watering hole to call their own.

The name indicates self-awareness of Hinterlands’ geographical niche, and the owners, Matt Kuhn, Sharlene Wellington, and Stuart Wellington, co-host of The Flop House comedy podcast, and staff are as happy to see you as the neighborhood was to see them.

Self-described as a dive bar, Hinterlands would be easy to overlook in, say, the East Village or Williamsburg with its modestly kitschy decor, surplus of cheap beer, and a decidedly non-exotic rotating cocktail list that stretches the boundaries of what could be considered “seasonal” (there were *two* ginger beer drinks on the rocks in early December, which felt more boat drink-y than holiday festive). The lights and music are kept low, the better for having an actual conversation with your date or chatting up your barstool neighbor. There’s wifi and outlets at the L-shaped bar and the narrow counter seating on the opposite walls, bar-speak for “laptops are welcome, within reason.” A small table-and-chair seating area in the next room leads to a garden, which stays open in the colder months for those seeking fresh air or nicotine.

That combination–wifi, mellow volume, backyard, should be enough convincing for a certain drinkers to make this their new favorite place. For the rest of us there’s also the mostly well executed cocktail list, cheap beers and friendly patrons. Plus sandwiches. 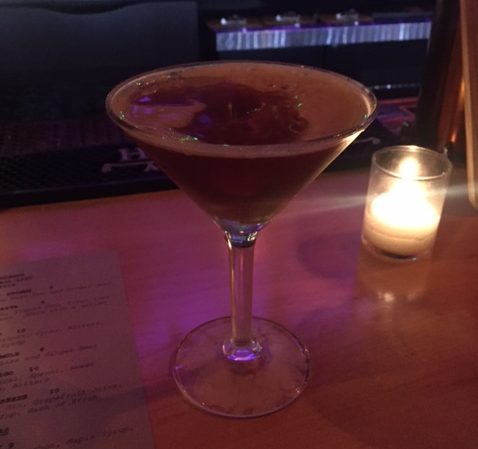 The Toronto, on the fall cocktail list, is a twist on a Manhattan. Photo: Ellen Killoran

For the moment, but probably not for long, Hinterlands is still on its fall cocktail menu, a fair and balanced selection of stiff mixed drinks for $10 or less. There’s both a Moscow Mule ($8) and a Dark and Stormy ($8), as well as the Toronto ($10)–a straight-up spin on the rye Manhattan that’s just a little too heavy on the Cynar. The Shargarita ($9), is a signature drink and it’s made with Espolon, a pure agave tequila. It’s tiny, but there’s no law that says all margaritas should come in goblets big enough to double as guacamole serving bowls.

Make no mistake: the folks at Hinterlands do not want to you to feel ripped off. They want you to come back. And you should. But first you should make friends with a local–easy to do here–so you don’t have to drag anyone from Williamsburg and listen to them whine about an overpour of Cynar, an Italian bitter liqueur known for its artichoke base but which is actually made from 13 herbs and plants and does not taste like artichokes at all. 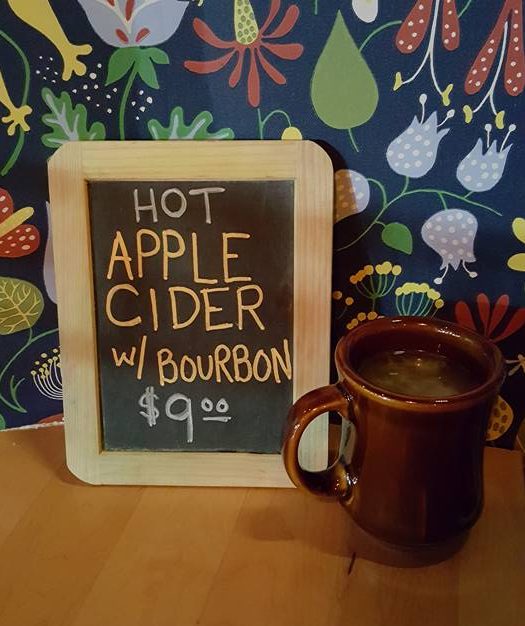 Head to Hinterlands for the cheap beers and good sandwiches, stay for the mellow vibes. Photo: Hinterlands

Hinterlands’ guzzle-friendly beer list offers a dozen $6 draft beers, from Braven White IPA to Brooklyn Lager to Downeast Cider, and cans from as low as $3 (Miller High Life!) along with curated beer and shot specials. Don’t stumble into oncoming traffic without a sandwich (made offsite and brought in daily, all for $11): Pork if you must, but the real winners are the veggie (roasted zuchini, fresh mozzarella, red peppers and balsamic) and the (very) spicy fish on a roll–the heat of the mayo plays nicely alongside pickled onions. It’s enticing enough that someone at the other end of the bar might loudly proclaim his intentions to snatch it out of your hands. Don’t worry, he’s just being friendly.

Leave a Reply to Windsor