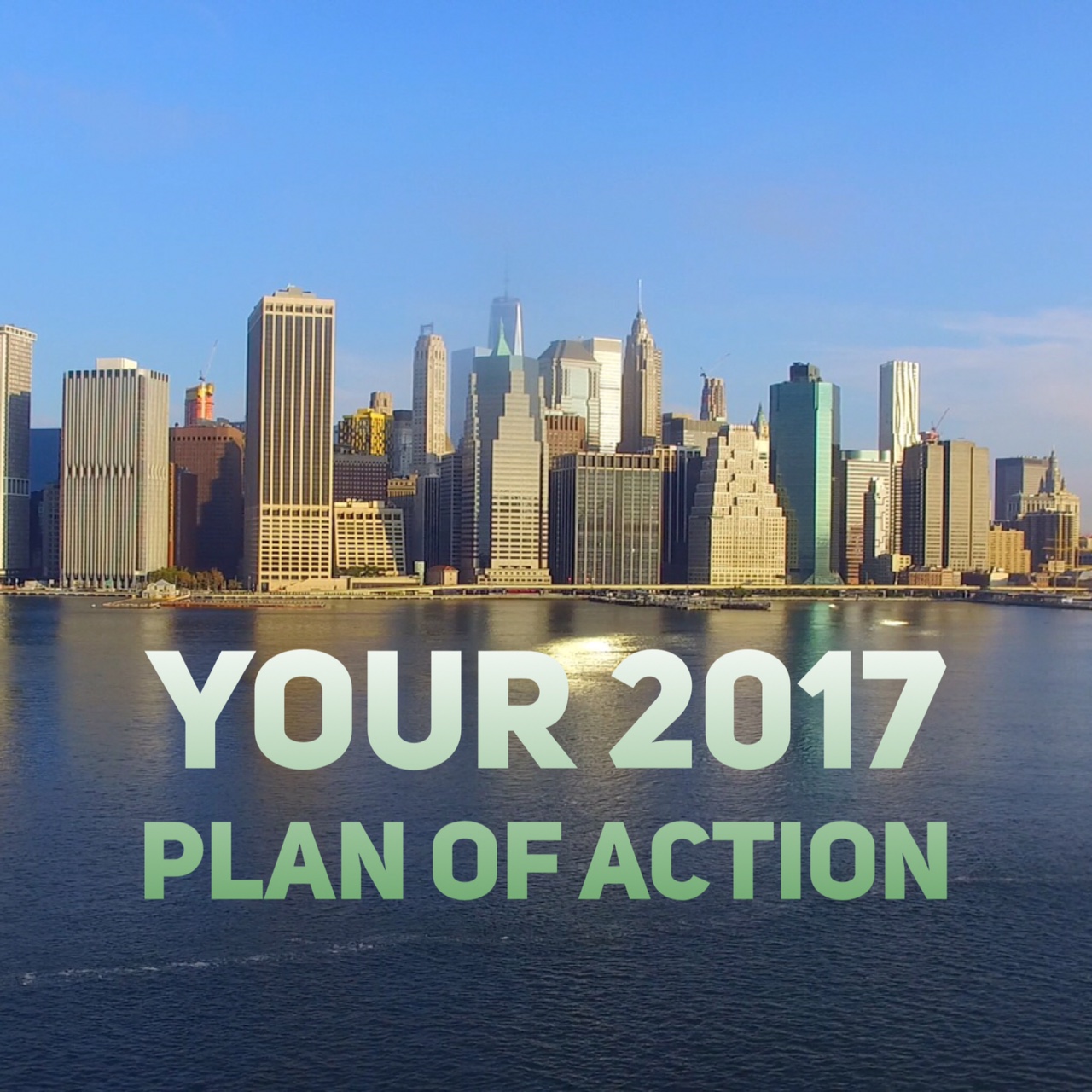 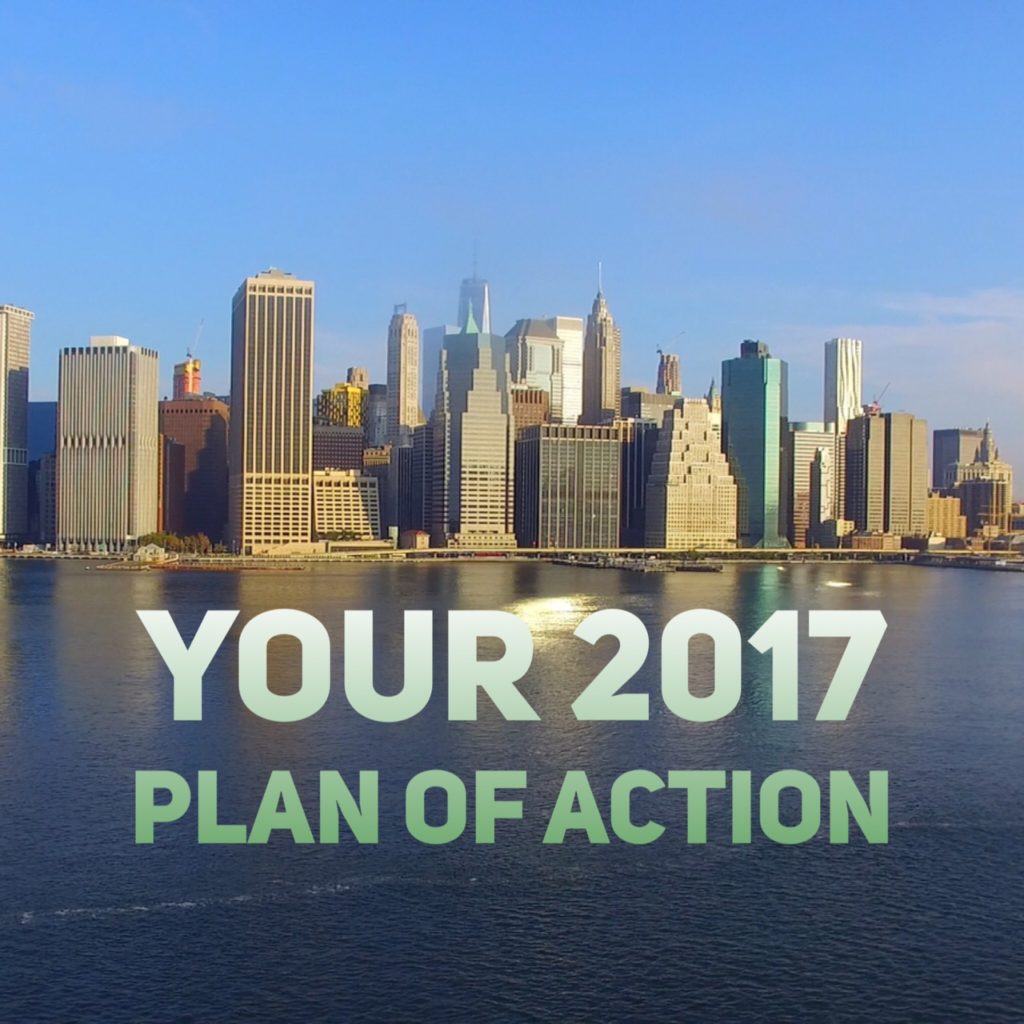 Here are two different tools to help you organize your hopes, dreams and goals for the year ahead in an action plan for 2017. One will sort out a general approach to being more engaged with your community, whether that means volunteering at a local school or donating more of your income to charity or getting involved with a non-profit organization. The other is an overtly political plan of engagement and resistance.

In the wake of the 2016 election my social media feeds were choked with calls to action, petitions to sign, phone calls to make. All of these were well intentioned, but they were also disorganized and overwhelming, which is part of the reason we started Action Trumps Hate, our political email (it’s a separate subscription from Brooklyn Based–sign up here if you’re interested). We wanted to figure out which actions would be most effective and present them to readers in a manageable, weekly dose, which will resume this week after a holiday break.

In Portland, Ore. a group of friends and colleagues had a similar reaction. Many of them work at a design consultancy business called Xplane, and so they approached the problem from a product designer’s point of view.

The result is an exercise that takes a couple of hours and is best done in a group of five or more–a perfect weekend afternoon or evening excuse to order takeout, #notwatch Celebrity Apprentice and make yourself a plan. Stop Freaking Out has an obvious political viewpoint, but this exercise would be fruitful for anyone who wants to make a change of any kind in their community, or to anyone who feels the drive to engage more, but isn’t sure how, why or what they really want to do. It’s very clarifying and it doesn’t require you to work directly with party politics, which is not for everyone.

Stop Freaking out leads you through a serious of timed activities during which you’re asked to brainstorm your own vision for the future, and then follow with possible courses of action. Doing this in a group will help distill your own personal ideas and map out a plan for yourself, with input. Alternatively, you could also gather a group and do this with the specific goal of creating an organization. If you are feeling scattered and freaked out, Stop Freaking out is here to help.

Indivisible: A Practical Guide for Resisting the Trump Agenda

You may have read about Indivisible,  a guide to making your representatives in Congress listen to your concerns that was crafted by a group of former congressional staffers. Ezra Levin, Leah Greenberg and Angel Padilla, three of the main authors of the document, have an op-ed in The New York Times today and it’s a reason for hope. They argue that when Obama took office in 2006 he was working with a super majority in Congress and broad popular appeal. Trump lost the popular vote by about 3 million votes, whereas Obama won by about 10 million, and the Republicans hold a much slimmer congressional majority now than the Democrats did eight years ago. Despite Obama’s energy and popularity, the Tea Party managed to stymie a great deal of legislation through grassroots activism.

The Indivisible founders were on the front lines during the Obama administration and they took notes. They’ve created an action plan designed to use Tea Party tactics, but based on the principles of fairness and respect. Levin, Greenberg and Padilla refer to their plan as, “playing defense, not to obstruct, but to protect.” This is very similar to the idea that John Oliver presented in the clip above about about the NRA–you don’t need that many people to create a movement; you just have to go about it loudly, which is not to say rudely, and with singleminded determination.

Indivisible is written for progressives who live in places with Republican representatives as well as voters with Democrats at the helm, like New Yorkers who have the ear of Senate minority leader, Chuck Schumer. The authors stress that it’s just as important to remind Democrats that you support their resolve to resist the Trump agenda–and to reject regressive compromise–as it is to oppose action on the other side. If you want to take a political stance in a powerful way that is also smart and hopeful, read Indivisible.

Yes, 2017 is going to be a challenging year, but it also presents to us an opportunity to find greater purpose and to engage with our communities more deeply. Onward!