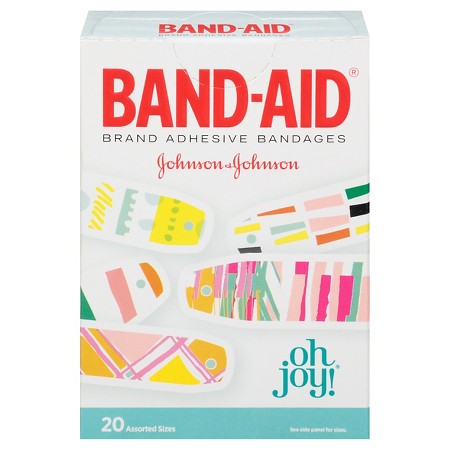 Update: It’s come to my attention that the 2017 National Single Payer Strategy Conference is happening in NYC  Jan. 13-15. Registration is $85 and since the Republicans have no plan to replace the Affordable Care Act with anything, maybe going to this and getting behind single payer healthcare (remember, Obamacare is the MORE CONSERVATIVE alternative to single payer, otherwise known as nationalized health insurance) is the change you want to dig into this year.

Also, U.S. Senator Bernie Sanders, remember him?, is organizing a series of rallies all over the country to support the ACA on Sunday, Jan. 15.

And, Senate Majority Leader Mitch McConnell is asking for your ACA stories on his site.

This week I wrote a story for Brooklyn Based about two excellent tools for organizing your thoughts about political action for the year to come. Stop Freaking Out is a set of tools that will help you figure out a more specific course of action that is tailored to your interests and abilities. Take a look, gather a group, order some pizza and prepare to be that change. Indivisible is a document that outlines the best ways for progressives to make their voices heard in congress, both in terms of working with Democrats, and how to stand against the Republican representatives who are poised to dismantle so many things.

If you had any doubt at all what this Congress was going to be like, perhaps holding out hope that we all, progressives, conservatives, Bernie lovers, Hillary voters and secret Ben Carson fans alike could align in solidarity against racism, cronyism and ugliness, well think again. House Republicans voted, in a secret session, to gut the Office of Congressional Ethics on Monday. That plan has been halted, for now, but their intentions and attitude is clear: they don’t believe that they work for us.

Two things about that. Well three.

First, Trump is totally gaslighting the Republicans. It’s like he’s the cool new kid with a bad attitude and a leather jacket with lots of patches on it and Goodlatte and the gang were all like, “Hey man, wanna smoke in the parking lot after school with us?” and Trump was all, “Losers. Smoking makes you ugly, didn’t you know?” as he ground out a butt on a teacher’s desk.

Second, citizen voices really are important. I can’t stress this enough. Yesterday several government accountability organizations, including the Project on Government Oversight, reported that House offices were absolutely FLOODED with calls from citizens saying, “No way, you work for us and let us tell you, ethics and accountability matter and NO we don’t trust you to do it on your own.”

Remember this moment. So many of our efforts over the past months have been unsuccessful (see, electing Foster Campbell; pricking the conscience of the Electoral College). But we are now in the habit of calling of representatives, of using our voices and something positive happened. Or, more accurately, and this is the next four years, something negative was prevented, for now.

Third, the reason this works is because representatives do work for us. If you read Indivisible, you’ll discover that members of Congress are obsessed with re-election. The ENTIRE House is up for re-election, along with a third of the Senate in 2018, along with lots of powerful governors. There is so much work to be done–we have the potential to eliminate the Republican majority (in fact this is historically likely to happen) and get a little breathing room then, but for the next two years, we must engage. To that end, let’s keep the Affordable Care Act up and running, shall we?

Time commitment: You’ll want to make a few calls at minimum, you may even want to sign up for health insurance and this will take awhile.

What: Call your representatives and tell them that you support the Affordable Care Act. Call BOTH your state and U.S. representatives. Tell them a personal story about why. Maybe you got coverage, maybe a family member got coverage, maybe removing the lifetime limit on mental health care makes it possible for someone you love with a chronic illness like schizophrenia or bipolar disorder to get inpatient support they need. Maybe someone you care about with a pre-existing condition (which includes a lot of cancers) is now able to get insurance they can afford. None of these apply to you? Read this article in The New York Times about how things like the ACA take time to start working as they were intended, how they have a learning curve and that we’re just now approaching a place where we can assess how the system is functioning and start making real improvements and also seeing the good that it’s doing.

Also consider signing up if you don’t have insurance. I know, the system is totally daunting and it seems way too expensive. Do yourself a favor and make an appointment with a navigator, and do this today because enrollment ends Jan. 31. If you’re a freelancer or otherwise self-employed, this goes double. I went through the enrollment online and decided that it would be impossibly expensive and then, of course, my mom convinced me to make an appointment with a navigator and it turned out that my family was eligible for a variety of tax credits that brought the price tag back down into the realm of being reasonable. Thanks, Mom. The more people who are beneficiaries of the ACA, the harder it is to take away.

Know: I’m not saying that the ACA is perfect. I’m saying that it would be ridiculous to expect it to be perfect at this point, that is the way of large systems and sweeping change. But for so, so many people it’s way better than nothing. It’s so much better that when Vox spoke with Trump voters who are ACA beneficiaries many of them said that the program is so useful that they couldn’t believe the government would actually take it away. Guess they never met a House Republican.

The ACA is most helpful to the working poor and lower middle class who don’t have access to employer-based health insurance, but make too much to qualify for Medicaid. What no one seems to want to talk about is that it’s also a life saver for the self-employed, and I say that from experience. We’re supposedly an exciting new class of people, participating in the sharing economy, working for ourselves and creating jobs, but the down side is that we don’t have access to things like employer sponsored health care and 401Ks, despite the fact that we actually pay MORE into the system in the form of self employment tax. Please help us keep this safety net for all Americans. Please remind congress that we are their bosses, not Donald J. Trump.