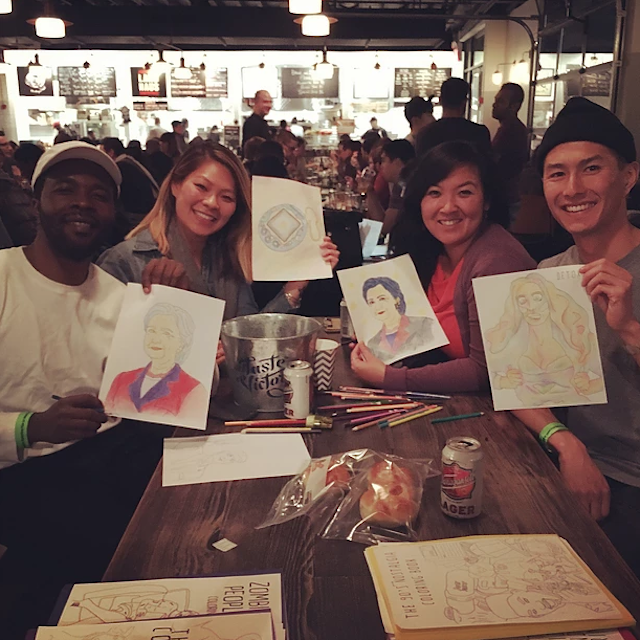 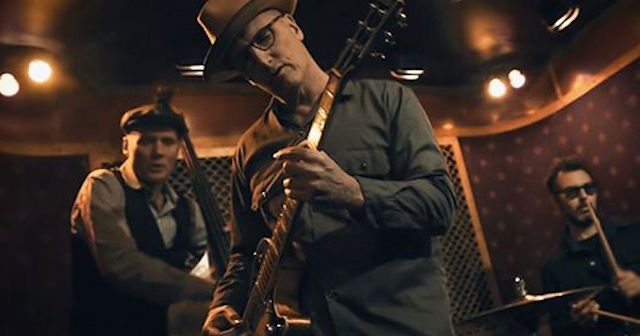 Well, we made it to 2017! Happy New Year everybody! I don’t know about you all, but I’m utterly spent. The holiday season this year was an absolute gauntlet, what with the usual stressors of present shopping and parties and trying to finish out the year strong at work plus everyone I know getting nailed with either a stomach bug or a cold or both and the increasing pressure to remain casual in the face of mounting political uncertainty. Somehow every holiday-related gathering I attended seemed to end up in discussion about Trump and how the Democrats managed to screw things up, and they somehow always turned heated and awkward, which is bizarre given the fact that every single person involved had voted the same way. It seems that those of us who care about government ethics, equal opportunity, the environment, human rights, and basic fairness and civility are engaged in a bit of a collective freakout as January 20 draws closer, and it’s hard to keep it together, or even to find much else to talk about. At the same time, there’s a pervasive feeling that we need to buck up and charge ahead, without getting too mired in the past that we can’t change or hysterically speculating about what’s to come. It feels like a test, and to be honest it’s downright exhausting.

So, my New Year’s resolution, to the extent I do those things at all, is to truly get on with it. There’s stuff I have control over and stuff that I don’t, and obsessing over the latter won’t help me or anyone else in 2017. But at the same time I am going to expand my own perception of what I do have the power to influence. To be kinder and more understanding and more aware of what goes on outside my sphere is not very hard to do (it’s a hell of a lot easier than making it to the gym five times a week, for example) and, if we all did it, the payoff would be tremendous. It is certainly a better way for me to spend my time and energy than, say, reading and becoming incensed by a certain someone’s tweets or arguing about Hillary’s emails (still? When will it end?).

Time to shift the focus, but that doesn’t mean blunting the resolve to try to be an agent of change, and that’s where I find art particularly inspiring. Lots of musicians, writers, comedians, painters, sculptors, dancers, and other creative types are out there already, getting on with it, making noise and shifting perspectives. They are doing it every day, right here in New York City, and we are all so lucky to have virtually unfettered access to this mercurial, roiling, dynamic elixir of new thought and creativity and beauty that is conjured up all around us all the time. Get out there and see some of it this week. Here are some ideas that struck us as particularly fun and motivating ways to get yourself back in the swing of it during this first Ideal Week of the new year.

The instrumental trio known as Big Lazy consists of an electric guitar, an acoustic bass and drums. That spare line-up is able to conjure up gritty, emotional spaces and moods with music that has been described by The New Yorker as “stunningly beautiful” and by Time Out as “virtuosic.” Composer Stephen Ulrich, who scored Bored to Death, has led the band in various incarnations for the past two decades, and a group of esteemed alumni like Charlie Giordano of The E Street Band and Peter Hess of The Philip Glass Ensemble will be reuniting at Union Pool on Thursday night for a celebration of the 20th anniversary of Amnesia, the group’s debut album. The show starts at 8pm and tickets are $10 each; Brooklyn-based ensemble Barbez and Primitive Sound System will be on hand as well.

Friday night marks the return of a great Brooklyn tradition: 50 First Jokes at The Bell House. Now in its eleventh year, this fun, fast-paced show invites an enormous lineup of local comedians to get on stage and present the first joke they’ve written since New Year’s Eve. This year’s slate includes Jo Firestone, Seaton Smith, Matt Koff, and scores of other comics and comedy writers, so you are basically guaranteed to kick 2017 off laughing ’til you’re hoarse. Door open at 7pm, the show starts at 8pm, and tickets are $15.

One way to beat the freezing forecast on Saturday night is to round up some friend and park it in one (indoor) place for the duration, and if that’s what you are looking to do, Brooklyn Bazaar has you covered with its MealPass deal. For $27 per person, you get a down home, Southern-inspired dinner from Brooklyn Star, two drinks (beer or wine only), a round of mini-golf or table tennis, and a $5 discount on any private karaoke room. On the other hand, you can keep warm by boogieing down at the third anniversary of Soul Night at Crown Heights’ Friends and Lovers. Twist the night away to the very best in Northern soul, 60’s girl groups, and Motown deep cuts, all spun on 45 by some of the area’s top DJs, with a special live performance by The Whips. The show starts at 9pm and there is a $5 cover. This Saturday is also the inaugural Target First Saturday party of 2017 at the Brooklyn Museum, and this year’s programming is focused on female-identified and gender-nonconforming artists, so it’s a great way to get pumped up for the Women’s March on Washington on Jan. 21. The festivities start at 5pm and include live music from Tank and the Bangas and Cakes Da Killa, a mask-making workshop, and a screening of Suited, a film about a tailoring company in Brooklyn that caters to gender-nonconforming and trans clients. 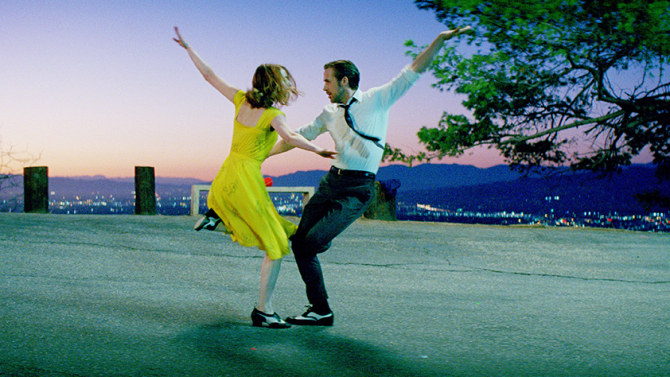 Sunday is David Bowie’s birthday, and this coming Tuesday is the first anniversary of his untimely death, which was the first signal for many that 2016 might not shape up to be a banner year. For those looking to observe what would have been the Thin White Duke’s 70th with a celebration of his indelible work and influence, LES nightlife institution The Delancey is hosting a tribute in live music and video starting at 6pm. Michael T and the Vanities will be performing cover sets from the artist’s Berlin, 80’s and Glam eras, as well as the entire Low album in honor of its 40th anniversary. There will also be a screening of the Cracked Actor documentary and the “Ziggy Stardust and the Spiders from Mars” concert. Tickets are $12 on the day of the show, but you can get one for as little at $7.50 if you buy in advance.

The Golden Globes are on this Sunday too, and if you’re the type who likes to see everything first, here’s a friendly reminder that three of the most heavily-nominated flicks, Manchester by the Sea, La La Land, and Moonlight, are all currently screening at Nitehawk Cinema. In addition, the theater’s downstairs bar, Lo-Res, will be playing the awards ceremony in its entirety on the night of, in case you’re looking to get your fill of vaguely uncomfortable speeches by drunk Hollywood types. 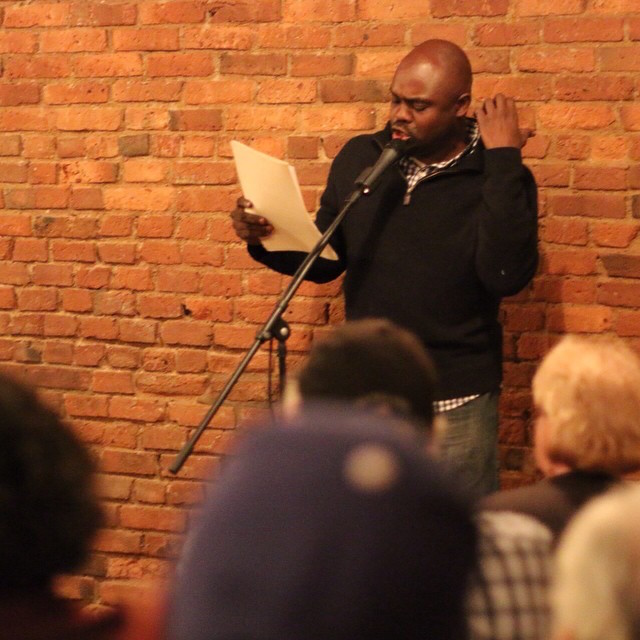 I saw Patti Smith perform at Bowery Ballroom last week, and was struck by her aggressive call to the audience in the middle of her set to “DO SOMETHING, WRITE SOMETHING” in order to stop the next four years from being the nightmare that many of us fear it will be. A good place to get started on that laudable goal is at 61 Local on Monday night, where the monthly Brooklyn Poets Yawp, which has been called “one of the most innovative literary events in the city,” kicks off a new year. There is a poetry workshop beginning at 7pm if you need some inspiration to get started on your own poem, and the open mic starts at 8pm. You get three minutes on the mic and a chance to have your poem declared Poem of the Month by audience vote. If you win, you get free admission to a future Yawp and one of twelve spots in the Poem of the Year Smackdown at the final Yawp of 2017. Admission is $5. Go make Patti proud.

Fort Greene’s Greenlight Books is hosting an intriguing panel on Tuesday night on a new essay collection about the intersection of race, gender politics, pop culture and current events from the women behind the popular Crunk Feminist Collective blog. Join editors Robin M. Boylorn, Brittney C. Coope, and Susana M. Morris in a conversation with Jamilah Lemieux about their new book, The Crunk Feminist Collection, and why they believe their work is now more important than ever. The event starts at 7:30 and admission is free, but I’m guessing you might want to pick up a copy of the book, which will be on sale for $24.95.

Now this sounds like a nice way to while away a Wednesday night: the Coloring Club Drink and Draw Extravaganza at Berg’n from 7:30-9:30pm. With a $5 early bird ticket, you’ll get unlimited hand-drawn coloring pages (featuring non-kiddie themes like Drag Queens, 90’s Nostalgia, Presidential Candidates, and more) to decorate with supplied pencils and crayons. The bar will be offering a special on buckets of Narragansett for just $20, so grab some friends and live out your grade school coloring book fantasies (plus beer and adult conversation).