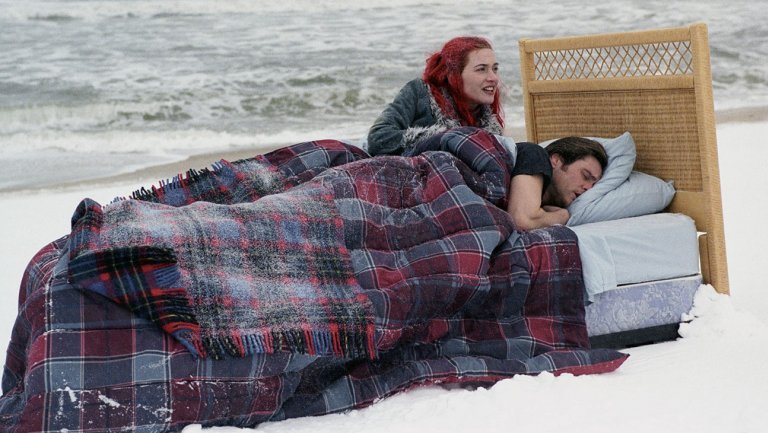 So, it doesn’t exactly feel like winter this week. It’s downright temperate, in fact. Rest assured though, there will be a frigid weekend sometime this winter, even if 2017 proves to be as warm, or warmer than, 2016. Or maybe you just need to warm your soul. We’ve got three wintery movies and a recipe to pair with each. Gather your supplies, settle in on the couch and escape for an hour or two.

Eternal Sunshine of the Spotless Mind is celebrating its 13th anniversary this year. Isn’t that wild? It’s probably safe to say that the Oscar-winning film still has a strong hold on film fanatics–even if you can’t quite recall the last time you viewed it, you certainly remember how it made you feel. The film is a dizzying cornfield of memory–the way your brain tries to fight your heart, what it is to love and to lose, to neglect and to remember.

Throughout all of Joe and Clementine’s struggles we’re immersed in a very blue and blustery palette–all of Clementine’s coats and scarves and hats, frozen lakes, endless miles of Montauk beaches covered in snow. It’s enough to send a chill through your bones, which is why we think this twisted and tender love story should be paired with something that’ll warm you and fill you. Soup, of course! At first we toyed with the idea of fancy beef soups doused with wine, or stews overflowing with russet potatoes, but we settled on this easy-to-make tomato basil chicken stew. It’s a surprisingly healthy recipe full of cannellini bean, garlic and carrot goodness–a perfect bowl of soup to enjoy alongside your happy-sad tears. 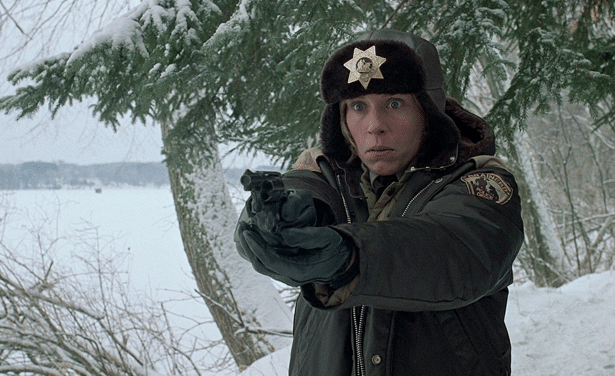 Winter calls for a lot of things, and thankfully the most IMPORTANT winter necessity is found in this recipe–tater tots. (Does merely saying tater tots make you happy, too, or are we weird?) Seriously, when’s the last time you made a casserole? When was the last time you feasted on tater tots? We’re betting it’s been too long on both counts. This classic Minnesota dish should be enjoyed with a viewing of Fargo, obviously. Let’s be purists and stick with the 1996 film (and not the FX series). After all, the wonderfully weird, snowy tragicomedy reminds us that Frances McDormand is the friggin’ greatest, and reminds us of a pre-Shameless William H. Macy, too. Purchase a case of your favorite beer, invite a few friends over and feast. 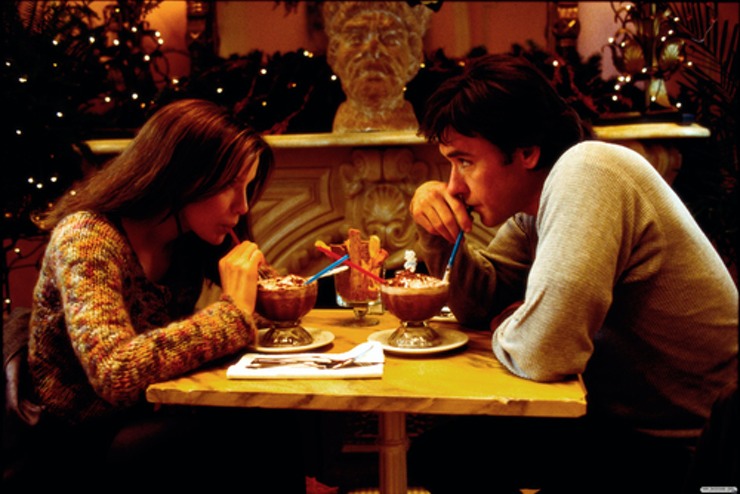 Film: Serendipity, directed by Peter Chelsom, starring John Cusack and Kate Beckinsale
Where to find it: Netflix
Recipe: Cake Batter Truffles from Who Needs A Cape paired with Perfect Hot Chocolate from Food52

Maybe you always knew that Serendipity was not a good movie. Us, on the other hand? We’re sort of just finding out. It’s probably because it’s the first time we’ve watched in, oh, a decade or so. Still, Serendipity falls in the genre of movies that are so bad, they’re just fantastic. Thoughts you might have while watching Serendipity include: John Corbett is in this? They’ve got Nick Drake on this soundtrack? Not too shabby. DAMN IT. Try as I might I cannot deny John Cusack’s charm. And, Wow, realllllly craving hot chocolate right now.

When you’re watching a romantic comedy as sickly sweet as this one, you have pair it with all of the sugar the world has to offer. We’re offering it here in the form of cake batter truffles (only 25 minutes to make!), which you should enjoy while sipping on some decadent hot chocolate from your favorite mug, topped to the brim with mini marshmallows. Save this movie and recipe pairing for a particularly snowy evening, and pair it with candles, a soft blanket and warm socks.