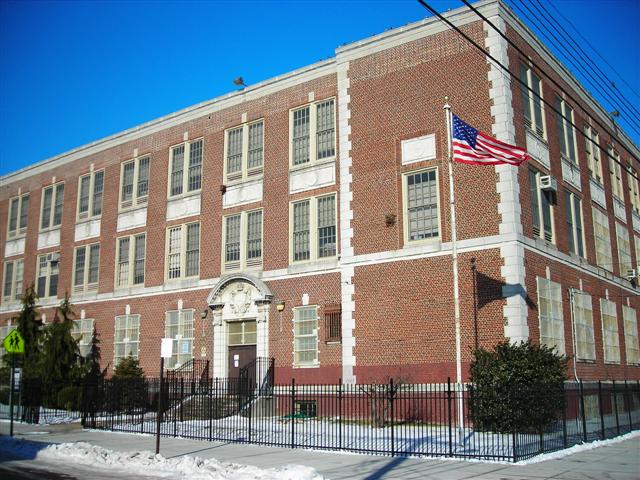 Mayor Bill de Blasio, perhaps realizing that he’s running for reelection, has presented himself as a progressive defender of civil rights, including the right to education. As Chalkbeat reported, he stated that the latest New York City budget was devised “with the assumption of profound challenges from Washington.”

What he didn’t explicitly outline was how profoundly those challenges might impact the NYC Department of Education.

Dr. James Kemple, Executive Director of the Research Alliance for New York City Schools at NYU Steinhardt, told Brooklyn Based that “the role of the federal government in education is pretty narrow.” Current federal education legislation, the Every Student Succeeds Act (ESSA) was passed in 2016, and, Dr. Kemple points out, gives states much greater discretion over their education budgets and educational standards than its predecessor, No Child Left Behind. It would usually take an act of Congress to rewrite legislation like ESSA, but with Trump’s penchant for executive orders, it’s hard to say what the future of education policy from a federal vantage point will be.

Federal money makes up only about 10% of the New York City’s DOE operating budget, but 10% of $23 billion is a significant sum. Trump has demonstrated something like eagerness to yank federal funding from Sanctuary Cities, like New York, including the provision to do so in  the executive order he signed on Jan. 25, though the legality of cutting off federal education funding is unclear.

We spoke to several education policy experts for clues on how DeVos and the Trump administration might affect New York City public schools, which we’ve outlined below. If slashing funding for schools with a high proportion of low-income students, taking away reduced-price lunches, and laying the groundwork for more charter schools and school vouchers aren’t part of your New York values, we also have some ideas for how to fight back.

David Kirkland, a professor of urban education at NYU Steinhardt, reminds us that “the issue of choice of choice is something that predates Betsy DeVos,” in fact, “New York City is among the three most segregated school systems in the nation. By some accounts NYC/NYS is the most segregated.”

This isn’t something out of the fifties. Of one Flatbush area rezoning, Kirkland noted, “The parents are up in arms…the issue is they feel that their kids are going to be hurt, there’s a misperception of violence, perception of incompetence on the part of teachers,” even though the evidence suggests that students in diverse schools come out with higher test scores, GPAs, even college attendance. “If you think about where voucher and choice legislation,” Kirkland continues, “it came out of people who had really problematic views about people of color. Far right people saw vouchers as a response to Brown vs. Board of Education. That’s the context that we’re in.”

Kemple and Kirkland had different views about the influence DeVos would have on charter school expansion in New York City. According to Kemple, “she can’t require that school districts create a certain number of charter schools, or give vouchers, use federal money to provide parents with an opportunity to send their kids to private schools…until Congress allows the federal government to do that.”

Kirkland however, sees that act of Congress as likely, and DeVos’ work in Michigan as a harbinger of what could happen nationally.

“The DeVos family in Michigan championed the choice legislation that was passed in 2003 were big proponents of charter schools,” he said. “We see in a place like Detroit… the public school system was completely dismantled. The state just invested $150 million in new school district called the Detroit Community School district. The district that it replaced became extremely impaired because of the rise of charter schools.”

Charter schools have also been shown to dilute the effectiveness of IDEA, the federal program that helps to fund and regulate educational opportunities for students with disabilities, and to further segregate school systems, and DeVos displayed a startling lack of familiarity with the law during her confirmation process.

Kirkland also points out that charter school companies, including Success Academy and Uncommon Schools, already have multiple locations across the city. “The rub will be that the city districts will be forced to compete with the charter school industries in ways that are unprecedented, and the metrics that will be used to determine success won’t privilege public schools, but charters.”

Cuts to Title I and Reduced Price Lunches

Federal money pays for Title I, a program that provides additional funds to schools with large populations of low-income students. According to an analysis from the United Federation of Teachers, those cuts “could lead to reductions in funding at 1,265 schools (there are nearly 1,800 in the city), and cuts to after-school programs.”

In addition to Title I, the city’s money for free- and reduced-priced lunches also comes from the federal government, and losing federal funding would mean losing support for that program, leaving schools scrambling.

Kemple also mentioned that Title IX funding, law that prohibits discrimination on the basis of sex in any federally funded education program or activity, could be vulnerable under a new Secretary of Education, or if federal funding was removed from New York City altogether.

While New York City no longer has school boards, there are other ways to make your voice heard, whether in your school, your school district, or through a city-wide advocacy group.

Kirkland suggested volunteering with or donating to:

The Coalition for Educational Justice

Volunteer in a School

The New York City public school system serves more than a million students, but even so, it’s easy to feel disconnected from the education system if you don’t have a school-aged child. Change that by volunteering, as a tutor or in a more generalized way. There’s no guarantee that you’ll be able to work in your neighborhood school, but it’s a good way to make contact with a new part of the city.

On Wednesday, Feb. 8, Council Member Brad Lander’s group, #GetOrganizedBK is holding Get Organized for Education at Bank Street College of Education, outlining how to address the topics above, plus testing, teacher’s unions, early childhood education, and opportunities for local political action. Even if the event reaches capacity on Eventbrite, they may livestream or move to a bigger space.

Or at least attend their meetings. As the Department of Education website explains, the CECs advise the “Chancellor on a range of matters, work directly with the district superintendents, review district educational programs, approve zoning lines and make recommendations on capital improvements in order to make our public schools the best they can be.”

Parents with a child in grades K-8 are eligible to run for the council in their district. Members of the CECs, as well as the equivalent city-wide councils for High School, Special Education, English Language Learners, and District 75 (for disabled students) are chosen by school PTAs (for the offices of President, Treasurer, and Recording Secretary). The rest are appointed by the Borough President and the Public Advocate. There are also student representatives. More information and applications are available on the DOE’s website.

If you’re not a parent, but still feel strongly about education, you can still attend the meetings, which are open to the public.

Join the PTA (or at least attend their meetings)

If joining a community or city-wide body feels overwhelming, or you’d like to begin your influence even more locally, joining or attending PTA meetings can give you insight into a school’s priorities. It can also, unfortunately, sharply illustrate the divide between schools where parents have the time and resources to attend meetings, host fundraisers, and influence the principal and other administrators. Still, as with integration, the more the parents with resources join, the more everyone can share in those resources.