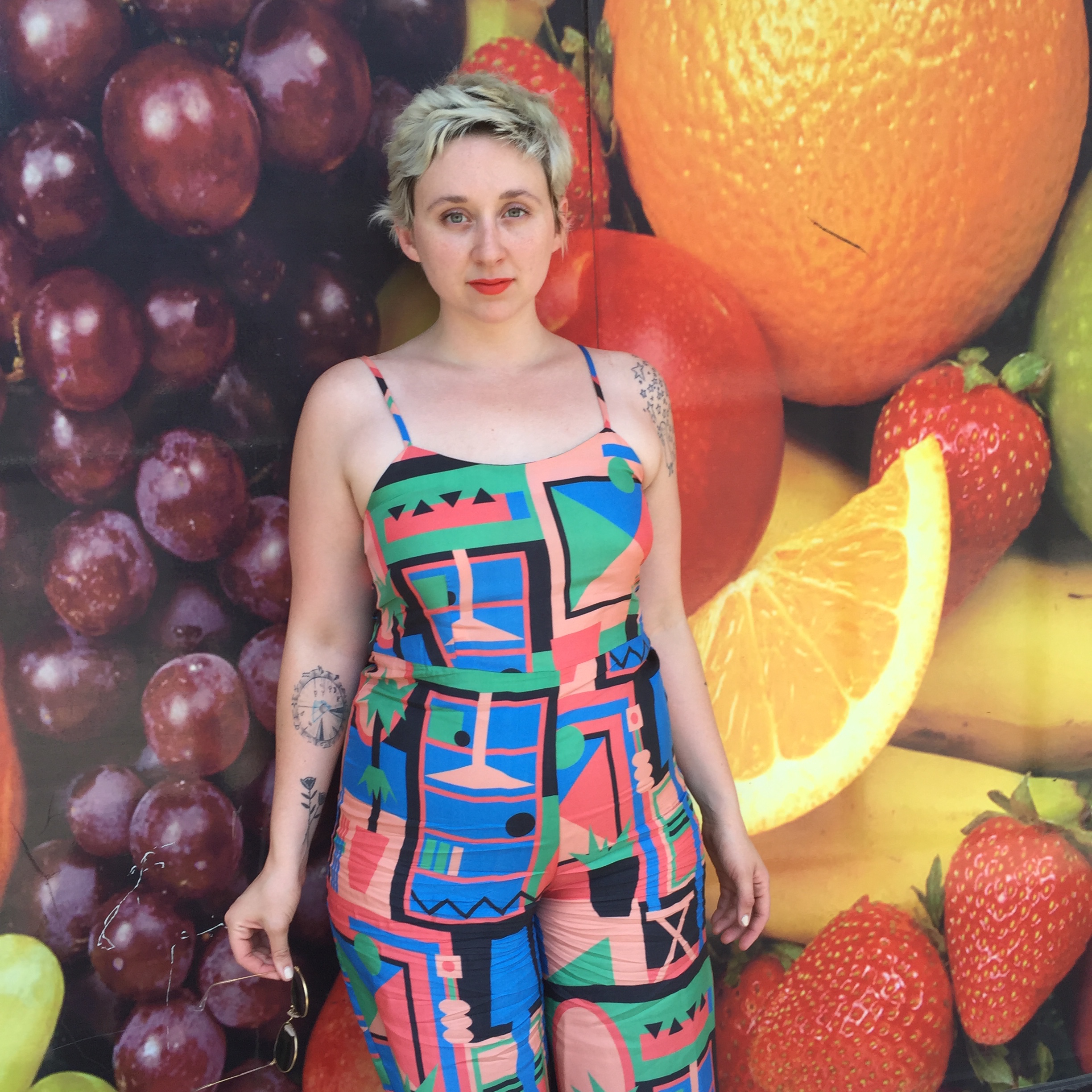 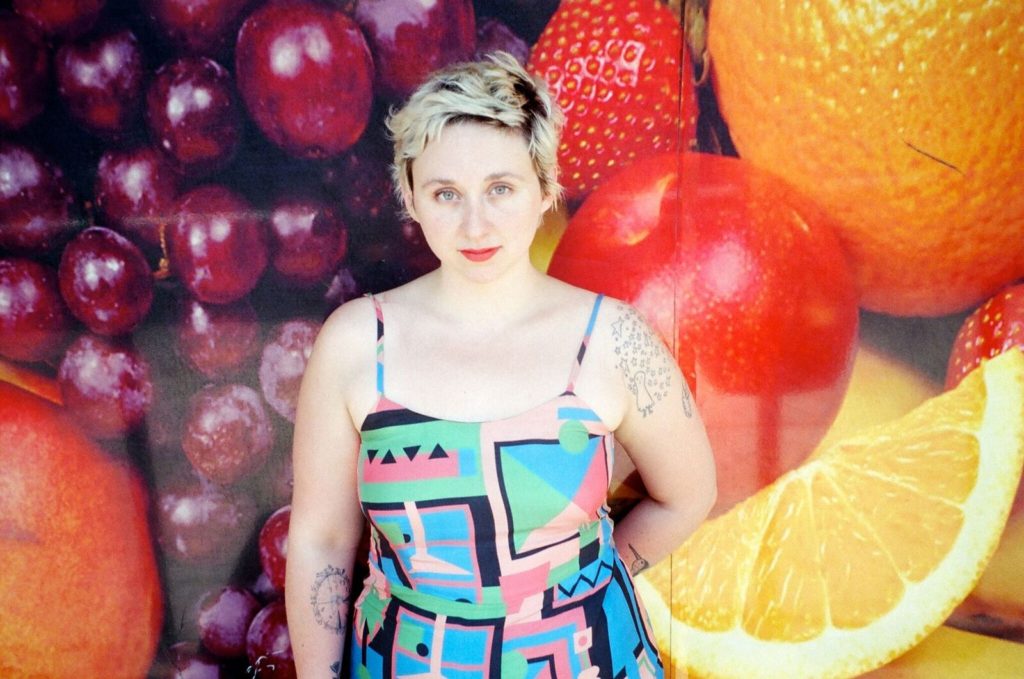 If the lyrics on indie rock artist Allison Crutchfield’s latest record, Tourist in This Town, feel incredibly raw, it’s because their source is real heartbreak and disillusionment. Crutchfield’s punk group Swearin’ broke up in 2015 following the end of her five-year relationship with the band’s bassist Kyle Gilbride. (“It was literally like my world was turned upside down,” she recently told Brooklyn Vegan about that period.)

So the trials and tribulations of the heart had an intense influence on her wonderful new record, whose theme of love gone south is hinted at on tracks like the poppy “I Don’t Ever Wanna Leave California” (“We’re pretty far away from Philadelphia/And that’s fine ’cause I’m really starting to hate you”); the New Wave-ish “Dean’s Room” (“There are no photographs of us/There’s nothing left to discuss”), and the ’60s girl-group-sounding “Expatriate” (“I know people change/And we’re both moving on”). Yet the catchy and driving music offsets the heartache woven into the lyrics, providing some really gorgeous moments like on “Charlie” and “Sightseeing” as well as butt-kicking ones as well such as the electrifying “Mile Away” to the punkish “The Marriage.”

It’s almost as if Crutchfield saying through this album, that sometimes you have to go through the motions for awhile, but eventually with time and self-discovery, you’ll emerge resilient.

Aside from its introspective lyrics, Tourist in This Town is notable for two reasons: First, it’s Allison Crutchfield’s full-length solo debut after her spending the last several years being in bands like the Ackleys, P.S. Eliot (with her twin sister Katie Crutchfield, who currently leads her group Waxahatchee) and Swearin.’ Second, the music on Tourist in This Town is represents a stylistic departure from her previous indie punk sound with its emphasis on synthesizers.

Originally from Alabama, Crutchfield is no stranger to Brooklyn even though Philadelphia is her current base. Both she and her sister lived in Brooklyn during their tenure in P.S. Eliot and it was in Brooklyn where that band did their final shows in 2011. Now Crutchfield is returning to the borough for a show at Sunnyvale on Feb. 9 with her backing band the Fizz. We spoke with her about the new record and the experiences that led to its creation.

How does it feel to make a record under your own name after recording with other bands after all this time.

It feels really good. I’ve been making solo music for a couple of years, but this record is definitely something that I’ve been most proud of. I made it in a way where I really didn’t know what was going to happen with it. And just working with [record label] Merge and promoting it in a way that we have, I’m really grateful for them and for everyone who’s been supportive so far. I’ve pretty much only ever been in bands up until this point. So it was a little scary to put myself out there in this way, especially with this record because it was so personal and emotional.

Your previous music with those other bands were mostly in the vein of punk rock. On this new one, you incorporated electronic sounds. How did you steer toward that direction?

When I started doing this solo music, I was still in Swearin’. It’s sort of a writing experiment. I wanted to work on songs that weren’t representative of a band or group of people. With Swearin’, I would write a song and bring it to them and we would rearrange it and pull it apart and add different things. They were all sort of Frankenstein-ed together. I kind of decided while we were doing that band that I wanted to write songs just for myself. In doing that, I really wanted to differentiate it from Swearin’. The most obvious way for me to do that was to make it an electronic project, since Swearin’ was this pretty fast guitar band. It really was more like an act of trying to divert from what everybody knew of my music. I was always in punk bands. I wanted to do this other thing but I also wanted to keep doing Swearin’, so I’ll make this a synth pop project.

The most recent single released off of Tourist This in Town is “I Don’t Ever Wanna Leave California.” What inspired that?

That song was inspired by–as a lot of these songs were–a tour that I did when I was playing in Waxhatchee. I was going through a breakup at the time and I was dealing with that. I had another relationship pretty soon after the breakup that was also going really sour, like a typical rebound situation. So that song was written as if that was going sour, feeling frustrated with this other person but also feeling frustrated at myself that I was sort of invested in this person where it was obvious that it wasn’t going to work. It’s an angry sad song and very pointed at that person but at the same time it was also me reckoning with the fact that I didn’t feel good about going back to Philly. I felt really stressed about all of these changes–Swearin’ breaking up–and just feeling that I really loved California and all my friends there. It was this very brief moment on the tour where I was feeling really happy and feeling good and at peace.

Was that the theme you had in mind initially going into the making of the record?

I definitely knew that it was going to be about. As much as I feel corny about calling it a breakup record, because that does feels like a little bit of a cliché, it’s obviously a breakup record in so many ways. It’s not all about this one relationship ending, there’s lots of different relationships that are talked about, there’s lots of nuanced experiences in relationships that you have even right after a breakup. It’s all about that while being on tour for 10 months out of the year and the subsequent changes that come with breakups, especially for me.

When the record was written I was 26. I’ve been dating this person since I was 21, we moved to Philly together and we started the band together. We really tangled our lives up in a way that in retrospect was maybe not the most responsible, but it’s what you do when you’re that age. It was a really tricky thing to navigate. And that is what really brought on the record.

For the tour, you are leading your own band called the Fizz. How does it feel to call all the shots this time around as opposed to be being a band member?

It’s definitely really different. As far as being a band leader on tour with a band and make all the plans, call all the shots, and delegate–that doesn’t come super naturally for me because I’ve always in bands with other people, like Swearin’, which was a super democratic band where we had all our own roles and had a say in everything. It’s a little bit of a new experience for me. In the studio writing and arranging music on my own feels amazing to me. But doing the actual bandleader stuff is not. It’s a little stressful. I’m definitely learning how to do it because I think I do have a natural inclination to make it a band. It’s a learning experience for sure.

You and your sister have a connection to Brooklyn.

We used to live there. [Katie] wrote the first Waxhatchee record in Alabama, but she really started playing shows and doing  Waxhatchee in Brooklyn. We lived in Bushwick and then lived in East Wiliamsburg, and then I lived in Queens for a little bit. I love New York. I’m excited to play that show. I think it’s going to be cool.

Allison Crutchfield and the Fizz will be playing on Feb. 9 at Sunnyvale, 1031 Grand St., Brooklyn, 8pm, $12-$15 Her new album, Tourist in This Town, is out now via Merge Records,