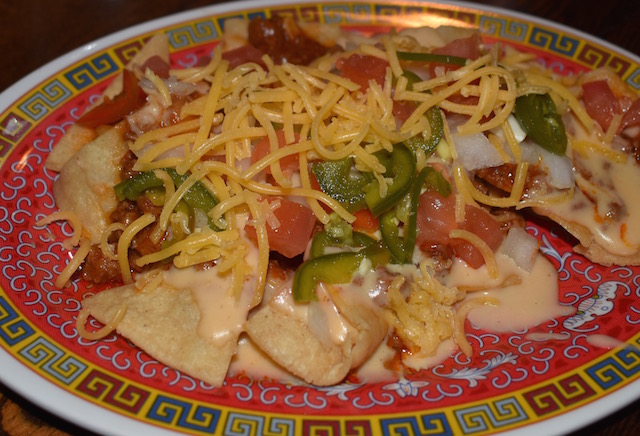 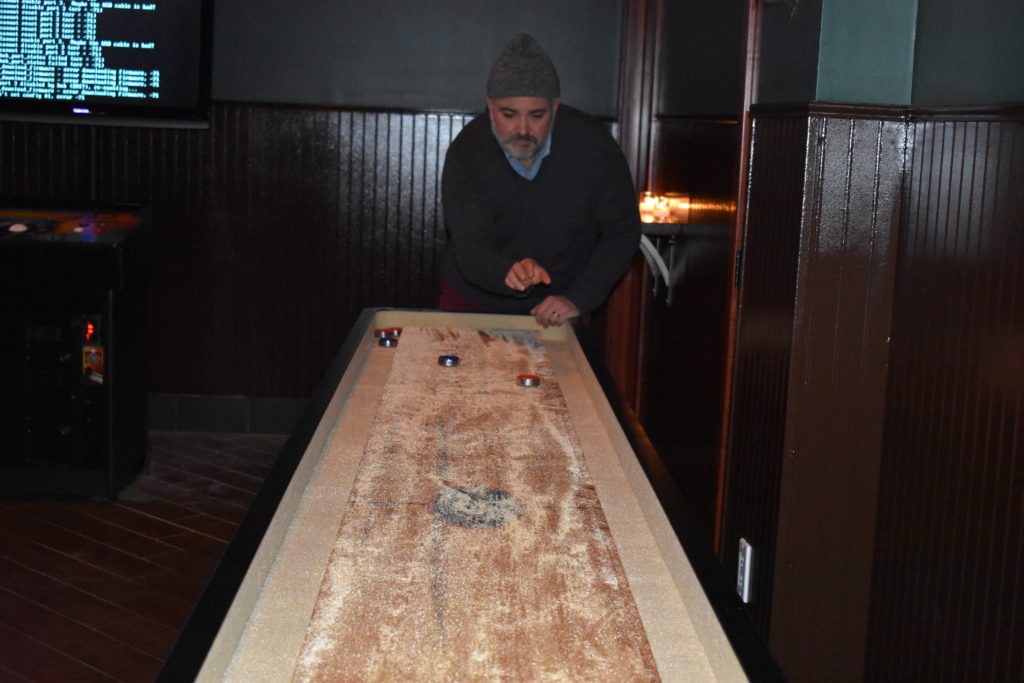 Come by for a game of shuffleboard. Photo: Georgia Kral

Chef Dale Talde and the Three Kings Restaurant Group may have just closed two Brooklyn establishments–Pork Slope and Thistle Hill Tavern–but they haven’t turned their backs on the borough.

Instead, they have opened Atlantic Social, a massive restaurant (130 seats) and sports bar (50 stools) that they hope will appeal to Brooklynites and guests visiting the nearby Barclays Center.

“We want this place to be for the die hard sports fan but also the people who could give two shits,” said Three Kings partner David Massoni. But “at the end of the day, you can’t deny there’s a sports bar element. There are 16 TVs.”

Sixteen televisions, indeed. Atlantic Social also boasts a game room, which Massoni says they are calling “the parlor,” with a shuffleboard table and classic arcade games like Ms. Pan-Man and Big Buck Hunter. There are leather couches and an inviting gas fireplace in the room, too. A pool table is on its way. The game room is open to anyone but can also be rented out for parties.

“We want it to be feel like a friend’s parents’ basement,” Massoni said. 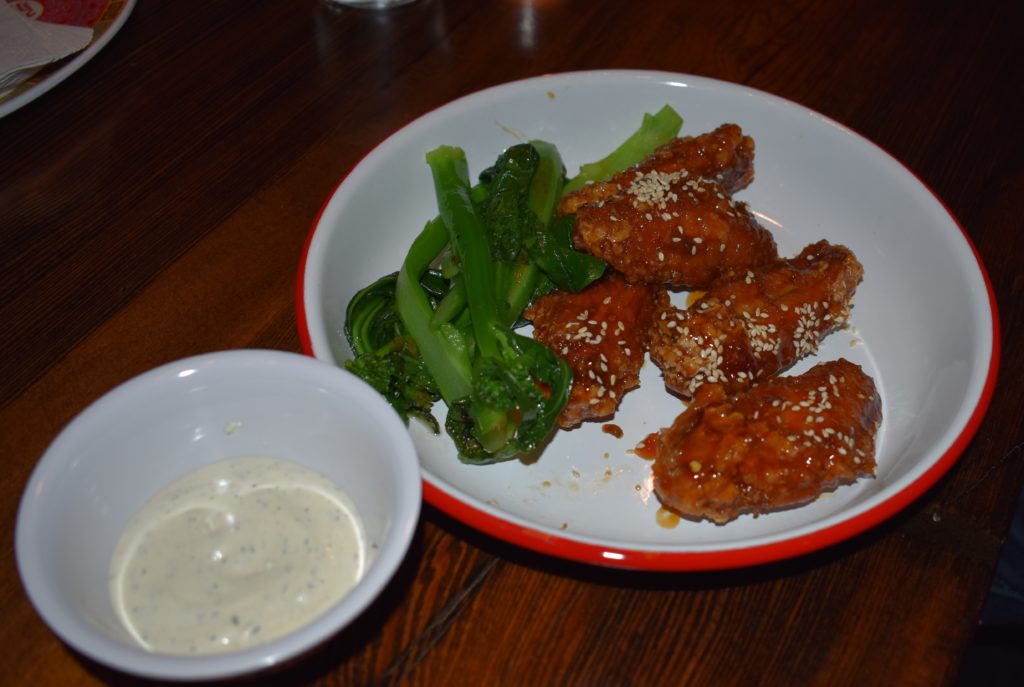 There is also a dining room separate from the bar, a good space for groups or families. The restaurant is big enough that those in the dining area aren’t likely to feel like the scene is too sports-oriented, which is probably a good thing considering “Brooklynite” isn’t necessarily synonymous with “sports fan.”

And so Atlantic Social, like so many spaces in Brooklyn, is playing double-duty. For some it will be a spot to gather for drinks, light bites and a game. The game room will definitely become a birthday blowout destination for a certain type of bro. For others, it will be another spot to eat Talde’s food, which, from his Thanksgiving ramen to the pretzel pork and chive dumplings at Talde in Park Slope, has a cult following in Brooklyn and beyond.

At Atlantic Social, Talde’s food is an inspired take on classic American pub food. Instead of buffalo wings, he’s turning out General Tso’s wings with sauteed greens and a creamy yet spicy dipping sauce on the side, a real standout on the menu. Instead of sausage and peppers, try the lemongrass pork sausage with sticky rice and papaya salad.

“It’s familiar but the flavors take you past regular bar food,” he said. 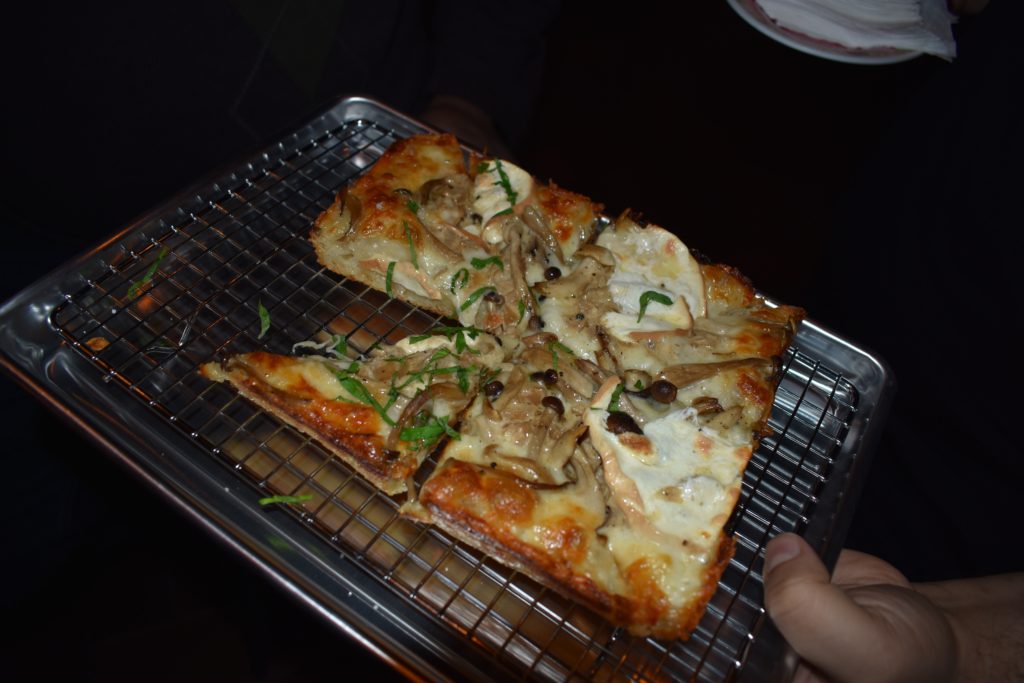 There are also Detroit-style pizzas, which are excellent, pasta made in-house and, wait for it–chicken pot pie ramen. Several salads and grown-up entrees like ciopino and a rib eye are also on the menu.

Talde says he’s most excited about the pizza and pasta, but there’s another menu item he is sure people will love.

“The burger is the jammy jam,” he said.

And for drinks, expect the full spectrum of beer from fancy, like Brooklyn Brewery’s Sorachi Ace saison, to Budweiser and of course, craft cocktails. This is still Brooklyn, after all. 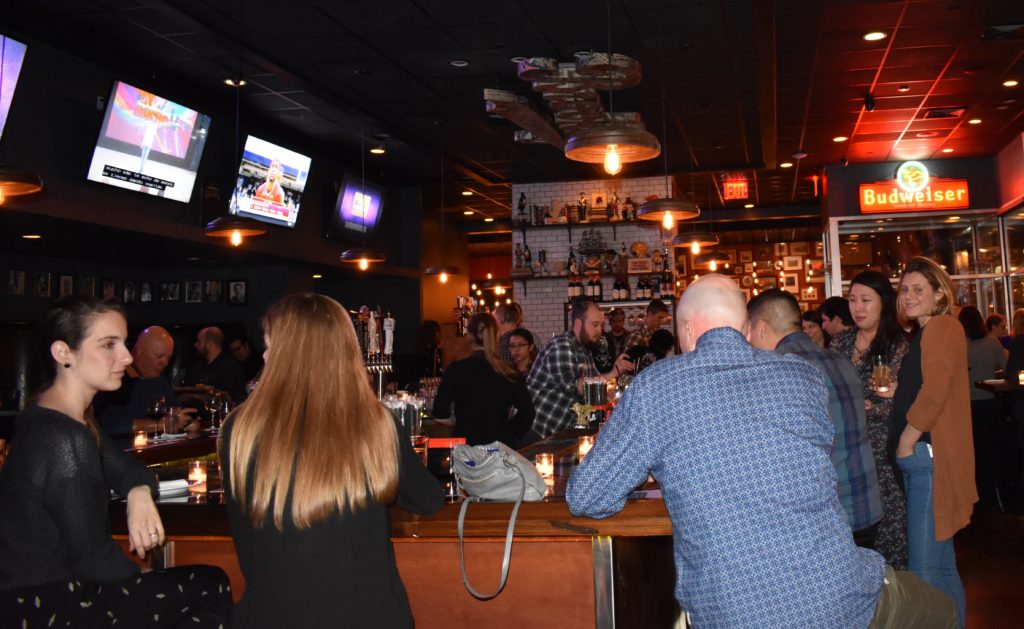 Atlantic Social is open for dinner every day. Lunch and brunch coming soon.