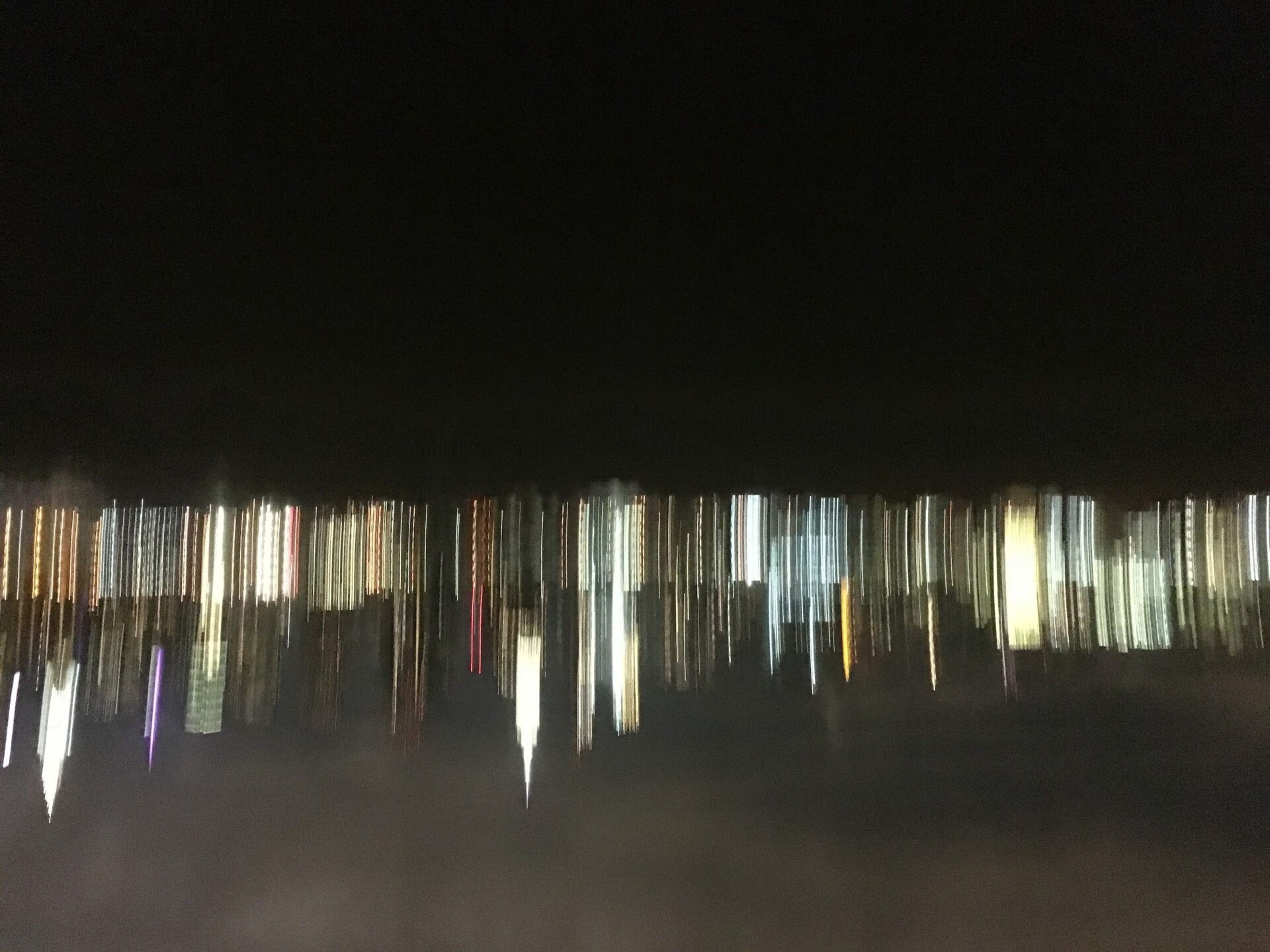 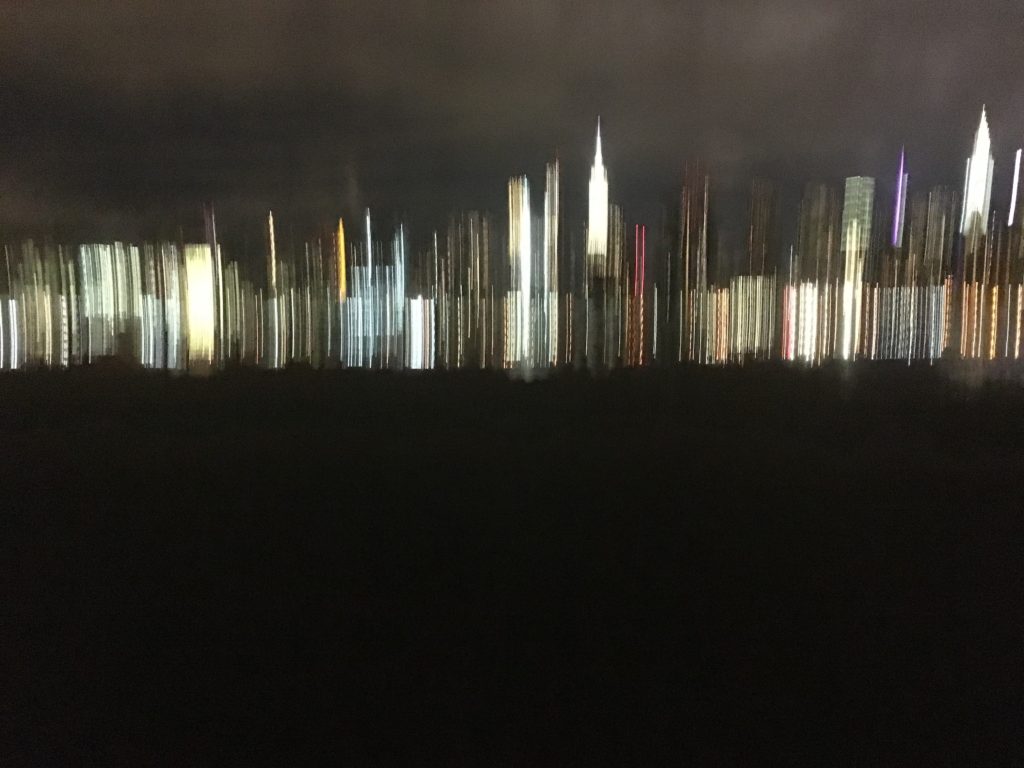 The Lobster Shift is a monthly column by Kenneth R. Rosen that explores the city and its inhabitants in the hours between dusk and dawn.

Nothing had yet caught fire. After my late shift, I fell fast asleep.

I’d spent the night wandering in a haze, a low mist applied across the city invariably and without discretion. I stepped around patches and had nowhere to go but home, wondering whether there was somewhere for me to be and all I’d done was forgotten it. A strange tickle lapped at my neck and I felt like someone was behind me. I turned fast. No one was there, but every few steps along Queens Boulevard I took to turning back. Checking just in case.

Eventually I found my way home, careful as I crossed the streets, dodging headlights sponged in mist. I could see a police cruiser down the block, and counseled myself, No way, it’s not for you.

This state of paranoia never settles, and is often encouraged by the anonymity of nighttime. In my bones I feel an unshakable guilt, a teasing disruption in my liver and heart, a menace trapped inside my own menace. Sometimes I misplace it and then seeing a police officer sets it upon me. The paranoia stays and becomes second-nature. It is necessary to survival. I have lived with it always.

Someone once told me that if I were to look skyward more often, into the haze above Manhattan, I would come to see more, feel more grounded, become better situated and aware of these feelings inside this unnatural spree of concrete and metal. Hear something enough and it becomes your own philosophy. I heard those words—look up, dammit, look up!—and learned that my compass relied on the two towers that could be seen from almost anywhere–The Empire State and One World Trade. There are the pencil skyscrapers, light dribbling out the windows, but nothing like these. That’s where the collective hopeful ambitions come from. Excelsior!

My childhood in the city was spent looking down, navigating cracks in the sidewalks, bursting through crowds gathered at crosswalks. I had a fast pace, strode like I belonged, moved with a purpose and, for that reason, never gleaned much of the city. So I’m starting to look up these nights, pacing around on the streets, mindless and enthralled just the same. It’s when I am in this trance that I can peer up at these buildings and see inside them vignettes of lives I will never lead.

For one, there’s the midnight floor shampooer, hauling across nappy carpet his mechanical beast; in Times Square, there’s a multicolored DKNY sign atop a loft, but the glass-enclosed loft is always empty and the flashing sign seems an errant reminder that while the party was once here it has since moved on; in Morningside Heights, I stood outside the western Romanesque revival façade of a church and remembered the one time I’d gone inside just before sundown when beneath the nave it was quiet and I could feel overwhelmed by the displacement of sky; a trash collector spits her spent gum onto a pile of rubbish, then tosses it into the truck awaiting her; a young woman grieves, sobbing in public, refusing help from anyone; a stalwart parade of halal carts queues to claim a sidewalk space.

But there is more yet.

The wanderings of night can bestow on anyone the notion that this city does sleep—but you don’t. Not tonight. Not as you’re looking skyward. Excelsior! Ever upward. And though that anxious pang always exists, its own compass through the night, morning arrives after every single evening.

After my long walk, finally putting my key into the gate at my apartment building, I laughed and recalled my youth spent staring down. The police car stopped short of the gate leading into my apartment, having followed all this way.

The police cruiser idled. I rounded the corner to my front door. I waited against the wall, listening. That untethered guilt rising, as always. Panting, I heard a car door open then shut. No footfalls landed on pavement, but I thought perhaps the wind had masked them. I listened closer. Nothing. I made my way to the corner, squatted low. Looked out. The police car idled, situating itself in my aimless and unaccountable anxiety, a worry perhaps born from lifelong inattention.

I lit a cigarette, worried. My last cigarette, I thought. What had I done? Smoked half, then stubbed the lit end out and tossed it into a pile of garbage. I waited and still heard nothing, then went inside and to bed.

The next morning I awakened to a text message from my roommate.

“Yo, man, did you see the trash can outside?” the message read. Outside, all that was left of the trash bin was a melted circle on the ground outside. The wall nearby was blackened. “Do you know how that happened?”

I lied and told him I couldn’t remember anything. The night takes with it whatever precious time we spend in darkness, and I said: “But next time you try and burn the house down, make sure that we’re not home.”