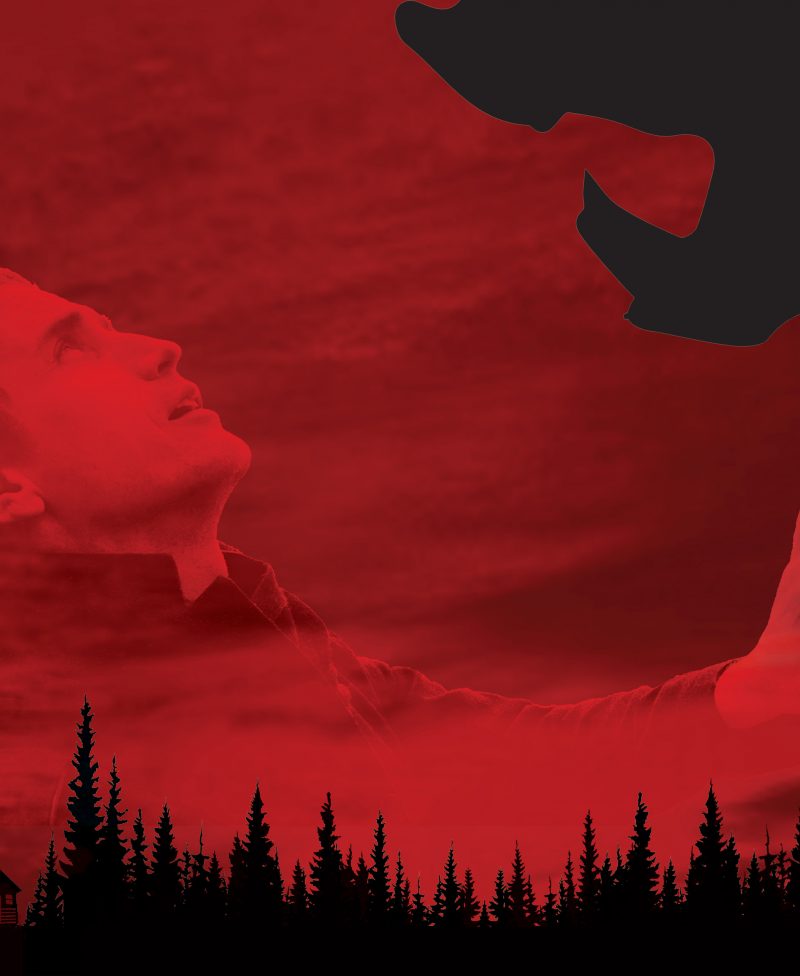 The audience never sees the monster in Julia Jarcho’s new play, The Terrifying, but the lack of blood and gore does nothing to temper the fear. While definitely corporeal for residents of the unnamed small town it targets, its real power is emotional rather than physical. The fear is so severe, it’s almost beside the point whether you end up as a victim; your life is forever altered by the knowledge the monster exists.

It’s going to be difficult to actually see this version of the play– the remaining shows are sold out and when we called the theater to ask about waitlist tickets they advised showing up an hour before showtime to make sure you’re first in line to put your name on the waitlist when the box office opens 30 minutes before show time. “There are no shows…sometimes,” the very nice man we spoke to said in a not very encouraging tone. The way the show plays with fear though, exploring it in the abstract while scaring your pants off in a very real way, is worth thinking about, in this uncertain age of paranoia and the unexpected.

Jarcho’s Big Bad plots its course of destruction by following the desires of each victim. To wit, victim one is killed; the person that victim loves the most is next. It’s a great argument for never revealing one’s crushes, and an unusually cruel form of psychological torture. Teenagers are the first targets, and even in the vague time period of The Terrifying (phones, landlines to be precise, exist, but not everyone has one), their currency is rumors and gossip.

The 90-minute play takes place entirely in the backstage area of the Abrons Arts Center’s theater. Audience members, just 60 at a time, sit directly in front of the actors. For most of the show this makes the experience dark and claustrophobic, which is perhaps too effective in terms of turning up the volume of terror (not only are you afraid of the monster around the corner, but of an actor possibly falling on an unsuspecting spectator in the front row). I don’t want to spoil the effect, but let’s just say that this staging becomes even more effective later on in the play.

As often happens in the horror genre, the first victim we meet is Raluka (Hanna Novak), a teenage girl. At least in this case, Jarcho gives her a bit more agency than the average Wes Craven victim; she carries a knife and attempts to outsmart the monster, though she still meets her fate in its stomach, to the accompaniment of Ben Williams’ screaming- and banging-filled live sound design.

Even the big city journalist who arrives in town to make his name on the story can’t help but get swept up in the panic. Analise (Kim Gainer), desperate to follow him to the big city and reinvent herself, falls in love with him, which only makes him a bigger target. She’s supposed to be in love with Raymour, but after he too is killed, her father (the town jailer, played by Pete Simpson) seems more concerned with drowning his fears at the local tavern then with taking any actual steps to protect his daughter. It’s hard not to blame her for wanting to run away.

This is a thoroughly modern horror story. Unlike a Wes Craven movie there’s no triumph, nothing to redeem the needless deaths. Sometimes the prospect of jettisoning the alien into space or defeating Freddy Kruger can make slasher flicks satisfying. After Raymour (Jess Barbagallo), Raluka’s wide-eyed love interest, meets his fate in the monster’s stomach, his father (also played by Pete Simpson), a teacher, returns to school. His attempts to teach a class in the midst of his grief is far more terrifying, and heartbreaking, than anything John Carpenter and co could conjure.

The pain is palpable, and even made me a bit ashamed of wanting to see this play as some kind of escape. Perhaps the thrills and chills are also reduced because of just how much the terror of the monster parallels the terrors of our current political climate. No, there’s no orange devil, but the unnamed town and it’s residents could be us, living in fear of an unimaginable horror that may not have claimed us yet, but is still carving a path of destruction for our loved ones, and our ideals.

The Terrifying may have inventive staging, a scary monster, and equally scary music, but this is no trip to a haunted house, or even a thrilling-terrifying night at home watching horror movies. It’s all too real.

Through April 2–advance tickets ($25) for the remaining shows are sold out but a waitlist will be started 30 minutes prior to showtime. The theater suggests arriving an hour early to be the first in line for the waitlist.