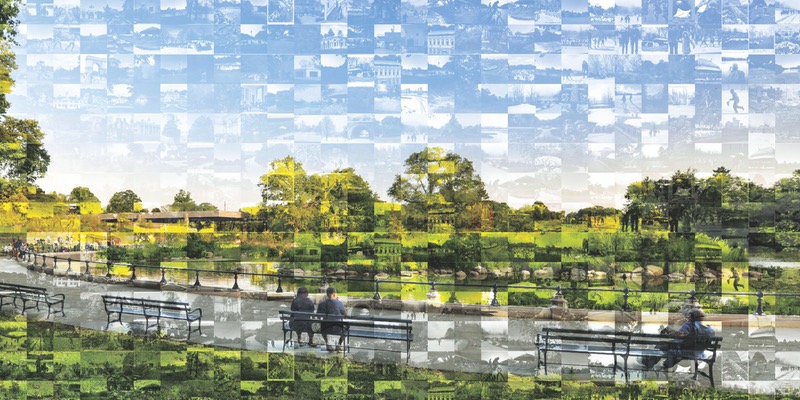 April, you’re a month of continual torment. We’re all so ready to be outside–to celebrate Prospect Park’s 150th birthday, to stroll through the otherworldly beauty of the cherry blossoms in the Brooklyn Botanic Garden during the Sakura Matsuri Festival, and let down our hair and break out our tambourines for Earth Day, which takes on a more serious and urgent mission this year, all hippie jokes aside.

Yet, it is not consistently warm enough to leave the house without a jacket (and a backup scarf), those outside tables that look so appealing at 4pm turn frigid the second the sun goes down, and outdoor movies, concerts and yoga are still a couple months away. Here’s a mix of can’t-miss culture that you can venture outside to enjoy, or simply watch, read or appreciate from the warm comfort of your home. Pro-tip: If you’re hoping to see LCD Soundsystem at Brooklyn Steel, tickets go on sale at noon, Thursday, March 30.

Louis C.K.: you either love him or…is there anyone left who doesn’t love Louis C.K.? It seems like he’s pretty much conquered the world with his particular brand of self-effacing dude humor. On April 4 his new comedy special 2017 debuts on Netflix, which seems to have stolen the comedy special game from HBO. According to Netflix this time around he’ll be having a fireside chat with America about “religion, eternal love, giving dogs drugs, email fights, teachers and more.”

Brooklyn’s beloved park turns 150 this year and this temperate weather we’ve been having arrives just in time for a full weekend of celebrations including the first roller disco of the season on Friday night at LeFrak Center, an exhibition baseball game following 1860 rules, a Greenmarket grill out and various historical walking, and running, tours of the park. Check out the whole list of events here. 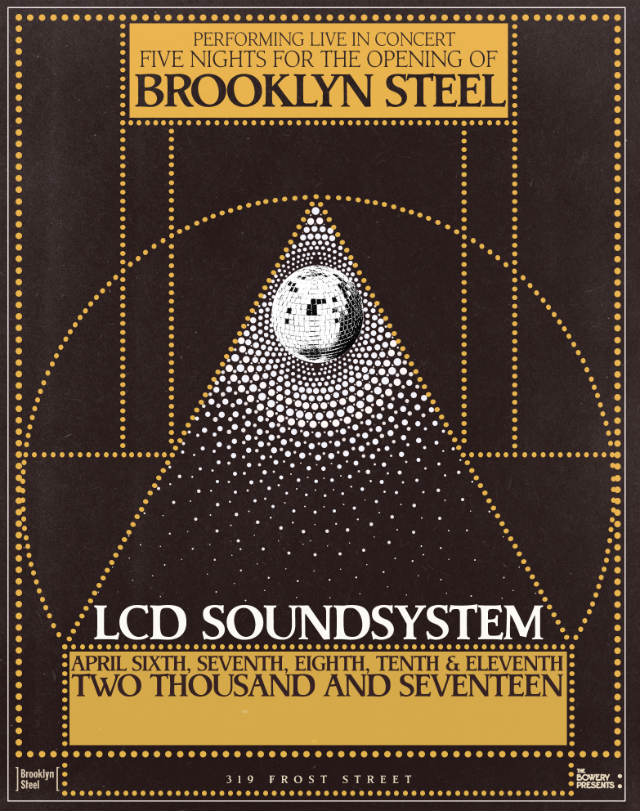 There’s a new venue opening in East Williamsburg from the Bowery Presents folks called Brooklyn Steel. They’re really saying hello to Brooklyn with a bang, by welcoming LCD Soundsystem to their stage five nights in a row. Tickets go on sale at noon on Thursday, March 30–get ’em quick!

There are a lot of timely and serious movies out this month in theaters and on streaming services, like A Quiet Passion the new Emily Dickinson biopic starring Cynthia Nixon and of course The Handmaid’s Tale on Hulu. The world needs more thoughtful, considered movies, but I’ll be honest. I won’t be watching either one. Instead I’ll be snarking along with the Mystery Science Theater 3000 reboot from Netflix because levity, I take it whenever I can get it and because it speaks to a serious nerd in my soul.

You know how you’ll hear a song on NPR and love it and then worry that you are officially middle aged because, well, you just learned about a band on NPR? Bob Boilen, creator of All Songs Considered is largely responsible for that. He’s written a book called Your Song Saved My Life in which he interviews musicians, including Jimmy Page, Carrie Brownstein, Smokey Robinson, Jeff Tweedy and David Byrne about the songs that changed their lives. A thousand times yes.

Everyone knows that Brooklyn’s hottest club is at Brooklyn Museum this weekend. The Brooklyn Museum is honoring Alicia Keys and Swizz Beatz and celebrating with this dance party with music by Swizz Beatz and DJ Runna. Tickets start at $50 for members, $75 for non-members and there are some VIP options available as well. Special installations from Brooklyn artists will also be on display.

The internet has exploded, and continues to explode all over this new Netflix series based on the 2014 film of the same name. The idea that a discussion of race might look and feel different to black people than to white people (particularly in a white-majority setting) still feels radical to a lot of folks, it seems. If, as is often suggested, comedy is the best to work through difficult, uncomfortable conversations, then Dear White People  has its work cut out for it.

If you want to take America’s temperature on technology, watch The Social Network before you go to see the creepy new tech thriller The Circle. We’ve gone from worrying that social media will make us lonely nerds to obsessing over how it’s going to invade our very actions and thoughts in less than a decade. This new version of distopia-lite stars Tom Hanks as a more personable and more evil Steve Jobs-type who “believes in the perfectibility of human beings.” Emma Watson is his eager new employee who quickly discovers that perfection is not all it’s cracked up to be.

2. Citizen Jane: Battle for the City

What could possibly be a more inspiring, more fitting documentary for our time than the story of how Jane Jacobs, neighborhood advocate and plucky urbanist saved (some of) New York City from the infamous urban planner and power amasser, Robert Moses? Chances are that you already know most of the story behind Citizen Jane, but what a great reminder that when passionate, intelligent citizens speak up, government can’t help but listen. 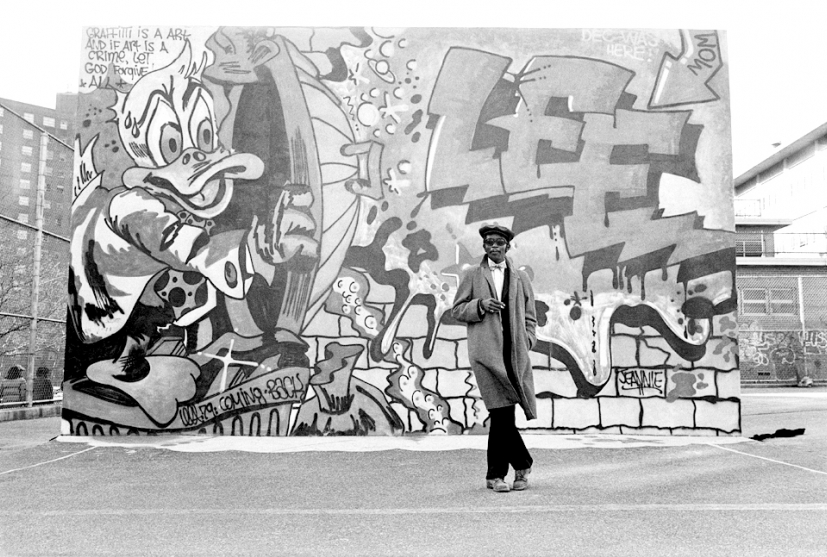 You’re likely familiar with Fab 5 Freddy as the host of Yo! MTV Raps or from Wild Style, the 1983 movie he produced, starred in and wrote the music for, or as a musical visionary and one of Bed-Stuy’s most famous sons. He’s also a visual artist, and his work will be on display at Pioneerworks in Red Hook this month. Catch him in conversation with hip-hop journalist and musician Greg Tate on Saturday, April 8 at 6pm.