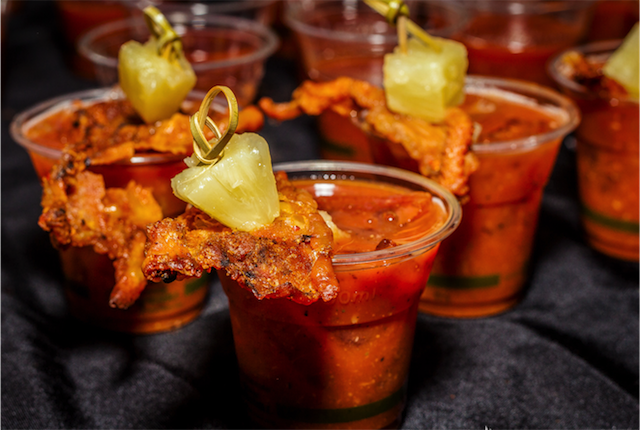 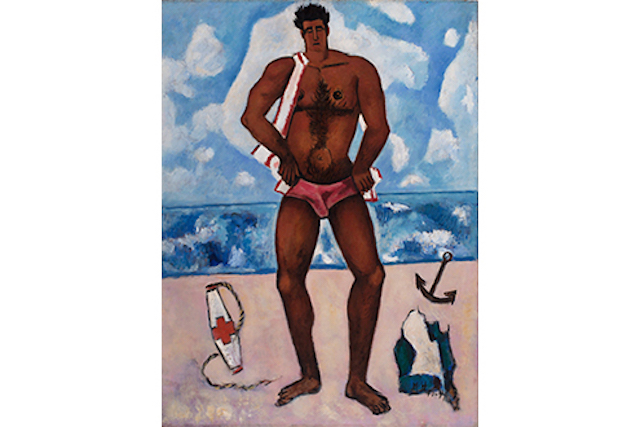 Hey everybody, we’re back! It’s another Wednesday in this marvelous County of Kings and we’ve got yet another Ideal Week of fun, friends, food, tunes, booze, activism, and activities for you to peruse, so see if you can tear yourself away from S-Town for a minute or two to make some plans. We’ve just gotten word that the inimitable tag team of Frank Facinelli and Frank Castronovo have a pretty awesome-sounding Backyard Chef Series in the works for this spring. Once a month starting in May, the duo will host famous chef pals from all over the world (think Philly’s Marc Vetri, LA’s Jon Shook and Vinny Doloto, Montreal’s David MacMillan and Fred Morin, and NYC’s own Daniela Soto Innes) to collaborate on one-of-a-kind dishes at Frankies 457 Spuntino’s bucolic outdoor space. The full lineup is listed here and we suggest booking now because I’m sure these seats will fill up fast–tickets are $100 per person, which includes drinks and a multi-course meal.

In other news, Coney Island officially reopens for the season on Sunday, and it’s as good a time as any for a spin around the Cyclone, which celebrates its 90th birthday this year. Also on Sunday, Alec Baldwin will be appearing in conversation with Anna Sale to discuss his new memoir, Nevertheless, at BAM at 6pm. Tickets start at $35 ($55 if you’d like a copy of the book too) and are available here. If you’re looking for a fine art experience, I’ve personally been itching to get to the Met Breuer to see both Marisa Merz’s The Sky is A Great Space exhibit as well as the Marsden’s Hartley’s paintings of Maine. And, I’m not sure how, but after living in this town for almost my entire lifetime I only recently discovered two major Walter De Maria installations that are located in unmarked, unassuming buildings a few blocks away from one another right smack in the middle of Soho. The New York Earth Room and The Broken Kilometer are both free to experience during visiting hours from noon-6pm on Wednesday through Sunday, so it’s kind of like a mini-trip to Dia:Beacon with none of the expense or hassle.

But those are just a few of our thoughts on how you can fill up your calendar–read on for more tips to squeeze the most out of Your Ideal Week below. 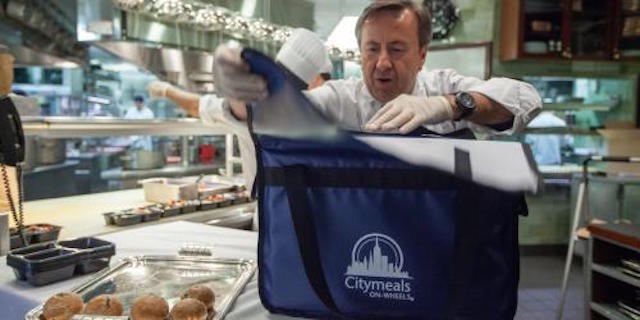 When I was in my tax guy’s office earlier this week, I was pretty embarrassed when I had to say out loud how little I managed to donate to charity last year. In my defense, I spent quite a bit of cash in a vain attempt to prevent a certain overconfident orange monster from running the country into the ground, but now we’re in a new year and I gotta be a better philanthropist in 2017. This Thursday night presents an opportunity to make up some of that lost ground and treat myself to a delicious dinner at a fundraiser for Citymeals On Wheels, Don’t. . . Eat . . . Til . . . Brooklyn. Starting at 7pm, chefs from top local restos and food trucks like Huertas, Birds & Bubbles, The Black Ant, and Korilla will be handing out food, cocktails and wine in Citymeals’ Williamsburg warehouse for your culinary enjoyment. Tickets are steep at $85, but 100% of your donation will go toward the preparation and delivery of nourishing meals to neighbors who need them. 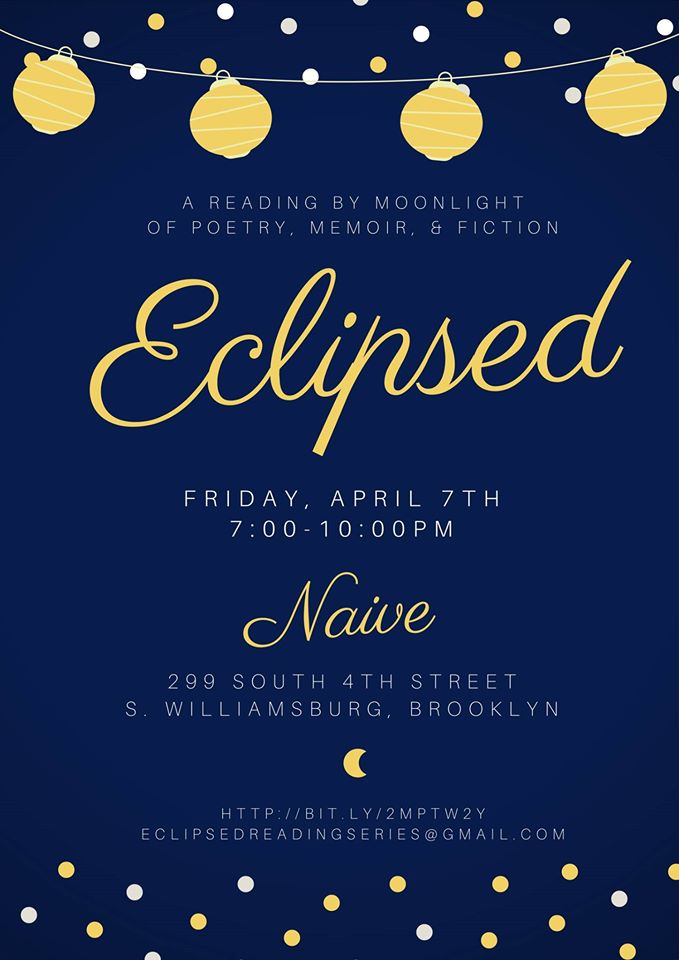 The Eclipsed Reading Series, which gives a platform to “those who refuse to be cast into shadow,” was formed in response to the current political situation, and it’s back for its second installment this Friday night from 7-10pm. The spring reading, which is at Naive Williamsburg, will feature a group of hand-selected writers and an open mic to help promote local artists in the community. If you need some extra incentive, admission is free, and happy hour includes $1 oysters and $6 glasses of wine. For a slightly different kind of night, Fine and Raw Chocolate’s Bushwick factory is throwing a Willy Wonka-themed party starting at 9pm. Tickets are $20, and details are admittedly a little scant, but I personally don’t see how you can you go wrong if you’ve got music, dance, fizzy lifting drinks, and (of course) chocolate in plentiful supply all night. 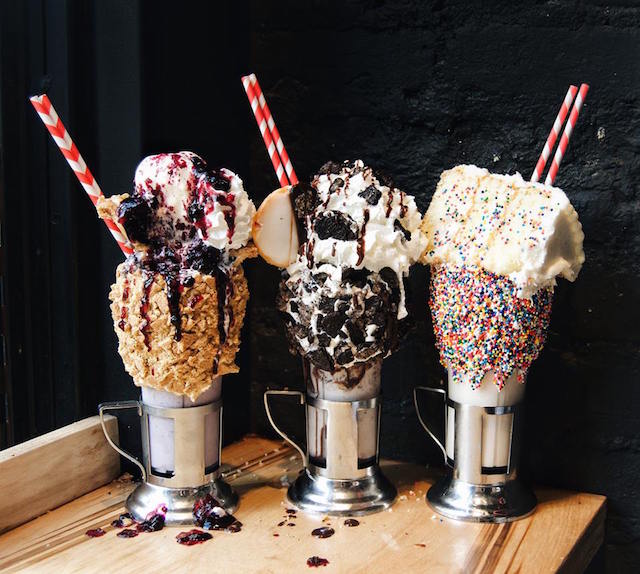 How do you even eat this? Photo: Black Tap

I’m basically the oldest person at my office, which means that I am constantly having to tell my less-grizzled colleagues that no, I don’t know about the super popular [insert whatever bar, tv show, musician, app, tech company or photogenic food trend they are all talking about here]. A few weeks back the focus of the chatter was Black Tap milkshakes, which I had never heard of but whose glorious decadence (they are topped off with garnishes like an entire Chipwich, a Sugar Daddy still in the wrapper, and in one case, an extra-generous wedge of a full-sized cheesecake) inspired a few of my coworkers to post up in some seriously long lines at the restaurant’s three Manhattan locations. This Saturday, the crazy shakes will be making an appearance on this side of the East River, because Black Tap has a kitchen takeover planned at Humboldt & Jackson from 2-11pm. The menu on offer will also include a variety of Black Tap’s burgers, which my Millennial chums assure me are worthy of breathless praise in their own right. After that food coma wears off, you can burn off the extra cals (well, some of them anyway) at a free moonlight bike ride through Prospect Park starting at 9pm and organized by Time’s Up.

The Grand Prospect Hall is honoring everyone’s favorite brunch libation on Sunday at the fourth annual Brooklyn Bloody Mary Fest, which runs from 1-4pm. You’ll be able to sample 10 of the best, most innovative tomato/horseradish/vodka concoctions in King’s County, including entries from Skylark, Insa, Lobster Joint, and more, as well as brunch sandwiches from Gnarly Eats, coffee, bacon, and lots more snacks from local sponsors. Unsurprisingly, general admission tickets to this event are sold out, but there are some $84 VIP tickets remaining. Starting at 6pm, Big Irv’s art gallery will be hosting its annual “thoroughly secular, entirely treif and absolutely blasphemous” potluck Passover seder, welcome to all who rsvp by this Friday. And across town, join Amnesty Brooklyn at Brooklyn Borough Hall for a sundown candlelight vigil to protest Trump’s xenophobic travel ban. 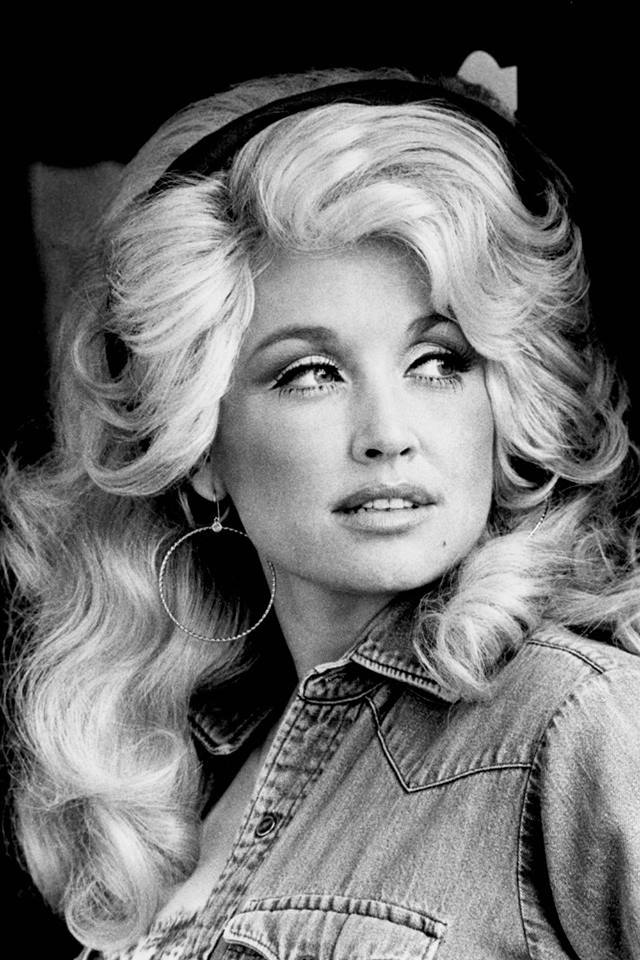 On Monday night, C’mon Everybody is hosting an evening-long tribute to the one and only Dolly Parton starting at 8pm. Tickets are $8 apiece and will include tons of cover acts that will showcase the Tennessee songbird’s entire oeuvre. Alternatively, Littlefield’s long-running Monday night comedy show, Night Train, is back at 8pm with Yannis Pappis, Megan Gailey, Pat Brown, and others who will give you a good laugh to start off the workweek. Tickets are just $5 if you buy them in advance. 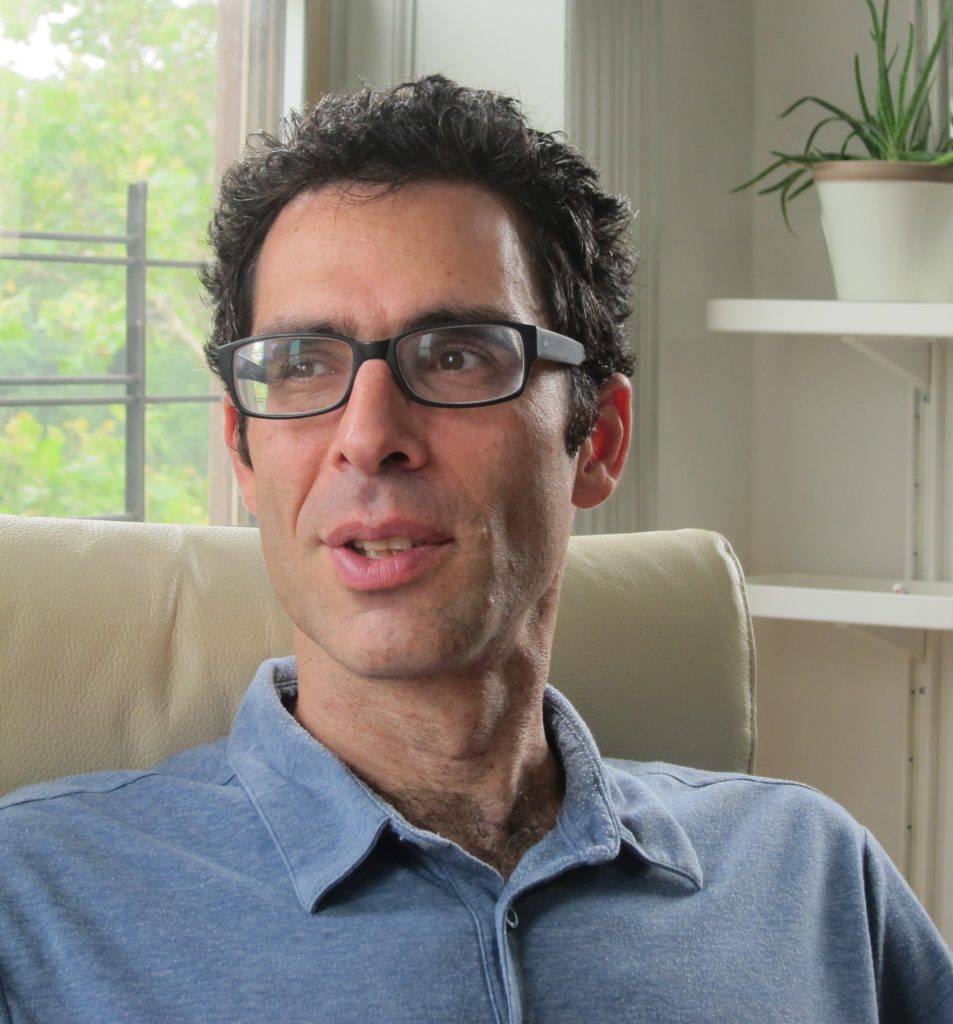 Perhaps you have been thinking about how you can avoid funding the unmitigated disaster that is the Trump administration, but are unsure how to do that without ending up in the debtors’ prison that is probably one of the next items on his agenda. To learn how to withhold your federal taxes legally, head to Pete’s Candy Store on Tuesday night for a free talk on Tax Resistance by practitioner Andrew Newman from 7-9pm. If you feel strongly that your hard-earned cash should be funding Planned Parenthood and not more nukes or a half-baked border wall, it might be time to put your money where your mouth is, and this seems like a good start to figuring out exactly how to do that. For more on tax resistance strategies, check out the latest Action Trumps Hate. 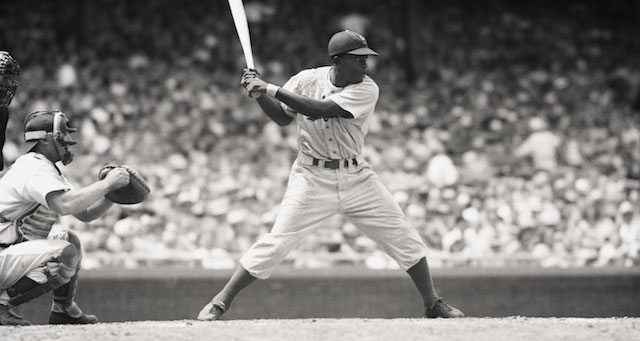 Did you know that April 15 marks the 70th anniversary of the day that Jackie Robinson first donned a Brooklyn Dodgers jersey and forever changed baseball and the national dialogue on race relations? On Wednesday at 6:30pm, the Brooklyn Historical Society will host a free screening of part one of Ken Burns’ documentary exploring Robinson’s life, career, and indelible legacy (part two will be shown the following Wednesday at the same time). Sarah Burns and David McMahon, who co-directed, produced and wrote the film, will be on hand to talk about their experiences and the enduring influence of a truly inspiring American. You can reserve a free ticket by registering here.