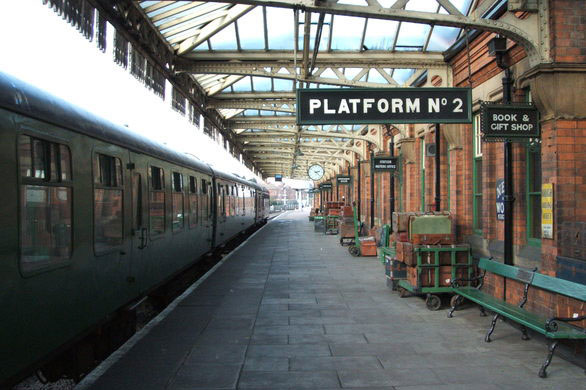 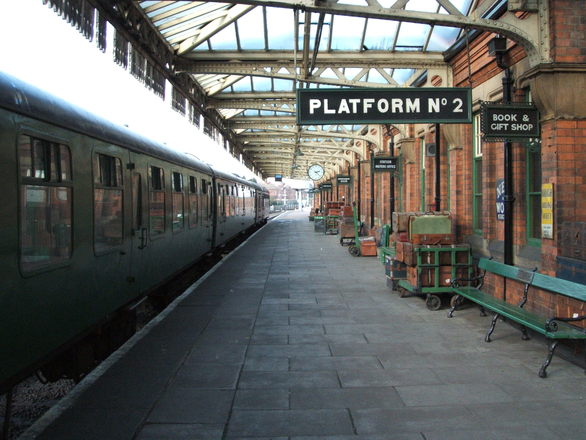 The Lobster Shift is a monthly column by Kenneth R. Rosen that explores the city and its inhabitants in the hours between dusk and dawn.

How often do we pass a place and remember someone from our history? It’s a curious bit of personal tradition for me to swing through Philadelphia and think of Shannon; Washington, D.C., to bow myself against the memory of Amy; Miami resonates with Evan; in Delaware I think of my lost friend Hilary; Trenton is for Dakota; Charleston is for Hannah; and Savannah is for Georgia, a girl named for the state I once called home.

Here I find myself between them again, traveling on a train with stops along the northeastern corridor, a place scattered with memories.

This corridor and these women stay connected in my mind; the electric charge that once existed between us persists against the erosion of time on memory. And on a 10:10pm northbound Amtrak late last winter, after a weary month of traveling with stops in D.C. and Richmond, the Carolinas and New Jersey, I realized that some places remain shallow reliefs of the people with whom you experienced them.

When passing through the underskirt of the beltway, into the overture of Union Station, I hope that Amy won’t see me. I imagine her standing there (in my vision there are steam engines and she is in a red velvet hat, holding a purse in her white lace-clad hands) waiting to embrace a man who is not me. The thought is torture, despite, or maybe because of, the fact that Amy only lives now in memories, and projections like these. Yet I imagine this scenario against memories of the times we spent in the Capitol in speakeasies or coffee shops. The time she wanted a tour of the Library of Congress, pointed to the main reading room, said “I wish we could go in there,” and so I dragged her away from the tour and down marble stairs into the basement of bland concrete and air-conditioned thrumming and found a lady at a desk and told this lady that I was a journalist and wanted a card for the reading room and she directed us to another room where we filled out short forms and in similar order were presented with special ID cards. I carry it in my wallet even though it expired years ago.

When pulling into Wilmington, Delaware, I think of the station in Savannah, Georgia–both are home to red brick structures, buttressing the tracks. There are small arches at the top of the entryways. I cannot be mad at the city of Wilmington because I have never arrived and left with a bad ache, no impressions of a woman lost then suddenly and forever bound to geography as I have in these other places. It’s simply an Amtrak corridor doppelganger for Savannah, where I met a girl actually named Georgia and never heard from her again—the way juvenile love sometimes has to be for us to get it right later. Like Hannah in Charleston, South Carolina, who I know was crazy, but in an unwavering intoxication of erotic, sub-primal ways, something necessary and in that way extraordinary. The South is also wholly tainted by Amy, whom I met in Savannah, with whom I traveled through the cities of Atlanta and Miami, and whose memory and body settled less than 200 miles from where I live now, where I am currently headed, in Brooklyn.

The South isn’t completely torn down; the history of my relationships are no Sherman’s March. I try to remember that there are memories that are bittersweet that ended where they should have, not a second too soon, not a second too late, which, it seems now, is really where scorched earth comes from–having let something spoil or failing to let it grow. And so I think of Evan and the time we spent sitting on a Miami rooftop watching the sunrise and sunset without moving. I wrote her a letter after I left her at the airport. In it, I begged her not to go.

Moving farther north, it seemed to me that I always shuddered at the site of the Philadelphia skyline, its permanent mask of neon blue, its nefarious opulence that really isn’t, seen only from afar. Closer inspection reveals a small memory snagged at Center City. Nothing about the physicality of the city has ever worried me, and I have good memories of the last time I was there with Shannon. We had shots at an Irish pub, and cigars inside a smokey lounge. We held hands against the whiplash winter gusts and cried in each other’s arms. We smiled and took a photo. In three years of knowing each other, it was the first and last photo we had ever taken.

But I find that these memories—while they surface at night in the darkened space between rows of an Amtrak quiet car, the space abuzz with those who seem unaware of the signs hushing them—wholly replaceable if I ever got the courage to step off the itinerary and once more till the lands I have scorched. Campfires do smolder long after they have been snuffed. It is not inconceivable to think the same thing goes for memories.

It is warm and then hot and then stifling inside this quiet car. The conductor said he’d have a crew fix the A/C in Philly, after which it began slowly churning out colder and colder air. Which in a way is the point of this story. Soon it would become unbearably cold, rather than too hot, and I’d forget my sweat in place of chills. What pricked the skin most? The beads of perspiration or stippled goosebumps? Something about time and its effects on misery.

We pulled into Trenton and I thought of Dakota. But really, what was it that I remembered? Nothing more than a single night, a flickering doubt: What if we’d stayed together? I could now surmise that I would still be working as a motorcycle mechanic somewhere, drinking Coors Light after work, haggling with friends over who owed me money from a poker tournament or a ball game bet.

At Pennsylvania Station, I experience no flickerings of distress or worry. It’s simple. I alight onto the platform into the city and it is nearly 2am. Someone approaches, asks for directions within minutes of me appearing in the station. It’s a Saturday night and I will be accosted seven more times on my way home, people spitting and pissing and laughing and making moves, always shaking. The constant flux and shifting leaves little to be remembered but the present. How anyone got there is irrelevant. They are there and the night is young.

But here I arrive to someplace new. Stepping off the train has led me to a familiar place, though one marked by new impressions. How will I choose to remember this street corner? By day or by night, by years past or today?

Here my past memories of Williamsburg converge with its current iteration. Things here are too implacable, ever-excitable and never settled. It is why I have in my life associated Williamsburg with many different feelings. As a child it was a dangerous place I would not go. As a teenager, it was the place from which the bridge and tunnel crowd came. As a young man, it was home to hipsters and tourism histrionics. But now, I associate it with a kindly butcher, a fervent fish monger, an easy commute, a plaintive respite within view of the Manhattan skyline. On my little corner of Williamsburg, a quiet point of convergence for all this travel I will and forever make, I settled into an apartment with a girl. We met two years ago and, for however long we stay, this Brooklyn will be ours.