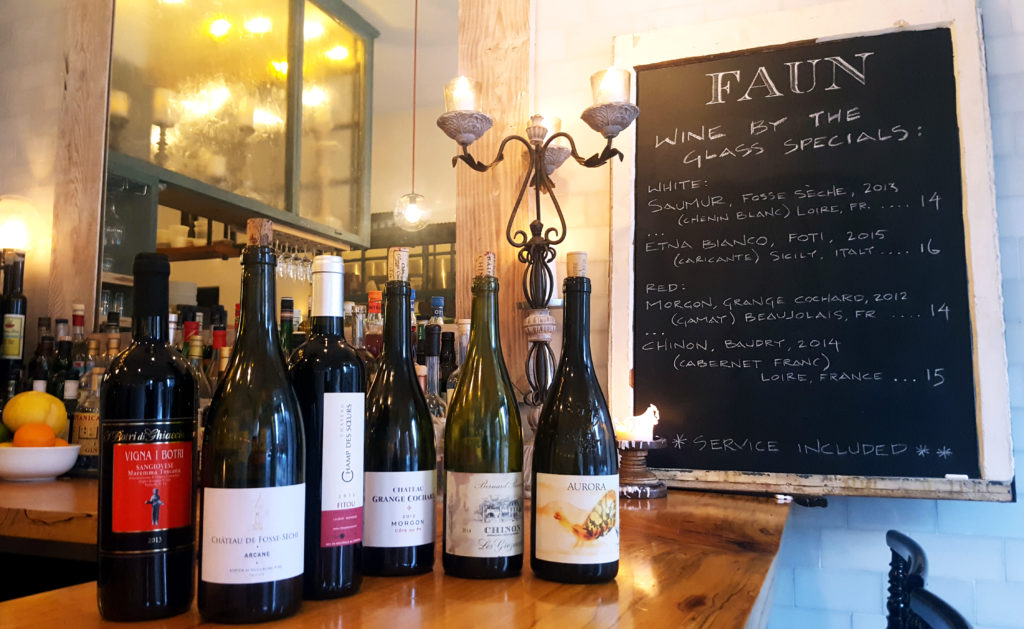 If you’re a wine drinker then you’ve probably heard some bottles described as “natural wines.” On menus around town from casual pizza spots to special occasion restaurants, natural wines have become wine directors’ darlings, as well as favorites with diners. Here’s what you need to know.

But what is natural wine?

It’s debatable, really. In the past 10 years, just what is natural wine has been a heated topic in certain circles. We like what Eric Asimov, The New York Times wine writer, has to say about it: “I have always considered the lack of a definition of natural wine to be a great strength … It’s an ideal, rather than a set of rules.”

Those underlying ideals include making wine with as little intervention from the winemakers as possible. That means limiting the addition of preservatives (sulfur) and flavors, and allowing each harvest–which, as with all crops, changes from year to year based on any number of factors–to sing its own tune. Many big name wines, whether you’re talking Yellow Tail or Veuve Clicquot, are made to be consistent year to year. Each bottle tastes the same. Natural wine vintages can vary wildly, and that is considered a desirable reflection of the growing season.

Natural winemakers also let the naturally-occurring yeasts act as the agents of fermentation, rather than adding other yeasts.

“You can’t be a natural winemaker if you’re using cultivated yeasts,” said Mike Fadem, co-owner of Ops in Bushwick, which pours from a constantly rotating list of natural wines. “If you’re letting it happen on its own naturally people are afraid it’s less control, or you’re less likely to get the exact same thing every year.”

But not knowing exactly what you’re going to get is part of the excitement, he added.

More conventional winemakers stick with one yeast that is predictable, said David Stockwell co-owner of the restaurant Faun in Prospect Heights. It’s like making bread, he said.

“Once a bread maker finds a yeast they will keep a starter on hand. The yeast will go a long way to developing a flavor profile of the wine,” he said. “With natural wine you’re rolling the dice a little bit.”

Many natural winemakers also farm their grapes organically, without pesticides, though many do not seek official organic certification. Some take it a step further and follow biodynamic farming practices, which, among other methods, syncs planting and harvesting with moon cycles.

“It’s a product that’s unpredictable and alive and like anything, it comes with a risk that something won’t work as well but when it does work it’s always this amazing ‘Aha! This thing really came together and it worked,’” said Stockwell.

He calls natural wine (a major component of the restaurant’s bar program), “handcrafted.”

“It goes along with our whole idea, the Faun, this wild being operating in this external world outside of the structure,” he said. “[It’s] a little bit hedonistic and unpredictable.” 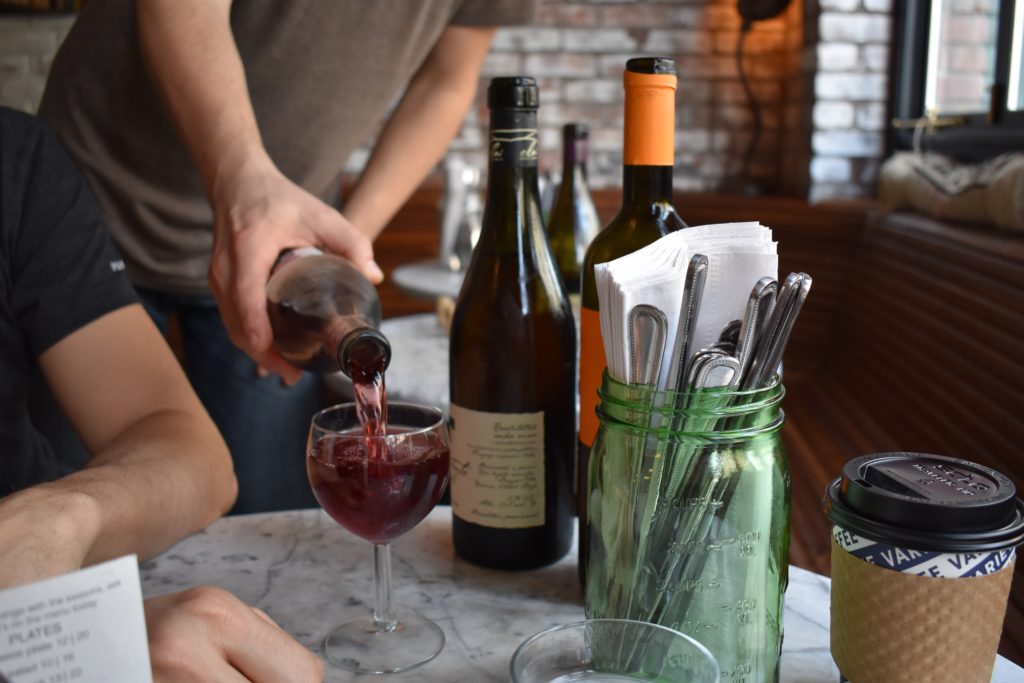 A word you often hear thrown around to describe natural wines is “funky,” and that’s because there is something intrinsically wild about the winemaking process when you strip away a lot of the post-production. But Fadem says it’s a bit of a misnomer.

“There are definitely wines that are funky and intentionally funky tasting and there’s a lot that aren’t … People expect them to be funky tasting … but there are so many that are not funky at all. It’s actually, we like, try to find funky wine because people request it!”

At Faun, the wine list was designed to feature “balanced” bottles, said Stockwell.

“We’re not going overboard with the unctuous barnyardy stuff here. The ones we’ve got we think are just great pairings with the food we’re doing,” he said.

Most natural winemakers are at their core, farmers. In many conventional vineyards, the people caring for the vines are not the same people making the wine. In the same way that menus often identify the farms their ingredients came from, natural wine is a way of connecting to agriculture.

“It’s an ethos thing. It has to do with the same way we buy or vegetables and dairy and grain,” said Fadem. “It’s all from people who produce on a small scale and aren’t looking to be industrial or rich. They just believe in what they do, we really believe in what we do and putting this all together really makes sense.”

“And beyond the ethos they also taste really good,” he added.

Also like with food, knowing the backstory of a bottle–perhaps about the people who made it, or the region it’s grown in–also brings people closer to the product.

“Giving that story to people will definitely affect them and they’ll actually be thinking more about it instead of just drinking it,” said Fadem. “People are aware and care about that stuff in a more intense way.”

“I would like to think they’re getting interested because they’re becoming more and more engaged intellectually,” he said. “They’re thinking of dining as more than just consumption and [more about] becoming part of this kind of living thing. A movement. You’re supporting an industry that you believe in.”

And the intensity is growing, resulting in more and more establishments stocking bottles from natural winemakers.

“I keep seeing more and more good wine places and people drinking more and more wine and it’s even out here [Bushwick],” said Fadem. “One of our favorite spots is hi, hello and it’s this bar with burgers and sandwiches and they have all this amazing wine and it’s like a super chill, whatever, no frills place and they just happen to be doing everything the right way and that’s awesome.”

In addition to these restaurants, there’s also an app called Raisin that can help you find natural wine in stores and on menus, and can tell you more about individual bottles and producers.