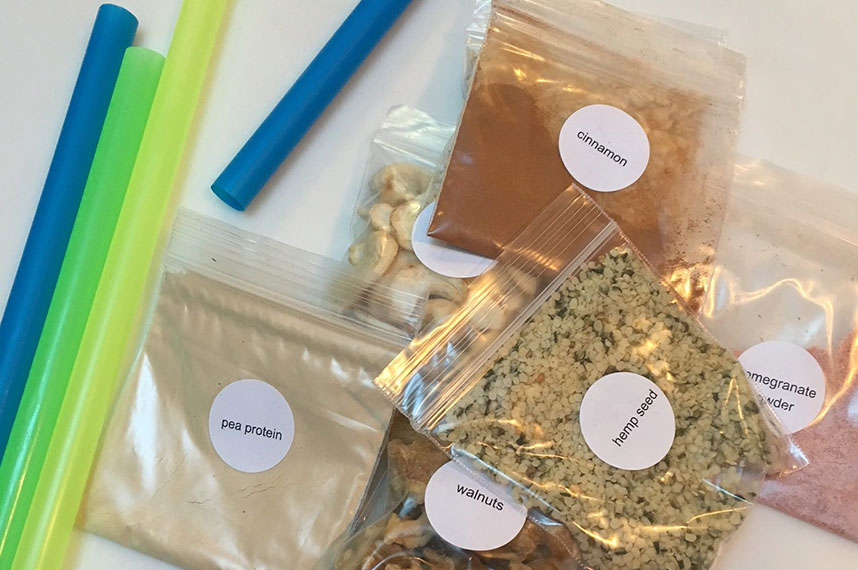 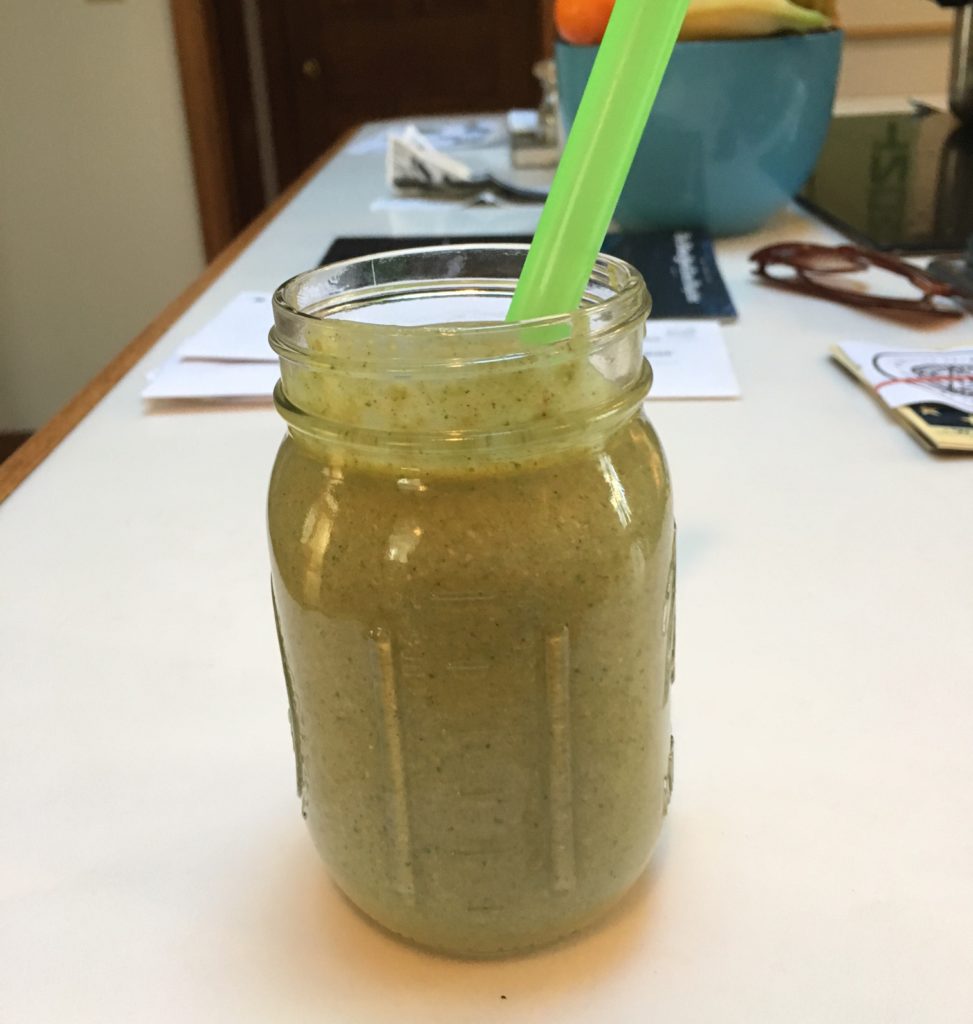 Last week the internet enjoyed a rare moment of harmony as it gathered together to mock Juicero, the high tech juice company that raised $120 million to hawk $400, wifi-enabled juicers. A meticulously reported Bloomberg story and accompanying video demonstrated that despite its boasts of aircraft-grade aluminum and four tons of pressing power, it was possible to squeeze Juicero juice packs–which you cannot buy without first purchasing the juicer, called The Press–by hand, to pretty much the same effect.

A tech writer friend and I have had an ongoing joke about Juicero since this gushing New York Times profile of founder Doug Evans came out last year, the punchline being, if you’re a certain type of white guy (read: unconventional, but rich, with a charming if slightly sociopathic personality), you can get Silicon Valley dollars like you have an ATM card, no matter how dumb your idea is.

But here’s the rub–I like drinking juice or smoothies for breakfast, and most juicers really are a pain to clean and I get annoyed by my own lack of creativity when it comes to my smoothie game. Surely there must be some kind of juice interruption that actually delivers, without having to purchase a $400 lie.

There is and the company started in Brooklyn, of course.

Greenblender, to use a tired, but useful formulation, is Blue Apron for smoothies. For $49 a week (less if you commit to several months at a time) you get recipes and ingredients for five different smoothies, two servings of each. You just pop them in a blender and voila, breakfast in about five minutes. Technically these are smoothies–no pulp or fiber is removed, it’s all blended all in there, but they’re much more fruit and vegetable foward than your standard smoothie, which is really a milkshake in disguise. Think of Greenblender concoctions more like super juice. You could not squeeze these ingredients with your bare hands and get a drink from your efforts. 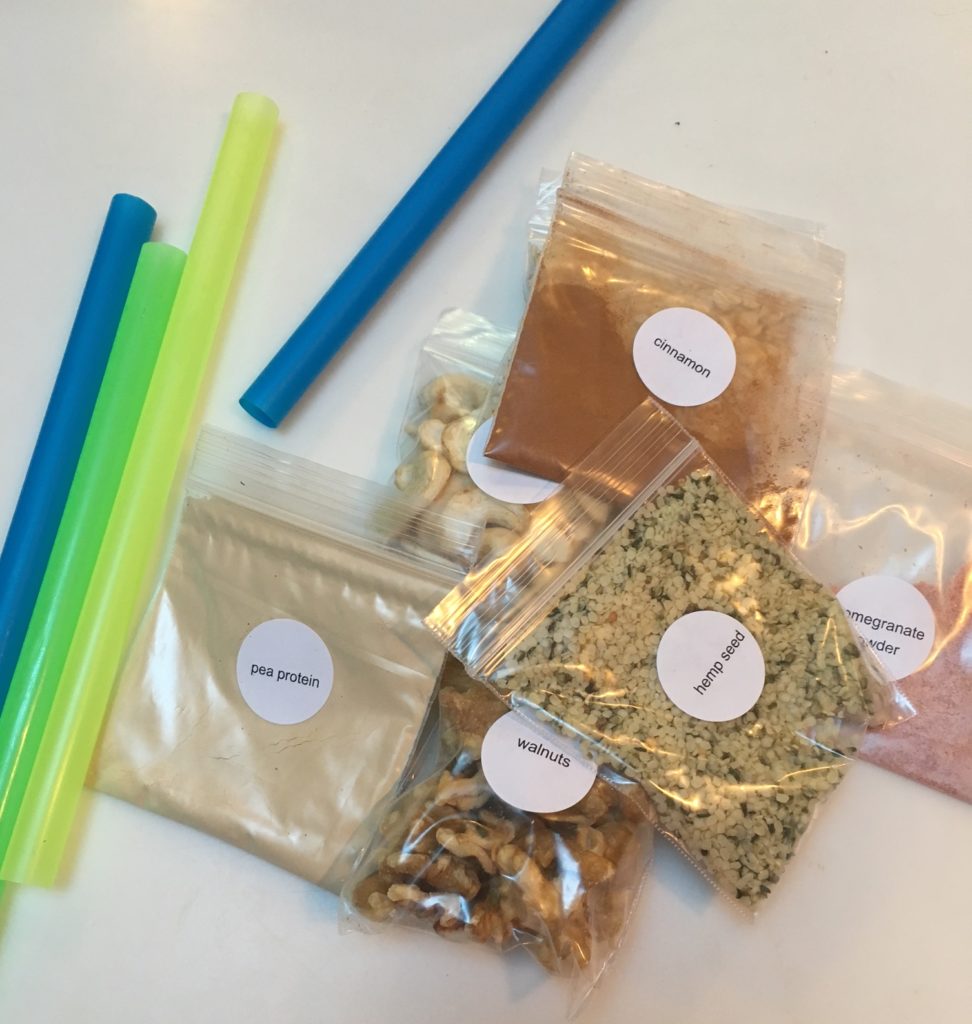 Jenna Tanenbaum started Greenblender out of her Prospect Heights apartment after buying a Vitamix on craigslist, and going smoothie nuts. It’s her belief that “when whole foods are available, most people will eat them,” she told me over the phone. She recognizes that when you’re busy, and also trying to eat well, there’s a time and organization crunch that makes going to the farmer’s market and the store, getting your ingredients, planning what to make, then preparing and cleaning up after each meal feel overwhelming. “When it becomes too much we start to think, ‘I may just as well order in,’ or ‘I’ll just have a croissant and coffee on my the way out door,'” she says.

Greenblender recipes never contain dairy, are low in sugar, and filled with superfoods in combinations I would never think to try. Tanenbaum is a true fruit and vegetable nut, and her enthusiasm shines through in the ever-changing line-up of smoothies they send out (more than 700 recipes to date).

“I’ve been known to go on long rants about how much I love zucchini,” she says. “Right now I’m crazy for kumquats, they’re a great example of something new and cool I get to send to people. They’re like a lemon and and orange together and you don’t have to peel them. Using citrus in general is a great tip if you’re watching your sugar intake–a squeeze of lemon or lime and you’ll trick yourself into thinking it’s sweeter. Citrus cuts green flavors in vegetable-based smoothies.”

I tried a Greenblender box, which included ingredients for a recipe called Kumquat Tart, including swiss chard, a pear, pineapple, kumquats and hemp seeds. It was delicious. Every recipe gave me an idea for how to make better smoothies (add a few tablespoons of nuts for protein, use spices like cinnamon and herbs like mint to add flavor, don’t be afraid of what Tanenbaum calls “healthy filler” like zucchini). My one caveat is that most recipes include some fairly fibrous raw veggies, like beets, collard greens and tomatillos, so you really need to have a good blender to make these smoothies smooth and not chunky. Oh, and you get big colorful straws to drink them with.

With distribution centers in Long Island City, Queens, Dallas and Los Angeles, Greenblender is available nationwide. If you’ve already got a decent blender, and buddy at home to share each smoothie with (as a rule, smoothies do not age well), $50 for 10 organic, high fiber, low sugar, pre-prepped breakfasts is not a bad deal. It’s also refreshing for the focus to be on the produce, rather than the tech.

“I’m excited for people to get excited over a kumquat,” says Tanenbaum. “I get to send tons and tons of zucchini to people each week. We’re really helping people connect with the food they’re eating.”