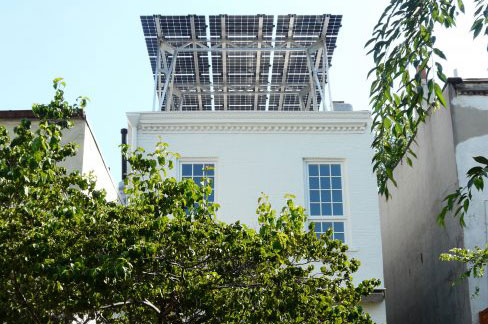 April showers are supposed to bring May flowers, right? With climate change, random 90-degree days in April, freak snow storms in March, I don’t know what that means for horticulture, but I can tell you that the month ahead is looking pretty solid for plain old culture, particularly as public art season in New York City springs into full bloom. Here are 10 movies, exhibits and events to check out this month. Admittedly, it’s a little book-heavy, but you know, reading, it’s awesome. 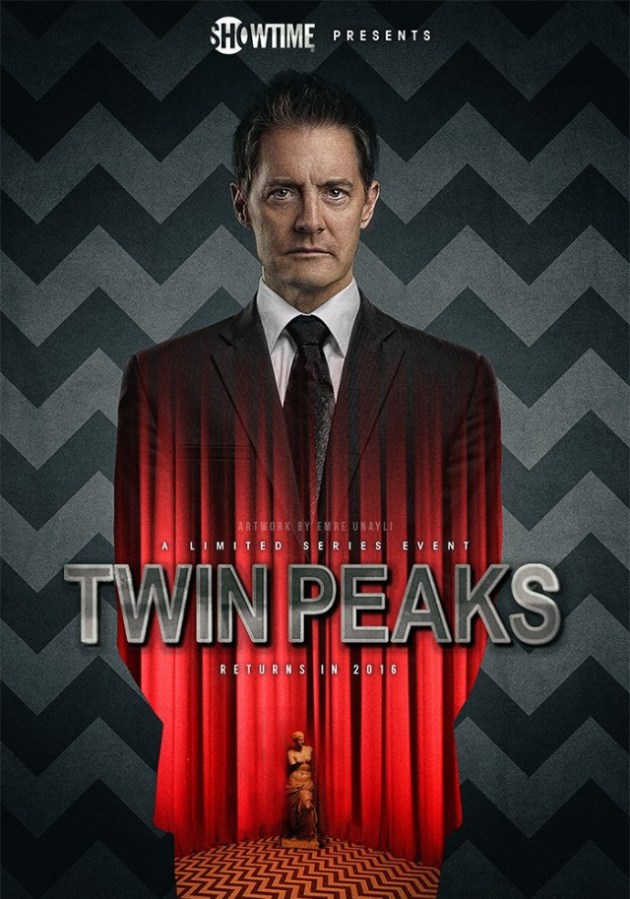 It is happening again. I’m curious to know if this new iteration of Twin Peaks will win any new fans, or if the same folks who were baking cherry pies and brewing pots of coffee for viewing parties back in the early 90s are the primary audience here. The series was so far ahead of its time when it debuted in 1990, but if you take the first season and re-pace it in your mind into a now-typical 10- or 12-episode arc, it’s a perfect fit. Television has finally caught up to David Lynch, let’s see what he does with it. 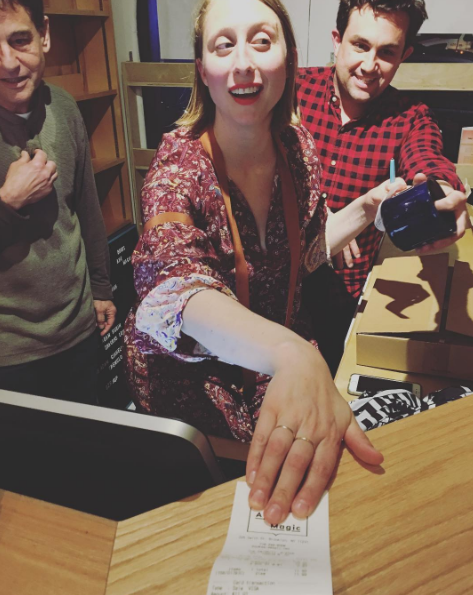 Emma Straub practices her bookselling skills at Books Are Magic. @BooksAreMagicbk via instagram

When Emma Straub, author of The Vacationers  and Modern Lovers, among other novels, heard that Bookcourt, her neighborhood bookstore where she has once worked and where she celebrated the launch of each one of her books, was closing she decided to do something about it. On May 1 she and her husband Michael Fusco-Straub will open Books Are Magic on Smith Street. Another indie bookshop, another place to celebrate the written word, we count this as a huge win for Brooklyn. 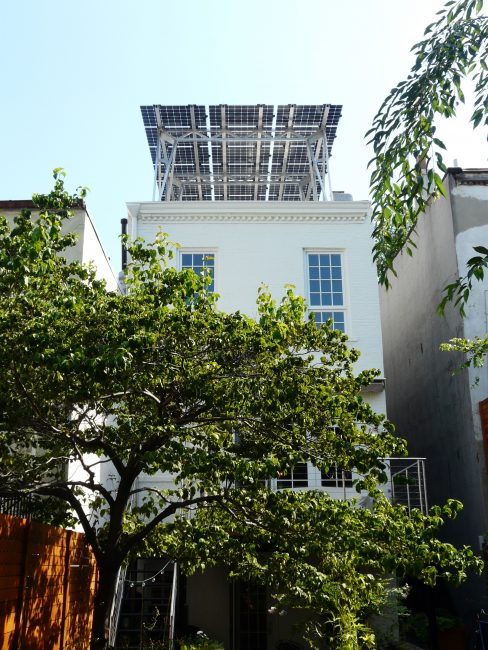 Brooklyn Solar Works will be at BKLYN Designs.

Head to the Brooklyn Expo Center in Greenpoint to check out everything from Brooklyn-made textiles, industrial design, solar projects, innovative play spaces, jewelry, furniture and green building materials of all kinds. BKLYN Designs is part of NYCxDesign, a citywide celebration of the many varieties of designers and makers in New York. Tickets to BKLYN Designs are $15, and the show is family friendly, with several kid-specific installations and there are talks and workshops to sign up for all weekend long. 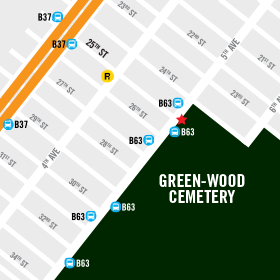 Creative Time is a public art organization that stages all kinds of interactive performances around the city, including last summer’s pigeon phenomenon in the Navy Yard, Fly By Night. Starting this weekend, French artist Sophie Calle will install an obelisk of her design on Green-Wood Cemetery, with a slot that drops into a chamber below, where you may deposit a secret you’ve written on a piece of paper. For the first two days, Calle will be at Green-Wood, to personally accept your confessions; following that she has pledged to return periodically to cremate them in a ceremony of remembrance.

Aziz Ansari managed to talk about race, modern relationships and the tensions between second generation immigrants and their parents in season one of Master of None, without ever breaking pace or lapsing into crippling earnestness.  Always hilarious, and filled with people you’ve met at parties, the series captures life in New York in a way that feels fresh and real. Season one didn’t have a traditional season arc to pull you into binge watching, rather, I saved episodes as little gems to enjoy when John Oliver was on vacation or I needed to relax for a few minutes–we’ll see if season two changes that format.

May is a quite a month for movies. Guy Ritchie is trying his hand at the Arthurian legend, Johnny Depp apparently needed a cash infusion badly enough to do another Pirates of the Caribbean movie, and The Rock stars in the most ridiculous looking Baywatch reboot. My deep and abiding commitment to the Alien franchise, from the eerie perfection of the original, to Bill Paxton’s reluctant commando styles in the sequel, the deeply insanity of Alien Resurrection, to the self-administered alien abortion in Prometheus, means that Alien: Covenant is on the top of my May movies list, even without Noomi Rapace. Just look at Michael Fassbinder, bringing the British gravitas. Acting! 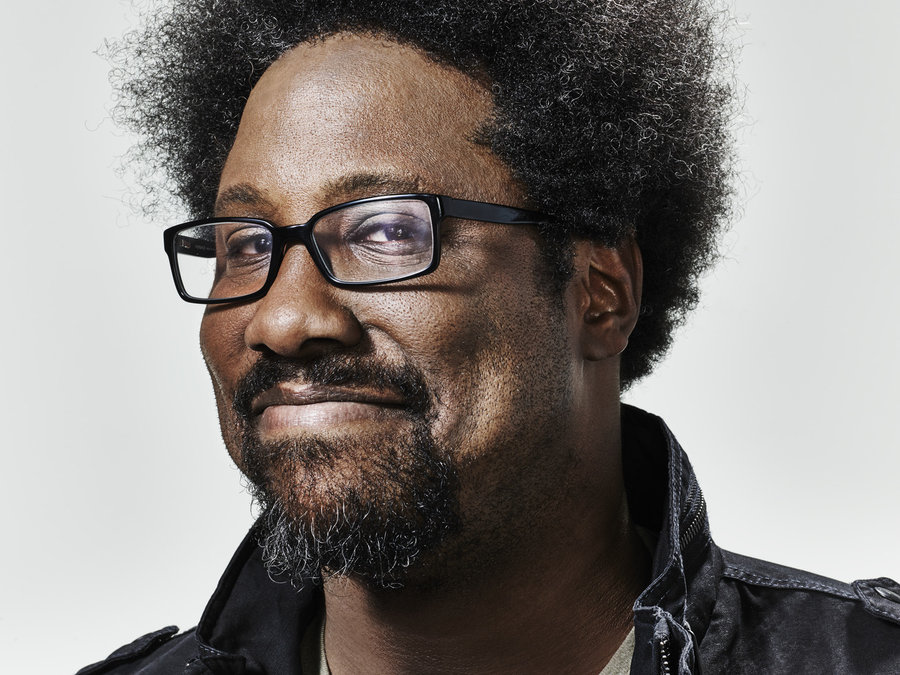 4. The Awkward Thoughts of W. Kamau Bell, May 2

W. Kamau Bell is a writer and comedian who grapples with race, gender, fatherhood and all the other modern topics that keep us animated at dinner parties and angry on Facebook these days. You may or may not believe that difficult topics are best discussed with humor, but Bell’s new book makes a strong case for this being true. Go to his book release party on May 2 at the Bell House and you’ll get a copy, plus see Bell in conversation with Chuck Klosterman, who also has a book out this month.

After the financial crisis of 2008 one U.S. bank faced criminal charges for mortgage fraud. No, it wasn’t Citibank. Not Lehman Brothers or Chase either. It was the family-owned Abacus Federal Savings Bank in Chinatown in New York City. This documentary, by Steve James, director of Hoop Dreams  and Life Itself, traces five years of legal battles for the Sung family, owners of Abacus.

2. Astrophysics for People in a Hurry, Neil DeGrasse Tyson, May 2

I’m often in a hurry. I also want to sound like I know enough about astrophysics to casually chat about the size of the universe at parties. And, I love pop science books–it’s a real skill to explain heavy lifting theories in easy breezy prose without losing the thread. If anyone can do this it’s America’s favorite scientist (okay, he may need to duke it out with Bill Nye for that title) Neil DeGrasse Tyson.

Earlier I mentioned that books are awesome. So are libraries. It’s amazing really, that we take for granted the fact that our society has deemed books to be so important that keep collections of them for all of us to borrow for free. It’s truly something to feel awe and gratitude for. Bike the Branches is a massive set of eight different rides ranging from 4 to 33 miles, touring various Brooklyn Public Library branches on two wheels. There are parties, events, workshops, bike deals and helmet giveaways, the ride only costs $20, less for families or teams, and it’s a great way to explore Brooklyn while raising funds for our library system.