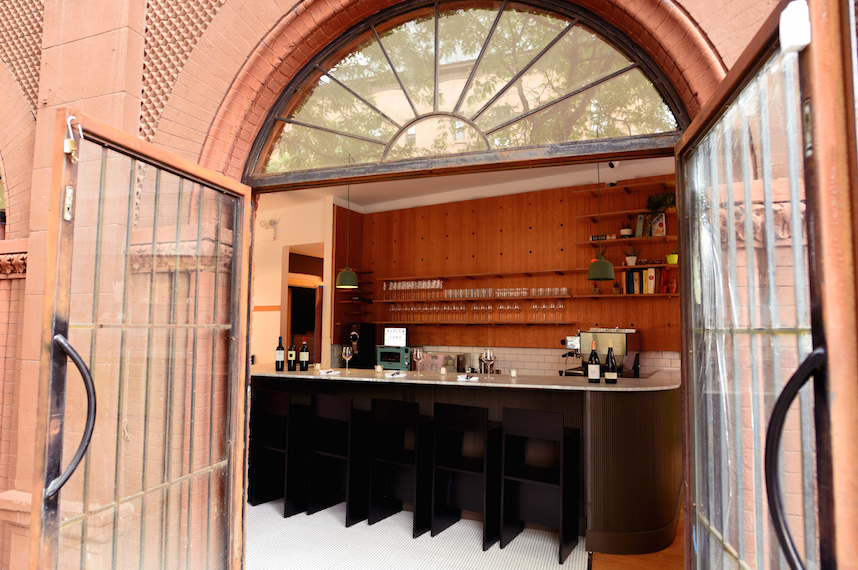 It used to be that bars and restaurants would wait until fall to launch. The summer was considered a slow season, a time when customers were less likely to show up at new spots, and while they might soft open to fine tune their menus and service, the grand opening wouldn’t take place until September.

In New York City, that’s no longer the case.

The reasons for the shift have to do with both customers and owners. Certainly a portion of the dining-out crowd, particularly for high-end restaurants, leaves the city for the summer and on weekends. The number of people interested in food and restaurants overall though, has grown, creating a larger pool of potential diners. Studies have shown that millennials, for example, spend much of their income on food and drinks, and food is a much greater part of our social and cultural conversation now that it was in the past. 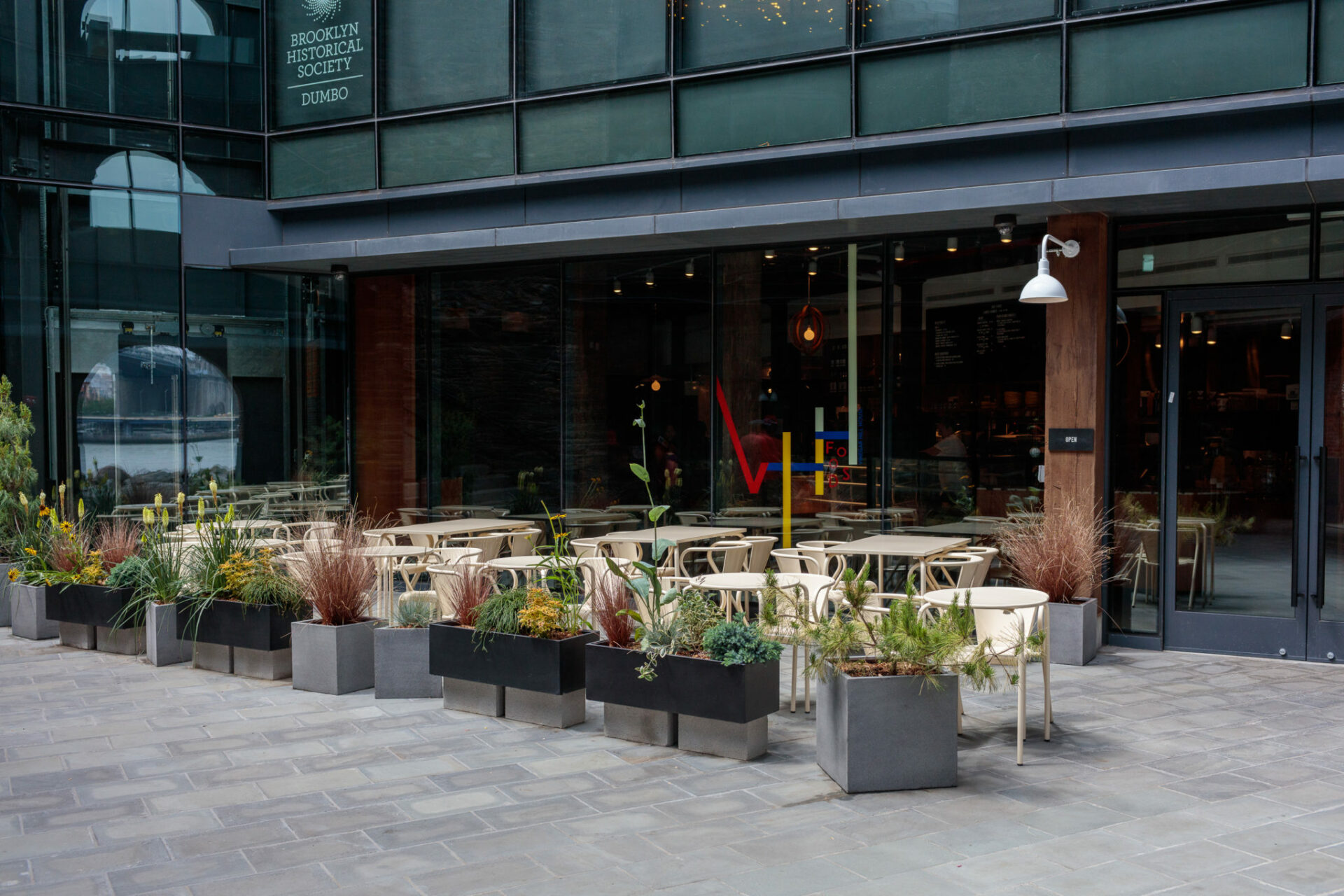 VHH Foods, from the folks behind Vinegar Hill House is just one of many exciting summer restaurant openings this year. Photo: Ingalls Photography

Jen LaPorta, co-owner of Hudson Jane, an all-day cafe that just opened in Fort Greene agrees “one-hundred percent” that we’re food obsessed to a degree that we haven’t been in the past.

“People love dining out now. Social media has really changed the way people dine out, too,” she says. “Coming to the new hot spot and posting images of where you ate and what you ate are like badges of honor now.”

More customers equals more business and the summer is no longer slow, at least not in Brooklyn. Since Memorial Day there have been more than eight major openings in the borough and more slated to open this month. 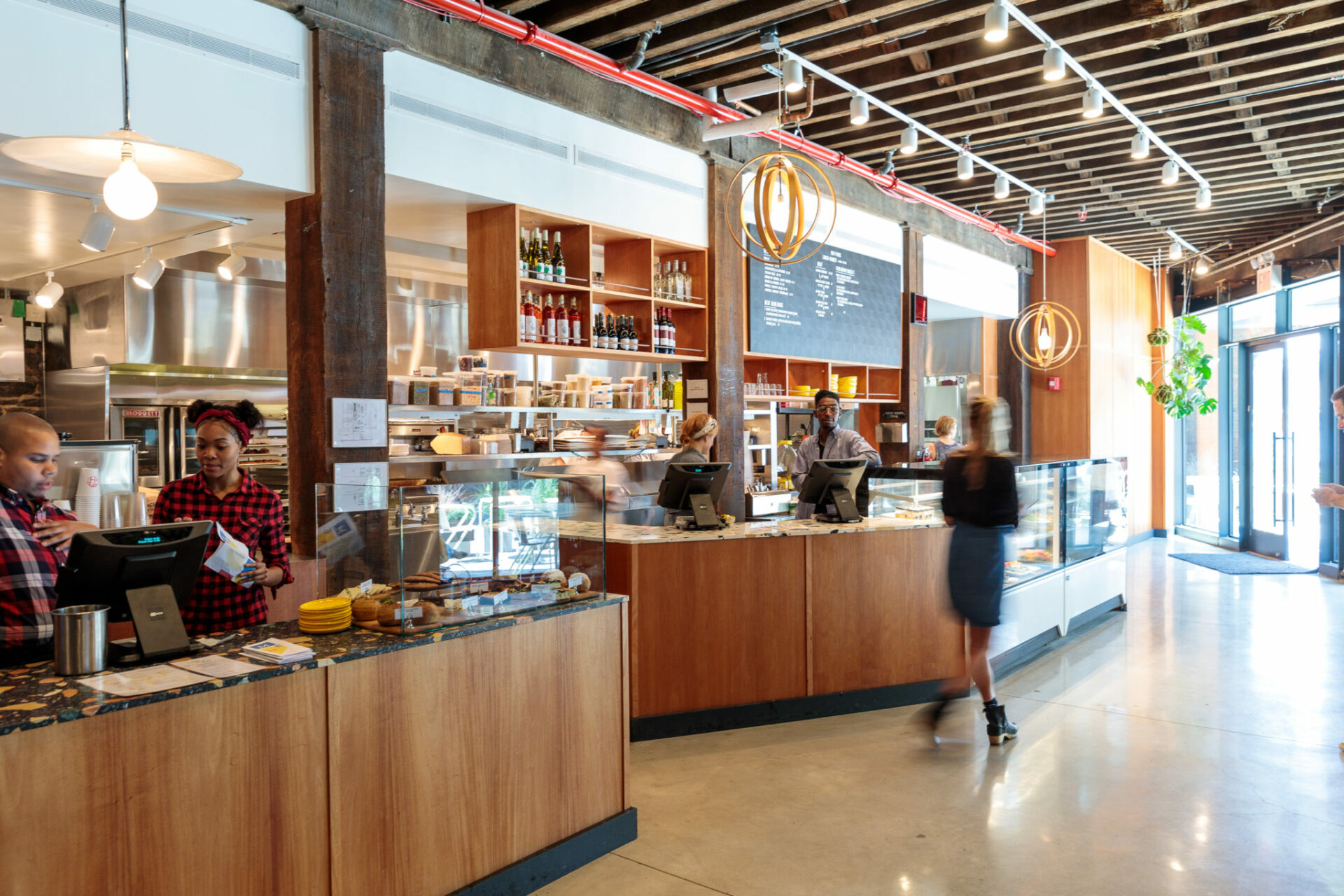 Inside VHH on the waterfront in DUMBO. Photo: Ingalls Photography

From the perspective of the restaurateur, opening a restaurant can be expensive business. From permits to bills, training staff, renovations and much more, if you’re ready to open, it often doesn’t make financial sense to hold off for any reason.

LaPorta says she opened Hudson Jane with her business and life partner chef Megan Johnson because they thought the community needed it, and because they wanted to serve the people they care about, in the neighborhood where they live.

“First and foremost, we are a neighborhood place. Our intention is to really service this community and create a gathering spot for people who live and work in this neighborhood … New Yorkers still dine out in the summer and they want a nice place to sit and eat,” she says. “I believe that if you offer a nice atmosphere and excellent service, people notice that and will continue to come back for more of that, no matter what time of year it is.”

Of course, opening during the summer season is strategic for certain locations and types of business. VHH Foods, the new fast casual, yet fine dining, establishment from Vinegar Hill House, opened just before the Fourth of July. Their location directly on the DUMBO waterfront in Brooklyn Bridge Park meant that summer would be a peak time for business.

“It was important for us to capture the full summer. It was our goal to open more in the spring. We knew summer would be the busiest time of year,” says Sam Buffa, co-owner of Vinegar Hill House and VHH Foods.

Pinched by high rents, Brooklyn residents may not be able to afford all the summer travel they desire, but dining out as a form of relaxation and entertainment remains within reach for many. “People are also willing to pay more for quality food now more than ever,” says LaPorta.

“In general, food culture is just more of a year round thing these days,” he says. “I think it’s shifting.”

Check out these new spots, all of which have opened this summer: