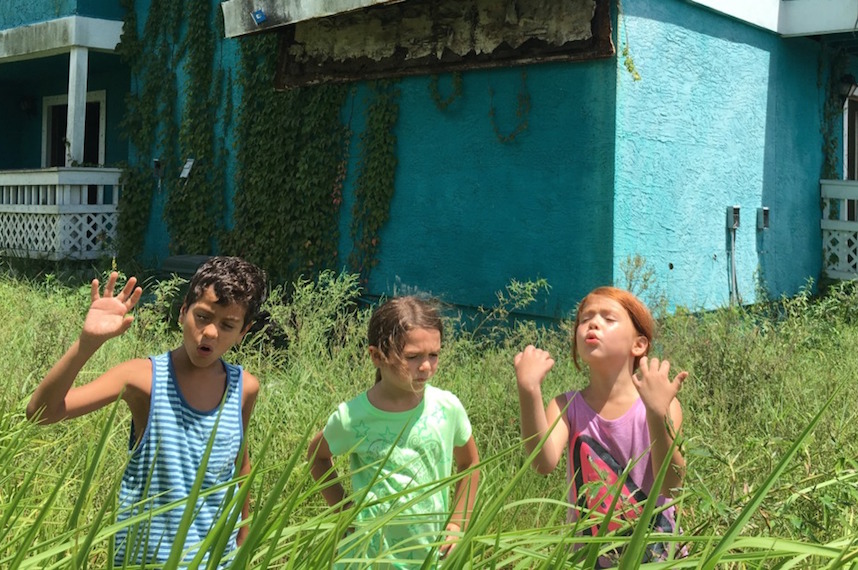 Here’s a dare for you. Try watching just the trailer for The Florida Project and keep from tearing up. Can’t do it, can you? Almost made it, but not quite?

Sean Baker, of Tangerine fame, returns with a gentler, tugs-at-your-heart-strings-the-whole-friggin-time sort of story for his second feature. It centers around the tenants of a motel outside Disney World, namely three six-year-olds who run around their kitschy Florida surroundings, licking ice cream cones and causing trouble. Willem Dafoe plays part motel owner, part surrogate father to the motels slew of semi-permanent guests.

The Florida Project premiered at Cannes earlier this year to rave reviews all around, from the movie’s breakout stars Brooklynn Prince and Bria Vinaite, to Baker’s exquisite filmmaking. If you were a fan of Tangerine (and probably American Honey, too) then you can’t miss this film.

The Florida Project opens at the Angelica  Film Center on October 5, 2017 ,