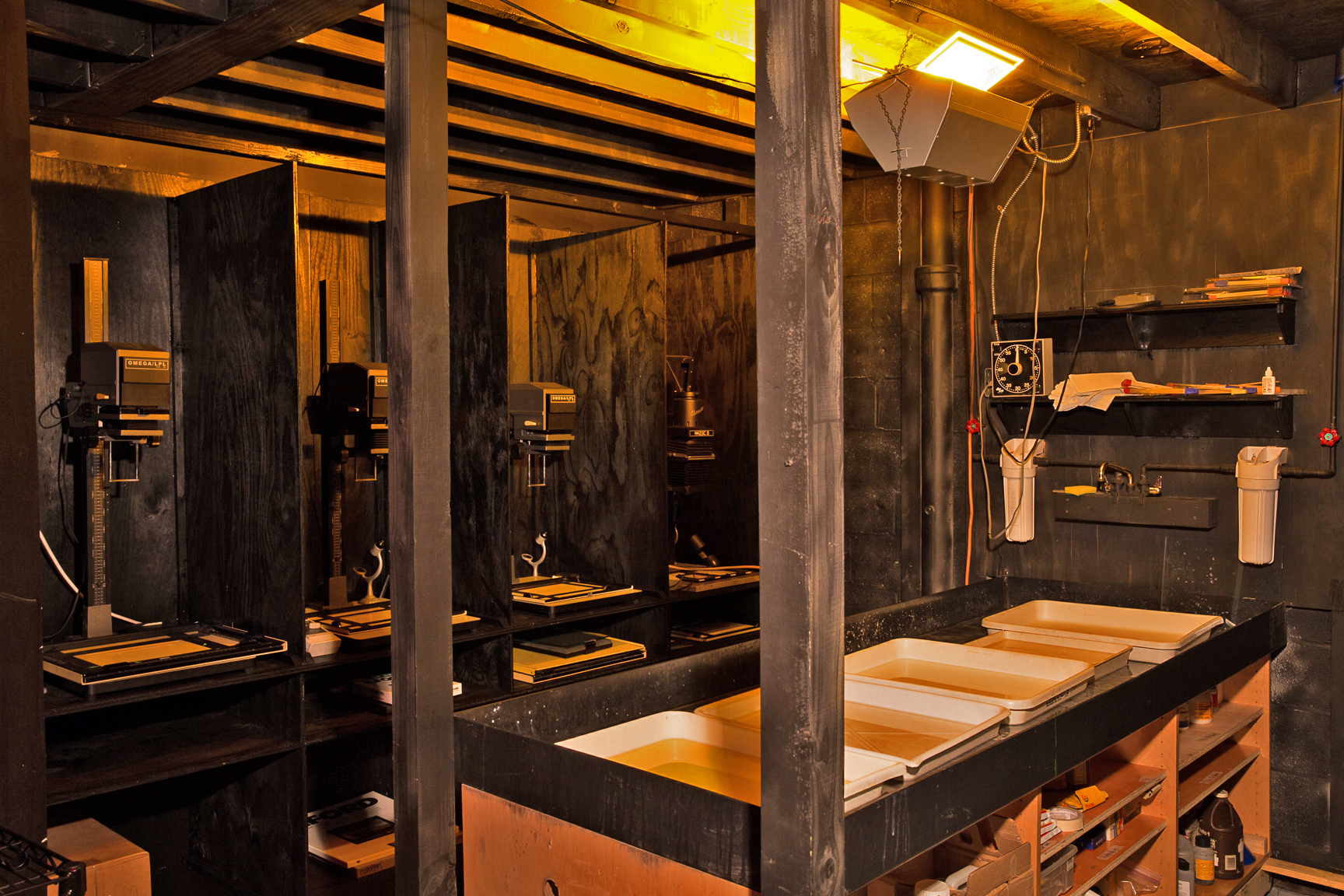 Despite what the #35mm and #filmisnotdead hashtags might lead you to believe, the film photography renaissance isn’t because of Instagram. In truth, even as film-processing labs continue to disappear from the city, there’s an ever-increasing amount of photographers who are choosing film over digital–or at least in addition to it. The Bushwick Community Darkroom is where they go to hone their craft and develop their work.

The darkroom’s journey from a single occupancy basement space to a 3,000-square-foot warehouse in Bushwick couldn’t have happened without founder Lucia Rollow. “I graduated from the School of Visual Arts with a BFA in photography, and a few months later found myself without access to a darkroom,” she says. Ever since she had started working in a darkroom as a preteen she had always had a place to develop and print her film, and although she spent some time looking into available options, Rollow couldn’t quite find the perfect place to print. 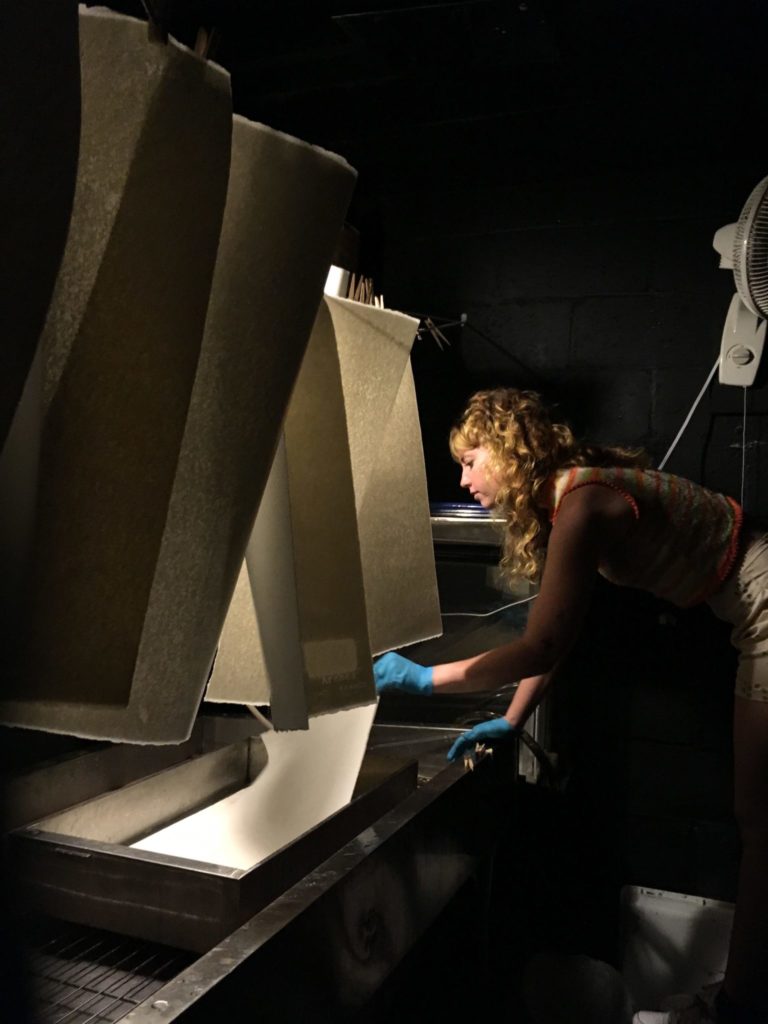 “I ran a Kickstarter to see if the idea of opening a makeshift darkroom in my basement was something people would be into, and we ended up reaching our goal,” she explained. That was back in 2011, and since then Rollow has seen demand grow enough to move into the warehouse where the darkroom now resides.

From professionals to first timers, the Bushwick Community Darkroom has a slice of programming for everyone. Novice photographers just looking to drop off some film can do so here, while committed film photographers can rent the space to print color, black and white, and even large format photos. “We’re basically your one-stop shop for all things analog developing and printing,” says Rollow.

BCD’s main draw, however, is its classes. In case you spent that one Intro to Film Photography course in college mostly making cyanotype sun prints and complaining about the fumes, BCD lets you have another go at this tedious, rewarding medium. They’ve got beginner and intermediate classes, including courses that let you get to know a camera top to bottom, print in color, and develop your critiques and projects. 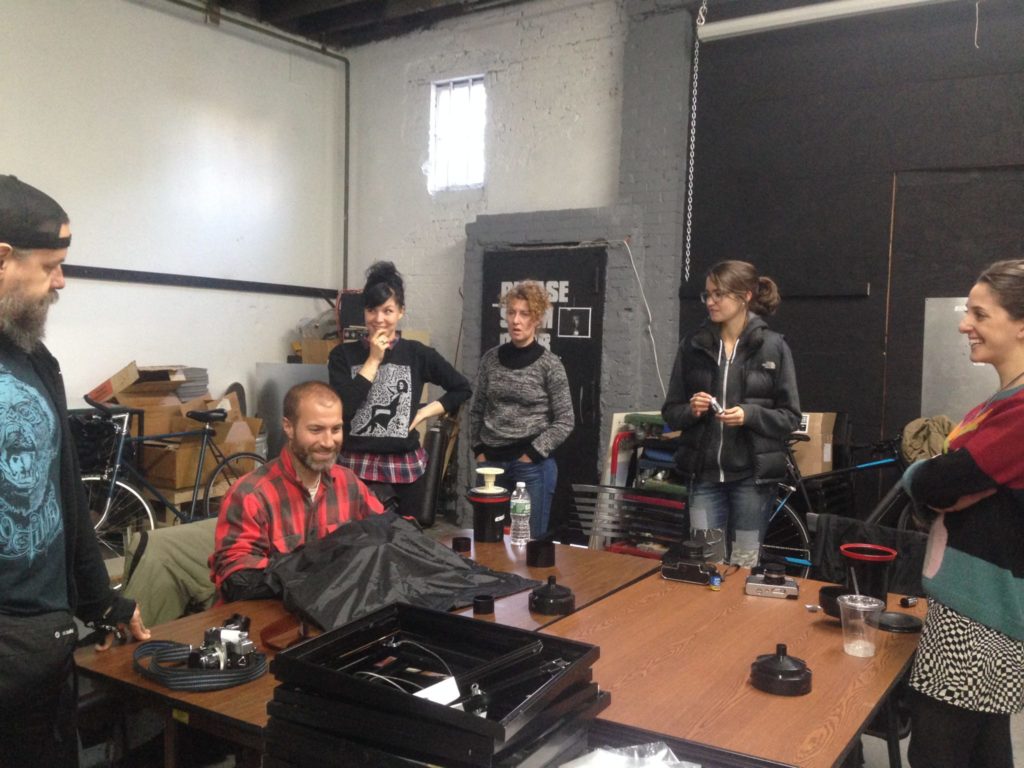 “I’m a complete novice, so I decided to take the Intro to Black and White Film Development class,” says Paunie Samreth, a Williamsburg resident who had heard of BCD from friends. “I was a little nervous but my teacher, Keith, explained everything in layperson’s terms. I just consider film photography the more romantic medium, given the extra effort and time it takes.”

Romance, yes, and with a little bit of science, too. “There’s a sense of unpredictability with film photography,” says Rollow. “It’s science, but it’s also real life; developing each roll and making each print is like doing an entire experiment over and over again.” Over the years BCD has become adept at fostering this kind of discourse around the culture of film photography, growing their community through Bring Your Own Photo shows, artist talks and workshops, and film screenings.

As DSLRs get update after update (after update) and the iPhone camera suddenly filters in bokeh like an absolute dream, it means a great deal for photographers to keep working at a craft that doesn’t produce perfect results at the mere touch of a button. Places like Bushwick Community Darkroom help make those efforts happen, giving film photographers the room, and the encouragement, to keep their medium alive.