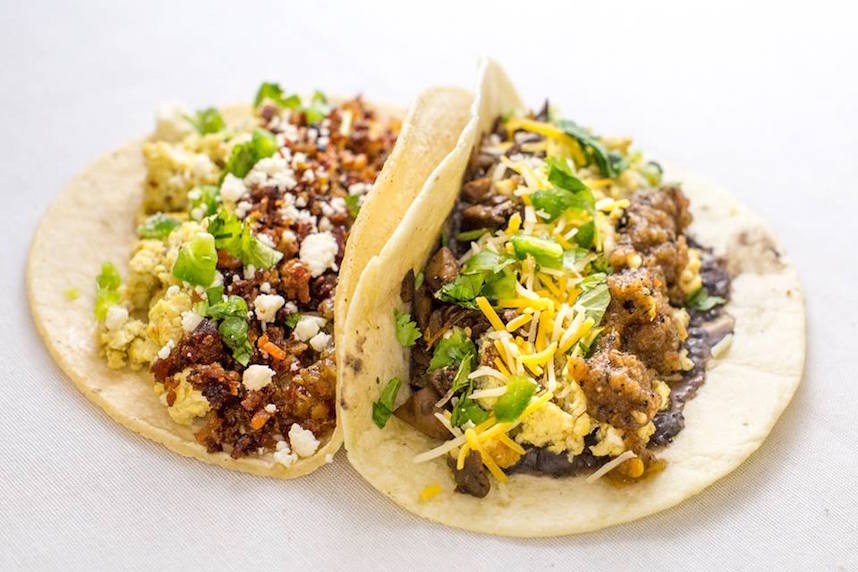 Jalapa Jar is just one of the many small food businesses in Brooklyn with big dreams. Their ambitions, though, extend beyond simply building a salsa empire. They want to change the way New Yorkers eat breakfast, and supplant the staid bagel with spicy breakfast tacos.

“We can’t knock the New York staple,” says owner Tommy Byrnes. “But we hope to convert New Yorkers from the bagel.”

Jalapa Jar’s new shop at 384 Schermerhorn Street, near Atlantic Terminal and the Barclays Center, opened on Oct. 2 and it’s the perfect location to turn commuters on to a breakfast with a lot more flavor than your standard issue everything bagel or bacon-egg-and-cheese. 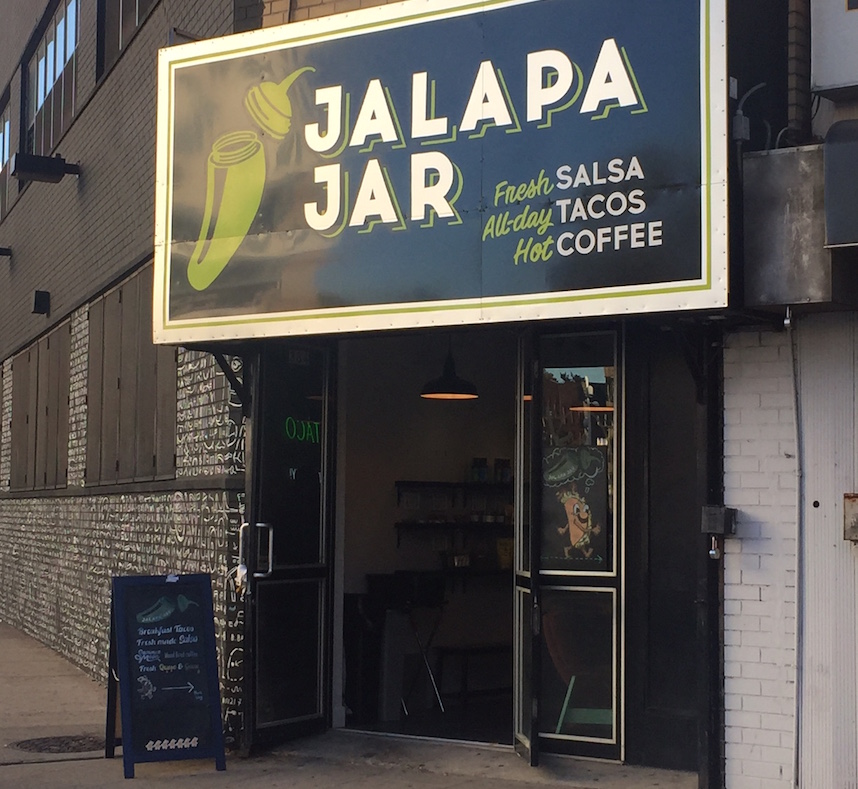 This new combination grocery and restaurant–or grocerant as Byrnes calls it–is open from 7:30am to 11pm, and sells not just breakfast tacos, but taco bowls, salads, chips, salsa and queso, as well as salsa by the jar and other Brooklyn-made treats, a much larger selection than their first location in the Clark Street subway station in Brooklyn Heights. It’s technically a pop-up, since the building they’re in is slated for development in 2019, but that’s long enough to get used to treating yourself to bacon, egg, potato and salsa-filled tortillas in the morning.

If you’re not familiar, speaking in the broadest of terms, since the matter of breakfast tacos, their ideal ingredients and origins is one that can get a person kicked out of Texas, these tacos come served on your choice of corn or flour tortillas, and are usually filled with some combination of eggs, potatoes, and bacon, chorizo or other meat. Jalapa Jar makes a bacon, egg and mashed potato taco, topped with your choice of cheese and one of their salsas, and there is also a chorizo version, as well as several vegetarian options. They serve lunch and dinner tacos, as well. 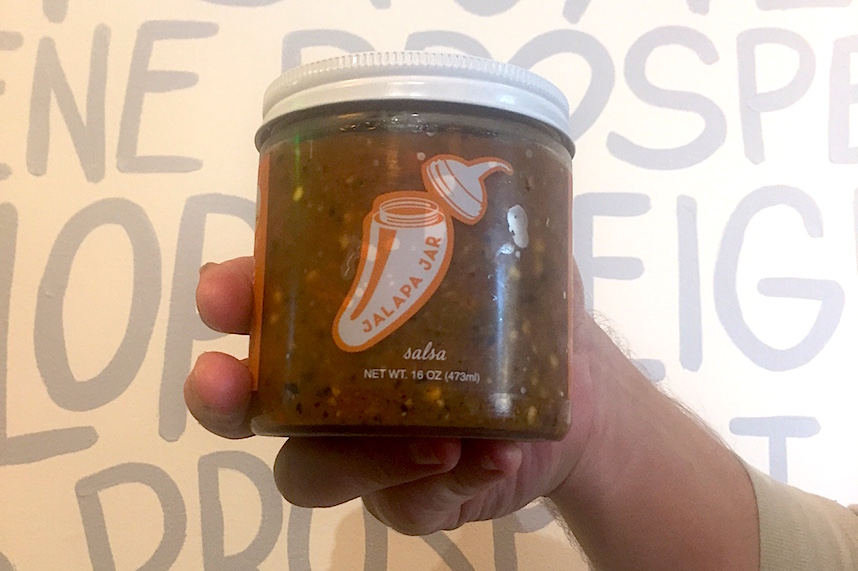 Jalapa Jar started small, back in 2006, when Joel Nearing, one of Byrnes’ long-time friends from Texas, developed a salsa recipe while in culinary school that he tried out on family, friends and colleagues to rave reviews. Byrnes was so convinced that Nearing’s salsa was a winner that he and his cousin Steve Smith decided to join forces with the chef, and find a wider audience for it. They made a splash on the salsa scene by setting up a pop-up shop just outside the Austin Hot Sauce Festival in 2015, and the positive response encouraged them to keep moving forward.

“We then got lucky, and got into Smorgasburg,” Byrnes says. “We parlayed what we did at the salsa festival into a Brooklyn version. We’re developing new fans of the salsa.” 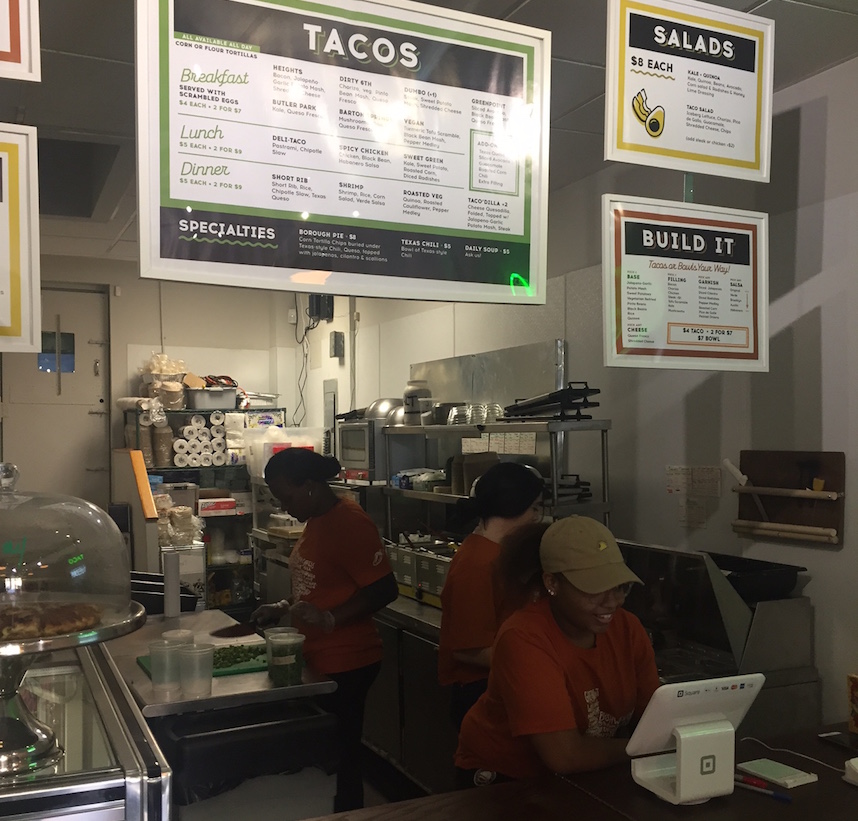 Since January of 2016, Jalapa Jar has been producing their salsas–there are now three varieties–mild, medium and hot–at the Pfizer Building in Bed-Stuy. You can find jars at Greene Grape, Sunac, Brooklyn Harvest Market and Foragers, and they hope to one day sell Jalapa Jar in Whole Foods. They opened their first taco stand, at the Clark Street subway station in Brooklyn Heights, in August of 2016, as a way to spread word of their salsa, and bring the breakfast taco to Brooklyn.

So far their Schermerhorn Street spot has been a success, and not just for breakfast. Just a few days after opening lunch time was already busy.

“Customers are more conscious of what goes into their food,” Byrnes explains. “People gravitate toward fresh food. We’ve committed ourselves to keep the flavor.” 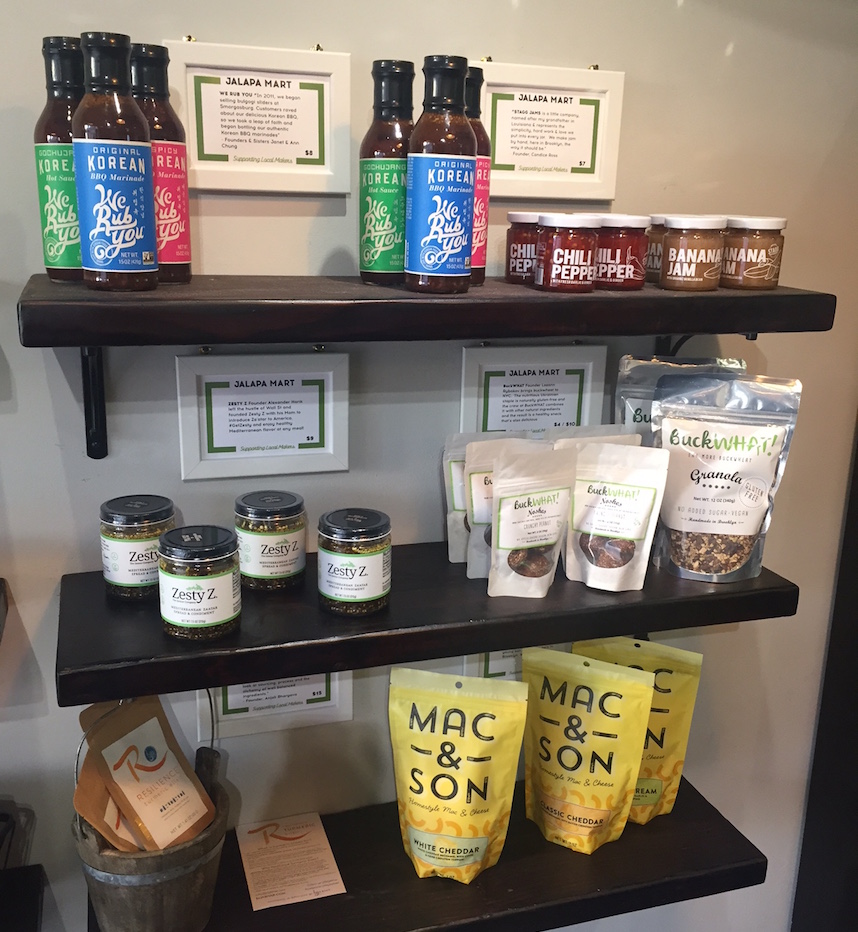 They’re also excited to feature products from food producer friends from the Pfizer Building, including cookies from Legally Addictive and Good Batch, We Rub You Korean BBQ sauce, and Zesty Z za’atar spread.

“We’d like to support our friends and what they’re making,” Byrnes says. “We’d like to think we’re actually helping them, and give more visibility to their products.”

Another plan is to collaborate with fellow food producers on Tuesdays to create specials together.

“It would be a fun way to get our name out there,” Byrnes says. “We’ll show off what we’re doing and what others are doing.”