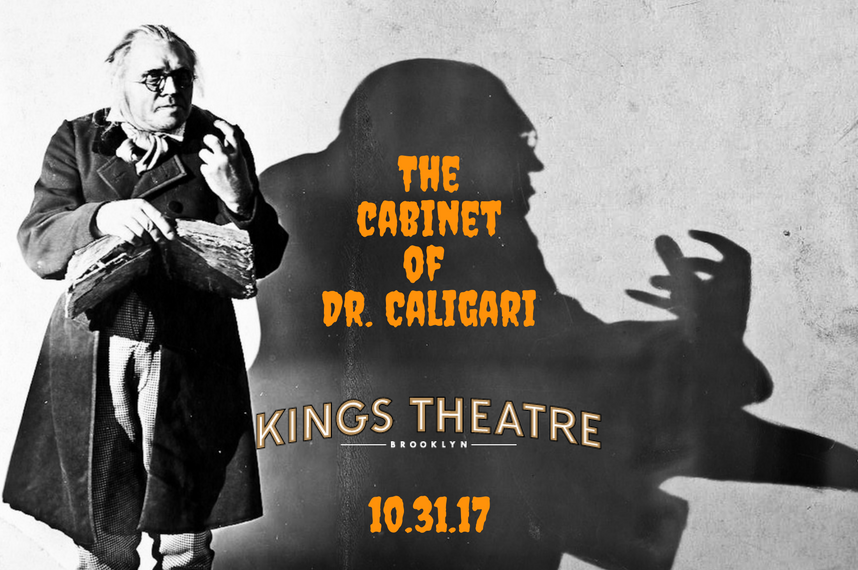 This Halloween, Kings Theatre will return to its black-and-white days as a 1920s movie palace with a haunting screening of the first true horror film ever made, The Cabinet Of Dr. Caligari.

To reimagine the experience of visiting a movie palace in the silent film era, Kings invited Catskill Jazz Factory to fill the 88-year-old theater with live music. Musicians will perform throughout the lobby, on stage, even in one of its hidden rooms.

Catskill Jazz Factory first screened Dr. Caligari in an upstate haunted house a few Halloweens ago, and recently performed a series of sold-out engagements at the New York Botanical Garden. The music incubator often brings new life to old places through music, but in the case of the beautifully restored Kings Theatre, founder Piers Playfair will be reinventing the past in a setting that has already been revived. “It’s a cinema to die for,” he says.

From the minute you step inside the lobby you’ll experience room upon room of curiosities, as guests are greeted by the French (and Transylvanian!) Gypsy group, Tatiana Eva-Marie & the Avalon Jazz Band. Somewhere hidden inside in the theater, you’ll also hear from South African-born, award-winning jazz singer and composer, Melanie Scholtz, also known as the “lone looper.” Preceding the film itself will be Tchaikovsky’s gloomy “Piano Trio In A Minor (Opus 50)” and the seven-piece ensemble Rags & Roots will perform a mashup of 1920s era jazz during the screening of the cult-favorite, 1921 film.

This is not the first time Catskill Jazz Factory will be partnering with Kings Theatre. Their Silver Screen Experience series will bring even more immersive events in the new year.

But this will certainly be the most devilishly glamorous Halloween in Brooklyn.

Tickets start at $25 and are on sale now. 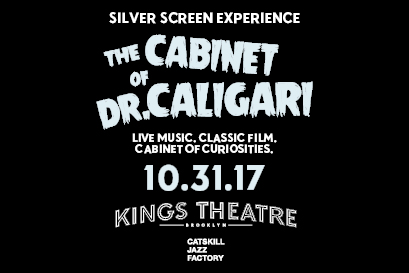