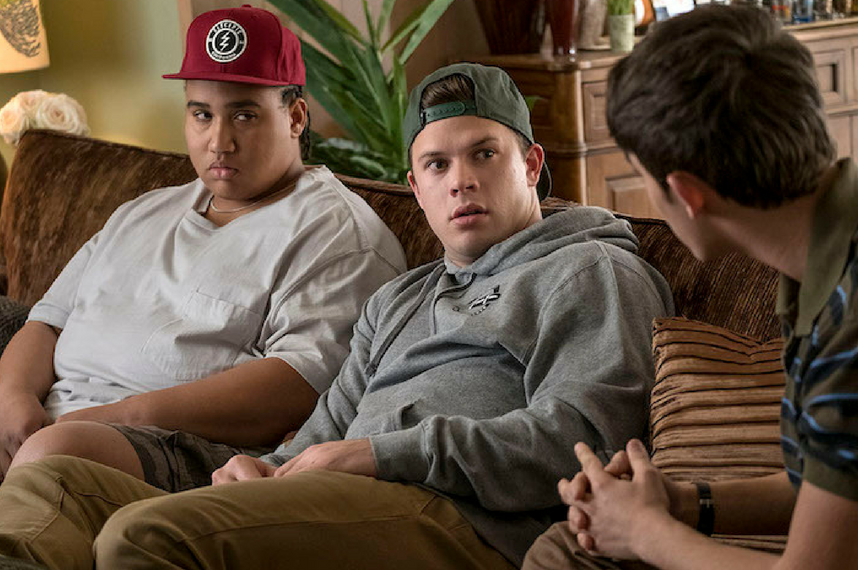 I’ve always had a strict no television policy during Thanksgiving. It’s fine if a houseguest wants to watch the parade in the morning, but once the first bottle of bubbly gets opened and the appetizers make their way onto the table, it’s food, music and conversation that take center stage. I’ve often had to work the day after Thanksgiving, but on years when it’s a four-day weekend, there’s nothing I like better than a solid binge-watching session or movie marathon with leftovers. Here are 11 suggestions for shows and movies to curl up on the couch and enjoy with a piece of pie.

She’s Gotta Have It, Netflix

This new Netflix series by Spike Lee, based on his 1986 film of the same name, comes out on Thanksgiving Day and I might just lift the TV ban and watch. According to The Daily News, Lee’s wife, Tonya Lewis Lee who also executive produced the series, convinced her husband that the world needed more Nola Darling, the lead who finds herself dating three very different men and trying to figure out how to navigate all that drama. The early word is that it’s great, and very timely, with the strong, complicated, black female role.

I recommended Godless as one of my top picks in 10 Culture Essentials for November, and I stand by that. I’m not sure whether I’m more excited to see a Netflix series by Steven Soderberg, a Western in which women are presumably the heroes, or Jeff Bridges as bad guy, but this looks incredibly binge-worthy. 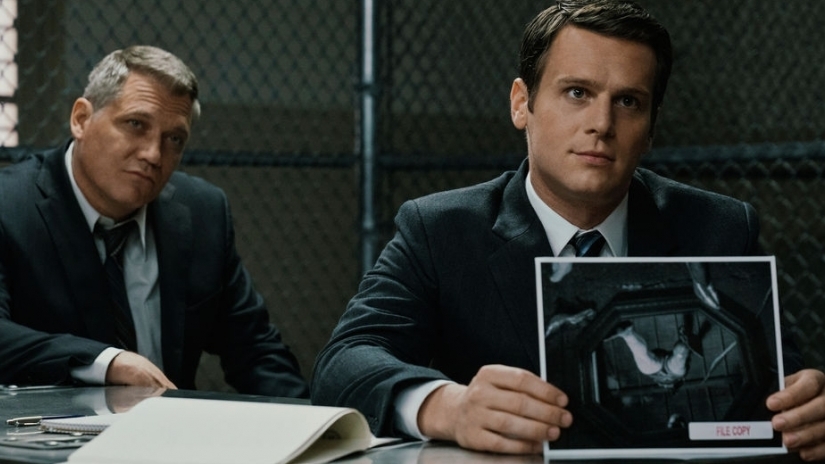 Haven’t watched yet? Unless you really, really hate everything about all cop shows and serial killers ever, it’s time to get with the program. The most creative procedural to come along in a long time, Mindhunter rarely shows us actual violence, relying instead on conversation, unreliable narrators, the criminally insane and two very tightly wound FBI agents. A warning though, once you start watching, it’s all you’ll think about and then when you finish you’ll just want more. 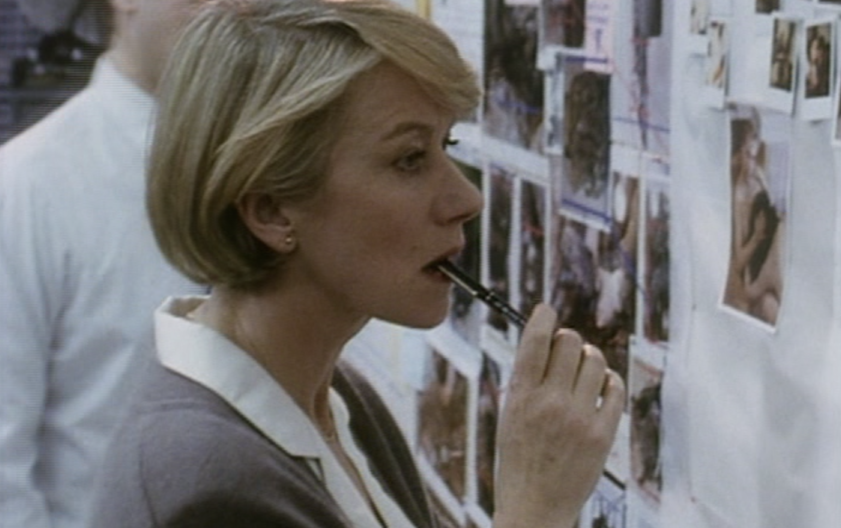 While we’re on the subject of police procedurals, check out Prime Suspect, a British show that ran for seven seasons starting in the early 90s. It stars Helen Mirren as a super smart, tough as hell detective, and is in some ways incredibly dated (shoulder pads and car phones), and in some ways depressingly relevant (her constant struggle to gain respect in the workplace). There are tons of great British crime dramas on Britbox, which is well worth $7 a month, if you’re in to that sort of thing. 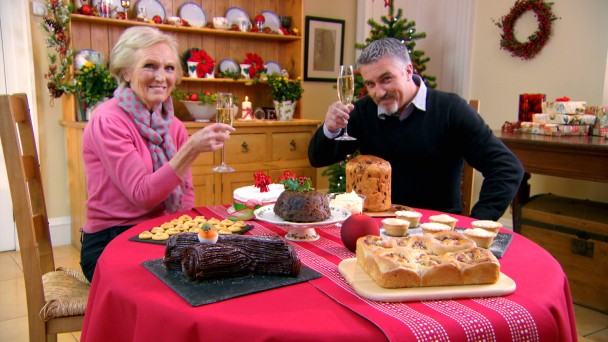 If Thanksgiving leaves you hungry for more feats of culinary mastery, and you’re in the mood to watch something funny and genuinely warm, look no further than The Great British Baking Show. There are four seasons available on Netflix and it’s just such a pleasure.

Maybe you’re all turkeyed out and exhausted by Thanksgiving expectations. Cleanse your palate and watch Bite of China a series by Chinese state television that travels all over the country looking at what people eat, how they grow and gather it and how they cook it. Yes, it’s propaganda meant to foster national pride and unity, but it’s also gorgeously shot and incredible to watch. You may need to head to Flushing after a few episodes to track down something particularly delicious. 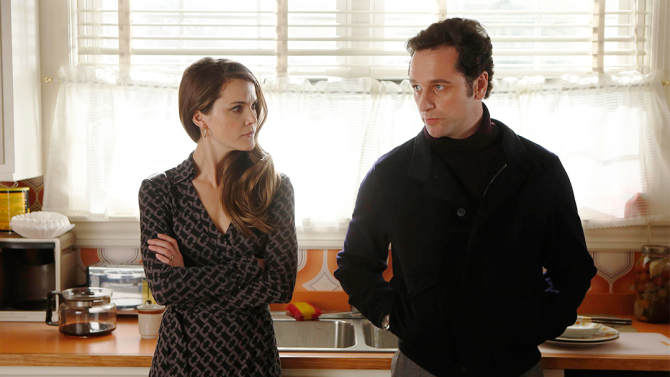 Whenever I rave about The Americans at least one person present tells me that they just couldn’t get into the show. Here’s the thing—they’re not wrong. The first season gets off to a slow start and you’re not really sure why we’re entering this story at this time. Give it the benefit of the doubt and press on, this is one of the smartest and best shows on television. It’s about belief, faith, family, marriage and the deep pain that accompanies profound love. It’s also about the Cold War, feels weirdly on point right now, and the 80s period set dressing, cars and clothing are ridiculously fun to ogle. The final season will air next year and I’m already so heartbroken I’m not even sure I can watch. 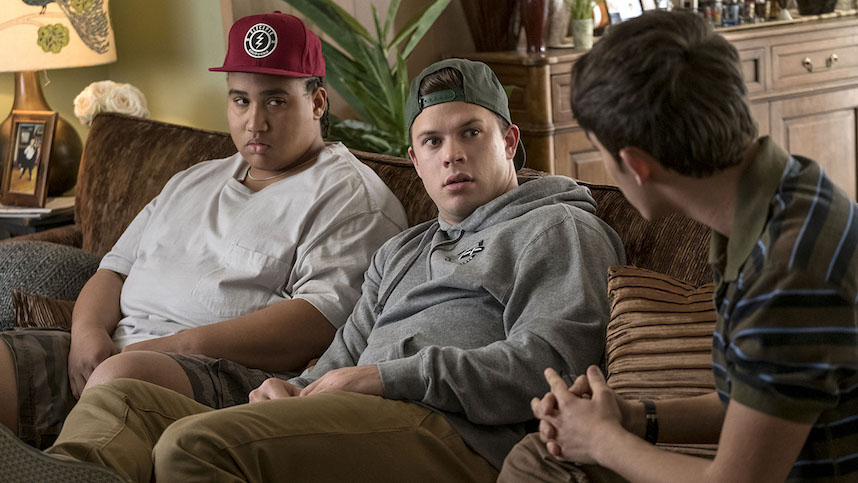 Maybe it’s the whole watching our country morph into a banana republic in the space of a year thing, but I’ve been craving some levity lately, so I’m glad I discovered not one but two funny shows on Netflix that I blazed through this fall. If you tend to get obsessive about true crime podcasts/documentaries like Serial or The Jinx or Making A Murderer, you should consider taking American Vandal for a spin over Thanksgiving break. The satirical mockumentary follows the story of Dylan Maxwell, a high school ne’er-do-well who is immediately presumed guilty when 27 cars in the teachers’ parking lot are spray painted with crude penis drawings. Dylan has a checkered reputation among students and teachers alike, but did he “do the dicks”? His hilariously earnest classmate Peter, an aspiring filmmaker, sets out to get to find out the truth. The series, which was created by Funny or Die and College Humor vets, expertly weaves comedy, an actual whodunit, and a nuanced portrayal of the American high school experience, and you can theoretically get through the whole season in one particularly lazy tryptophan-induced couch session. If you love all things British and are looking for another funny show involving a different Dylan entirely, check out Lovesick, a two-season sitcom chronicling a 20s-something nice guy’s efforts to track down all of the women he has slept with so he can tell them he has chlamydia. It’s equal parts witty and raunchy and sweet and nostalgic and an all-around feelgood show about love and friendship, and the way that important people have a tendency to come in and out of your life over and over again.–Kate Hooker

If you have kids coming to Thanksgiving, say in the five and up range, then watch this gem before the remix, Jumanji: Welcome to the Jungle, comes out in December. The original is one of those movies that I missed entirely, as I had no reason to watch a kid flick when I was 20. But now that I have kids who actually like The Emoji Movie, a film that received less on Rotten Tomatoes than I thought possible, Jumanji is quality family cinema by comparison. The title refers to the board game that a young boy starts to play with a friend in 1969. On the first play, he gets sucked into the game, right before her eyes. Flash forward to 1995, and a young Kirsten Dunst and her brother discover the game in the attic (the incessant sound of tribal drums emanating from it is pretty hard to ignore), dust it off, roll the dice, and along with the killer mosquitos and demented chimpanzees who appear after each subsequent move, out pops Robin Williams, who has been stuck in the game, which takes place in a jungle, for the past 26 years. The juxtaposition of a New England town being inundated with elephant stampedes and oversized bugs and one very violent British hunter is highly entertaining, like Indiana Jones light, plus you get to spend over an hour with the dear, departed Robin Williams. Why they did not choose to simply remake this film with Jack Black in Williams’ role is beyond me–all it really needs is some 21st century CGI. But I’m still looking forward to the sequel.–Nicole Davis

Have you not seen Atomic Blonde yet? Or has one of your guests still not seen it? Find any excuse to stream it this weekend. This spy vs. spy thriller is set in Berlin just before the wall came down, and Charlize Theron as a MI6 agent is just amazing in it. Not only does she rip every bloke and Stasi stooge to threads, she does it while wearing The. Best. Outfits. For a gorgeous, talented actress who has decidedly dressed down her looks in just about every movie she’s been in, from Monster to Mad Max (yes, she was hot, but in a post-apocalyptic way), this is the first where she appears as beautiful as she is. A killer New Wave soundtrack makes the double crossing romp even more fun.—N.D.