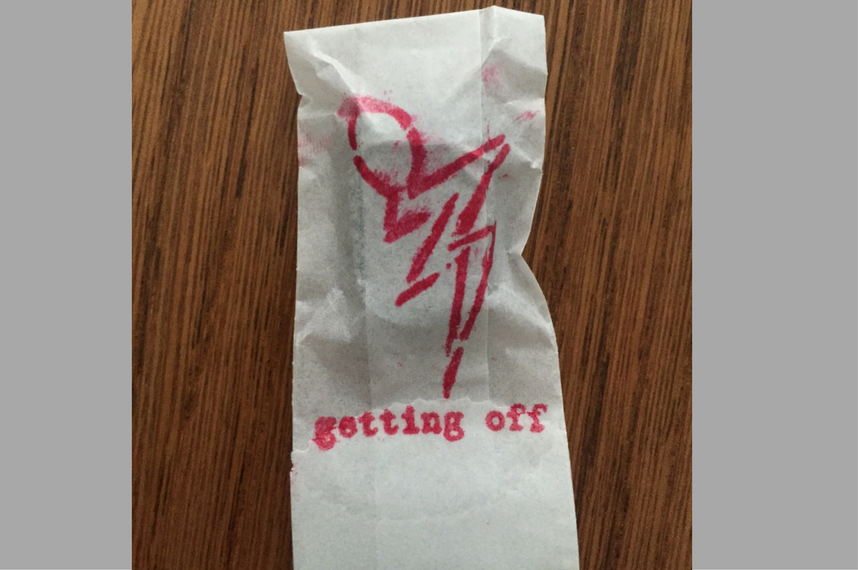 Author Jonanthan Reiss, who often wrote for Brooklyn Based a few moons ago, is reading from his acclaimed debut novel, Getting Off, at the Franklin Park Reading Series’year-end bash on December 11.

Its anti-hero is a heroin addict whose hustle is doing just what the title suggests and streaming it online for men who’ll pay just enough to get his fix. Paula Bomer, another favorite writer of ours, calls it “a refreshingly dark book, with pretty much zero redemption for his characters but plenty of attention and love.”

The e-book version is sold in clever little heroin bags, but you could get lucky and win a copy of his book or one of the titles by his fellow readers/writers: Ruth Franklin (Shirley Jackson: A Rather Haunted Life), Katherine Faw (Ultraluminous, Young God), Victor P. Corona (Night Class: A Downtown Memoir), and Lee Matthew Goldberg (The Mentor). The evening begins at 8pm and draft beers are just $5.