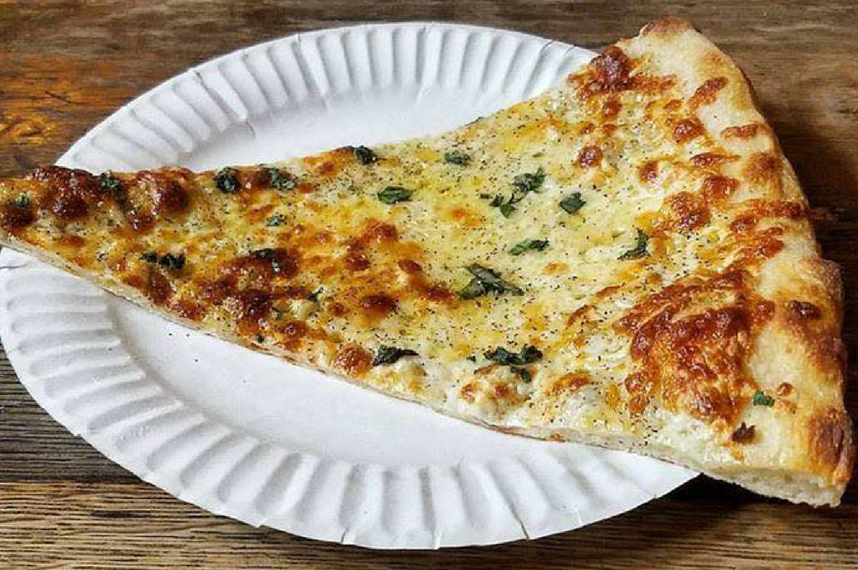 Let’s be honest: 2017 was not the best year ever for foodies. We started the year still in post-Election denial, stuffing our faces with whatever passable comfort food Seamless could get in our mouths ASAP, and ended it wondering just how many of our favorite chefs were about to be outed as creepazoids by the #MeToo movement. Along the way we had our very own local answer to the Fyre Festival with the trainwreck that was the New York Pizza Festival; saw yet another Brooklyn-based caterer skip town with a slew of wedding deposits; and then lost two of our best local food-news sources when a union-busting billionaire shut down Gothamist and DNAInfo. All that and the price of bacon went through the roof! But a new year has arrived, so it can only be up from here. From old-style pizza joints to trendy new cocktail bars, here are the new places that have us drooling with anticipation for 2018.

The great Neapolitan pizza revival of the past decade has brought fancy wood-fired fare to nearly every neighborhood in the city, but too few of those vaunted pizzaiolos have dedicated time to upping the borough’s slice game. Fortunately, Paul Giannone of Greenpoint’s beloved Paulie Gee’s will be branching out this spring with a simple slice shop just a couple blocks away from his flagship spot. Look for classic cheese pizza, Sicilian squares, and vegan options topped with housemade cashew ricotta – all sold by the slice, ready for the New York eat-and-walk.

Neighborhood You’re Not Eating in Now But Will Be: Hasidic Crown Heights 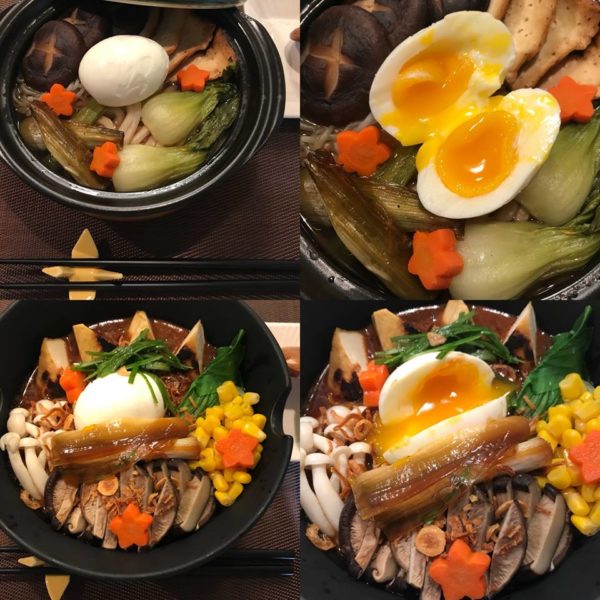 While Franklin and Nostrand Avenues in Crown Heights get lots of attention, there are great under-the-radar eats to be had in the much less buzzed about Jewish section of eastern Crown Heights. A stroll down Kingston Avenue is worth it for the rugelach-filled bakeries and old-world grocers, but also for extravagant fried-egg-and fake-bacon-topped burgers at Boeuf and Bun; cheesy pies at feuding thin-crust pizza joints Basil and Calabria; and a little further over, divine croissant-dough cinnamon rolls at Brooklyn Artisan Bakehouse. Over on Troy Ave, there’s BBQ at Izzy’s Smokehouse, and next up is Pho-Men on Troy, a Kosher noodle house where the Pho features beef broth and boiled brisket, or chicken with matzoh balls. The bahn mi sandwich will have beef tongue paired with grilled pastrami, along with much more traditional takes on Japanese-style ramen and udon noodle soups. 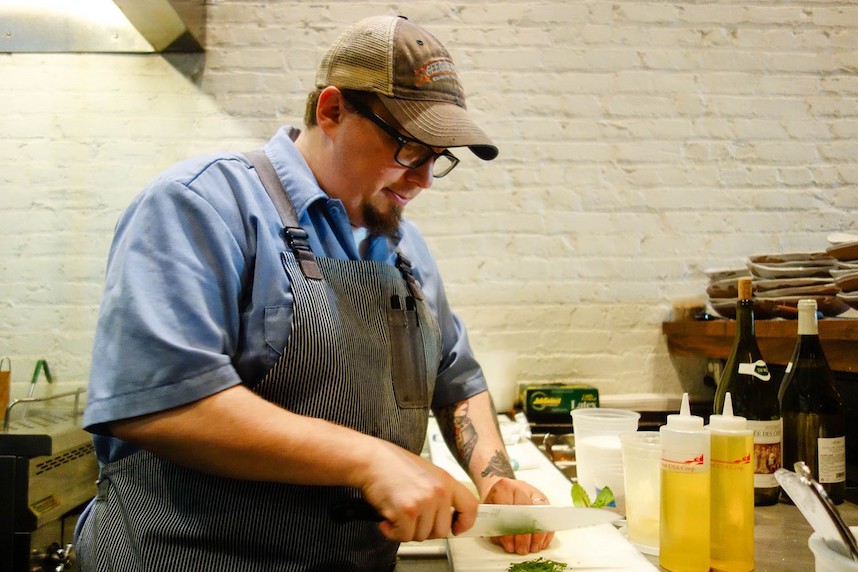 There was a time not so long ago when you couldn’t get much more than egg drop soup and greasy sesame chicken when it came to NYC Chinese food outside of Flushing, Sunset Park and Manhattan’s Chinatown. But a bevy of new restaurants like Han Dynasty and Biang have introduced New York neighborhoods to much more unique Chinese fare. Next on board is this newcomer from Chef Kevin and Deb Adey of Bushwick’s Italian eatery Faro. Responding to a lack of Sichuan options in Bushwick, Adey is branching out with this casual, affordable spot serving spicy dishes like handmade dan dan mian noodles soaked in chili oil.

This one went from authentic indie cool to corporatized condo amenity faster than you can say “Smorgasburg.” Food halls filled with a bevy of artisan option seemed so novel and fun at first, but lately they’ve started to feel like they’re cut out of a premade farm-to-table mold at Walmart. Let’s slow this trend way down, please. 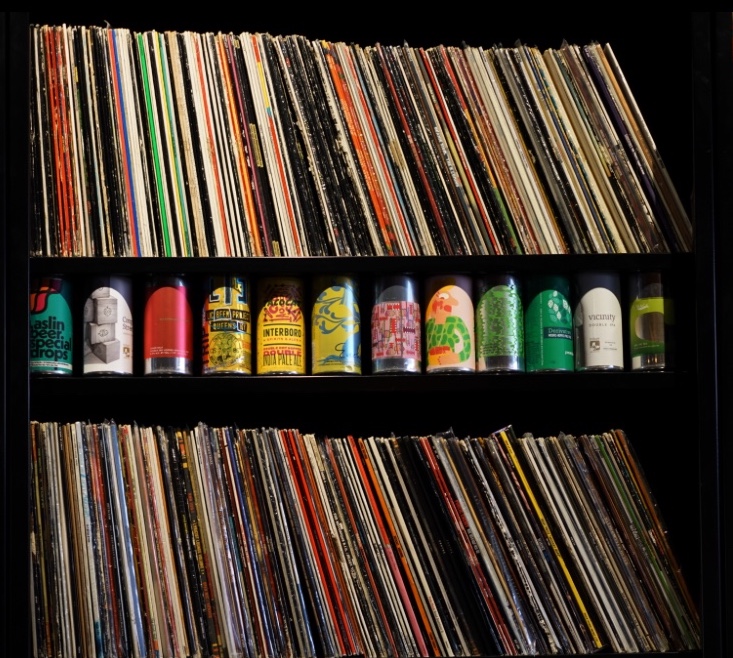 After raising more than $30,000 on IndieGoGo, this records-and-beer bar soft-opened in Prospect Heights last month. The vinyl-lined space not only churns out sweet tunes, but has as good a beer list as we’ve seen anywhere in Brooklyn. On-draught novelties like Duclaw Brewing Company’s Sweet Baby Jesus Chocolate Peanut Butter Porter are joined by a healthy lineup from local craft brewers like Staten Island’s Kills Boro and Brooklyn’s own nomadic brewery Grimm Artisanal Ales.

Good beer-soaking eats will be on hand at Lowerline, set to open later this winter with New Orleans-style fare including po-boys, gumbo, and freshly shucked oysters. 794 Washington Ave (near Sterling Place); lowerlinebk.com

Grimm Artisinal Ales is opening up a brewery and taproom any day now in East Williamsburg. The opening date continues to be pushed back—last year it was summer, then fall, in part because the custom brewing system they purchased from a fabricator in Oregon went bankrupt after they’d already sunk thousands into tanks that were never built. But now that there are tap lines appearing on their Instagram feed, it seems the time is nigh when you can enjoy their dessert stouts and double IPAs straight from the source, and take their gorgeously designed cans and bottles to go. 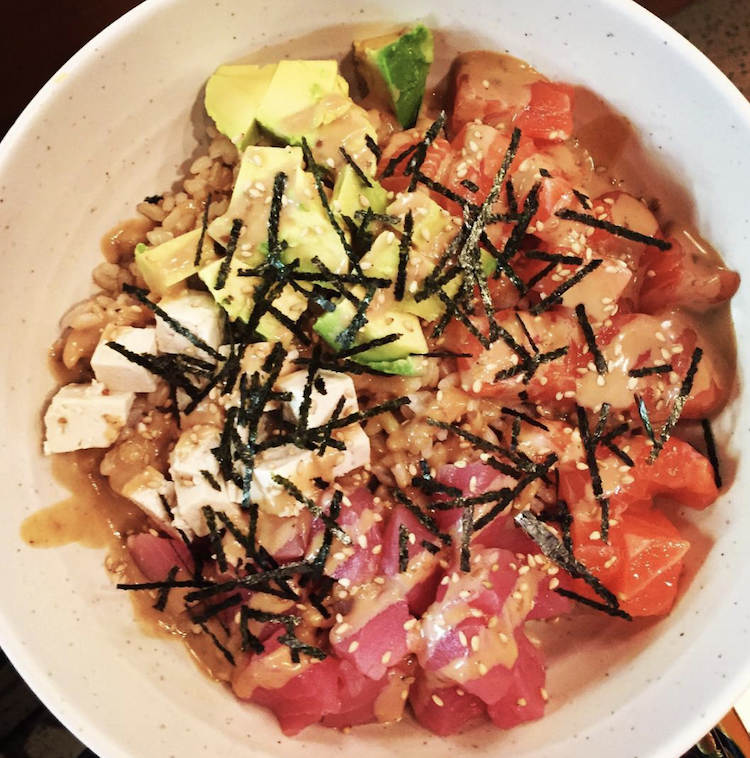 Billed as a “Japanese version of Eataly,” and run by the owners of Michelin-starred Kyo Ya in the East Village and mini grocery chain Sunrise Mart, the 20,000-square-foot space will be the newest culinary addition to Industry City, complete with an izakaya restaurant, sake store, matcha tea, specialty Japanese grocery store, fried-food shop and much more. Did somebody say “fried food shop?” See ya there.

Billy Durney of Red Hook’s awesome Hometown Bar-B-Que will turn his meat-y talents to pastrami and corned beef with a Hometown Deli opening later this year in IC.

Actually, Another New Food Hall We Are Excited About: Building 77 at the Brooklyn Navy Yard 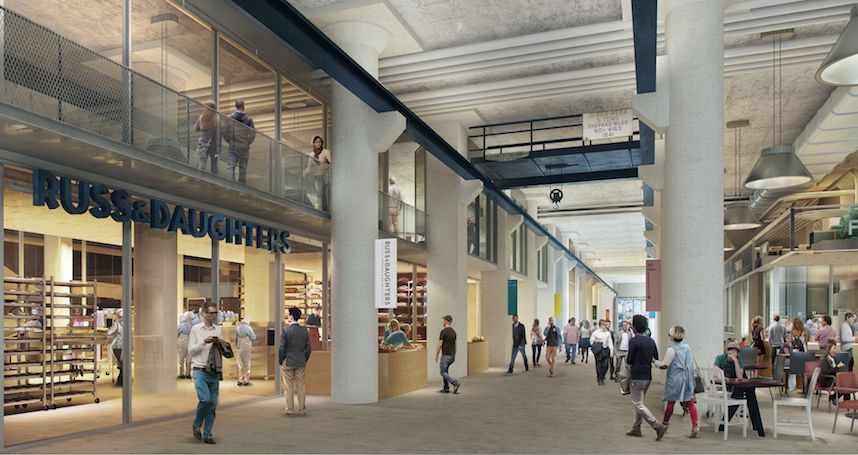 We’ve been hearing for about two years now that a “public food manufacturing hub” was coming to the Navy Yard—aka another food hall. Its home, Building 77, recently had its ribbon cutting in November, but tenants like Russ & Daughters, who will move their entire appetizing production to the 60,000-square-foot ground floor, are still building out their spaces. When they and other local institutions like Transmitter Brewing Company and Food Sermon all open up for business, this will be a food court worth trekking to. We’re especially excited for something called Pizza Yard, run in part by Massimiliano Nanni, formerly of Saraghina and now Lella Alimentari. Now if there was just a shuttle between Industry City and the Navy Yard…