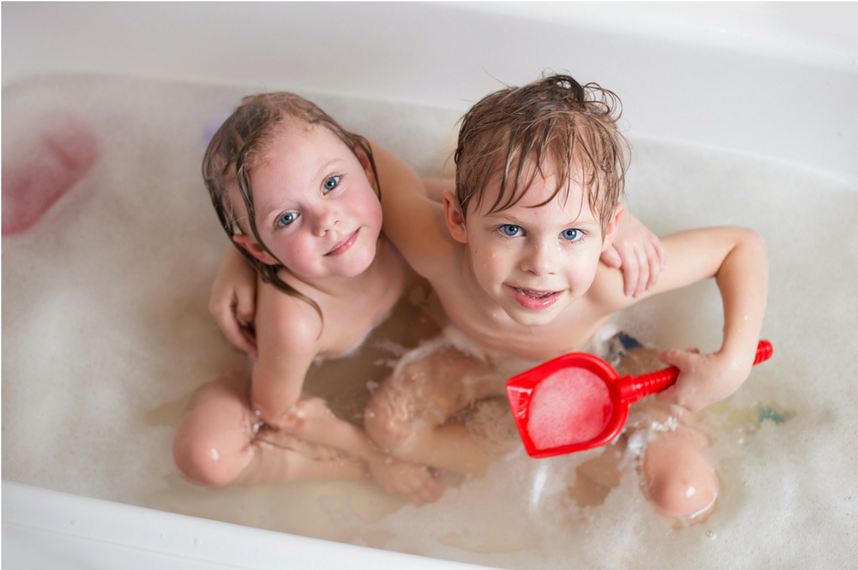 This marks our first installment of Ask Janah. Our resident expert Janah Boccio, LCSW, has over 12 years of experience teaching students and parents about sex and sexuality, and will help readers have the same, informed conversations with their own kids. In addition to working at an independent school in New York City, Janah maintains a psychotherapy practice where she works with adolescents and adults focusing mainly on anxiety, relationships and gender and sexuality diversity issues. She is currently working towards her Ph.D. in Sexuality Education at Widener University. Got a sex ed question for Janah? Submit it here. We’ve also created a Facebook group to discuss this story and other parenting news and issues. Join the conversation here!

I tried to teach my seven-year-old daughter and five-year-old son that they are in charge of their own bodies, thinking that it would prepare them to say no to any unwanted touching. But it’s backfired. Now when either doesn’t want to get dressed or brush their teeth, they use it as an excuse. Recently, when she and her brother were playing, I caught them in the bathroom touching each other’s privates. When I asked them what they were doing, my daughter said, “He said I could and he’s in charge of his body.” How do I handle a situation like this in the future and clarify what I mean?

Signed,
No Longer In Charge

Dear No Longer in Charge,

First, let’s talk about why it’s important to talk to your kids about their body being their own and private. One of our jobs as parents is to do our best to protect our kids as much as we can. That includes having conversations with them about their bodies and how nobody is allowed to touch them, especially their genitals, or private parts, in an effort to protect them from being sexually abused.

Explaining to your child that nobody is allowed to touch them without their permission and that nobody is allowed to touch them on their genitals, is important information to simply and directly state. You can explain that sometimes an adult may need to help them keep safe or clean, like a doctor at an exam or a caregiver who wipes their bottom, but these moments are brief and they are never secret.

Research has shown that kids who know the proper names of their body parts (we’re talking about penis, scrotum, vulva and vagina) are less likely to be sexually abused, and more likely to get help if someone does touch them inappropriately. If nicknames are used for those body parts, information may get confused if a child attempts to tell an adult that someone is abusing them. It might also communicate the idea that the genitals are shameful, and may lead to a child not telling an adult if someone touches them inappropriately.

You can start using correct terminology right away, when bathing or changing your baby’s diaper. (For instance: “We’re going to wash your vulva now.”) As they get older, say 3 and 4, you can explain that as their parent, your job is to help them take care of themselves, but that nobody is allowed to touch them without their permission. Many parents extend this to not forcing their child to hug someone, even grandma, which sets a strong foundation for a child learning how to trust their instincts and that they are allowed to set boundaries with other people, even those they love. Ultimately, these conversations should happen early and often —it’s not one “talk” to give.

Which brings us back to the question. If it’s our job to keep our kids safe, it’s their job to test the limits. So if they try to get out of taking a bath or getting dressed in the morning, remind them that you are there to help them be healthy and to do the daily tasks we all need to engage in. Remind her that she gets to decide who she hugs, but you are there to help her keep her teeth clean so she doesn’t get any cavities.

If your child says that her brother said it was ok to touch his penis, explain to her that being curious about bodies and genitals is normal and understandable, but that our bodies are sensitive and private and her brother’s body is not for her to learn on. Get a book designed for children that has drawings and diagrams of body parts, including the genitals, and read it together. (Robie Harris’ Who Has What? is a good one and the kid’s website, Kid’s Health, covers the reproductive system as well.) Many young children are curious and play games with each other that involve exploring their bodies together. While it’s normal and understandable, it’s important to neutrally and gently interrupt such play. Tell the children that it’s not safe or ok to play games with private parts. Try not to tell them it’s inappropriate, which is an “adult” word. You don’t want to shame them, and part of that means using simple, plain language that conveys your meaning easily.

Some parents worry that interest in these kinds of games indicates that their child was abused or points to a deeper problem. If, after two interventions, the game continues, or if it includes adult-like behavior such as asking a peer or an adult to engage in specific sexual acts, involves grown-up words or phrases, or if it looks like adult sex, and you get an “uh-oh” feeling in your gut, it may be a sign that that the child may have been exposed to sexually graphic images or sexually abused in some way. If you have concerns that either is the case, speak to someone about it. Your child’s pediatrician or school counselor can be a good resource on how to get more information from your child and to determine what the next steps might be. If it is another child, speak to their parent about your concerns.

In general, though, it’s all very typical behavior.

Ask Janah a question, and she’ll cover it in an upcoming column. Talk about this one in our Facebook group.