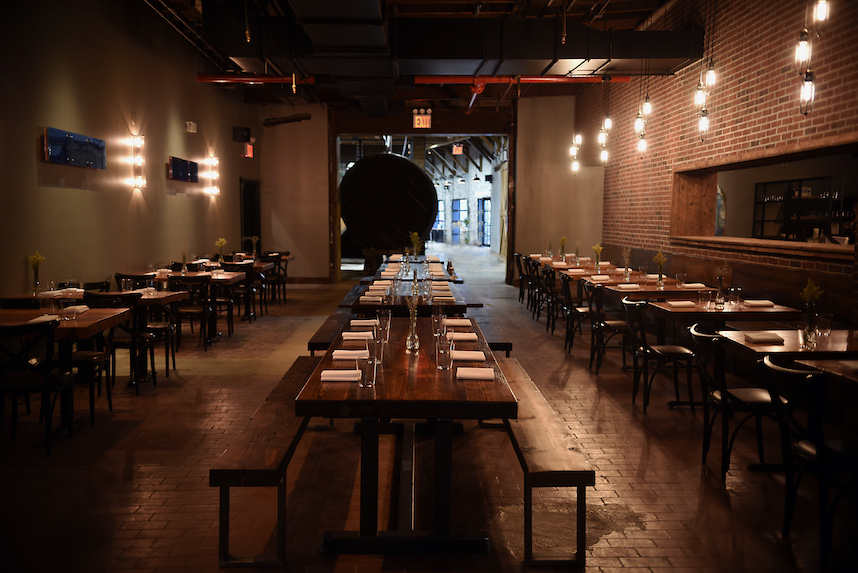 Cider is having a big moment Brooklyn, with the arrival of Peter Yi’s Brooklyn Cider House, four years in the making.

The approachable but upscale Cider House in the heart of trend-setting Bushwick seems intended to elevate the profile of this oft-overlooked wine alternative by offering an immersive cider experience: Try a flight of cider at the bar, or enjoy an affordable family-style prix-fixe dinner with pairings ($32 for the vegetarian option, $37 for meat and fish). Starting January 27, Brooklyn Cider House will also be serving Saturday and Sunday brunch, featuring a “Ciderosa” made with the Bone Dry cider and fresh O.J.

RELATED: 6 ciders to try this fall

Though the apples are sources locally in upstate New York, this style of cider house, called sagardotegi, hails from the Basque region of Spain, where these quasi-steakhouses evolved from a time when potential buyers brought their own food to cider tastings. Brooklyn Cider House, which took over a 12,000-square foot space on Flushing Avenue, carries on the Basque tradition of Txotx or “cider catching” — those eating dinner are invited to a $15 guided tasting of the signature raw cider, “caught” directly from the barrels, which serve as a kind of hidden centerpiece of the sprawling cidery-restaurant. 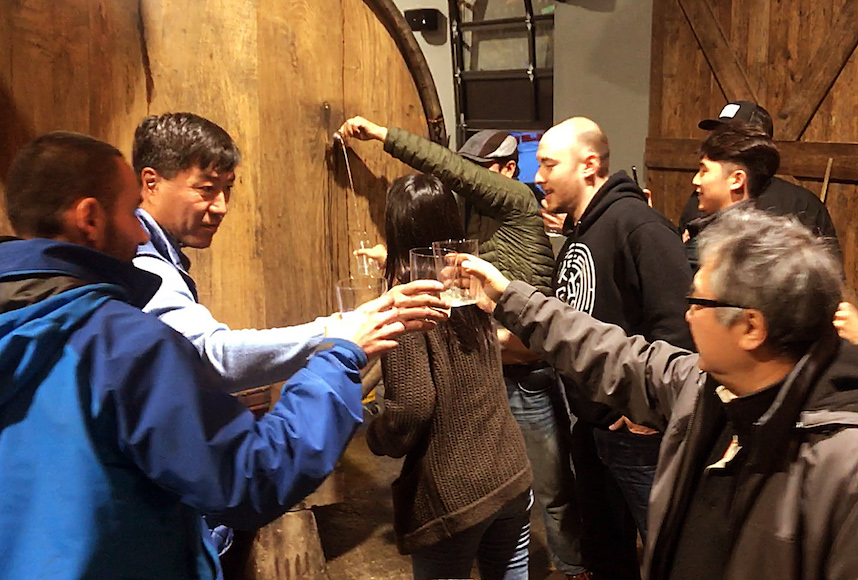 The space is perhaps best described as “sleek rustic” with tall beamed ceilings and a clean design featuring lots of wood and eye-catching art painted right on the walls. The former warehouse space opens to a warm and welcoming bar area with plenty of sturdy cocktail tables and seating for larger groups. Reservations are suggested for the formal dining areas in the rear, and make sure you have plenty of time: For the full experience, diners should block off two and a half hours — and bring a bunch of friends, or meet some new ones. The communal tables are perfect for family-style dining, making Brooklyn Cider House an ideal spot for a grown-up special occasion outing that’s not too stuffy.

RELATED: Why cider is everywhere these days

The craft ciders served at Brooklyn Cider House are made either on-site, as the raw cider is, or at Yi’s Twin Star Orchards in New Paltz (about two hours north in the Hudson Valley). The in-house cider menu here is straightforward and unfussy, making it easier for newbies to discover where their preferences lie. The options are: Bone Dry, Kinda Dry, Half Sour, and Raw. The less adventurous may be tempted to go straight in for the bone dry, which our bartender likened to prosecco, but we had a hard time tasting the apples at all. The Half-Sour, on the other hand, is perfectly tart with just enough fruit on the mouth. We also loved the Raw Cider, which reminded us a bit of an orange wine.

For the uninitiated, we recommend a tasting flight — your choice of three for an affordable $9. And if you fall in love with one, take a whole bottle home for only $10. Brooklyn Cider House also offers a shortlist of bottles from neighboring New York cideries, like Black Duck from the Finger Lakes and South Hill Cider from Ithaca. 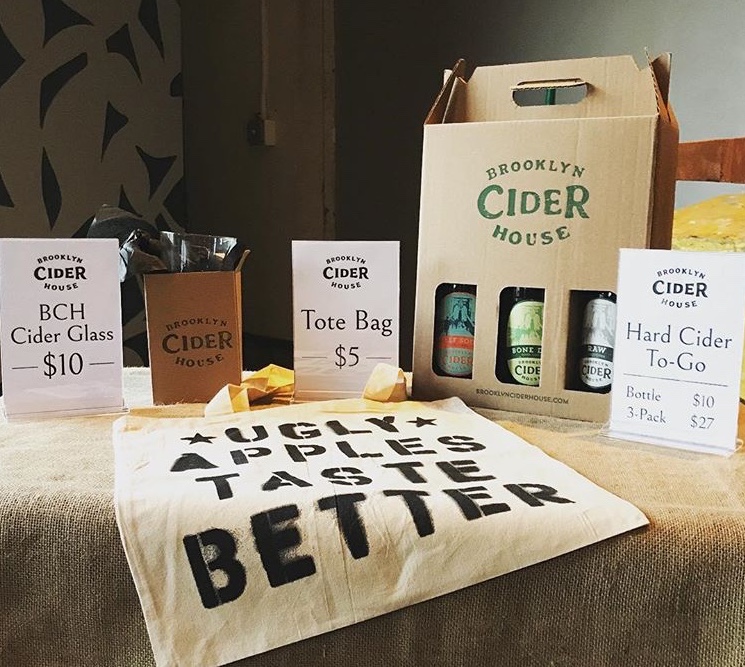 Pick up a tote on the way out and pick your own apples at the Cidery’s own orchard upstate. Photo: Ellen Killoran

A rotating beer and wine list (also exclusive to New York-based vineyards) means you can take anyone here, and the soon-to-be-expanded bar menu offers burgers, fries, and a portabella sandwich option for vegetarians. We highly recommend Brooklyn Cider House for a memorable group outing that won’t max out your credit card. On the way out, pick up a tote bag for apple-picking at Twin Star Orchards, a short day trip away.