The most surprising part of Downtown Brooklyn is that amidst the luxury condos and retail chains, there is also seriously good Chinese food and Taiwanese treats. Far from your local, run-of-the-mill take-out spots, these standouts have menu specialties ranging from dan dan noodles to soup dumplings that are among the best in town. Combine one of these restaurants with a movie at the Alamo or a shop at Century 21 and you have the perfect evening out. 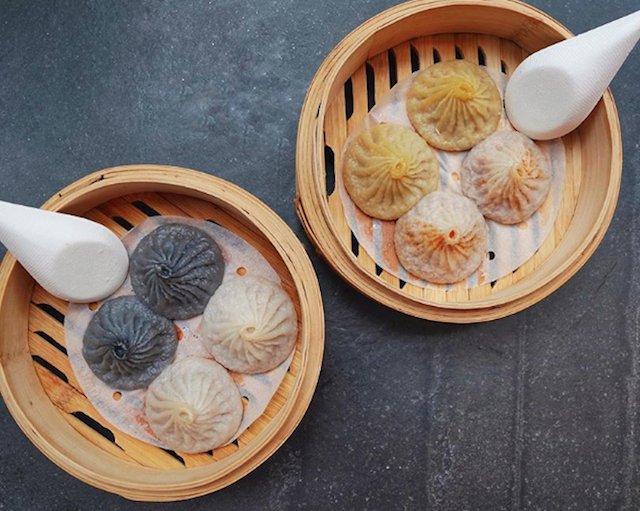 Possibly the best soup dumplings in Brooklyn are hiding in DoBro. Photo: @yasotangbao

Yaso Tangbao’s soup dumplings are the size of sand dollars and just as pretty. A thick dough wraps around creations like Blue Crab & Pork, Spicy Pork Chicken & Activated Charcoal or Yaso Pork, all squirting out delicious, boiling broth into your mouth or (more likely) onto your hands. You will need napkins. It will be worth it, for these may be the best soup dumplings in Brooklyn. Although you may read this and immediately turn to Seamless for an order, know that they don’t recommend you order the soup dumplings for delivery. They won’t be as good as fresh off the stove. You can order a perfectly delicious meal of spare ribs, pork buns or slightly sweet rice dumplings to go, but you will need to forfeit the soup dumplings, which are only for eating in this slightly hectic setting, at a communal table, with a big plastic spoon. Yaso Tangbao, 148 Lawrence St. Downtown Brooklyn 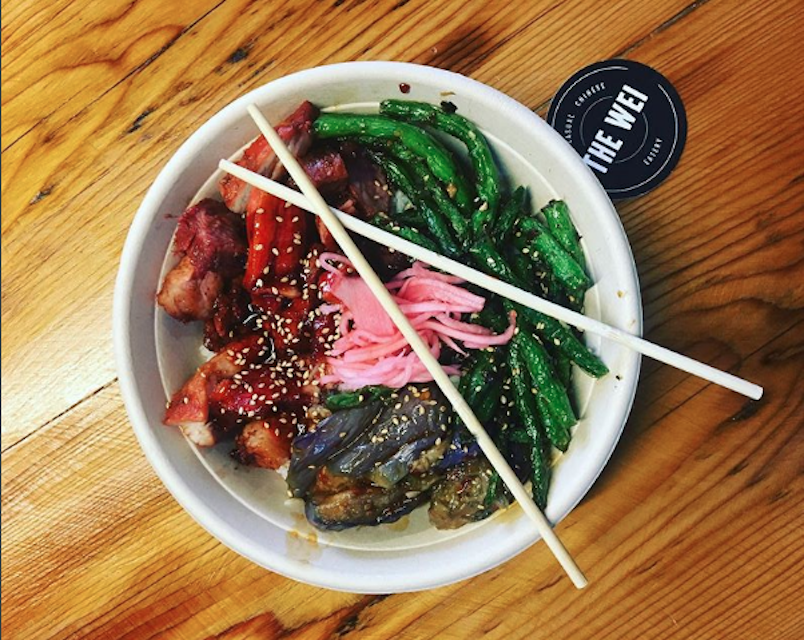 Choose your own adventure at this rice bowl spot, where everything is fresh and customizable. Photo: @thewei

A Yelp review calls the rice bowl restaurant The Wei the Chinese equivalent of Chipotle, because you start with choosing your rice base, add a protein, two vegetables and a topping. But this comparison is wildly unfair and the equivalent of equating a blueberry yogurt to a Tide Pod. There are similarities, but they are nothing alike. Calling itself a “fast-casual” restaurant, The Wei has its roots in Flushing, Queens where they developed their menu before taking their most popular options to Downtown Brooklyn. If you order the green fried rice as your base, you will find an aromatic Jasmine rice with a “secret scallion puree” dotted with egg. The barbecued pork will sweeten the bowl, and then an overload of bok choy and garlic-y string beans will offset the sweet with savory. Garnishes like fried scallion, sour cabbage, pickled radish or sesame seeds are to taste. It may be too much for one sitting, and you may have leftovers tomorrow for lunch, but it won’t be for lack of trying. The Wei, 30 Dekalb Avenue, Downtown Brooklyn 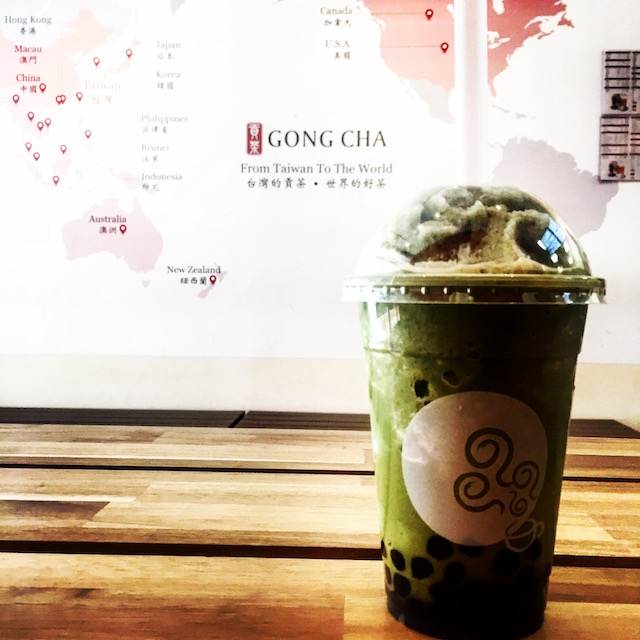 A Matcha Slushie is going to be your new favorite sweet treat– perfect for summer or winter. Photo: Meredith Craig de Pietro

Forget everything you think you know about Boba Tea. The rubbery, inedible balls and sickeningly sweet liquid have no place at Gong Cha. Here the oolong, black and green tea is brewed every four hours, the pearl bubbles are fresh, and you control the sweetness level (including unsweetened.) But here, you can also try a Matcha Milk Slush, a Taiwanese-style frozen dessert, where oatmeal, jelly, pearl bubbles, or red beans are buried under a mountain of shaved ice and sweetened to your liking with condensed milk. The mixture of cold and sweet, with textures of ice and chunk, pulled through a giant straw is unbelievably satisfying. Their slogan is “tea fit for royalty,” but I think it has more of a democratic appeal. It’s a slightly sweet treat that everyone will enjoy. Gong Cha, 156 Lawrence St., Downtown Brooklyn. 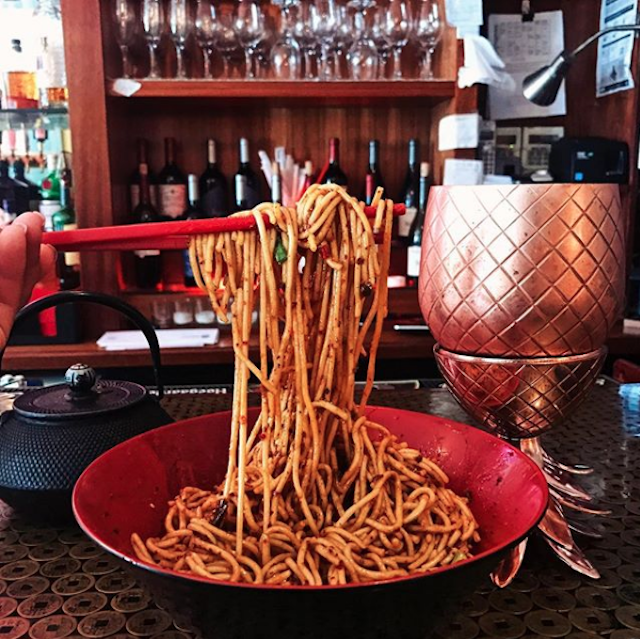 Han Dynasty is a Sichuan-style Chinese restaurant that started in Philadelphia and has branched out considerably. (Learn more about the seemingly fun chef, Han Chiang, on this episode of Vice’s Chefs Night Out, where he gets some “roadies” and eats wings.) The latest opening is in City Point, and it offers a sit-down atmosphere in what is otherwise a big food hall. It has that going for it, but, also it has the Dan Dan Noodles. When you order, your waitress will ask you if you’d like them “as is,” and she’s referring to the spice level of 6. (You can order all of the menu options between a scale of 1 to 10.) Tell her yes or level up. One minute later, a steaming bowl will be placed before you. The server will use utensils to mix the long saucy noodles in the bowl. The first bite will hurt a little, but the flavors are so balanced that you will immediately want to twirl up more. Your nose will start to run a little. You will drink your tea and probably your water. Your mouth will burn pleasantly. It may seem like a spigot has turned on in your brain, your nose a faucet. You will continue to devour the noodles. Hopefully you are there with a crowd, who are ordering family style, and you will have upwards of twelve dishes still to come. This is my solemn wish to you. It’s the Year of the Dog. Howl at the moon. Eat like a beast. Dekalb Market Hall, Inside the City Point Development, 445 Albee Square W, Downtown Brooklyn