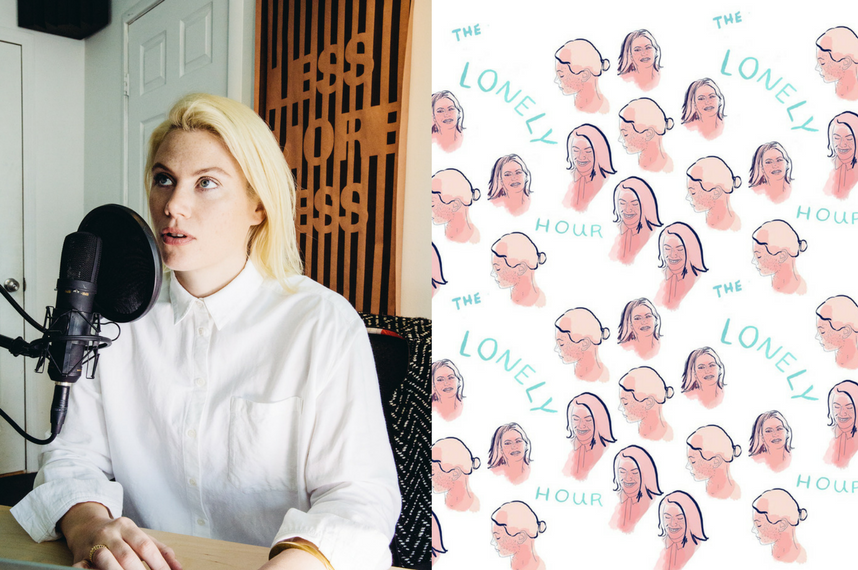 Writer and editor Julia Bainbridge is the creator and host of The Lonely Hour, a podcast delving into the role loneliness plays in our lives.  Photo courtesy Julia Bainbridge

We’re growing more lonely by the day. This, at least, is what the experts would have you believe, with earnest cries of a “health epidemic” engulfing us through the darkness of our digital screens. Our increasingly freelance coffeeshop-dwelling careers and our relationships orchestrated by the algorithm of choice both contribute to increasing social isolation. I can get yet more nihilistic, if you please; loneliness may well be a killer.

It was this bleak outlook of modern society that drove journalist and James Beard Award-nominated writer Julia Bainbridge to launch The Lonely Hour, a podcast delving into the role loneliness plays in our lives.

Each episode features guests ranging from chefs to comedians sharing their experience with loneliness. The quietly poignant conversations range from Abandon Me author Melissa Febos discussing the loneliness of addiction to artist and graphic designer George McCalman on experiencing racism within the predominantly white graphic design industry. Julia seeks loneliness in unexpected places (the resentments of new motherhood, for instance) and also unearths the upside of lonely times, such as the inspiration found through solo travel.

“I’m cataloging people’s experiences with loneliness,” she explained, talking from Atlanta where she recently left her role as food editor of Atlanta Magazine to focus on the podcast. “This show is not about chronically lonely people; it’s about how loneliness expresses itself in all people.”

The podcast began two years ago but is even more relevant now that we seem to have reached peak loneliness. In January, the British government announced the appointment of the brilliantly titled Minister for Loneliness, to help the British people cope with what Prime Minister Theresa May referred to as “the sad reality of modern life.” In America, the percentage of adults who say they’re lonely has doubled from 20 to 40 percent since the 1980s. The association between loneliness and depression seems self-evident, but more surprising is its proven link to cancer, heart disease, dementia, and diabetes. According to Vivek Murthy, the former United States surgeon general, loneliness will take as many years from your life as smoking 15 cigarettes a day.

When asked if she thinks a minister for loneliness might help matters, Bainbridge stresses she is no expert. She refers to herself instead as a “shepherd of the conversation,” and she is an unlikely shepherd at that. Vivacious, whip-smart, and charmingly brazen, not to mention a successful writer and editor, she is not someone an outside observer would peg as lonely. But she is, and she admits to it, something many of us are loathe to do. Part of the intimate pleasure of the show is the implied personal journey she is on to better understand her feelings of isolation, inviting us to do the same with our own.

Bainbridge cautions that the dramatic language lately employed in the press isn’t helpful with our more quotidian feelings of solitude. Part of the challenge in understanding the extent of loneliness’ impact is the complicated and often contradictory data. In the words of a 2014 study out of the University of Chicago by John T. Cacioppo and Stephanie Cacioppo, “loneliness refers to the perception that one’s social relationships are inadequate in light of one’s preferences for social involvement.” Social media exacerbates this correlation creating a falsely inflated perception of social involvement amongst our online communities, leaving our IRL experience inevitably wanting.

“Mental health, social media, it’s all interconnected, and we have such high expectations of what our lives should be,” said Bainbridge. “What I’ve learned from reader feedback is talking about loneliness makes people feel less lonely. Someone wrote to me recently saying it’s intensely comforting to know I’m not alone in my loneliness.”