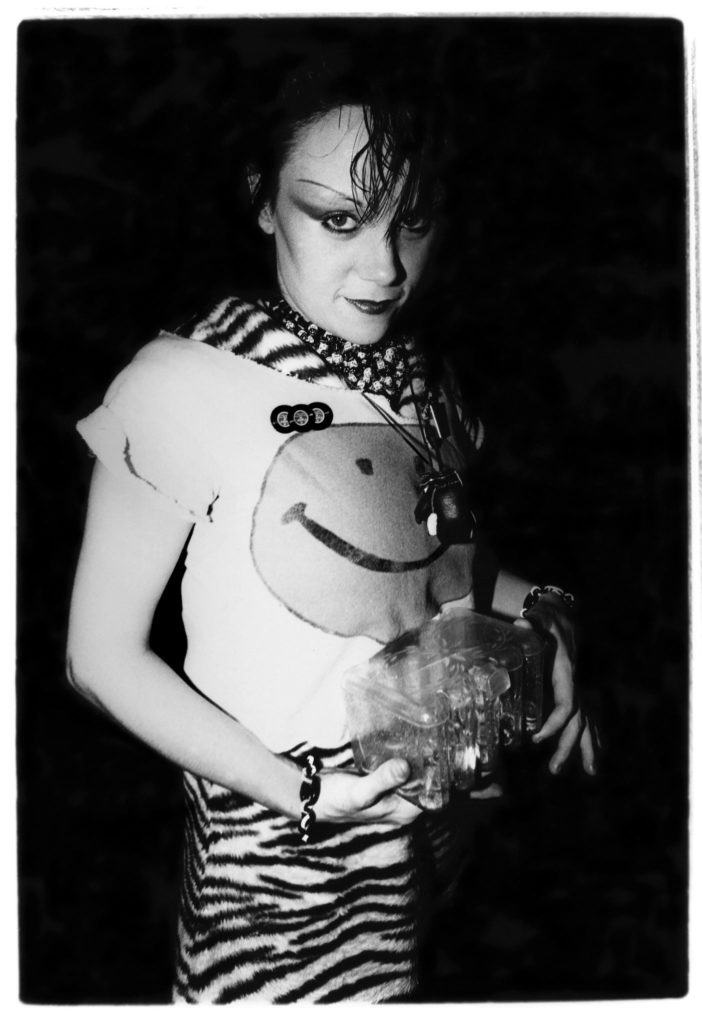 When a young aspiring photographer named Julia Gorton arrived in New York City from Delaware in 1976, she couldn’t have imagined what she was stepping into. Amid the crime and bad economy that was happening throughout the city, downtown Manhattan was thriving culturally due to the punk and No Wave scenes that were populated by the likes of Blondie, Iggy Pop, Television, Talking Heads, Richard Hell and the Voioids, James Chance and the Contortions, and Teenage Jesus and the Jerks. And Gorton was right in the middle of all of this gritty glamour and creativity by taking stark and candid black-and-white photos of those aforementioned artists as well as other downtown locals and scenesters. “You didn’t need to be perfect before you started,” she recently told Vice about the punk era. “I think that is why people react on such an emotional level to much of the music and art of that time.”

Over the past years, Gorton, who is a professor at the New School/Parsons, has unearthed her images and posted them Instagram, introducing the punk and No Wave scenes to a new generation who were either too young or weren’t even born when CBGB was the mecca of downtown. Interest in Gorton’s photography has been reignited not only through Instagram, but her works have also been recently exhibited at shows. Starting this Tuesday, Gorton’s photographic collection is the focus of a new exhibit Pretty in Punk: Downtown Girls, which will be shown as part of the ICP Museum’s Projected Series. For this show, Gorton’s photos will be seen inside the museum via monitors during the daytime, and the images will then be projected onto the museum’s windows and visible from the Bowery outside of the museum later that evening.

I first met Gorton in the latter part of 2016 while I was working on a story about the late fashionista Anya Phillips, whom Gorton photographed extensively. Here’s a brief interview with the photographer, who is going to appear as a panelist at this year’s edition of SXSW in addition to the ICP show.

Can you talk about the origins of this show at ICP?

The Projected Series is curated by Wesley Verhoeve who is the curator for this series. He found me on Instagram and direct messaged me there.

Can you discuss the theme of Pretty in Punk: Downtown Girls? I take it it’s based on your photographs of some of the famous and perhaps not-so-famous women from the scene, like Debbie Harry, Lydia Lunch and Anya Phillips?

The show is a selection of images from the late 70’s, most of which I shot not too far from the museum. The women included are all noteworthy in their own ways, whether they are familiar names or not.

When and how did the idea of posting your archival photographs on Instagram start?

I’d been on sabbatical from my job to finish up a book of my photos and realized that although people were familiar with my work, they did not know my name. I saw this happening on Instagram where my work was often posted, but not credited.

I started my @Julia_gorton_nowave account and began searching hashtags to find my images. I would leave a comment requesting a photo credit. I started to build a community this way and met many lovely people. 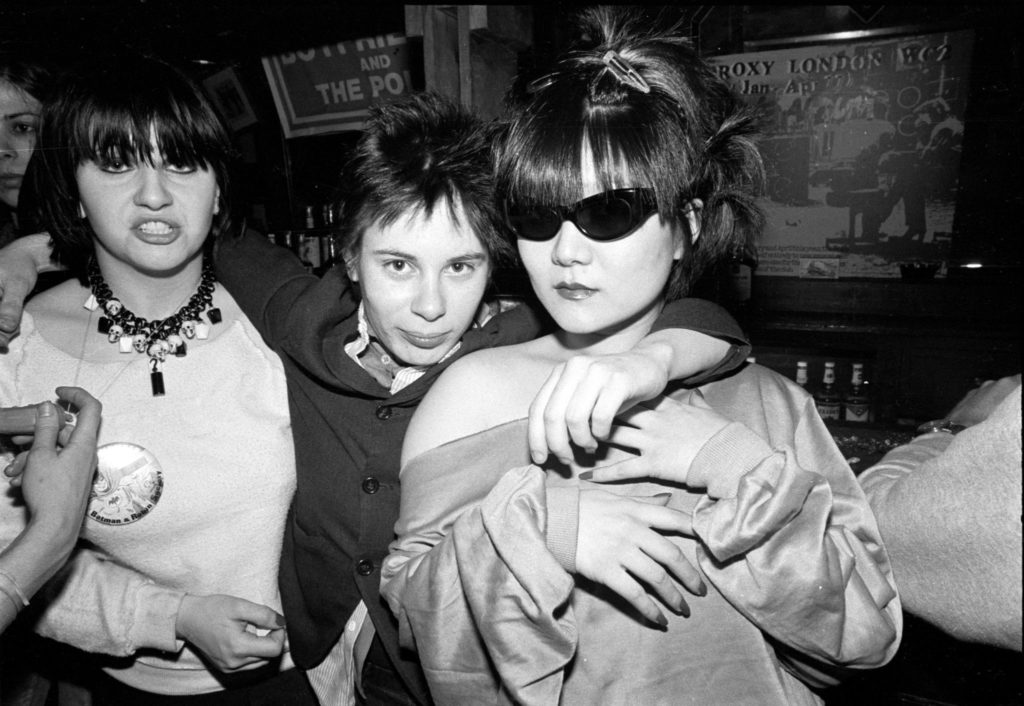 One of your frequent subjects is Lydia Lunch of Teenage Jesus and the Jerks. What was it like to photograph her?

I shot a couple of photos of Lydia and Connie Burg (from the band Mars) at CBGB’s one night. It was impossible not to notice her. She had, and still has, a big personality with a lot of drive. Always a great partner to work with. So many amazing photos of her came out of our sessions together. 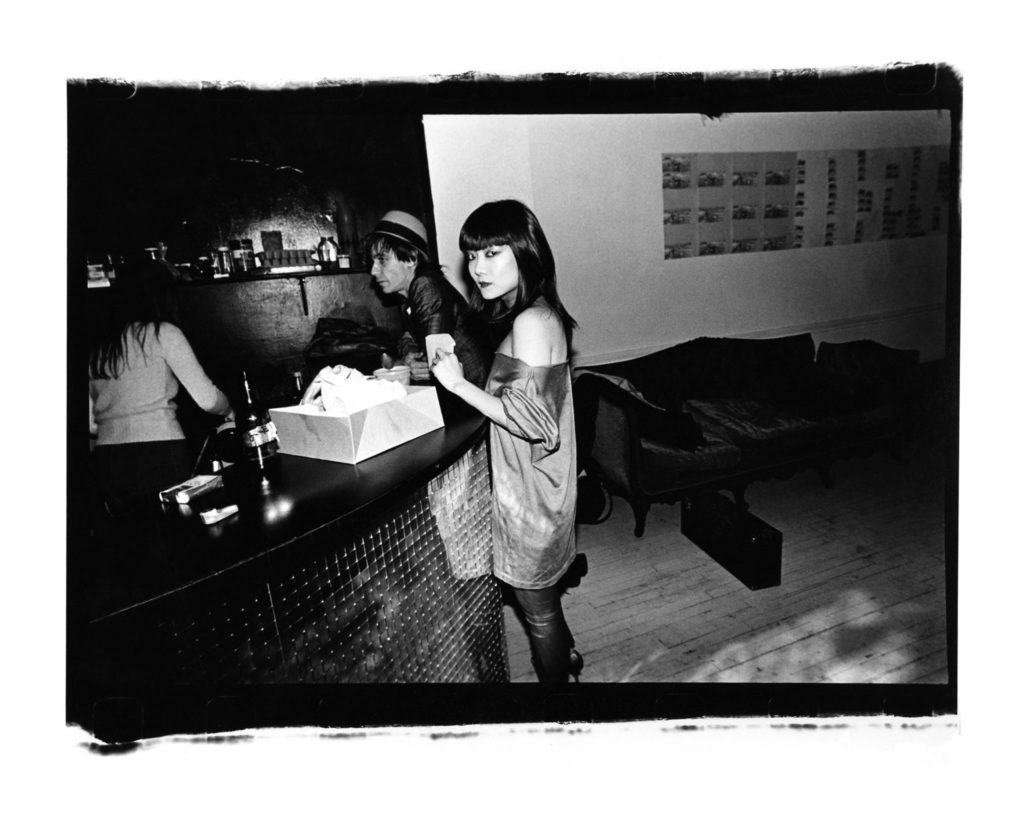 Another frequent subject who turns up in your photography is Anya Phillips. I have to say that your photos her in particular don’t make her look dated, because of her style and fashion sense. Did you know her personally?

I knew Anya, but only to a point. She was very professional, completely in control of her image and what she wanted to project. She was authentic and her look will never go out of style.

Could you have ever imagined that the photos you took of a major cultural and influential scene would continue to spark interest over 40 years later? And looking back at these photos, do they make you feel nostalgic or awestruck, thinking, ‘I can’t believe I was a part of this’?

It was — and will always remain — important to me. I’m glad that it resonates with people still. Awestruck, I don’t think so. Nostalgic, yes, perhaps just a little…

Pretty in Punk: Downtown Girls by Julia Gorton will be shown starting this Tuesday through March 12, at the ICP Museum, 250 Bowery. For information on Julia Gorton, visit her website and her Instagram account.

During evening hours – after the museum closes – images are projected in the windows and can be viewed from the sidewalk outside. On Thursday, the museum does not close until 9. During the day, the work is presented on monitors in the lobby. . #lindagibbs #icpprojected #prettyinpunk #cbgbs #nowave #punk #postpunk #juliagorton