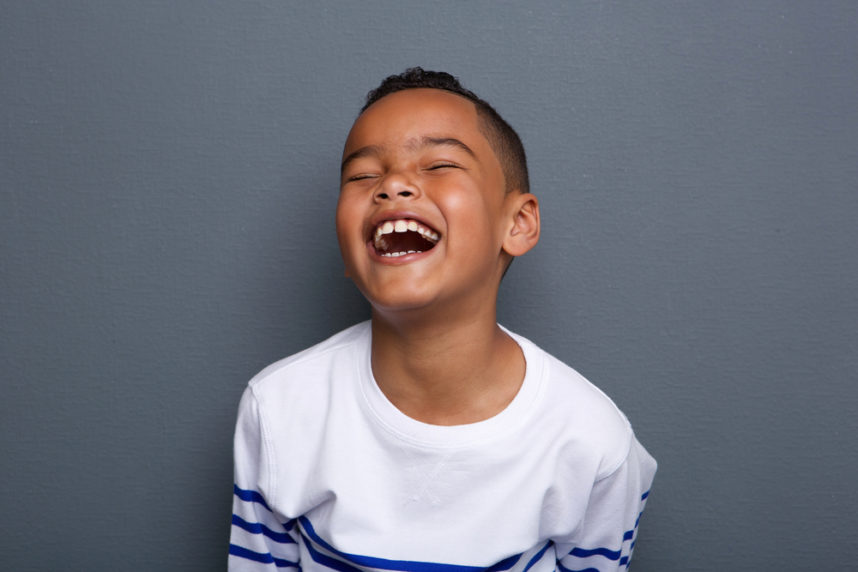 In our monthly Ask Janah advice column, our resident sex ed expert Janah Boccio, LCSW, answers questions about sex and all the touchy things you may not know how to approach with your children on your own. She has over 12 years of experience teaching students and parents about sex and sexuality and in addition to working at an independent school in New York City, Janah maintains a psychotherapy practice where she works with adolescents and adults focusing mainly on anxiety, relationships and gender and sexuality diversity issues. She is currently working towards her Ph.D. in Sexuality Education at Widener University.

Got a sex ed question for Janah? Submit it here. We’ve also created a Facebook group to discuss this story and other parenting news and issues. Join the conversation here!

This month we’re talking butts. Both of these letter-writers have a question about butt-touching that feels uncomfortable and are unsure how to address it with their kids. While the specifics are quite different, the answers are actually quite similar.

My husband and I are a “spanking” couple, in that we routinely spank each other as we pass each other in the kitchen, or wherever. We do try to keep the sexy spanking to a minimum when around the kids, but I know they’ve “caught” us on several occasions. These spanks are often accompanied by a kiss or an “I love you, Baby,” or another form of regular spousal affection.

In the times we’ve caught our kids witnessing these exchanges, they always have a sly happy look, like “I see what you’re doing, I don’t understand it, but I know you love each other” (to the best of my 4- and 8-year-old look translation).

My question is, we’ve recently caught THEM spanking each other (older boy, younger girl) in a very similar, “love tap” fashion and then giggling to no end about it. The first time, we didn’t say anything, but now it’s been four or more times, alternating who’s the aggressor, and they’re getting a kick out of it, but my husband and I are feeling like it’s completely inappropriate. We (unfortunately) used that word when asking them to cease. We’ve said some stuff along the lines of, “Daddy and I can do that in the house, but we don’t go out and do that in public.” Any ideas on how to communicate that it’s not really okay? Or is it okay?

My son and his (male) friend are in first grade, and are, naturally, obsessed with butts and all the glorious things butts produce. My son has told me that he and his friend play a game that results in my son touching (punching, mostly, I think) his friend’s butt and them laughing. He has also told me his friend laughs when he uses his finger to touch the middle of his friend’s butt—I don’t think quite his anus, but definitely in the vicinity. I told him not to do that, and he said “Why? [Friend] likes it and it makes him laugh!”

Why indeed? I think this sort of thing is entirely normal, and I am not at all uncomfortable having talks about sex, body parts, etc. However, I also don’t feel like I should endorse this behavior, not least because many other parents don’t see it the same way I do. There’s a line somewhere, and I don’t know where it is, nor do I know how to talk about it without getting into body shaming.

No Butts About It

I want to start out by saying I totally could have written that second letter! My own first-grader is very interested in butts, although primarily his own, and spends a lot of his time talking about, singing about, and pointing to his butt.

I appreciate how both of the letter-writers approach these conversations so thoughtfully and are wondering about how to put limits on their kids’ behavior without shaming them. That care and attention will go a long way in helping your kids grow up with a healthy attitude towards their sexuality. All of this interest in butts is very normal. Starting from a place of understanding of your kid’s curiosity can be helpful in minimizing any shame or discomfort they might feel when you address this with them.

In both of these situations, the concern revolves around two children touching parts of another’s body that we usually regard as private. After saying something like, “I understand you’re curious about this” or “I see this is something you and your friend find funny,” you can then explain that it’s important that they not touch other kids, even their siblings, on body parts that are considered private.

You can further explain that private parts are sensitive and need to be handled carefully, and that it’s not ok or safe to play with private parts, even butts. If you’d like, you can add something about how when they are older (late-teen or grown-up) they can decide if they want to engage in that behavior with a willing partner.

For the first letter writer, you can explain to your kids that you and your husband show each other love and affection a lot of different ways and that gently slapping each other’s bottom is one of those ways. You can talk about how different couples decide together what they like, and that siblings have other ways they can show love and affection towards one another. Help them come up with other ways they can appreciate and have fun together! Trying to avoid the word “inappropriate” is more about being simple and direct with your language and less about not being shaming, although that’s a goal too.

For the second letter writer, you can explain your concerns to your son, saying that in your house, being open about talking about bodies, sex, and intimacy is something you value and are comfortable with, but other families sometimes have different approaches to those things and it’s best to keep those kinds of jokes at home.

Ask Janah a question, and she’ll cover it in an upcoming column. Talk about this one in our Facebook group.